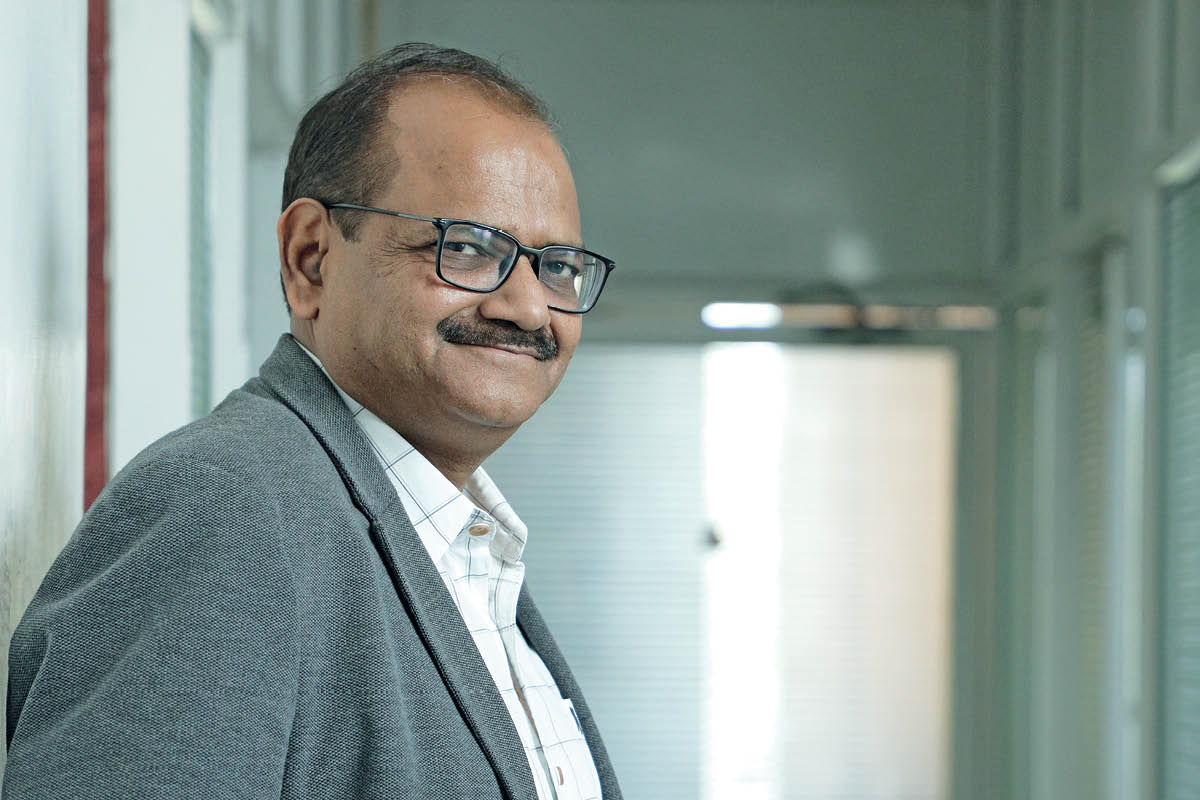 Bentonite (though you’ve probably never heard of it) is a tremendously versatile minor industrial mineral. Usually formed from the weathering of volcanic ash, the mineral is used in oil drilling, the iron ore pelletisation industry, the foundries sector, civil engineering and so on.

It is also used in the production of certain kinds of wine, cat litter, medications and farming methods. It’s found in a few large deposits around the world – the first large deposit was discovered in Wyoming in the US, while other deposits are worked by major mining nations such as Greece, Australia, Russia, Turkey and India.

India’s deposits are located in the state of Gujarat and, today, Gimpex-Imerys is playing a leading role in developing its clay deposits, led by CEO Pradeep Kothari.

The company’s present structure is a joint venture, owned in equal parts by Gimpex Ltd, an Indian mineral-based company, and Imerys, a French industrial minerals multinational.

Pradeep’s involvement preceded the partnership, which began in 2014; he first joined Gimpex Ltd in 2011 with a background as a mining engineer. When the joint venture came about three years later – initially between Gimpex Ltd and S&B Greece, the latter of which was acquired by Imerys – it was the start of a transformative process that Pradeep has led the company through.

“We have good command over natural resources in India supported by advanced technical support from Europe,” he explains.

“They have excellent facilities for developing value-added products, processes and practices. We are following best practices in environment, health and safety parameters as per European industrial protocols. The new plant design is also heavily influenced by best-in-class automated designs, a first in the bentonite industry.”

Pradeep started from a technical background, rather than a managerial one – he undertook a Bachelor in Mining Engineering long before he joined Gimpex.

Despite his present position as CEO, he says, at the end of the day, it’s still the mining industry and he’s still a mining engineer.

On the flip side, however, Pradeep believes the other half of the industry is marketing. The company’s approach to the market is unique, he believes.

Where other companies simply mine wherever possible and as much as possible, Gimpex-Imerys takes a more nuanced approach. “We are following a market to mine approach – what are the requirements of the market?” says Pradeep.

“Based on market requirements, our product development and mining is undertaken accordingly. So, we have a slightly different approach compared to other players in the market.”

Long-lasting, solid supplier relationships are also valuable to Gimpex-Imerys’ success. The mining company works in the same field in Europe. For more than 80 years, Imerys has operated one of the world’s largest deposits, after the deposit in Wyoming. 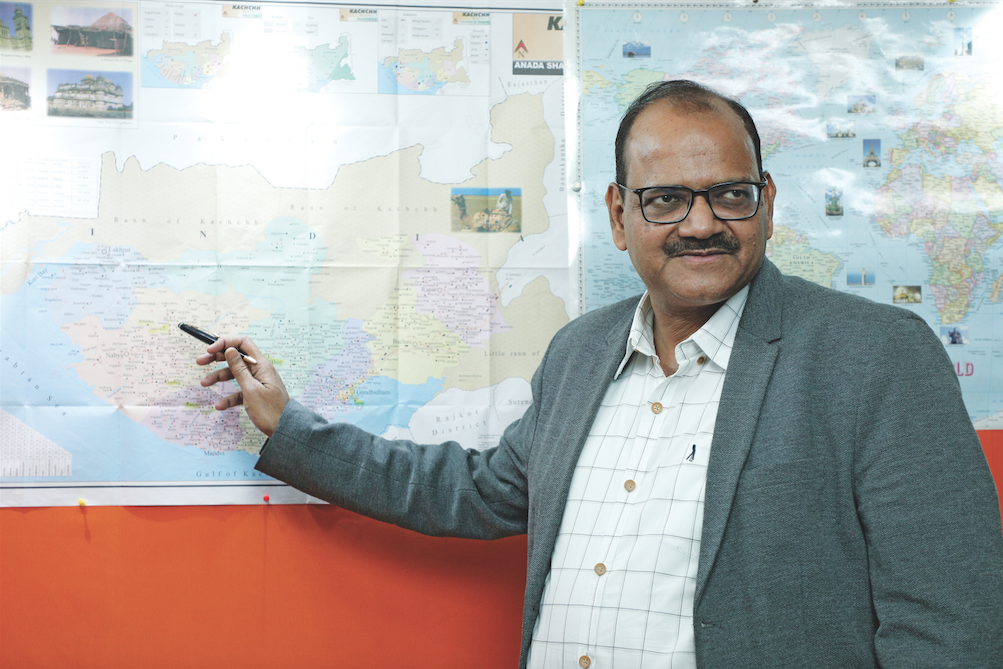 This deposit is located on an island in Greece called Milos, a small island near Athens. With this expertise and experience in bentonite, Gimpex-Imerys has a good grounding to exploit India’s resources. “Local resources are basically limited to Gujarat,” says Pradeep.

“India’s bentonite resources are very similar to the Wyoming bentonite deposit in the US. That’s why the joint venture, the partnership, has been a great help in developing this deposit, progressing in this field and growing the company globally.”

And this global growth has brought huge opportunities within reach of the company. This association has provided immense business opportunities with companies in Brazil, Australia, the Middle East and South-East Asia.

Pradeep says these international connections have also given the company the ability to overcome challenges and bridge a skills gap that was difficult before.

The JV was also supported by sophisticated processes and technology from Europe, the partnership also allowed Pradeep to share knowledge and skills from Europe with the team in India, and though the arrival of European staff initially required cultural coordination, it soon provided a chance to give local staff European skills and knowledge, and English language skills.

Of course, Gimpex itself – with proven credentials in oil drilling segments – had a fair share of market in the field of industrial minerals beforehand.

Founded in 1974 by the Goenka family and currently led by Mr Sameer Goenka, the company brought nearly five decades of industry experience in diversified minerals including barites, limestone, marble, coal and more to the partnership, and its classification as a Star Trading House by the Indian government validates its success as an exporter of minerals.

Despite the fact that Gimpex-Imerys represents the coming together of two successful businesses, Pradeep still has big plans for the company. “We’re focusing more now on the valuation of our industrial mineral,” he says.

“There are a lot of players in industrial minerals in India, and there is a lot of potential to be utilised. Value addition is one of them. On the other hand, we’re working towards long-term, sustainable growth of the company.

If you provide good leadership and good captainship, then your company will probably grow very fast.

“One of our plans for long-term growth is continuous automation of plant and processes. Further we are focusing on upgrading the manpower skills. Since we are interacting with Europe directly – our people are going there, their people are coming here – we’re aiming to be the best in industrial minerals in South-East Asia and the Middle East, by virtue of our manpower, plant systems and automation.”

To measure success in these areas, the CEO is pragmatic and numbers-focused, ultimately looking to see both the value of the company and its growth in exportbased volumes. Some challenges exist along the way, but Pradeep is well prepared to take them in stride.

“Industrial minerals are governed by the state government, and they have recently changed the mineral policy,” he explains.

“Our industry has certain challenges from the government policy, but we are working with the government, and interacting regularly with them about how we can develop these minerals to global standards.

“The second challenge is from the domestic market – consumers need to be updated and made aware about value-added products, so along with our European partners, we’re educating them and giving them the best results. We’re also providing collaborative technical support to our customers in the foundry and palletisation industries.”

Gimpex relies on a network of 10–12 major suppliers, who provide essential equipment such as packing material, chemicals and machine spares.

Gimpex-Imerys has maintained these partnerships through regular communication and coordination, such as annual vendor meets, which involve not only the major suppliers, but suppliers of all sizes.

These partnerships have persisted even through financial difficulties on both sides, so there’s an unspoken guarantee that both Gimpex-Imerys and its suppliers can rely on one another.

As Pradeep continues to drive the company’s exports and growth, he offers a few pieces of advice that define his brand of leadership. “Creating good coordination between your people is essential to providing good leadership, and can help foster growth in any company or any employee,” he advises.

“Leadership is all about identifying and promoting the right people. So, if you provide good leadership and inspiration to team members, then it will increase your company’s productivity and growth.”