Rick Howes believes that supply-chain excellence and innovation are what set mining company Dundee Precious Metals apart from its competitors.

Rick Howes believes that supply-chain excellence and innovation are what set mining company Dundee Precious Metals apart from its competitors. 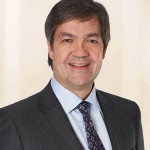 While based in Canada, Dundee Precious Metals (DPM) has international presence with producing mines in Bulgaria and Armenia, a development mine in Bulgaria and a smelter in Africa. It is engaged in the acquisition, exploration, development, mining, and processing of precious-metal properties, in particular, gold.

DPM is committed to creating a safe and socially responsible mining operation through a disciplined and opportunistic business model. CEO Rick Howes has a wealth of knowledge in the industry that extends over more than three decades. His experience includes progressive technical, operating, management and project roles in some of the largest underground mines and mining companies throughout Canada and, more recently, overseas.

Rick joined DPM in early 2009 as general manager and executive director before working his way up to executive vice president and chief operating officer one year later. In April 2013, he was appointed to the CEO and president position.