Though he’s only served as Tata Metaliks’ Managing Director for a little over two years now, Sandeep Kumar has overseen considerable evolution within Tata Metaliks. As a leading manufacturer of ductile iron pipes and pig iron for the past 25 years, with a turnover of US$300 million last year, Tata Metaliks is a leading B2B supplier for the castings and fast-growing water infrastructure industries. When he moved to Tata Metaliks from its parent company Tata Steel, Sandeep saw there was room to do even better.

“The first thing that I saw, coming from Tata Steel, was a huge opportunity in terms of safety,” he recalls. “How do we make the workplace safer? While most organisations in this industry usually focus primarily on business results, safety for us in Tata Steel Group has increasingly become an area to be looked at from an excellence point of view. How do we achieve that excellence in safety?”

Sandeep sees safety as a wider cultural issue in Indian society. For example, the country has one of the highest rates of road accidents in the world, with annual fatalities at a level of about 150,000; indiscipline, ineffective legislation and poor enforcement compound the problem. The change in mindset, he says, is the key challenge, but Tata Metaliks is nonetheless making the effort to transform this culture.

“We developed a clear strategy for safety,” he says. “We had what we call the Felt Leadership Training Program for all our senior leaders, which we started with initial help from Tata Steel. This program has been rolled out to all the executives and now it’s being rolled out to the supervisor level.

We introduced a reward and recognition system for all categories of employees to reward them in public forums.” Tata Metaliks also audits its site contractors – a 3,000- strong workforce staffing many of the company’s plants, which produce oxygen, power and coke.

Contractors must thus keep to a certain standard of safety if they want to continue receiving work from the company. He says they’ve only just started moving the needle, but they’re working in the right direction. Besides safety, after joining Tata Metaliks Sandeep started working on the opportunity of engineering a long-term growth road map for the company.

Tata Metaliks was well positioned for it, says Sandeep, but it was essential for that progress to be structured by implementing a long-term and well articulated strategic plan.

Digital technology was another major thrust area. Sandeep describes the increased adoption of digital technology across industries – from finance and banking to FMCG, retail and media – but notes that these may be at an early stage in most organisations in the B2B sector, especially in India’s industrial metals and mining sector.

“We had to convince the people that digital is not a fad,” Sandeep explains. “It’s a reality. If we don’t adopt and explore this area, it will only be a matter of time before we are overtaken by somebody else and it may not necessarily be from our industry.

Creating that awareness, that mindset and, most importantly, that capability is a big opportunity. I think we’ve started well and are now beginning to accelerate.”

Part of the strategic road map therefore incorporated a digital direction, along with safety and an overarching plan for growth – the three major opportunities being pursued at Tata Metaliks. But digitisation requires mindset activation, due to a vague understanding of what digital actually means.
“Many people confuse IT and Digital while some others might think that if you’re on social media, you’re digital,” he says.

“We want to make it simple, so what we’ve tried to do is to identify key themes for our people to easily relate to and understand what digital is. “Using data analytics is one theme. Another is smart machines – using robotics and advanced automation systems.

It could mean the machines talking to each other, which would obviously be IoT-based. So we are saying we will use online data and analytics, we’ll have intelligent machines, and we will build mobile solutions – together, these will constitute what ‘digital’ means for Tata Metaliks.

“For example, the entire management approval process was carried out on paper. When I started, I told the team that I didn’t want to be signing any papers. Within a month, we’d created a system through SharePoint that was easy to use and inexpensive.

“It works so well today that the typical management approval cycle time, which might take anywhere between a week and a month, has been crunched to less than five days. As far as automation is concerned, we’ve decided our new plant should have one of the highest levels of automation anywhere in the world, and we are exploring systems accordingly.”

But all this innovation means little without the capacity to sustain it long-term. Tata Metaliks has thus begun to develop systemic capabilities around digitisation. As an example, the company has introduced reverse mentoring, using the digital aptitude of younger employees to teach vice presidents and general managers on technological advances.

Digitisation remains a strategic focus area for Sandeep today, which forms a part of the six strategic pillars of Tata Metaliks. Another one of these is an ambition to be the lowest-cost player in the industry; while it’s already very competitive in terms of DI pipes, upstream production (pig iron production) hasn’t achieved the same level of cost competitiveness. Strategies towards this goal include reducing costs and setting up new plants around coal injection, coke, power and oxygen.

Sandeep also wants to see Tata Metaliks become a supplier of choice. “We can’t focus on simple things like saying that we’re good at quality, delivery, complaint management – those are the hygiene factors. What can we do beyond this? How do we leverage digital technology? How do we enhance the customer experience? These are problems we must focus on today.

“We’ve seen the Amazons and the Flipkarts of the world where you can purchase online – does that represent an opportunity here on the B2B side? Will that improve customer experience? How do we create services, offerings that are distinct from what the competition is offering, but still adds value to the customer?”

The third pillar is people practices – capability building, talent management, employee engagement and improving productivity. In much the same way customer segments exist, Tata Metaliks has created employee segments, focusing on those that most need development, engagement or management.

Finally, Sandeep is building on the company’s work towards corporate social responsibility. Tata Metaliks is dedicated to supporting local communities, implementing a number of CSR initiatives around its Kharagpur-based plant.

The area is home to a high proportion of disadvantaged people; 36 villages lie within five kilometres of Tata Metaliks, which collectively have a 54% population of Scheduled Castes and Scheduled Tribes. Specific initiatives include assistance with health and disaster relief, which is facilitated by employees undertaking volunteering work within the community. In addition, Tata Metaliks has developed an ambitious plan to become water positive in the next few years.

“We are not focused on winning awards, but I think these are recognitions that generally motivate our employees,” he says. “It’s also a recognition of the fact that we are progressing. I think we’re a long way off from where we want to go in various areas including sustainability, but this is another priority for us.”

While these goals have a fairly broad focus, Tata Metaliks has a set of measurable business objectives revolving around strengthening its position in terms of the downstream ductile iron (DI) pipes business.

It aims to make the upstream pig iron business equally competitive, although its focus and presence will keep on increasing in its DI pipe business. The DI pipe business is growing at a healthy pace owing to the government’s attention and increasing investments in the water infrastructure industry, which Sandeep describes

as a crucial socio-economic area – he predicts it will continue to attract investment and resources from the government for decades to come. Indian cities have faced drinking water crises this year, with major cities like Delhi and Chennai both stricken with shortages.

Citizens have had to purchase water privately (putting poorer groups at a further disadvantage); so better water infrastructure is essential for long-term sustainability of Indian cities and towns. Some commentators believe rain water storage is the solution, since India only stores eight per cent of it. What’s certain is that ductile iron piping will be part of whatever solution India pursues.

In line with Tata Metaliks’ focus on water infrastructure development, Sandeep has received approval from his Board to double capacity. Being well positioned in a fast-growing industry, Tata Metaliks aspires to triple capacity in three to five years; within five to seven years, hitting the one million tonne capacity mark may not remain a pipe dream.

The current capacity growth is being achieved through brownfield expansion of the Kharagpur site, and the biggest challenge is the logistics of distribution to distant geographical regions. The current growth plans may be capex efficient but they limit Tata Metaliks’ operations to the freight-friendly regions and, as the market continues to grow, geographical expansion – and even greenfield projects – are not just possibilities, but may be necessary for the company’s continued success. “Our major presence is in the east, but the market is also growing in the south.” says Sandeep. “The challenge for us as we go forward is how to make our presence better felt in the south. Pipes don’t travel well, so supplying from east to south does not make us competitive, but today we’re able to compete because our conversion costs and operating costs are some of the lowest in the industry.

“As we go forward, how we not only remain competitive, but improve our competitiveness, will depend on where and how we grow. If it’s through a greenfield route, there are challenges in setting up a new plant, whether that’s acquiring land, water or electricity at a competitive rate. You also need to have upstream links to raw materials, which aren’t easily available in South and West India.”

If Tata Metaliks does pursue expansion in the south, its current efforts to maintain cost efficiency may prove crucial. Sandeep hopes to keep reducing upstream production cost (pig iron). One other major challenge, says Sandeep, is sourcing talent; it’s harder to retain intelligent, skilled personnel, since the younger workforce prefers to work in urban areas. Even with these challenges, Sandeep remains optimistic. “India is robust,” he says. “Although there may be temporary hiccups, the future looks bright from a long-term perspective.” 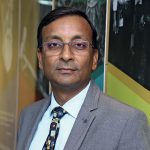