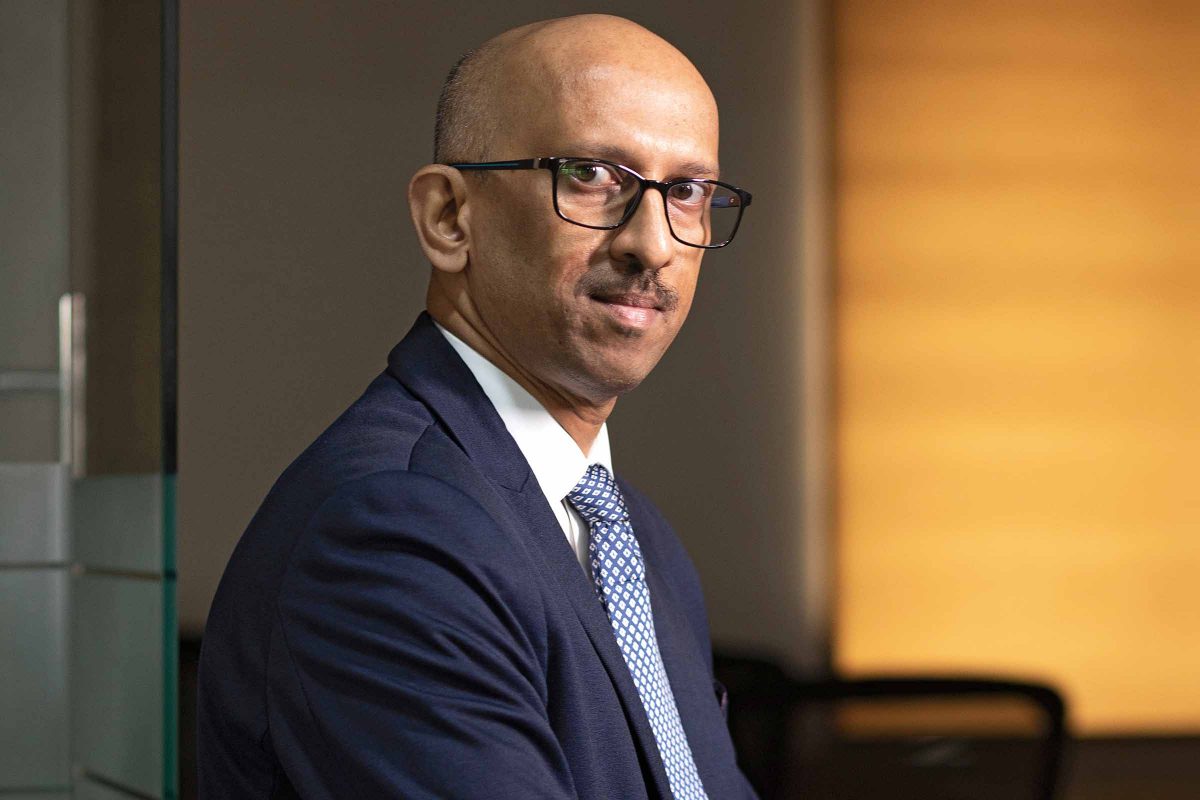 Last year in March, in the Indian state of Odisha, 19 leases for operating iron ore and chromite mines expired in accordance with an update to the country’s Mines and Minerals Act. The leases accounted for the majority of the state’s iron ore output, but instead of being renewed, they were set to be auctioned, worrying some observers about the possibility of a massive supply disruption that could shake the global steel industry.

At the time, one of these 19 mines was operated by Ferro Alloys and Minerals Division (FAMD) of Tata Steel, India’s second-largest steel producer and fifth-largest in the world. FAMD’s leader at the time was Thomas Cherian, who had been with Tata Steel for three decades.

Rather than viewing the change in Indian mining regulations as a crisis for the company, Tata Steel sought to seize it as an opportunity. “We were the pioneers in locating high-quality chrome ores in India,” Thomas says, referring to FAMD’s vertically integrated mining operations, which have provided the ferroalloys necessary for its parent company’s steel production for more than a century.

“We’d given Tata Steel that advantage of raw material security for all those years,” he adds. “Now, fast-forward to 2020, when this challenge came to us as the chrome mine was going on auction. We thought that this was an opportunity for us to step into a commercial mining business because we always had it in our mind that if we can mine successfully and efficiently for Tata Steel, why can’t we mine on a bigger scale?”

Tata Steel Mining is very focused on creating value for our communities. We do a lot of initiatives to improve quality of life.

Thus, a new commercial mining company was created from TS Alloys. The company bid on three chromite mines and won all of them. In May 2020, TS Alloys was renamed Tata Steel Mining, and Thomas stood at the helm as Managing Director. Tata Steel Mining now serves its parent company in addition to steel producers around the world.

“Any future mining projects, which would come under the Tata Steel Group, will either be acquired by us or if acquired by some other company, it will be managed and operated by us. That is a mandate we have,” Thomas shares. “We’re building the company brick by brick, starting with these three mines.”

A graduate in mining engineering, Thomas entered the mining industry in 1992 as a trainee. “I was fortunate to get a lot of very exciting assignments on this journey in Tata Steel,” he recalls. “Those early days were a time to work with your hands and learn the basics. I learned to operate big dump trucks and excavators. I learned to do blasting in the mine, working with the crew.” In 2000, he took some time to study management before promptly returning to Tata Steel, this time with big ideas in mind.

“I was leading the team to evaluate if iron ore could be a business option for Tata Steel,” he explains. “We concluded that it’s a very interesting business opportunity, but at that time, Tata Steel said India has to grow in steel, so let’s focus on steel.”

In 2006, Tata Steel acquired the European steel producer Corus and integrated it as Tata Steel Europe. But Corus did not have linkages to ore mining like Tata Steel did, so Thomas was tasked with connecting the new European subsidiary to sources of raw materials around the world.

“I got an opportunity to create a small team, and we called it the Global Minerals Resources,” he says. “We didn’t know what do at first, but we quickly found our feet and then travelled the whole world. We looked at projects in Brazil, Australia, Canada, the Middle East, Asian countries like Thailand and many countries in Africa. 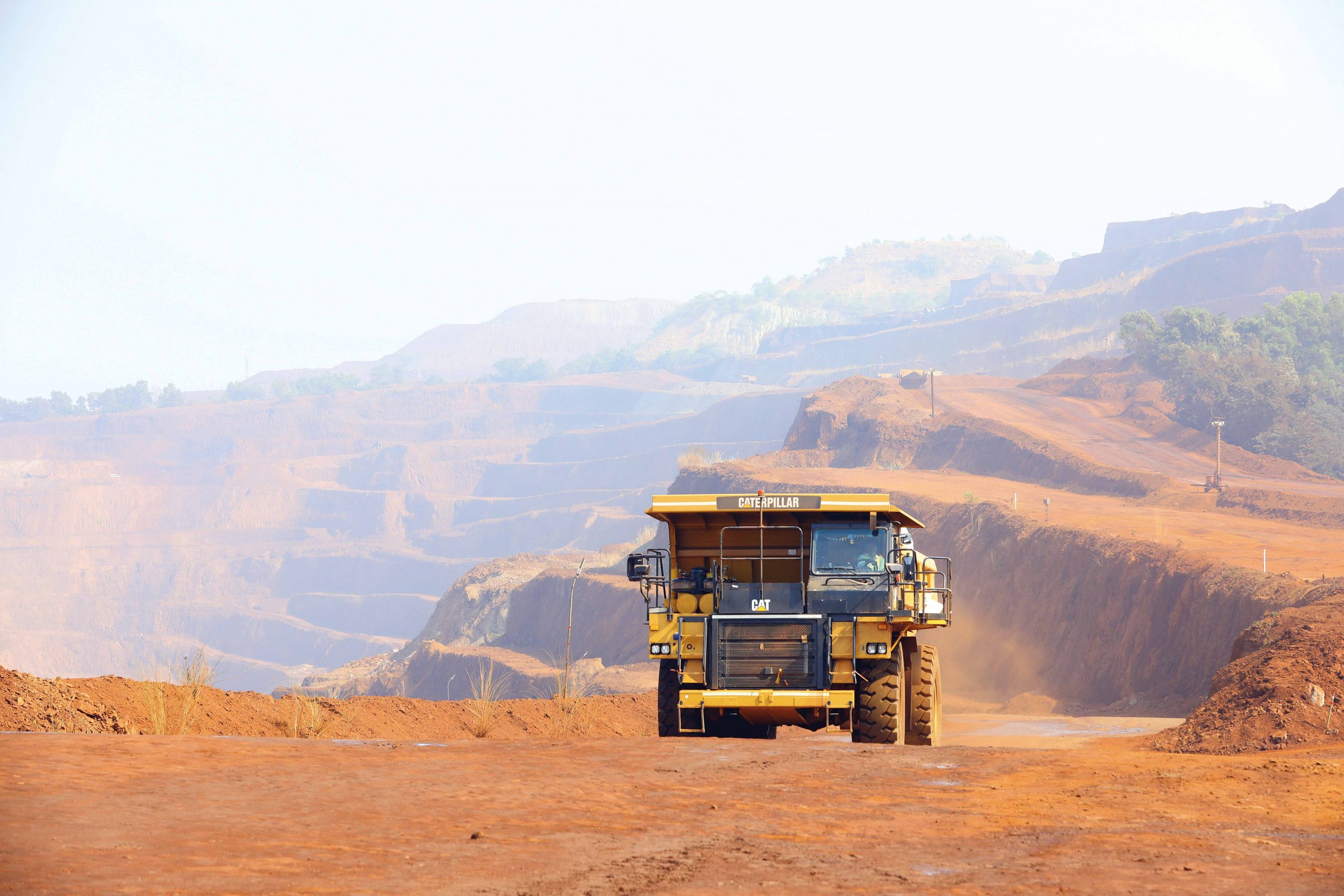 The Ivory Coast project proved challenging because of political instability, which deterred some of Tata Steel’s employees from wanting to work there. Unlike his colleagues, Thomas relished the challenge and put himself forward to go live in Ivory Coast for the next five years, building up a mining project from scratch on a barren, 800-square-kilometre area where the company had secured a permit for exploration.

“It was a very long process, and I learned a lot of things there, including the technicalities of doing exploration and drilling,” Thomas reflects.

“We finally created a bankable project, but it took me five years because there was a civil war in between. It was a very big experience.” The main lesson Thomas took away from those years was the importance of building trust within the local communities where his mines operate.

If the customer wants different grades or different qualities, we have a bouquet of offerings.

“We had to convince them from day one that we are going to live by our values and ethical business practices, and our goal is to make local people’s lives better. That was a huge challenge for me, being up-front with all the stakeholders and connecting with the local communities and getting them on board with our project.”

After his stint in Ivory Coast, Thomas got the chance to run Tata Steel’s entire internal iron ore mining operations. He then led FAMD, which in 2020 went commercial as Tata Steel Mining. As Managing Director, he continues to apply the lessons he learned throughout his nearly three decades with the company, especially the importance of supporting local communities. 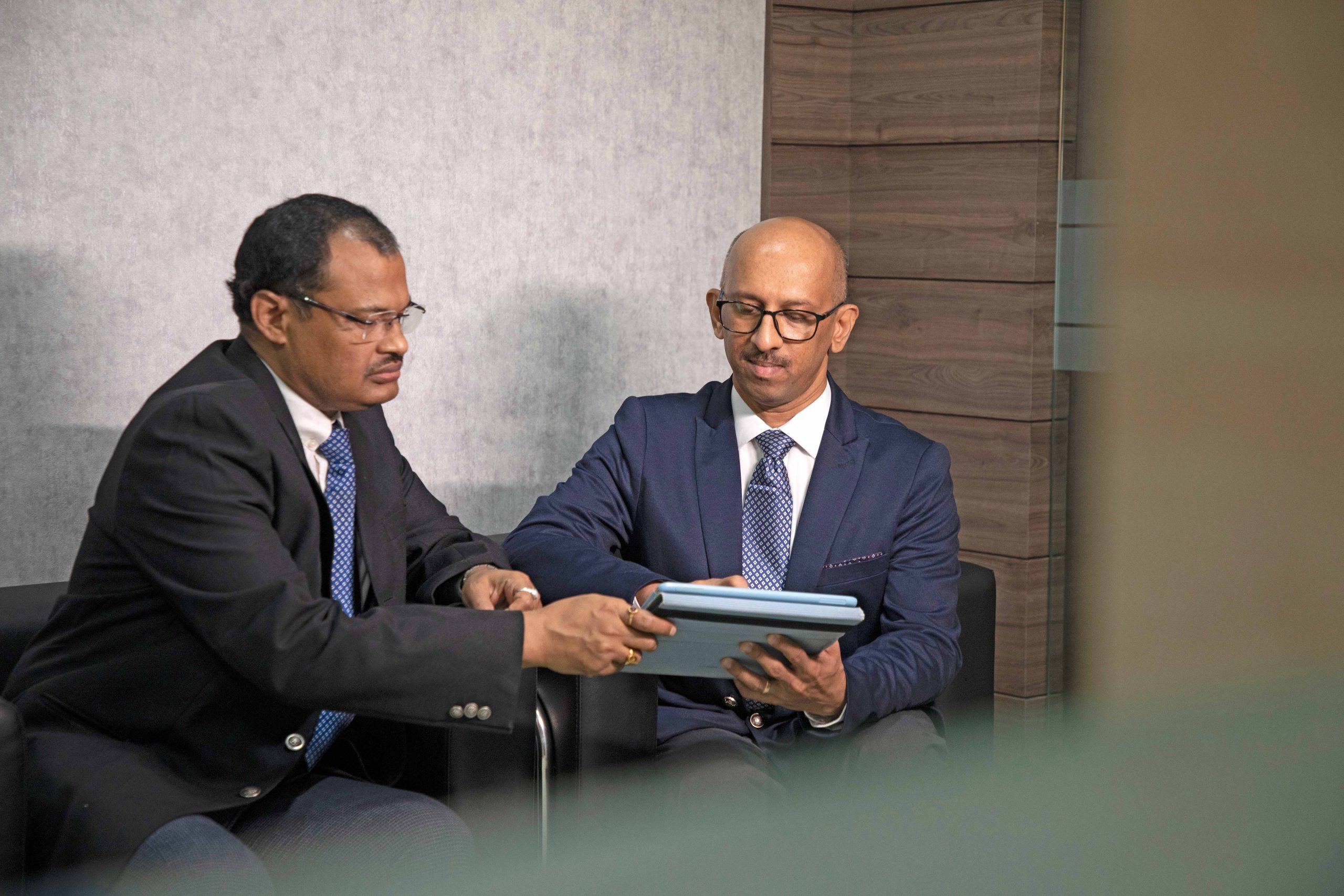 “Tata Steel Mining is very focused on creating value for our communities,” he says. “We do a lot of initiatives to improve their quality of life.” For instance, in villages in Odisha near its operating locations amid the COVID-19 pandemic, Tata Steel Mining has helped people start vegetable gardens as an alternative source of livelihood.

“In the past six months, we have started gardens for around 600 households. We provided them some training, some help, a little bit of the seeds and all that, to start kitchen gardens. Now, they are starting to get nutritious vegetables out of these gardens,” Thomas smiles.

Tata Steel Mining, as well as Tata Steel itself, is working to raise the quality of school education under its ‘Thousand Schools Program’, which has now expanded to 4,000 schools. Thomas explains that the program is working to make sure that all children attend school, receive good, quality educations and complete high school.

“We are also working to improve the government schools and involve the parents and community in playing their role in this process,” he shares. “The community is now very excited to participate in the numerous initiatives, like the celebration of 1 April. This small, but interesting initiative is ‘the first day of school’. It’s a day when parents must ensure that every child in the village goes back to school.”

This community work constitutes just one of Thomas’s four areas of focus as he leads Tata Steel Mining’s growth over the next year. The second area of focus is establishing a culture of safety, health and sustainability.

Over the past six months, Thomas has built a team of more than 100 people to enact this goal by building processes and systems to ensure that people are safe and happy working at Tata Steel Mining.

“It’s our commitment – our duty of care – to ensure that anybody who works in the mines goes back home safely without any issues,” he points out. On top of that, Thomas has expanded the definition of health within the company from beyond just physical health to mental health.

He has launched an initiative called Mind Matters, which aims to help people through the anxieties of work, as well as the COVID-19 pandemic, with the help of counselling sessions whenever they are needed. Thomas’s third area of focus is “ramping up the business”, which means getting the mines to produce at full scale.

“We are looking at adding processing plants and ferroalloy plants downstream to meet the increased production capacity,” he says. With around 50,000 tonnes of finished alloy produced this year, he hopes to produce at least 10 times as much by 2023.

But this growth cannot come without perfecting Tata Steel Mining’s entire value chain and making it smooth, which involves signing long-term contracts with the company’s suppliers and customers. “At such an early date, we have some very good contracts with our customers internationally,” Thomas shares.

“We have set up the supply chain already for the movement of raw materials to plants and finished products to the port or the depots, before finally reaching our customers.” The final area of focus for Thomas over the next year is building cutting-edge technology so that Tata Steel Mining is fit for the future.

“There is a lot of digital transformation happening today,” he says. “We need to create this company so that it is actually futuristic and sensitive about issues of the planet – using liberating technologies.” Improving in these four areas will help Tata Steel Mining build upon its existing strengths, the most important of which is what he calls its “bandwidth to serve customers better”.

“We are the largest ferrochrome producer in India, and we have about eight operating units that produce what we serve the customers. This means that if the customer wants different grades or different qualities, we have a bouquet of offerings. If the competitor has just one plant, they will not be able to do that,” Thomas says.

“We never renegotiate. We never close the contract because the prices have gone up or some difficulties have come in freight. Whatever happens, we deliver on our promise.” 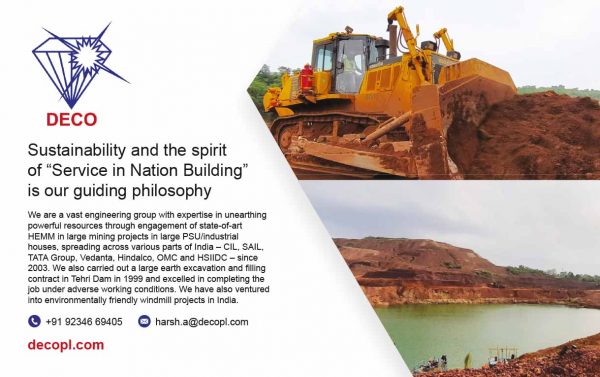 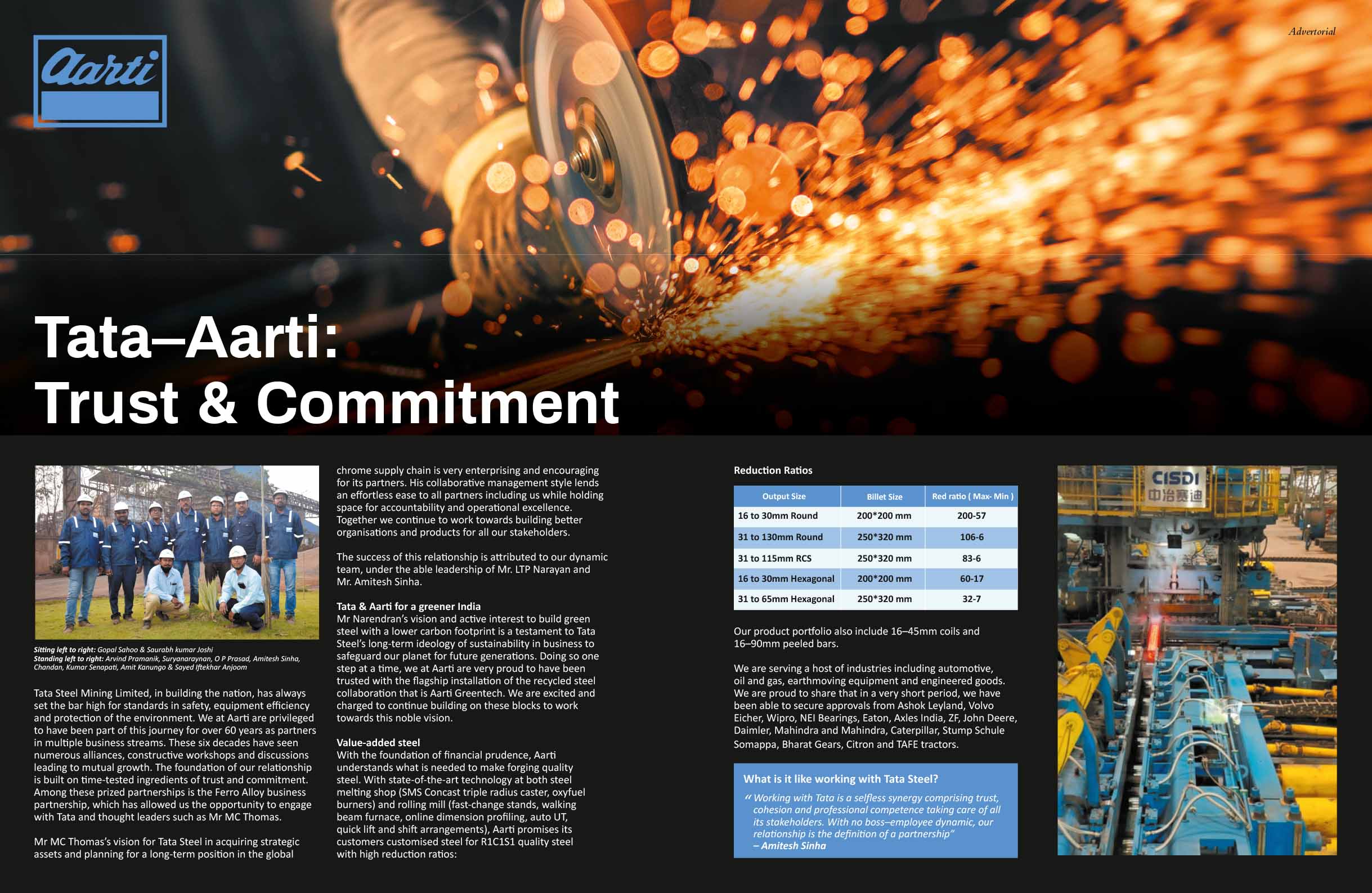