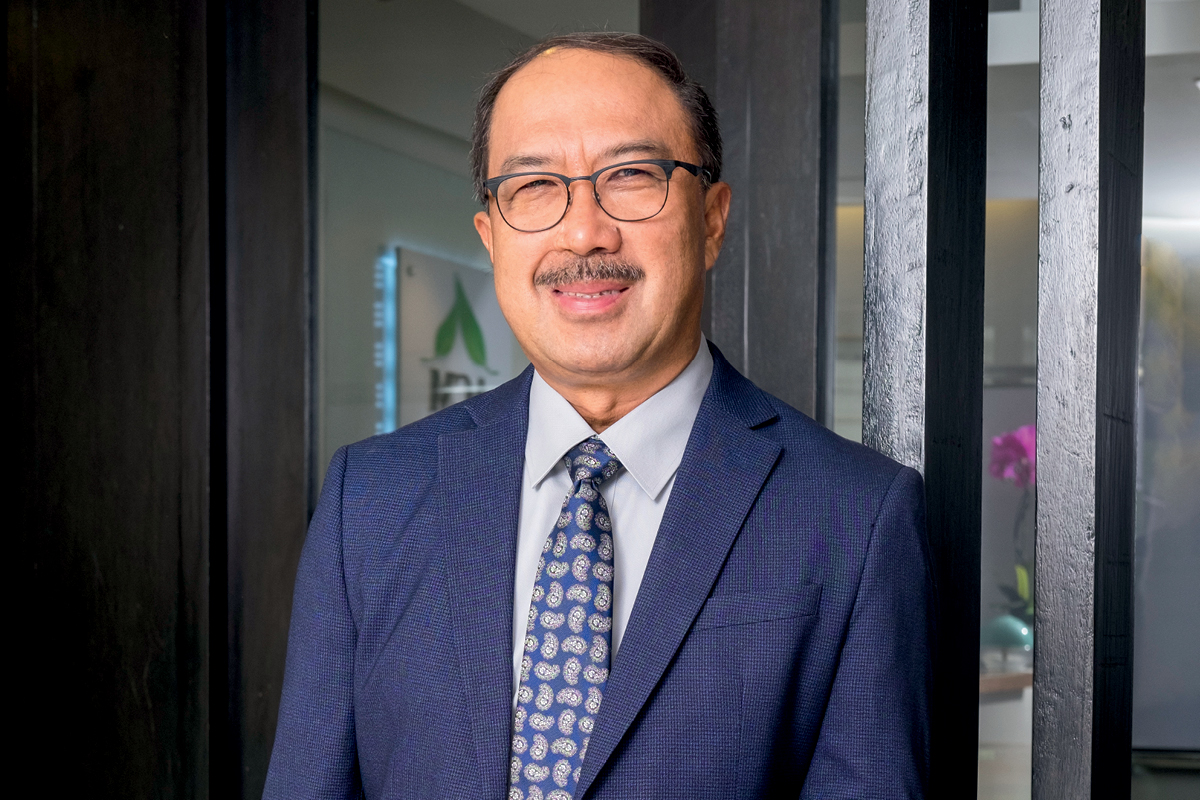 For Jose Amantoy, Jr, motivation can be found in the simplest of things. “The one thing that drives me out of bed in the morning is the excitement and aspiration that I could touch people’s lives through delivering quality homes and accommodation, or by imparting wisdom to my teammates,” he says.

The COO of Philippine-based real estate business, ACM Landholdings, Inc, a member of Philippine Transmarine Carriers Group of Companies, is at the point where he wants to share his knowledge with the next generation.

Joe, a finance executive with 32 years of experience across Indonesia and Hong Kong, had spent half of his career outside of his native Philippines. A desire to come home influenced Joe to accept the role of CFO at ACM in January 2014.

Within four years, he had climbed the ranks to COO. Joe’s initial action consisted of advocating for innovation, creativity and entrepreneurship to promote growth and productivity. “If we are going to be ahead of our game, we need to be pushing innovation,” he says.

When Joe joined ACM, the business was in the middle of planning an IPO to raise more funds. At that point, there were only five ongoing projects and a housing backlog of 3.4 million. Enticed by a vision of exponential company growth, Joe went all in.

“By joining an organisation like ACM, I could be part of giving Filipinos the homes they deserve,” he enthuses. “Homes that are of quality.”

While the big players focus on large-scale development, ACM want to distinguish itself as the go-to developer for pocket developments or smaller developments that offer premium-economy quality.

“These pocket developments target regular working Filipinos, who aspire for better homes in the Philippines where they can live with their families,” explains Joe.

ACM believes that investing in pocket developments rather than large-scale constructions, where projects can be started and completed within five years, allows the business to move faster and provides better returns on capital investments.

With a smaller development, ACM can lend more focus and distinct personalisation to every home they build. “My vision for the future of ACM is to see it make a difference, as a developer, in the products we deliver, and in the industry,” Joe states.

The one thing that drives me out of bed in the morning is the excitement and aspiration that I could touch people’s lives through delivering quality homes and accommodation.

“We would also like to make a difference in the community where we have projects and businesses,” he adds. The business continues to expand geographically and in its offerings.

ACM, which traditionally only focused on singleand two-storey homes, has recently introduced shophouses. “The target is to grow the business in revenue and income by at least 20% compounded on an annual basis,” he explains.

“I feel that with the organisational development, the automation and digitisation we are doing for the company, we’re ready to go IPO or to private placement after three years.”

A few years ago, Joe had the opportunity to talk to a business leader in the Philippines, whose family owns the biggest conglomerate in the country. “One of the lessons I learned from him is about making direct decisions no matter how unpopular the decision may be,” he recalls.

“The other business lesson I have learned is the importance of brainstorming. It paves the way for learning from each other.” The ACM team is composed mostly of millennials, and mentorship is something Joe holds dear. He says it’s the leader’s job to develop leaders. 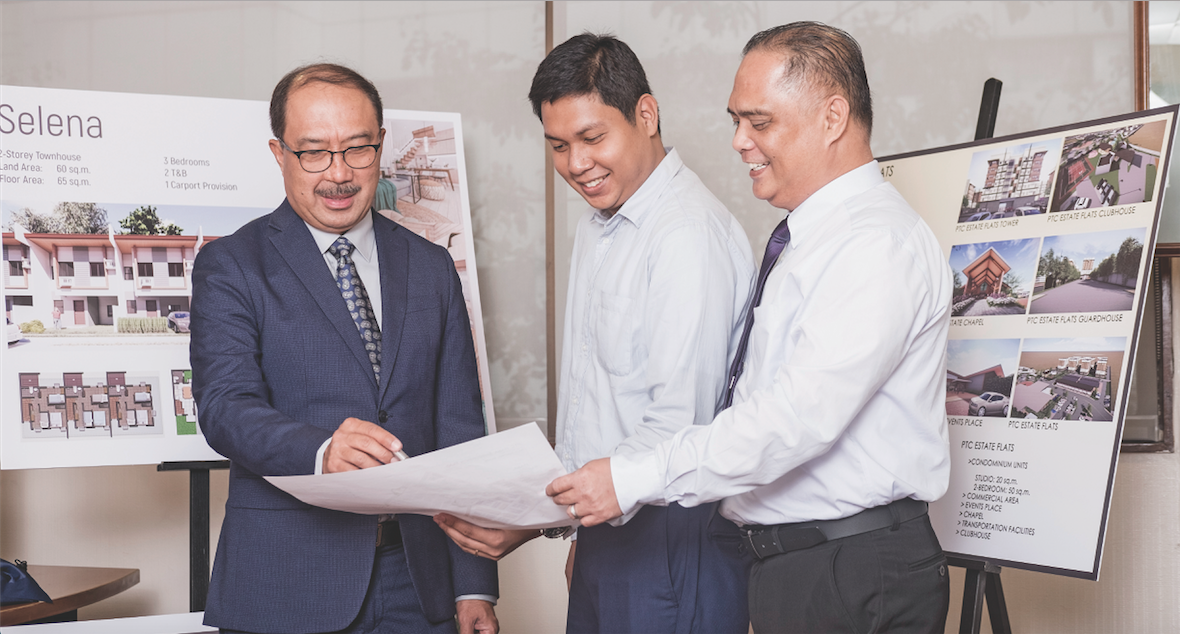 “I’m used to dealing with different people and nationalities because of my exposure to other countries and cultures,” Joe relays. “I have had to adjust my style at ACM. And so far, what is working for me is keeping staff excited all the time with new ideas, new milestones and learning opportunities,” he says.

Additionally, Joe needs to ensure that the goals and objectives are crystal clear. On that note, Joe shares a lesson he carries with him.

“I have a preconceived notion that all people are the same, whether that’s in Indonesia, Hong Kong or Singapore. But we almost always forget that the younger generations have different cultures, perceptions and mindsets. You have to consider it in your organisation,” he says.

Joe lives his life by a Nelson Mandela quote: “I never lose. I either win or I learn.” Though his mistakes and losses have taught him to be a better person, winning has also had its impact.

“It’s either, ‘I win’ or ‘I learn’,” he says. “Everything that happens to me or to the world, there are reasons for it.” As a nation-building business, Joe is proud of ACM’s work.

“We’re helping fill a housing backlog of about six million here in the Philippines,” he confirms. “This business is not just about making money – it is about helping with the nation-building.”

The other business lesson I have learned is the importance of brainstorming.

At the moment, Joe is focusing on achieving his ACM career goal to make the business a listed company in the Philippines. According to him, it will be in the next five years. “As a business leader, you are not just going to keep an eye on the changing trends and disrupters in your industry,” he says.

“You have to watch the evolution of the culture and the mindset of people who will be joining you at the organisation. Most of the time business leaders focus more on their businesses rather than the people; you can’t just set aside this distinction, you also have to think about this,” he reflects.

Joe is happy with how his life has turned out so far and about the road ahead. “What I have achieved in my life may not be as significant as other leaders,” Joe adds. “But I feel so far I have achieved enough already, considering where I started and what I have been through.” 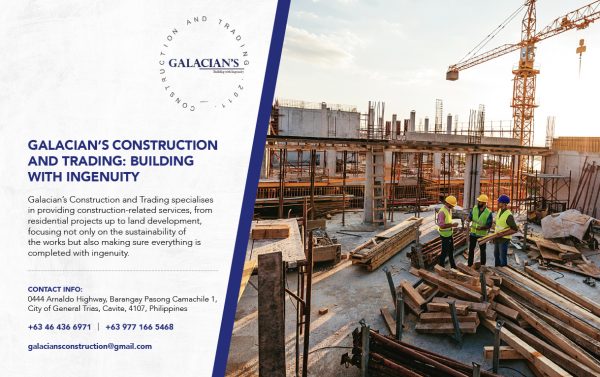