A purpose in property: Marcus Price 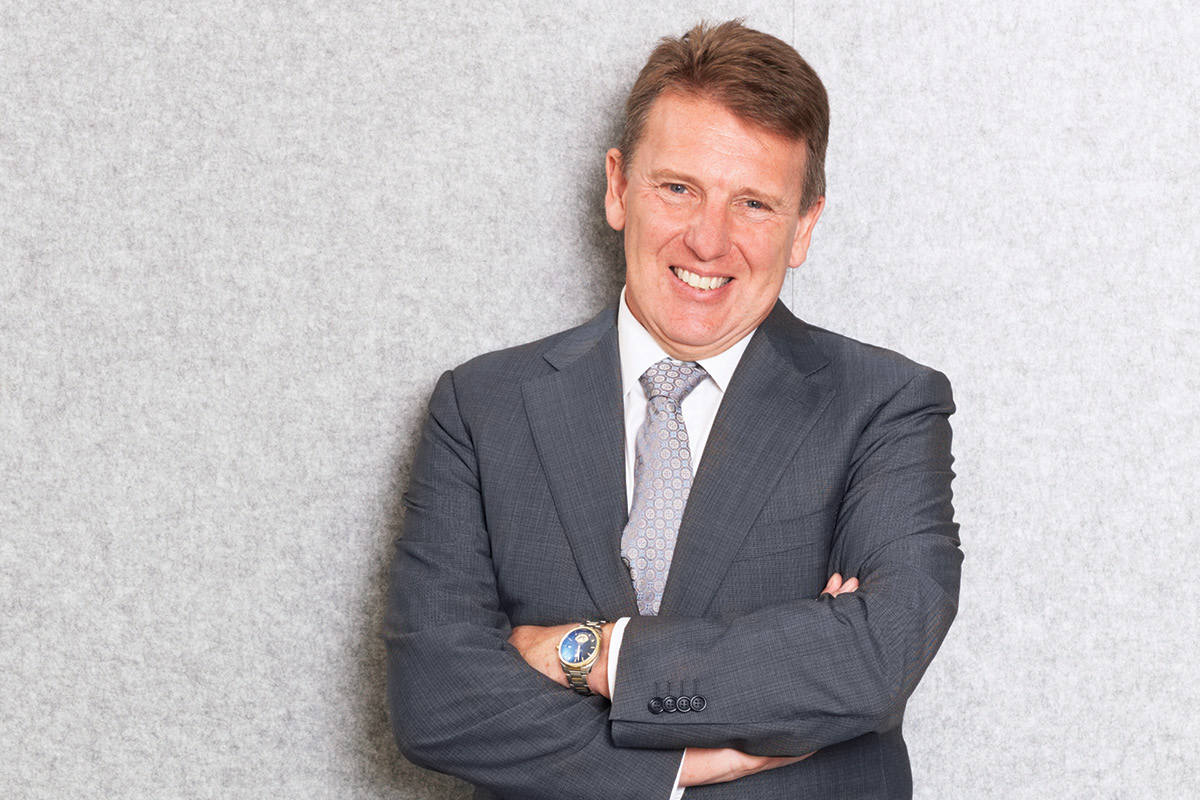 There’s nothing inherently exciting about a property transaction, concedes Marcus Price. Aware of how this could potentially lead to certain challenges in keeping the organisation motivated and on top of everything, the CEO and Executive Director of Property Exchange Australia (PEXA) prefers to think beyond simply the transaction at hand. “You’ve got to find the bigger purpose than just doing a task,” he says.

“We say to people here that if they can’t find a purpose for engagement then they’re probably better off finding something that does drive them because, without that purpose, work becomes meaningless.”

Marcus recalls a recent conversation he had with some of the IT team. They told him that what they do day-to-day is test code and go through test scripts. Marcus responded by asking if that’s what they actually thought they were doing. They said ‘Yes.’

“I remember telling them, ‘Let’s think about it another way. You are actually this company’s shield against someone experiencing a catastrophic failed transaction. Imagine your mum and dad sitting in the truck waiting to go to a new house because we failed to protect them from a failure in our code’,” recounts Marcus.

Also in the past year, Marcus started noticing something he hadn’t seen in his many years in the property business. Seven years into PEXA’s lifespan, he recognised its platform had driven a whole new set of behaviours normally not associated with conveyancing’s often acrimonious process.

“Suddenly, instead of fighting each other we’re collaborating with each other to get the deal done, using our community, our message boards, and so forth,” says Marcus.

“Property transactions will be more about the parties getting together to make this happen for people buying and selling houses instead of trying to fight their way through a series of transactions.”

With PEXA’s employees encouraged to find their own purpose at work, its platform offers conveyancing parties, namely, the vendor, buyer, lawyers and bankers, a chance to nail down a common goal – successfully completing the transfer of property, preferably without incident.

It’s not about the technology but the network of participants

Marcus predicts three-month settlement periods could soon become a thing of the past. He knows more than anyone else about the disagreements, frustrations and angst that go with paper-based conveyancing. Rather than have the transaction drawn out over months, it could soon be days, or even shorter. “We did a refinance once in less than an hour from start to finish. You couldn’t possibly do that with paper,” he says. “It’s actually not about the technology. It’s about the network of participants that is there, so once you get beyond a certain point, the members of the network themselves drive the uptake of other members into the network.

“It’s a bit like Bloomberg Chat in the trading world, where people say, ‘Hey, did you remember to sign the settlement schedule?’, ‘Oh that’s right. Thanks very much’, and you can see that whole conversation.”

It was back in 2008 when the Council of Australian Governments, of which the Prime Minister and the state and territory heads are members, came to one of its few unanimous agreements – the paper-driven property settlement process was in desperate need of a move into the twenty-first century.

Every state would have to sell its intellectual property in exchange for shares in a new business that would help kickstart this conveyancing renaissance. Who would’ve known only 10 years later there would be more than A$100 billion worth of settlement value completed through PEXA?

Probably not even Marcus, who’s been at the helm since its founding in 2010. Aside from the state governments tasked with creating a new regulatory framework for digital conveyancing, he believes the land registries themselves “are the real heroes in this piece and don’t get enough credit”.

“To be blunt, without the registrars of titles creating the regulatory framework for us to exist, you couldn’t legally submit a digitally signed document to the registry. They have done a lot of heavy lifting behind the scenes to get the regulatory framework in place, including advancing a national law. It’s now in every jurisdiction. That’s not a small thing,” he says.

“They’re public sector organisations that have led the charge in creating electronic titles and so forth. They’ve been a massive driver of this. You don’t often see initiatives like this coming from governments.”

The governments of New South Wales and South Australia have already privatised their land registries, with Victoria and Western Australia currently going through similar processes. “Those registries are becoming digital businesses. They need to be transformed, and governments have realised they don’t need to do that themselves,” he explains.

“In fact, there are technology partners better placed to take that next step. The registrar titles are still there for land, but they actually give the processing of the titles to an experienced operator.”

Marcus doesn’t underestimate the strict regulatory framework around the digitisation process. “Although we talk about the benefits of digital innovation, this is an A$7.2 trillion asset class and everyone’s most significant asset. There’s zero tolerance for risk,” he declares.

“Disrupting is all well and good, but you don’t undermine the title security of property. You can’t put at risk any part of the chain in carrying out the digitalisation process. We’ve had to be very careful and the registrars themselves have been very measured in how they’ve deployed their legal frameworks and certainly in how they’ve worked with us.”

Disrupting is all well and good, but you don’t undermine the title security of property.

With a twenty-first century transformation must come a twenty-first century workplace. To PEXA’s advantage is the fact it was able to build a new culture from day one. As a young company, with
75% of its employees under the age of 40, its risk of having a workforce being ‘stuck in their ways’ is next to nil, according to Marcus. The ideal of the work-life balance is a thing of the past, he comments. Now it’s all about work-life integration. As such, it encourages its workforce to get involved in activities such as meditation, triathlons and other sporting activities.

Whenever PEXA conducts a review with employees, or ‘Pexarians’ as Marcus affectionately calls them, it conducts what he calls the What I Love Doing, or WILD, program. WILD asks employees simply what they love doing at work and home. “We can’t do everything, but we try to find a way to satisfy our employees,” Marcus says. “It’s trying to treat people as people and to see the whole person, not just the element that’s at the workplace.”

An industry requiring a ton of resilience

So outstanding has been PEXA’s work culture, the Great Place to Work® Institute named it one of the top 20 places to work in 2017, alongside Silicon Valley juggernauts Salesforce and Lithium. Even though it is in the top 10 per cent of companies in terms of employee engagement and support, such figures don’t mean a great deal personally to Marcus. Instead, he is more interested in getting the best out of everyone in an industry requiring a ton of resilience. 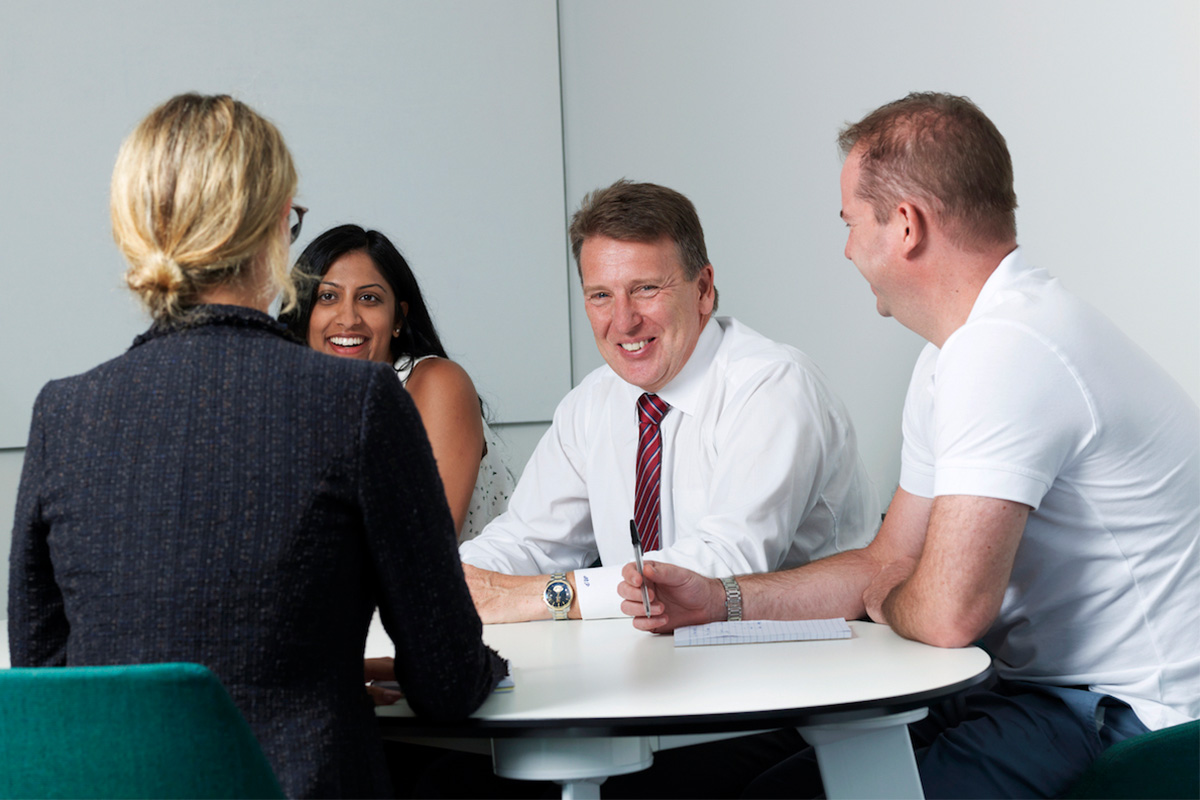 “It’s more about how we actually treat people and how we look after them. Our attitude is if we can get the best out of everyone on any given day we’re going to be a great company. That’s really what we do. Conveyancing demands a lot from our members where any given week a task might suddenly change. We know that requires us to go the extra mile in supporting them,” Marcus explains.

PEXA makes sure it recruits likeminded people who “have a bit of passion about them”. Like many digital start-ups, it can’t just go around finding people who fit within the traditional job categories, specially in the early stages.

Everyone in PEXA has had to create their own areas of expertise. “The job categories we have wouldn’t exist anywhere else, so PEXA is really focused on going far beyond what a traditional bricks-and-mortar business would do in terms of supporting employees and providing that environment of care,” Marcus says.

As of December 2017, Australian state governments own 32% of PEXA with two representatives on its board.

“Second, we align everyone around a pretty audacious mission. I think one of the things that distinguishes us from others is that everyone knows the purpose of the business, where they fit and why they’re there. If you can give people a purpose and a lot of support and you’ve got a bunch of young, creative, intelligent and dedicated people, the world is your oyster.”

Now involved in more than 85% of all property refinancing transactions in Australia, the world is indeed his oyster. “We didn’t even have a transfer product a few years ago,” he remarks. “The growth has been extraordinary.”

For Marcus, the next priority is to expand the technology network nationwide as soon as possible. He hopes Tasmania, the Australian Capital Territory and the Northern Territory will soon get on board the digital conveyancing train.

“The next thing would be including a whole raft of additional services including SettleMe, our app that enables buyers and sellers to track the process of their settlement in real time, delivering greater levels of information and transparency to consumers,” he adds.

Because Australia works under the Torrens title system of land registration – an Adelaide-born invention that has spread to more than 120 countries in the world, mainly based around the Commonwealth of Nations – Marcus is also aware of PEXA’s potential for international expansion.

“We’ve had a lot of enquiries from the UK and Ireland, as well as some countries in Asia like Singapore and Malaysia,” he says. “There are many jurisdictions out there with similar models. They’re not entirely equivalent, but there are elements of similarity where we definitely see a possibility.”

Marcus jokes he would’ve done a master’s degree in conveyancing had it been offered when he was studying, first mathematics and then computer science at Monash University before completing his master’s in science, statistics and neuropsychology at La Trobe University. During a stint at the Boston Consulting Group, Marcus was exposed to many different industries and started a few businesses throughout the years. PEXA is his third business. He was able to harness those skills to prepare him for significant industry shifts.

“I didn’t know much about property at all,” he confesses. “But I knew a lot about banking, start-ups, software and technology, particularly digital technology and how it was going to impact industries.”

While the world of conveyancing would hardly be regarded as one of the fastest adopters of technology, Marcus says the industry nevertheless does move and has an awareness of the ways technology is impacting us in every aspect of our lives. Through PEXA, he has tapped into a whole vein of people who want to see reform in conveyancing happen.

“Like with any change, there will always be some people who require a little more nurturing and time, which contrasts with this incredibly enthusiastic and digitally engaged segment of the market who see technologies like PEXA as the future. It’s a big change, but it’s happening very quickly,” notes Marcus. 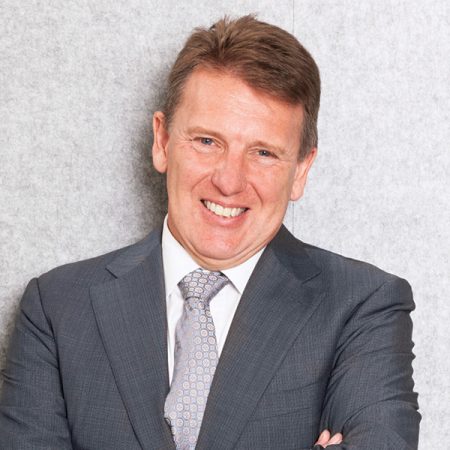