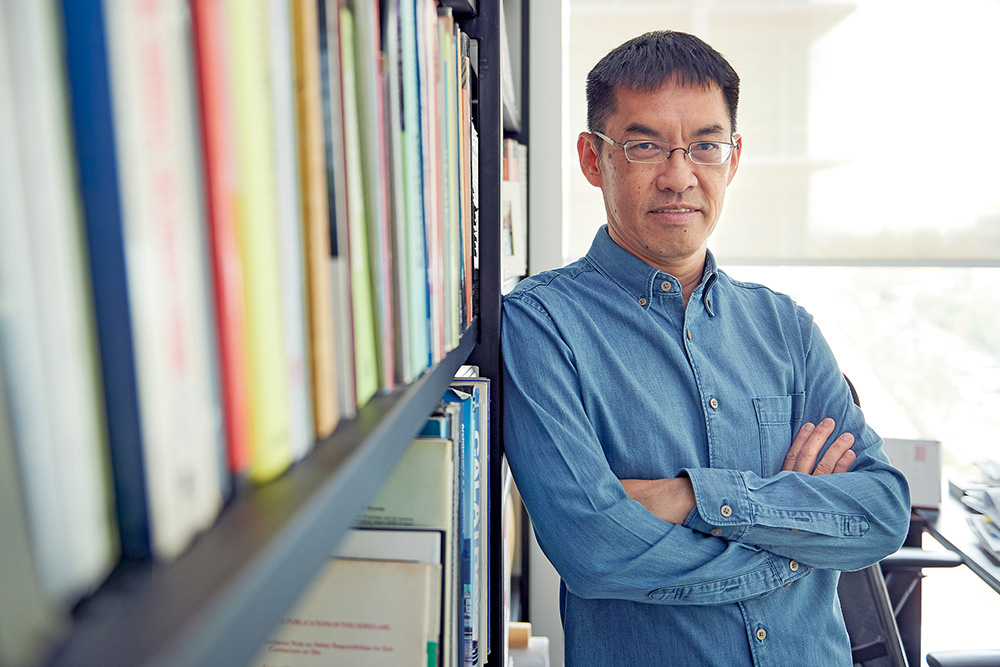 Ng Wai Keong takes a helicopter view of architecture. From above, you can tell if a structure is achieving what it is capable of, he says. As Principal Director of boutique architectural firm NWKA Architects in Malaysia, he understands the power and impact of good design on our natural and built environment, and is striving for a sympathetic treatment of both to change the way we live.

“If you look at any sort of human habitation, the best place to look at it is from the top – from an aeroplane. If you see pure concrete and human denigration of the land, it’s not doing so well. But if you can see that it’s very green and you are almost unable to see physical structures, that’s a good indicator that you have actually assimilated well into the environment,” Wai Keong explains. 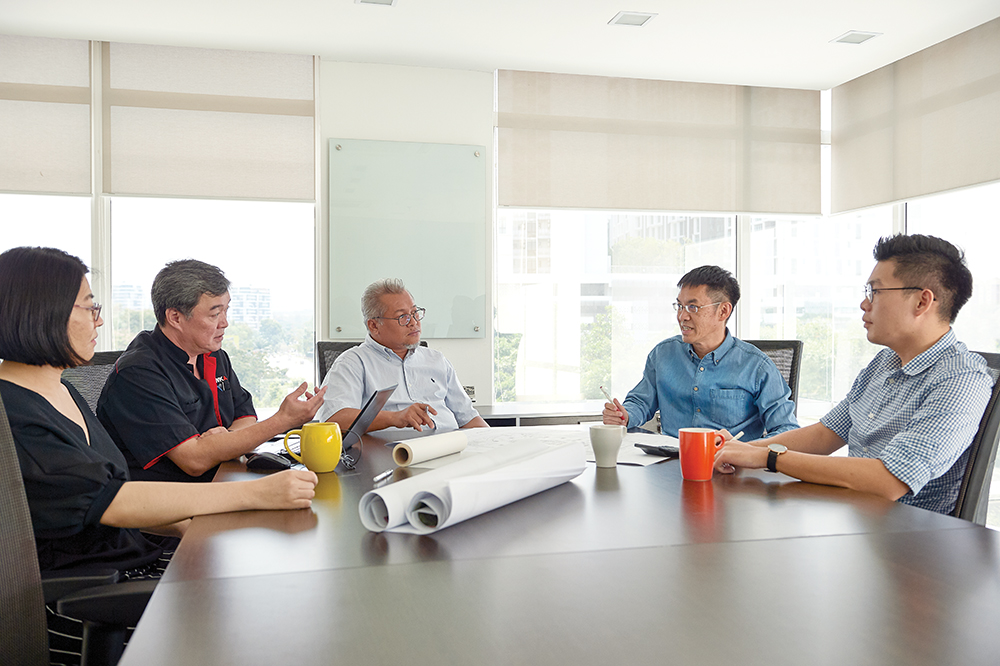 With 31 staff and a fresh take on where architecture is heading, NWKA Architects is the fruit of Wai Keong and his partner’s desire to pursue a holistic philosophy that looks forward to a new stream in architecture. Their clients are fully on board with this architectural direction.

“In NWKA, we’re looking more towards trying to achieve our design philosophies. That makes a big difference, because it really focuses on the work rather than the business. When you focus too much on company growth, it’s all about growth and not so much about the substance that you actually do. That wasn’t a particularly balanced approach, so we’re moving towards our craft and making it relevant. It is exciting in the sense that we’re suddenly freed of conventions and able to explore all the possibilities, all the ideas, and a lot of it has to do with the technology we are given these days. It is an exciting time to live through,” he says.

Wai Keong’s early years in architecture were in London. Then, when he returned to Malaysia, he started a company with a partner and focused on growing it. He left that partnership and started NWKA with his current partner, focusing on a design philosophy that sits more comfortably with his own.

I think our biggest investment is in our mindset … it really calls for a fundamental change.

“There are five things that we want to achieve in any designs that we consider as having met our benchmarks. One, a successful design has meaning and relevance in the creative process. We add value to what we do. It doesn’t have to be iconic, but it has to be memorable as a space. It’s environmentally conscious. And finally, there has to be a depth beyond the bricks and mortar. In architecture, everybody talks about the physical and not necessarily about what it means beyond that and sometimes we miss the point because the bricks and mortar provide an enclosure, but what is more important is that the spaces you’ve created actually influence its use and the wellbeing of people. We always benchmark ourselves against these things and when we deliver a project, we ask ourselves whether we have actually achieved these criteria or not. If we didn’t, then we have to do it better the next time round.”

NWKA was well on its way to achieving its objectives, although the emergence of the COVID-19 pandemic only reinforced its resolve to change. A conversation with Wai Keong emphasises an urgency to take the company in a new direction.

“We had a soul-searching exercise, and found we needed to review what we are if we are going to be relevant for the future. In a big picture sense, there is going to be a major shift in the demands of how people will live in the future.

That changes everything we are doing now because it’s very much geared to what was before, and our industry is always three years ahead of everybody else. And as you bring what we were doing two or three years ago to the market, you find that the market has shifted. So you really have to move away from that very quickly.

“Generally, we have a tendency to ignore what is around us and what we term as a passive environment, because nature already has its own energies, and it’s a question of whether we tap that energy or not. As architects, if we learn to tap the passive environment – the wind, sun, water – we may not need to generate so much artificial energy to supplement our lifestyles. If we can do that, we will make huge improvements to the environment – simple things like orientating buildings to where the winds are coming from, funnelling the winds between buildings to get cooling in our part of the world or funnelling away from buildings where it’s colder. Responding to the environment is where really good designs stick out.”

As the COVID-19 pandemic continues, NWKA has enough work to keep going for the next 12 months. Wai Keong points out that clients are quite unsure what direction the economy is going, so investors are treading with some trepidation.

“They are not making huge investments, but they are doing sufficient to keep themselves going,” he says. During this tough time, NWKA’s staff is holding the line by readily accepting the firm’s resolve to move to a new business reality.

Wai Keong is impressed by their ability to adapt and take on the longer-term challenge of driving the company’s strategic initiative. “I think our biggest investment is in our mindset,” says Wai Keong.

“It’s interesting because employees always have a fairly fixed mindset as to what they’re required to do and it is entrenched in what they’ve done before. So we needed to tell them, ‘What put food on the table last year is not going to put food on the table this year, so you need to get yourselves out of that.’ We said that they’ve got to think out of the box now and learn to apply the new way of working in order to be able to perform well in the future. So it really calls for a fundamental change in the way we approach our work.”

From a young age, before he even knew anything about architecture, Wai Keong says he had a curiosity about “what’s over the hill, the next hill and the next”. He eventually realised that, through architecture, he had the potential to shape it by creating spaces that allow people to enhance their lives.

“It’s so exciting, especially in the past 30 or 40 years, that what we took for granted then in terms of a space is no longer the same parameter as today. People are constantly changing it, so it is great fun to see a building that is not just a building, it is part of the landscape,” he says.

With NWKA’s commitment to an expansive role in the region’s architecture, Wai Keong recalls some advice from a friend who saw his potential. “A good friend of mine, who has passed away now, told me, ‘Do what you’re passionate about and the rewards will follow. Don’t follow the rewards because you will end up with nothing.’

“It has worked, and we’ll keep on going because it’s still very exciting in these times. There is a spiritual dimension to all of this. I think that really drives what is important philosophically to run a business. So the reward is an encapsulation of these values in your life.” 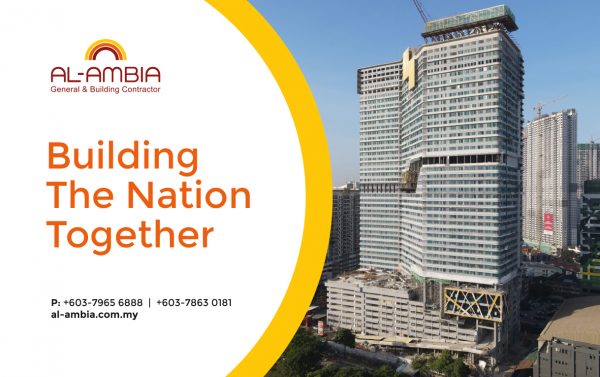