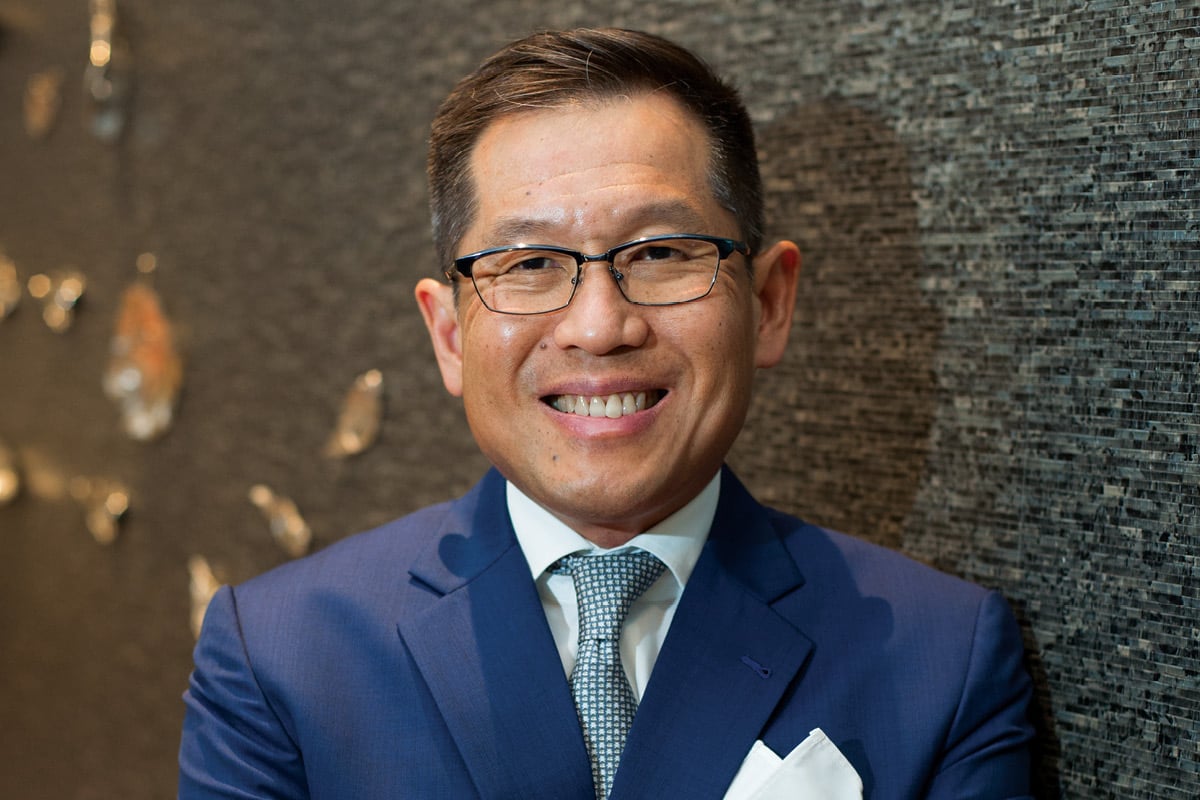 The founder of Lian Huat Group, Kho Beng Kang, passed away in 1996, just a month before his son, Patrick Kho, joined the company. “I was only 29 years old,” says Patrick. “I wish I had known his way of doing business, his thinking, how he made decisions and what made him tick.”

Until that point, Patrick (now Group Managing Director of the Group) had served 12 years in the Singapore Armed Forces, including three years of studies at the University of Cambridge, UK. That experience, which he both enjoyed and found helpful in training to be a leader, sadly left him without time to study his father’s business style. Nevertheless, Patrick is well acquainted with the company’s history and strives to achieve more.

“Lian Huat Group has been involved in property development and investments for nearly 50 years,” he says. “The company was founded by my father in 1959 as a business trading in spices. The business became so successful that he was eventually known as the ‘Nutmeg King’ due to his dominance in the nutmeg trade. He then started developing and investing in properties in the late 1960s.”

Though the Group stopped trading in spices in the 1990s, it has persevered in real estate and has created a formidable portfolio of properties in Singapore, Australia and China. The Group also invests in hotels, like the ibis Styles Singapore On Macpherson as well as The Inn at Temple Street, in the heart of Singapore’s Chinatown, which it is in the process of redesigning.

“It will be a total revamp,” explains Patrick. “We have engaged JGP Architecture, one of Singapore’s leading architectural firms, to design a boutique hotel that is unique, charming and filled with the heritage of Chinatown. The hotel market in Singapore is strengthening, so we hope to capitalise on the uptrend and have the new hotel ready by late 2019.”

“The hotel market in Singapore is growing very quickly. We hope to be able to capitalise on the uptrend.”

Patrick has also undertaken, together with Nobel Design and 2E Capital, successful projects such as One Dusun Residences, a residential-cum-retail development. “It was very important for me to make sure the project was a success. As it turns out, One Dusun Residences was a huge success. We sold all our units in one day and made a net return that was four times the equity we invested after tax.”

Not content to rest on his laurels, Patrick believes the Group will also find fortune further afield. The hotel and office sector in London looks promising and, with the UK heading towards Brexit and the sector having hit its peak (house prices in the UK, particularly in London, have fallen this year), he foresees good investment opportunities.

Back home, business looks good. A residential high-rise at 8 Hullet Road, which is at the doorstep of Singapore’s Orchard Road, was launched for sale in April this year by a consortium (comprising 2E Capital and Mondyan) led by Lian Huat Group. Though the real estate market in Singapore is now extremely competitive, the Group managed to acquire the property when the market was soft in November 2016. Since the sales launch of 8 Hullet, more than 50% of the apartments have been successfully sold.

That said, difficulties lie ahead for the real estate sector. Government policies in countries such as Hong Kong, Australia, China and the UK are tightening and property sales are slowing down. For example, higher stamp duties and restrictions have been applied to foreign buyers, and bank financing has been restricted. At the same time, construction costs and competition for land are increasing, and the Group must adjust to the evolving industry.

Despite these difficulties, Patrick is on track to lead Lian Huat Group towards success. As mentioned, his career in the Singaporean military was helpful in training him for the life of an executive. Consequently, he’s developed his own criteria for excelling as a business leader.

“To be a good leader, you have to be humble,” says Patrick. “You have to have a servant mentality – leaders should serve rather than be served. You have to respect others and be able to trust your people’s ability to work in the interests of the company.

A leader who is always suspicious of their people will not be a good leader. They must be able to communicate their vision, ideas, thoughts and directions clearly, as well as make wise and prompt decisions.”

Many of these qualities translate to managing business partnerships. Lian Huat Group maintains good relations with companies like Nobel Design, 2E Capital (which comprises Expand Construction and Steel Industries), Mondyan, JGP, EWC, PropNex and Huttons, for whose support Patrick is grateful. The reciprocal respect, communication and collaboration that define the way he works with his team are evident in these partnerships.

“I believe in creating a win–win relationship with my partners,” Patrick explains. “I believe that only then can the partnership flourish and create value. It is very important for partners to be honest and transparent, to have open communications with each other, and to have mutual respect and trust.

“It has to be a team effort where all partners put their strengths together and work as a team, where the opinions of all partners will be taken on board and considered seriously. It is never ‘my way or the highway’.”

Friendly, productive relationships characterise Patrick’s personal life as well. For example, when he’s suffering from a stumbling block in the business, he finds a game of tennis with friends can work wonders. With this emphasis on mutual support, Patrick and Lian Huat Group are cultivating the kind of standing, which the managing director uses to measure his achievements.

“To me, whether I am successful or not isn’t determined by the size of my company,” he says, “but by how well my family and I have contributed to our society. Reputation is also a very important measure of my success. If everyone remembers me as a man with integrity, humility and sincerity, I have done pretty well in life.”

“Reputation is also a very important measure of my success.”

It’s clear that this isn’t just talk; Lian Huat Group has been involved in considerable community engagement. In its home city, the Group has netted numerous awards for work in the fields of culture and business, and for support of crime prevention, road safety as well as various charitable organisations. In Australia, it has supported bodies such as Taronga Zoo, the Sydney Symphony Orchestra and the Red Cross, and was named a Gold Supporter for the Official Bid for the 2000 Sydney Olympics.

On a personal level, Patrick is himself involved with the community, being an active supporter of numerous charities and the Roman Catholic Church, and as the Vice Chairman of the Singapore Road Safety Council. With that in mind, if reputation is how Patrick measures his success, he is successful beyond any doubt. Though Patrick still wishes he’d been able to take on some of the business acumen his father used to build Lian Huat Group, it’s clear that this hasn’t held him back. 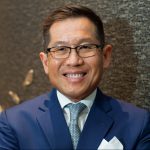