On the rise: Ray Manigsaca 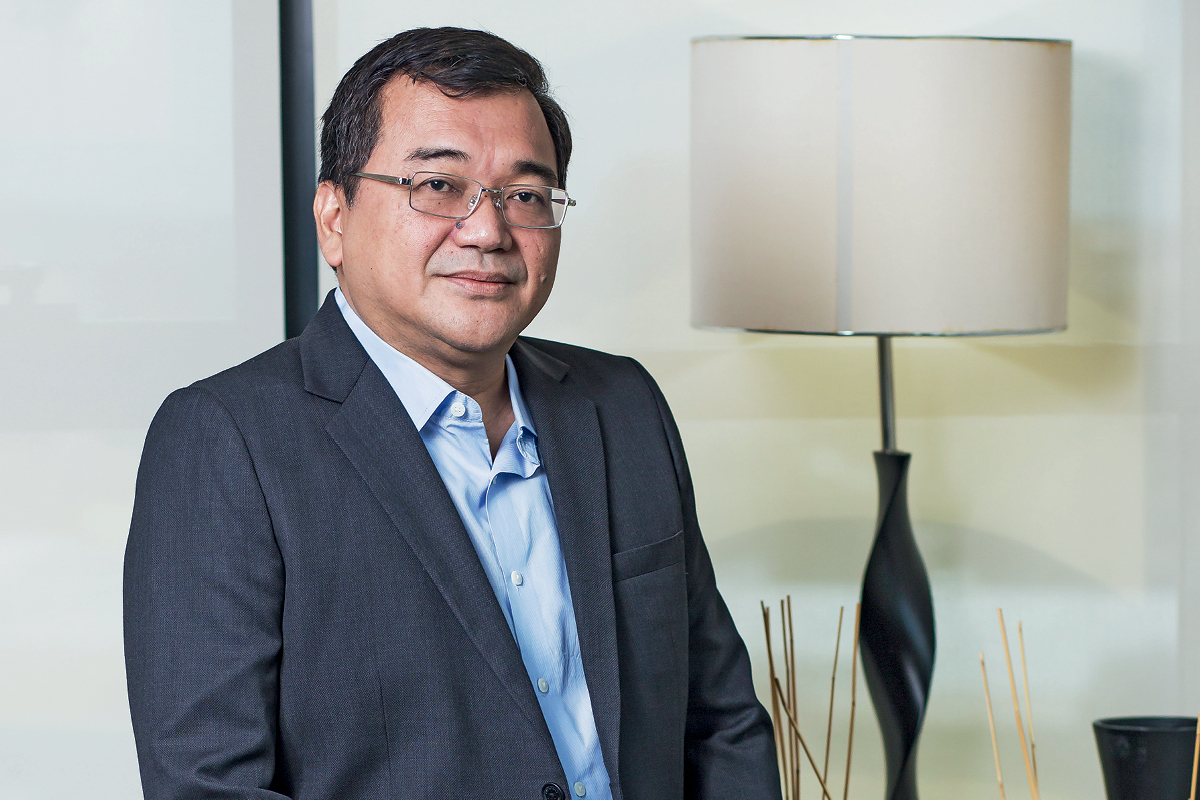 Some companies are inextricably linked to the city in which they were founded, or in which they operate. Chanel is Paris, Volkswagen is Berlin and AppleOne Properties is very much associated with the Philippines port city of Cebu.

Since 2009, AppleOne has been a major player in the development of Cebu, building the infrastructure that’s enticing investors and international businesses to the region. Against a backdrop of Spanish colonial architecture, the city is rising up and looking to a prosperous future.

“Cebu is fast becoming one of Asia’s boom cities,” says AppleOne President and CEO Ray Manigsaca. “We are already experiencing a major increase in tourist arrivals since last year’s expansion of Mactan-Cebu International Airport and now we’re also seeing an influx of foreign franchises and businesses. More and more international companies and brands are making Cebu their new address.”

AppleOne is the brainchild of Ray and his wife, Venus, an engineer who coined the company name both for the fruit’s myriad mythological associations and their shared ambition to be number one in the field.

The business started as a construction company specialising in roads and bridges before expanding its remit into residential housing, hotel operations, property development and real-estate sales.

Today, AppleOne is focused on strengthening its equity in the hotel and tourism industry, and solidifying its position as a globally recognised developer of multi-award-winning residential projects. “We have a lot in the pipeline,” Ray says.

“We have acquired some considerable land banks both in Cebu and outside, since we’ve identified significant opportunities in key cities in Visayas and Mindanao. So, you can expect new developments that will focus on the tourism and housing sectors and will deliver the same quality, innovation and world-class standards as all our other award-winning projects. We will definitely continue to be loud and spread our influence not just in Cebu, but throughout the country
and the Asia–Pacific region.”

Ray has always been a passionate advocate for his home city, putting his money where his mouth is and championing Cebu at every opportunity. Now, it seems, that hard work and vision is paying off, as it becomes an increasingly significant business hub.

“When I first started AppleOne Properties,” he says, “there was definitely a lack of developments in Cebu – very few and limited options for condominiums and commercial buildings even existed.

“I knew Cebu would become the next business and investment capital of the Philippines, but it needed help from local corporations – and that’s where AppleOne came in. Now, looking at the city, it has definitely come a long way. More foreign investors are coming in while developers and companies from Manila have branched out to Cebu, investing their funds and expanding their businesses here.”

“I knew Cebu would become the next business and investment capital of the Philippines, but it needed help from local corporations.”

That said, Ray has spoken previously about Cebu’s tendency towards a “brain drain”, whereby talented people head overseas instead of staying and working locally.

One of his passions is ensuring that AppleOne has a workplace culture that retains talented people as much as possible – to that end, he cultivates a familial feeling among his colleagues. “My father was an educator,” he explains.

“He didn’t make a lot of money, but he inspired me to be who I am today because he worked hard and he valued family. Those are values that I’ve come to adopt in my life and in the leadership of my company.”

“I believe that AppleOne is an extension of my own family,” Ray continues. “A family whose members are deeply connected to each other, who cultivate each other’s talents, empower each other’s strengths, are considerate yet objective about each other’s weaknesses and focused on the overall welfare of the sum and its parts. In this regard, every employee feels that they are part of a growing community that respects and nurtures their individuality, and that all their actions and decisions amount to something good, something big for the overall progress of the company. All employees are given equal opportunities to speak up, share their ideas, give their own opinions and contribute to the overall goals of the company.” 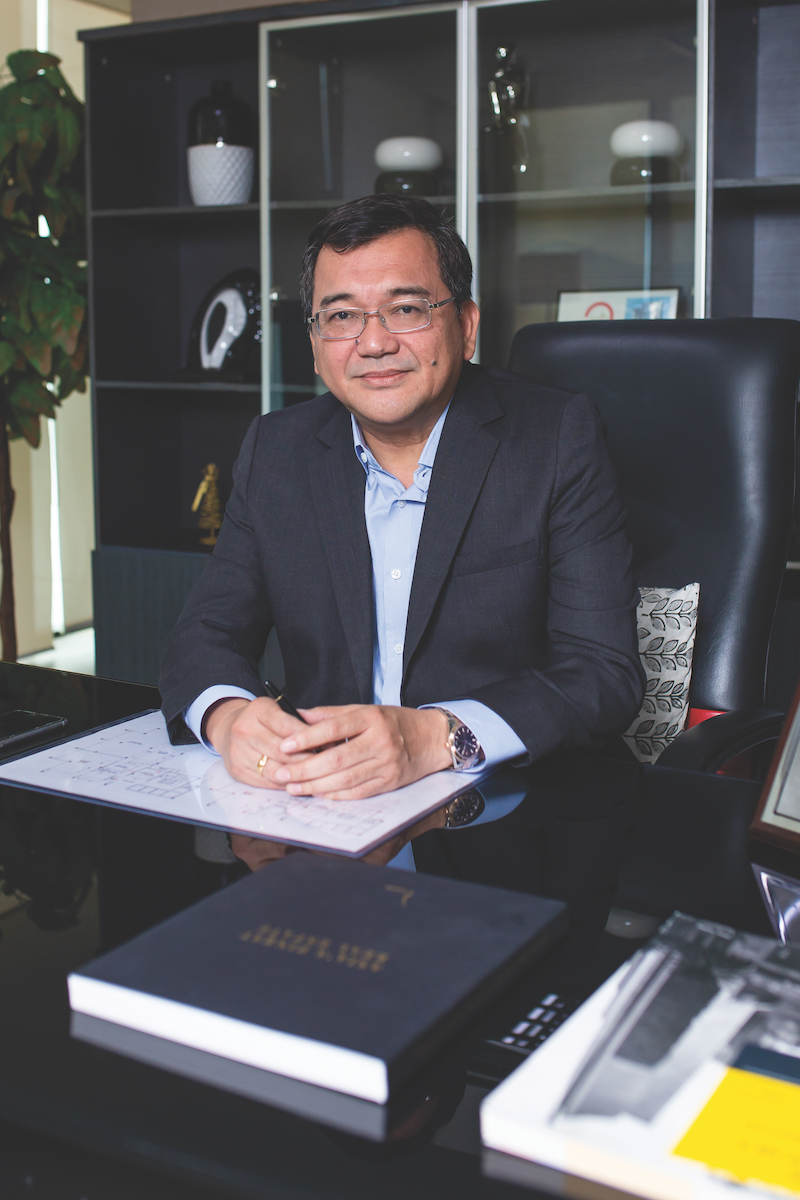 That is more than just a metaphor – Ray’s immediate family is heavily involved in the day-to-day running of the business. Chairman Venus Manigsaca helps turn Ray’s dreams into reality and, recently, their son Patrick has begun tackling some of the company’s bigger projects in his role as AVP of Business Development.

“Patrick has become instrumental in developing strategies for AppleOne Properties as a whole,” says Ray, “and aiding in the expansion and diversification of the business as it dives into different ventures both in Visayas and Mindanao. But at the same time, Patrick will also further his studies abroad and continue to get experience outside, which will provide him with the right values and work ethic to equip him to truly lead in the company. He is still young!”

In addition, Ray and Venus’s daughter Samantha is still studying hospitality, but Ray hopes to involve her in AppleOne as well – if and when she’s ready. “I don’t force them to join the company right after college, just because the family owns it,” he explains.

“During my time, it was accepted that after you received your diploma, you had to look for a job. Now, the younger generation have the option of pursuing their passions or continuing their studies abroad. I want to provide that type of liberty to both of them, and really allow them to develop their skills and enrich their experience outside.”

As you may imagine, conversation around the dinner table often turns to business, but the Manigsacas are conscious of using their time together to discuss any topics they’re passionate about, whether related to AppleOne or not.

“Even if we talk about work or serious things, we get closer to each other,” Ray says. “Stronger connections are formed. We get to know each other even more over our conversations at the dinner table. It’s a really good time to have as a family.”

Even with all these irons in the fire and constant thoughts about where he can take the company next, Ray dismisses the notion that he is a workaholic. There are some things he always makes time for.

In addition to international travel and the occasional drink with friends, he is a long-time fan of chess and other strategy games, which he says help to enrich him as a person. But the activity he schedules in every day is reading. “It keeps you informed and you are able to learn new things every time,” Ray explains.

“That’s something I learned from my father. He was an avid reader, always reading books, newspapers, magazines. And whatever he read, I would read the same thing right after. I read the business sections in newspapers, but I also enjoy reading about other countries and what they are doing because it gives me ideas for upcoming business ventures.”

“Our vision as a company is to build better living communities all over the country with a solid imprint in the hospitality, residential and commercial industries.”

Ray is always focused on future challenges and opportunities, even when he’s enjoying personal time. Asked about his plans for the next two years, he says, “Our vision as a company is to build better living communities all over the country with a solid imprint in the hospitality, residential and commercial industries, as a trusted developer that inspires through innovation, best practices and excellence, combined with our commitment for passion and compassion in everything we do.

“We would like to focus our efforts on strengthening AppleOne’s equity in the hotel and tourism industry, and solidify our position in the region as a globally recognised developer for premier developments in real estate. AppleOne will continue to elevate the standards in these industries and will be instrumental in helping to bring the country forward, beginning with Cebu.” 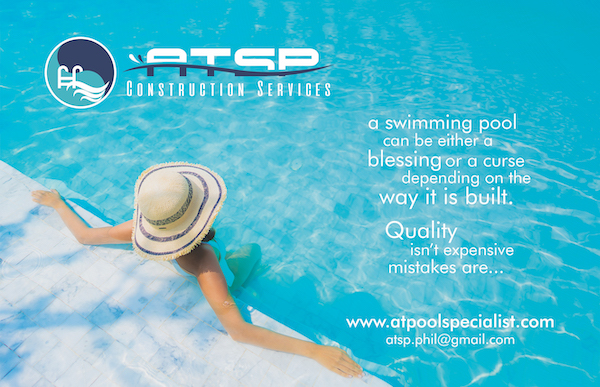 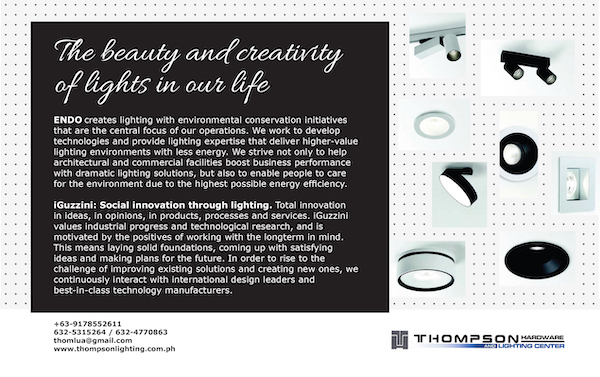