That’s what we are building toward – a better life: Ramesh Ranganathan 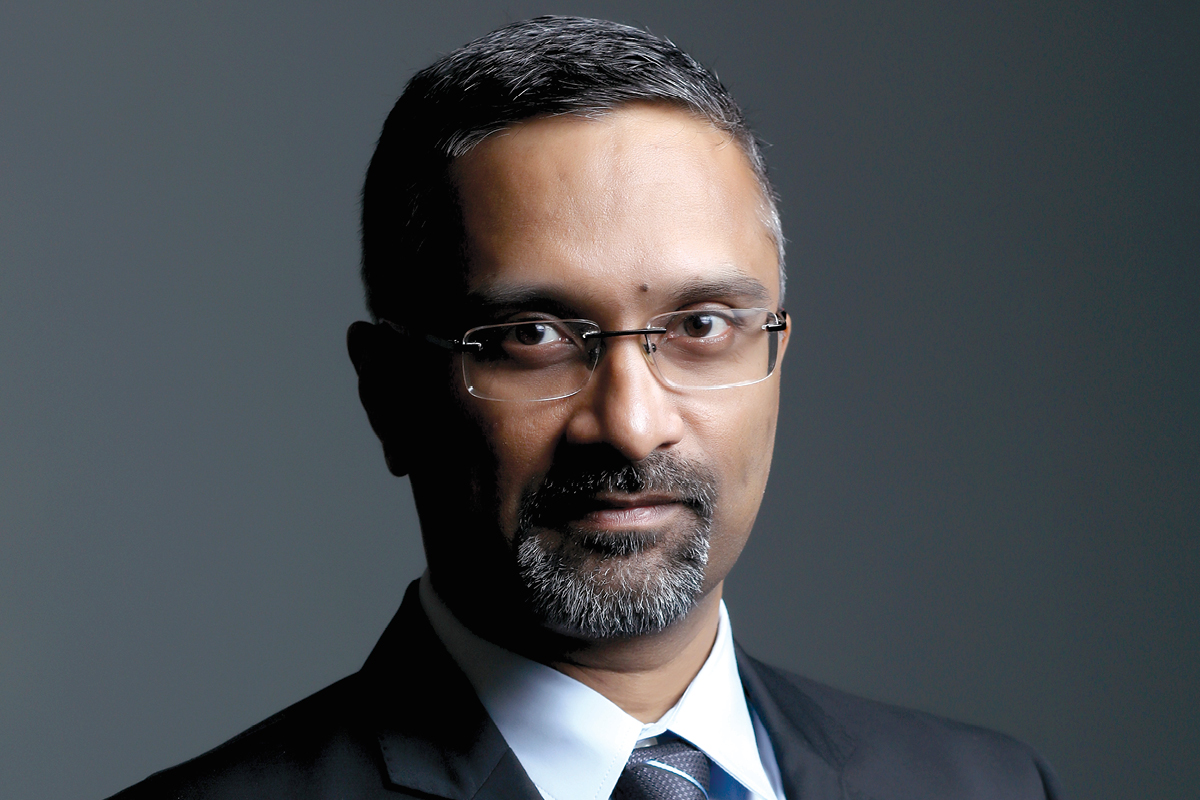 Bombay Realty may be a relatively new entrant into the real estate market, but its name is backed by one of the oldest and most esteemed Indian conglomerates – the Wadia Group.

“Wadia is a name that has been known to every Indian consumer for generations,” says Ramesh Ranganathan, CEO of Bombay Realty. And it’s no wonder.

Founded by Lovji Nusserwanjee Wadia in 1736, the Wadia Group began as a marine construction company that developed ships for the British.

It manufactured 355 ships during its operations, including the HMS Minden, aboard which the US national anthem, ‘The Star Spangled Banner’, was written and the HMS Cornwallis, where the Treaty of Nanking was signed, ending the First Opium War and ceding Hong Kong to England.

The company then diversified into textiles, with the development of Bombay Dyeing. From there, the group spread its reach further by heading into chemicals, health care, aviation and consumer goods.

One of its well-known subsidiaries is the food brand Britannia which produces biscuits, bread, cakes and dairy products. Now, with Bombay Realty, Wadia is forging a position in real estate.

Ramesh sees a lot of opportunity for Bombay Realty in India. “There are prime pieces of land and huge development prospects that were untapped in Mumbai City,” he says.

“The reason I came on board was to see how I could play a strategic role in unlocking the value of these assets, which have been sitting in the books of this company for decades.”

At the time of this interview, Ramesh had only been with the company for four months but, within that short time, he already had a plan to take Bombay Realty forward.

“It’s about getting the entire organisation to start working on a land-to-launch mode,” he says. “Most of the time in an operating company, whatever we are currently focusing on takes precedence over any new product development.

“So, to bring in a culture that works towards getting new products up and running means, at a concept design level, getting the organisation to start thinking about the future. This is probably the most important challenge that we’ll end up facing because that’s not an operational target with a set approach. Most of the team would be thinking of trying to achieve their day-to-day targets. This is about building for the future; getting our plans ready so that our tomorrow is far more secure.”

“This is about building for the future; getting our plans ready so that our tomorrow is far more secure.”

Bombay Realty specialises in mixed-use developments as well as offices and residential buildings for clients including Siemens and the Union Bank of India.

Perhaps its most iconic developments to date, however, are the Island City Center (ICC) and the Wadia International Center (WIC). The ICC includes two super structures rising high above the Mumbai skyline.

They feature three- and four-bedroom apartments within a gated community and are protected by high-tech security features. Within the development are amenities such as a mini theatre, tennis court, swimming pool, play area and library. 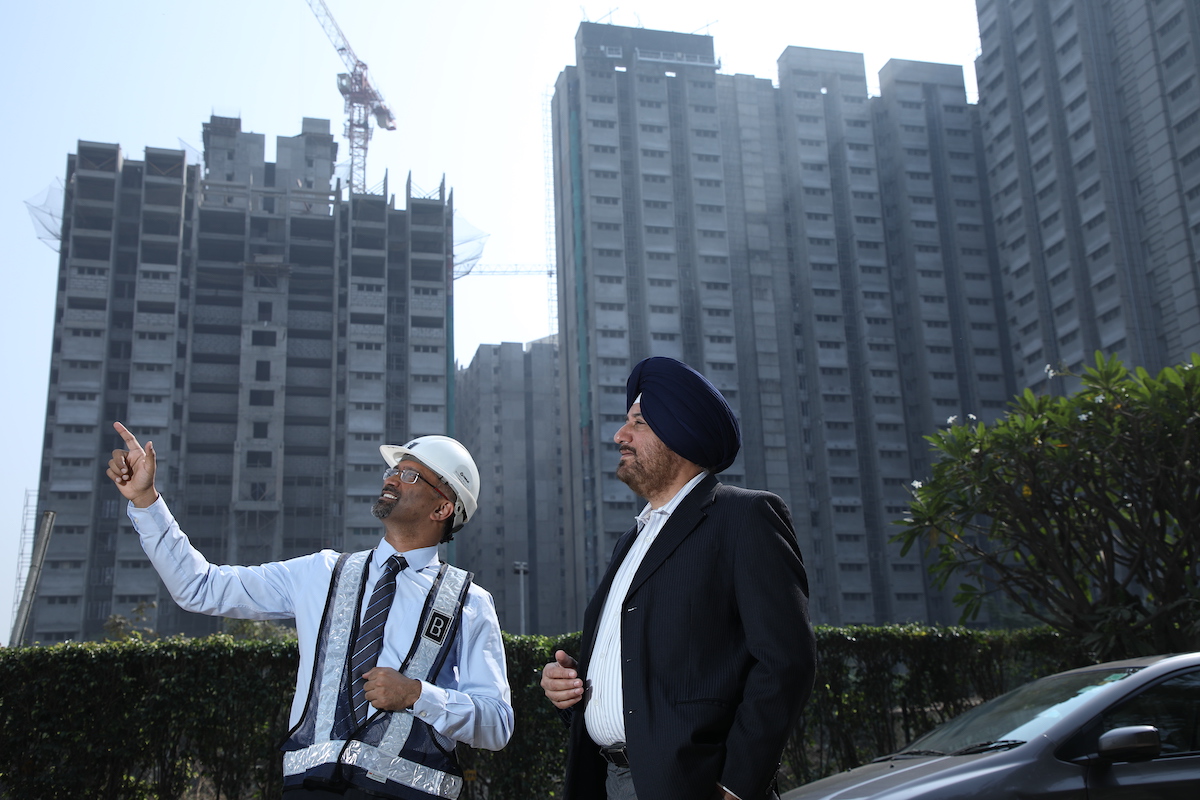 Plus, it’s in a prime location for residents to get to every part of the city. The WIC, on the other hand, is a luxury mixed-use development. It includes a lavish hotel, mall, residences, offices and even a hospital.

“We have two prime parcels of land right in the central business districts of Mumbai – one around 12 hectares and the other around 10 hectares,” Ramesh says.

“They are highly sought-after locations for real estate development. We wanted to start off with mixed-use developments so that we have not only commercial, but residential, retail, allied services, hospitality, and food and beverage services as well.”

Ramesh explains, when it comes to the building’s design, it is important to meet the needs of the customer. “You have to create one monster plan and then start building the individual blocks,” he comments.

The Wadia Group has a strong commitment to corporate social responsibility. During its early years, it built housing units as part of its community welfare contributions. It also owns healthcare facilities, including the Bai Jerbai Wadia Hospital for Children in Mumbai and the Nowrosjee Wadia Maternity Hospital. Members of the Wadia family also built educational institutions in Pune, including the Nowrosjee Wadia College of Arts & Science, the Cusrow Wadia Institute of Technology and the Ness Wadia College of Commerce.

“It’s one thing to build a standalone residential or commercial block. It’s a whole new ball game when you are actually putting them all together in a large township with a lot of greenery; to be able to create an overall ambience where the customers who live or work there don’t necessarily have to go out of that complex for anything. That’s what we are building towards – a better life.”

“It’s one thing to build a standalone residential or commercial block. It’s a whole new ball game when you are actually putting them all together in a large township.”

With around 22 million residents, Mumbai is the largest and one of the most densely populated cities in India. Ramesh highlights that while there is a growing demand for properties there, Mumbai proves a challenge because of the lack of space.

“I’ve been on very few mixed-use integrated developments that are being developed in a city like Mumbai because land is scarce,” Ramesh says. “Hence, I believe there’s a huge opportunity for us to tap into doing them.”

“There are many instances where mixed-use developments have seen better appreciation in prices than standalone developments.”

One indication of the real estate industry’s prosperity in a country is its political and economic status. “Having a stable political regime is critical for developments,” Ramesh says.

“When you have a stable political environment, you see a lot of investments happening. From there, companies then start planning their growth.”

He adds that the real estate sector in India has gone through its own changes over the past few years, bolstered by demonetisation and the introduction of the GST.

“Because the sector is highly regulated and market-sentiment driven, it is typically a live indicator of economic growth. When the economy does well, then the real estate picks up. Therefore it’s very important for the economy to do well.”

What sets Bombay Realty apart from its competitors is its ties to the Wadia Group. “The Group has stayed in business for more than 280 years,” Ramesh says.

“Its name commands a huge amount of trust among customers as we have been presented primarily as a consumer-centric business – be it our dyeing or our textile business. Real estate is something that has always had its own share of challenges in terms of having credible players in this space. There are few names that you would count as credible names and there is no better name than Wadia’s, who’ve been in the business for generations.”

To continue its strong reputation in the real estate sector, Bombay Realty makes sure it develops its connections with its main partners.

“Relatively speaking, real estate is the baby of the Wadia Group but, during our eight years, we’ve built very strong relationships with contractors, suppliers and vendors,” Ramesh says.

“They’re relationships we nurture and build into strategic partnerships for us to grow going forward.” He adds that the key to a strong business relationship is trust and timely payments. “We’ve been pretty good in terms of honouring those commitments,” he comments.

Once these factors are achieved, it creates greater reliability when it comes to the building phase. “Coming from the house of Wadia means you’re coming from a name associated with trust and transparency,” Ramesh continues.

“Coming from the house of Wadia means you’re coming from a name associated with trust and transparency.”

“That’s something we strongly cherish. Many customers have had to suffer at the hands of unscrupulous developers. But here, we offer quality products within the set time frame. We strongly believe that if we have committed to the customer that we will deliver something in 48 months, we’ll actually deliver it in the 47th month.” He adds enhancing supplier relationships makes the whole development process better. In turn, it supports the Wadia Group as a whole. “It’s not just about the real estate business,” he says. “It’s also about the other businesses in the group which, at one point or another, have relations with the same vendors in different areas.”

“For example, if we are putting up a plant somewhere to manufacture biscuits or textiles, the vendors may end up being the same. So it’s about building long-term relationships.”

“As I say, we are not just a real estate company. We are a diversified group of various businesses and each one has its own strengths. We come together and derive synergies from each other’s experiences. That’s what makes us different from other businesses that are purely standalone.”

To keep Bombay Realty thriving, Ramesh says it’s all about the people. “Today, talent is hot property. It’s very important that we as an organisation are able to retain good talent and nurture it for future growth. This will always be a challenge, especially when an organisation is on an ambitious path to expand its business.”

Apart from a focus on strengthening its talent, Bombay Realty wants to do things faster while making greater savings. “We want to apply value engineering so that we can deliver the same products at lower costs, but at the same time ensuring that the product is delivered properly,” he says.

In addition to that it is meeting the customer’s expectation. “A customer who is a well-travelled understands the sensibilities of a quality product,” Ramesh adds.

“So it is about understanding what their expectation is and going beyond it. In any development, the moment of truth is in the handover.”

Go Air was launched in 2005 as a low-fare passenger carrier. It operates more than 230 flights a day across 28 domestic and international destinations, including Ahmedabad, Bengaluru, Jaipur, Mumbai and Phuket.

The company was established in 1879 and made spun cotton yarn, dip-dyed by hand. Since then, it has grown to become a manufacturer of towels, linens, home furnishings and clothing. Bombay Dyeing also has a polyester division. Its facility produces polyester staple fibre used in home furnishings, wipes, filters and insulation materials.

National Peroxide produces hydrogen peroxide from its manufacturing facility near Kalyan in Maharashtra. This is then used in several industries, including textiles, environmental control and waste management.

WTESL is involved in architecture, design, consultancy and engineering services for several infrastructure projects throughout India. Its reach spans roads and infrastructure development, hospitals, schools, colleges and commercial buildings. The company has completed more than 2,300 projects since it was established in 1960.

Tea and coffee producer BBTCL was founded in 1863 and is one of the oldest companies in India. The company began by trading timber from Burma (Myanmar) until it switched its focus to tea plantations in 1913. Today, it owns 2,822 hectares of land for its tea plantations and produces approximately eight million kilograms of tea each year.

The tea is grown in expansive estates – self-contained communities that have places of worship, bazaars, schools, hospitals, residential quarters and recreation clubs. These amenities are given to BBTCL’s workforce. The staff are also provided free medical care, as well as schooling for their children up to primary level.

On the coffee side of things, the company has 927 hectares of planted coffee and produces around 1,000 tonnes of coffee a year. In addition to tea and coffee, BBTCL has diversified into electrical components, dental products, weighing products and horticulture services. 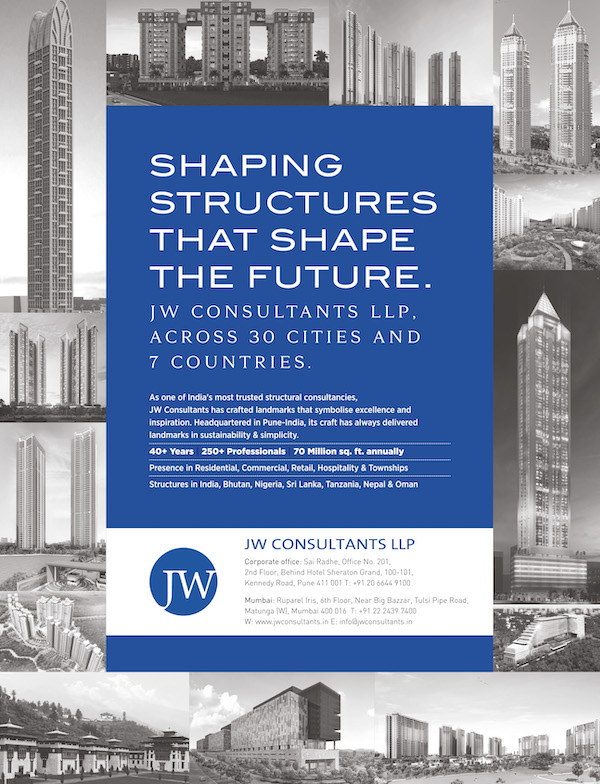 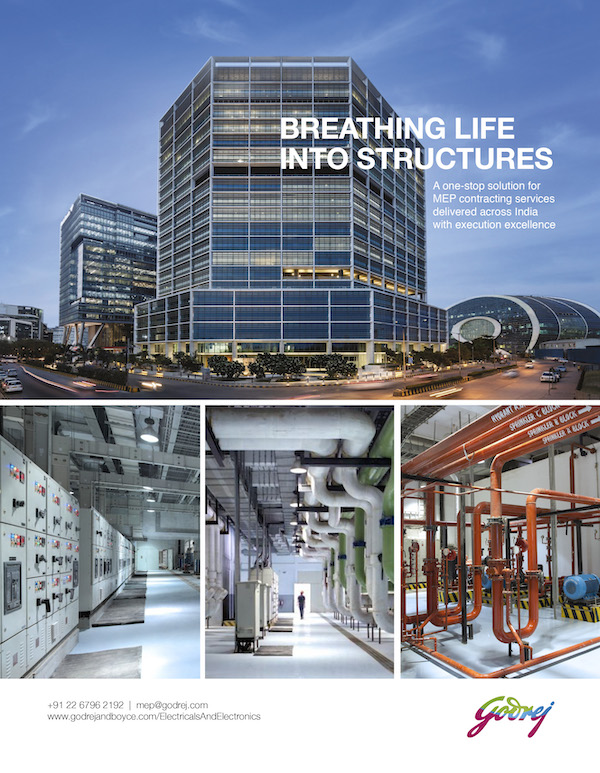 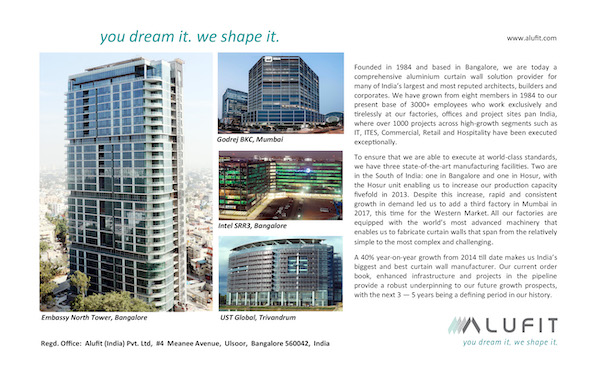