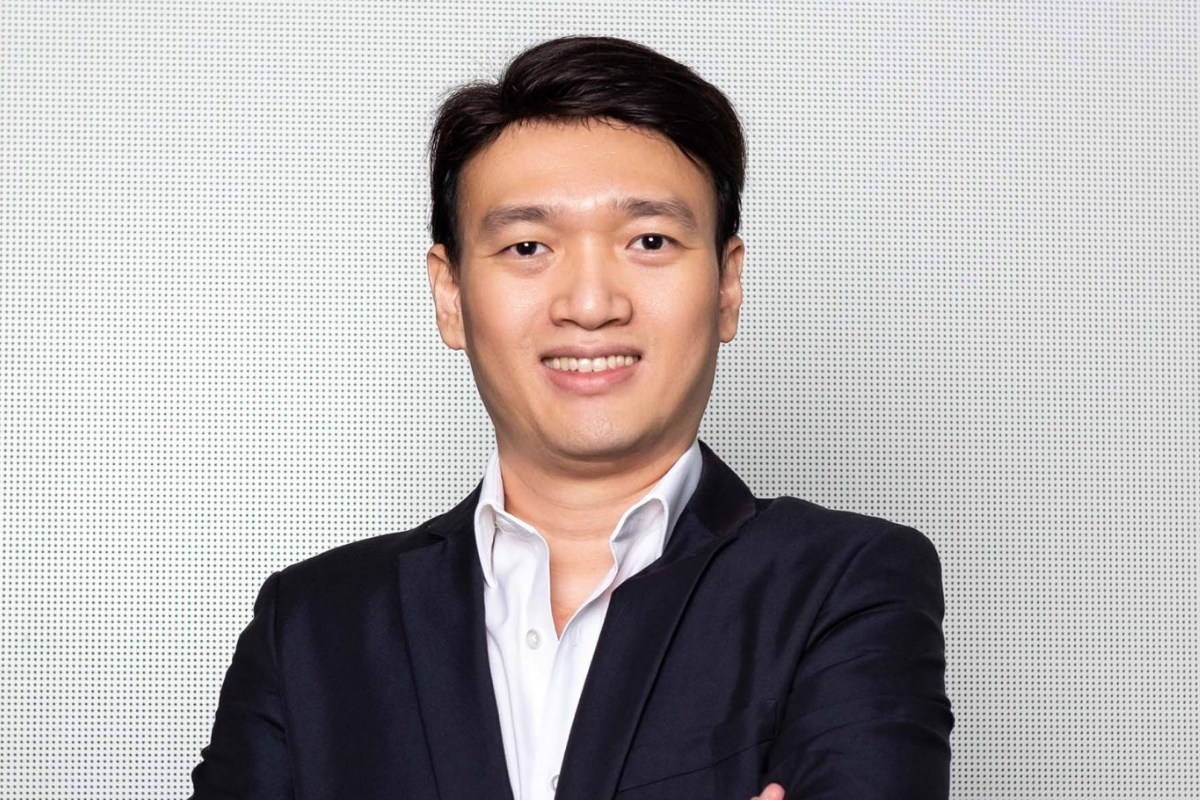 There’s a not-so-quiet revolution going on in the Philippines’ power industry. Long reliant on coal and natural gas to fuel its national power grid, the country is undergoing a transition towards more sustainable avenues of power generation, especially solar and hydro power.

The rewards for doing so are numerous, and some are less obvious than lower emissions and cleaner air. A major player in the Philippines’ renewable power sector is Citicore Power, an affiliate company of Megawide Construction (under Citicore Holdings), which in the past few years has undergone a revolution of its own in diversifying its activities. That has come about largely through the efforts of then-CFO and Chief Strategist of Megawide, Oliver Tan, teamed with the company’s founders.

“Together we plotted an ambitious diversification program to grow and transform Megawide from a pure construction company into what it is today – a diversified infrastructure conglomerate,” he says. “Back then in 2015, we thought it was really only a matter of time before the world would shift to renewable energy, and we’re seeing that happening today.” 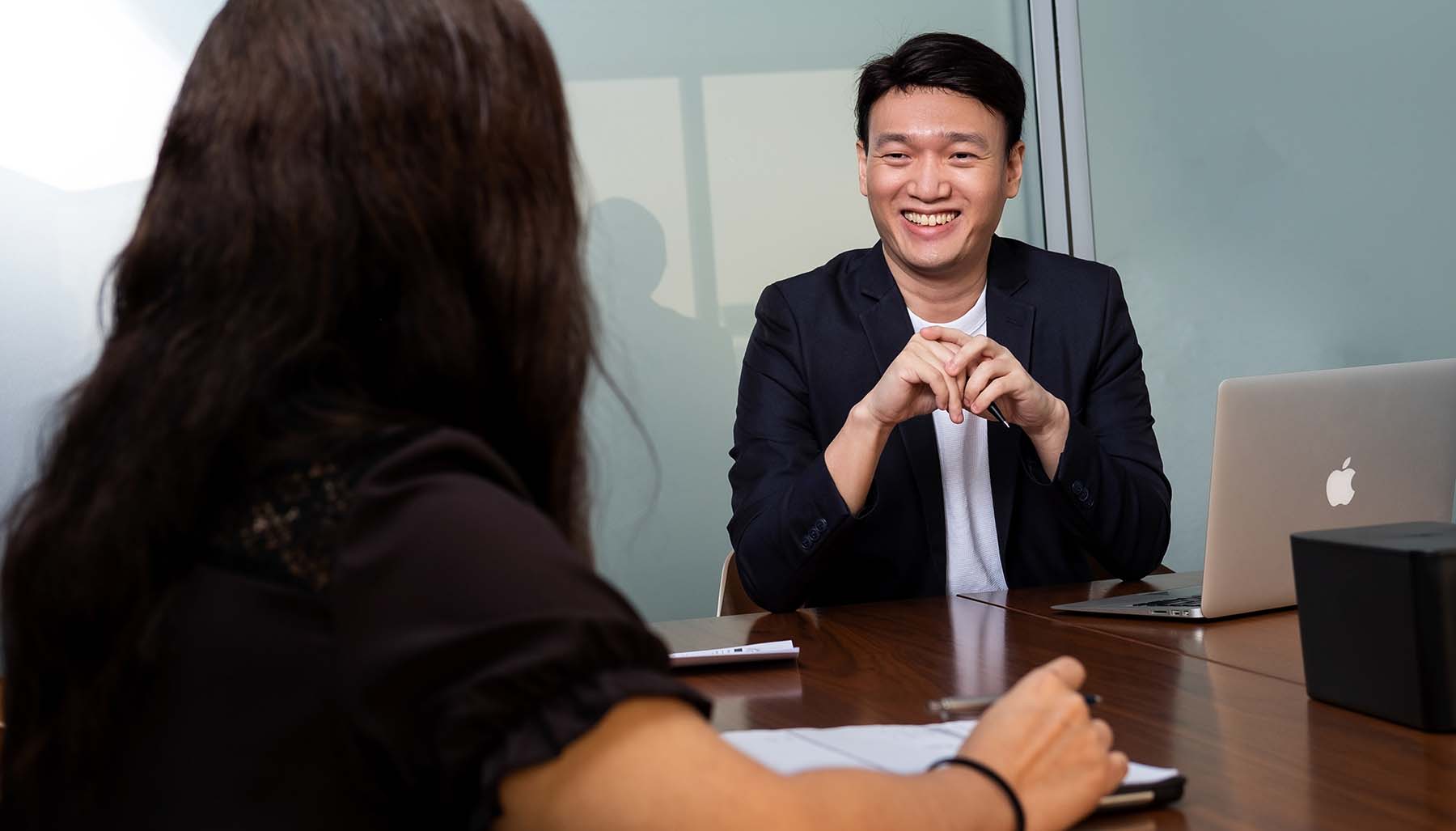 Now President and CEO of Citicore Power, Oliver is driving a new paradigm of power generation in the Philippines, from one of large fossil-fuel power grids to local microgrids using solar, hydro and biomass technologies. It’s a complex process fraught with problems, but one that will radically change the future of power in the Philippines.

“For the past five years, we’ve significantly increased our installed capacity, so we are now at a combined installed capacity of 163 megawatts, from eight operating solar plants across the Philippines,” he shares. “We have five in Luzon, two in Visayas, and one in Mindanao. And the best is yet to come. Before COVID-19, we actually entered into a joint venture with a blue-chip conglomerate to jointly develop one gigawatt of new solar power plants in the next five years. We’ve already broken ground on our maiden joint venture project in Pampanga, so it’s exciting.”

The change is inevitable and necessary, and not just in the Philippines. Oliver saw the writing on the wall for changes in power generation and is animated by the possibilities this transition will bring to the country and the role he is able to play in it.

“I embraced the challenge because of the vision we saw. We’re seeing a macro change in the trend of the power industry, similar to what we saw in the telecom industry, when we shifted from analog to digital,” he explains. “The evolution of solar technologies and energy storage systems has made the shift to renewable energies more compelling. In addition, our government has made several good policies to attain clean energy goals.

“The Green Energy Option Program empowers consumers to source their electricity consumption from clean energy generators. This allows greater participation by business enterprises and ordinary citizens to partake in the net-zero movement. Last year, the Department of Energy issued a moratorium on new coal-fired power plants. This will encourage a shift of capital investment into renewable energies.”

We call it agro-solar. We don’t displace agriculture land; instead, we enhance its value to those farmers.

Oliver believes expanding into renewable energy generation is a natural progression for the Megawide Group. Its solar power is generated using solar panels on productive land in partnership with local farmers to grow crops under the solar panels, augmenting their income in the process.

“We call it agro-solar. We don’t displace agriculture land; instead, we enhance its value to those farmers,” he says. “Another example is our biomass. We’ve reforested large, denuded forest areas to sequester carbon and develop forest production for sustainability. We plant fast-growing trees, process it as woodchips to serve as an alternative, cleaner fuel for biomass-powered plants, and replant in a continual cycle. We’ve turned unutilised, denuded forest land into productive use and, at the same time, provided employment benefits to local communities.”

Citicore Power is going one step further by establishing a real estate investment trust for renewable power generation. Most listed REIT products are based on properties such as office and commercial buildings, Oliver explains, while Citicore’s REIT, Citicore Renewable Energy Corp, will be the first of its kind to offer the public a diversification from traditional property REITs. It’s a calculated opportunity to broaden the company’s direct investment potential and its community connection.

“The Philippines will be able to catch up with its neighbours in terms of depth and breadth of investment products, and ultimately, the country will benefit from unlocking capital to further develop or build new infrastructure that our country lacks,” he adds. “Our business model of empowering communities through positive energy sets Citicore apart from its competitors. We are fully or vertically integrated from greenfield project development to engineering, procurement and construction to plant operations and maintenance.” 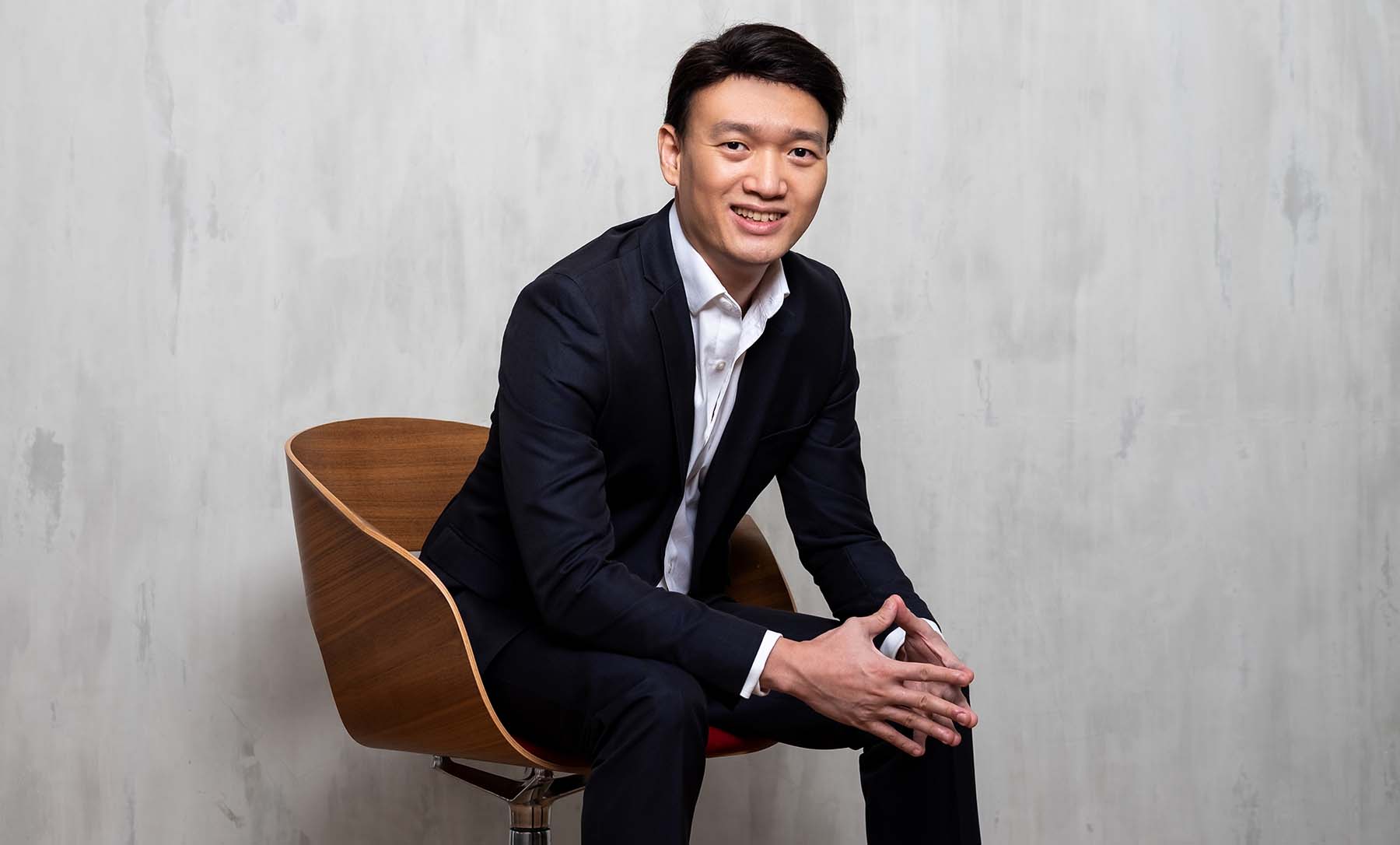 Citicore is working assiduously to improve its customer service. That tackles the common areas of prompt attention from service personnel for installation, repairs and payment, but is also venturing into technology areas that will become more popular as it develops.

For instance, Citicore is investigating greater customer involvement through the design of energy solutions customised to their energy demands. The company is actively pursuing new developments in integrating solar cells into building materials in roofs, walls, and even glass curtains. Then, Oliver explains, these elements would not only serve their usual purpose in a high-rise building, but would generate power as well.

His role as CEO has shown Oliver that leadership takes many forms, and the switch from CFO to CEO has been instructive in revealing a more personal angle to the demands placed on him daily.

“Initially, I thought the stress level of being CEO in Citicore Power would be lower than as CFO in Megawide,” he says with a smile. “But I was wrong! It was a whole new different terrain of learning curves and responsibilities. I learned the hard way that the skill sets required of a CEO are not really similar to a CFO. Now, as a CEO, I’m being forced to learn about my soft side – the soft skills of being a leader.

It’s one thing to have a vision; it’s another thing to communicate that vision to your team and ensure they embrace it.

“Emotional intelligence is very important as a leader and so is communication. It’s one thing to have a vision; it’s another thing to communicate that vision to your team and ensure they embrace it, because at the end of the day, leaders are only as good as their team. So it’s communication, people skills and ensuring that your team really has that teamwork.”

That teamwork is building a new powered future for the Philippines, and Oliver has secured a central role in its development. He wouldn’t have it any other way. “We live in a world that is constantly evolving in consumer behaviour, workspace needs, shared and circular economies, digital currencies and more,” he says. “As with what happened to the telecom industry – the shift from analog to digital – we at Citicore are seeing a similar macro-shift in the power industry from a national grid to microgrids.

“We envisage communities in the future to not only be self-sufficient in terms of food supply but also energy independent. You cannot build a coal-fired power plant in each and every locality, but you can with solar and energy storage systems. Citicore will be at the forefront when this happens.”

“As a long-term partner, Powerway Renewable Energy will continue to support Citicore Power to achieve its commitment of creating a cleaner and greener future for the Philippines.” – Ben Ho, Vice General Manager, Powerway Renewable Energy
“It is our pleasure working with Citicore. The whole project team is engaged in a collaborative and productive way that brings a positive atmosphere to the project in meeting the schedule within the deadline.” – Mario L Nicolas, President and CEO, MN Electro Industrial Supply and Services Inc

As a world-class solar product manufacturer, Seraphim specialises in the research, development, production and sale of solar PV products. Since its foundation in 2011, Seraphim has accomplished significant achievements in terms of production capacity and number of innovative designs. 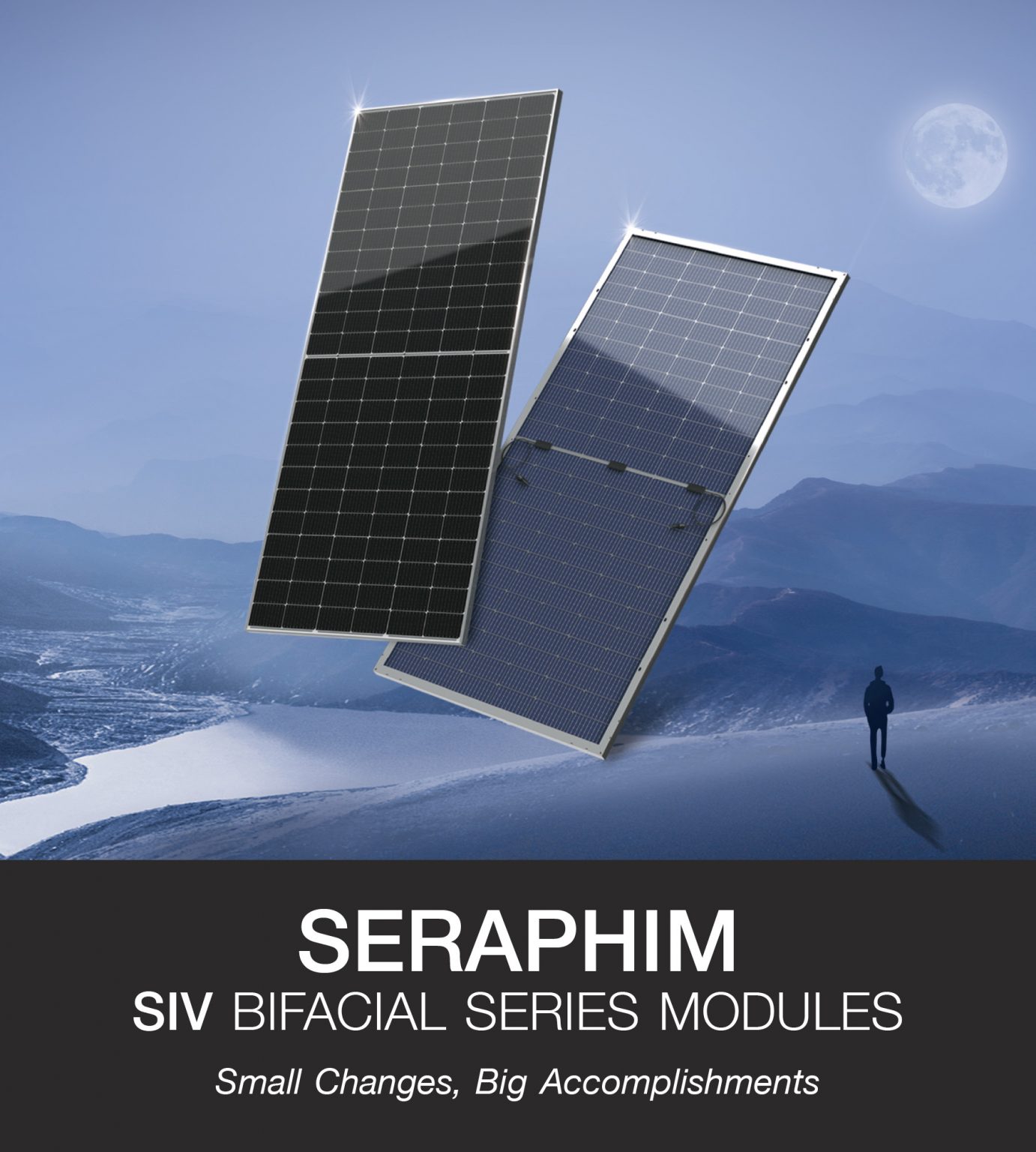 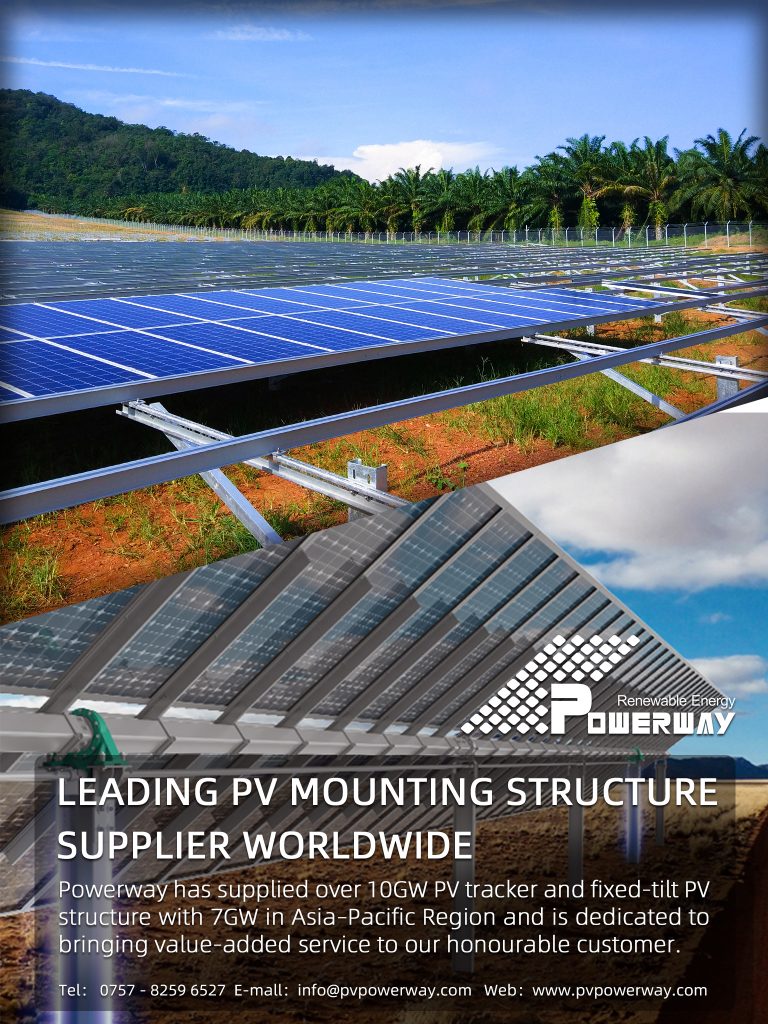 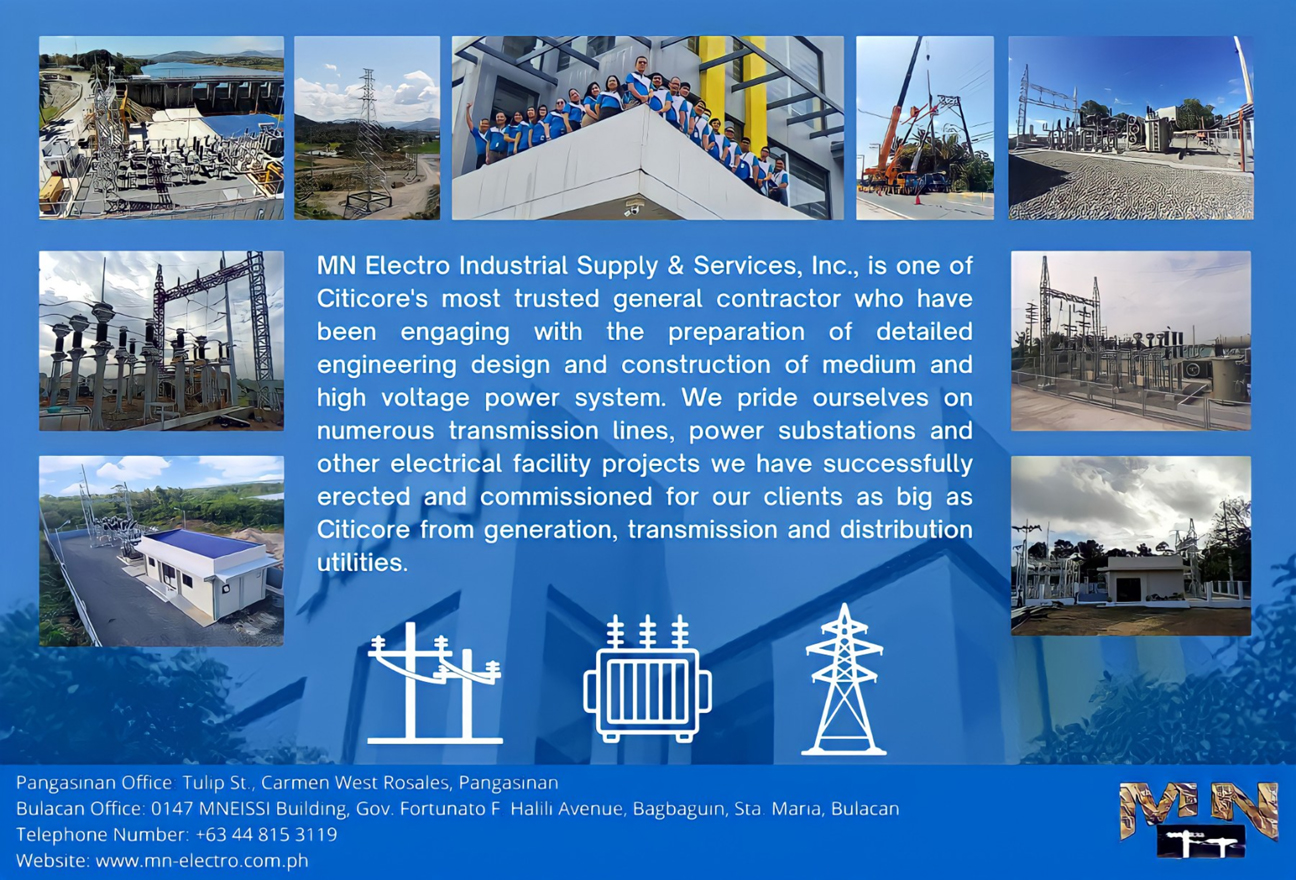