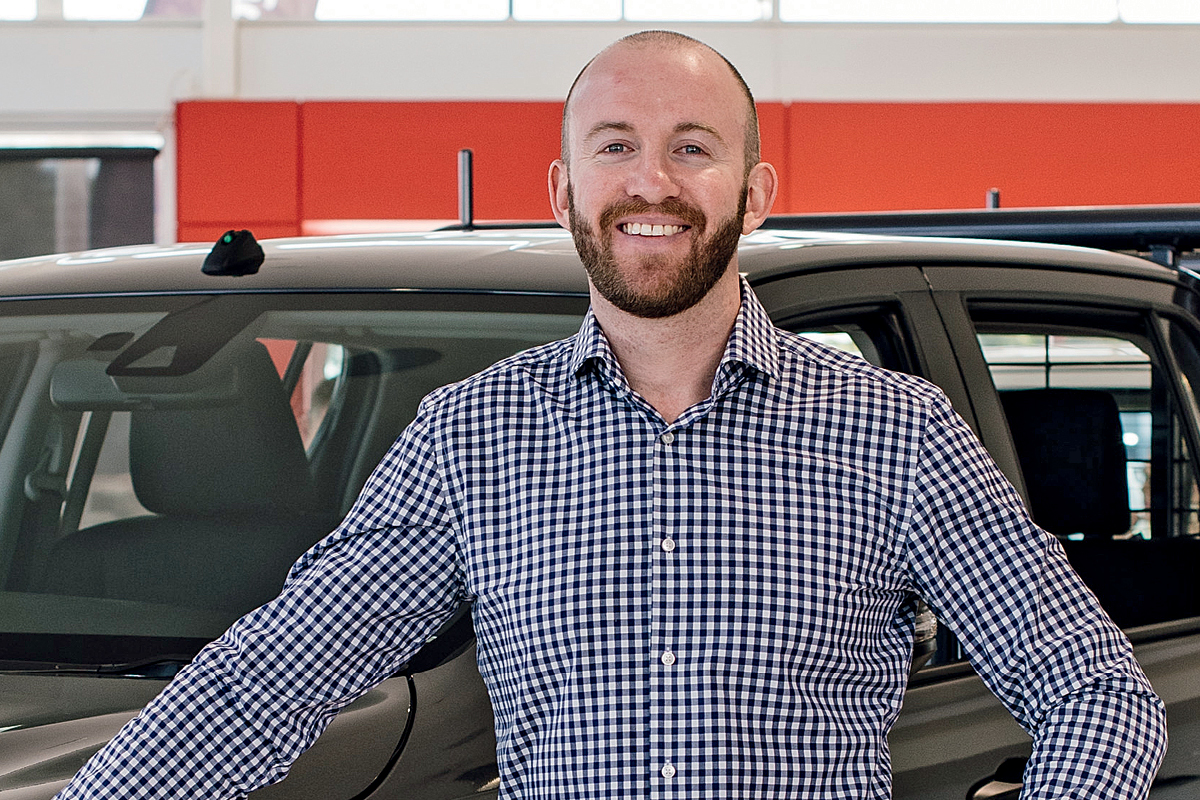 Andrew Kittle, CEO of Peter Kittle Motor Company, says there’s a certain way you’ve got to act as a small-town business to achieve success, and it’s something that’s stuck with the company since it was founded in Alice Springs 30 years ago. To this day, Andrew says it informs the values of every one of the company’s dealerships, from Adelaide to Port Lincoln to Mildura.

Those values are perhaps best represented by a story he heard from his father (and company founder) Peter Kittle, long before Andrew had taken over as CEO. As Andrew recalls, his father was interceding in a debate between a customer and a sales manager.

The customer was under the impression an accessory was to be included in a deal, while the sales manager disagreed. “How many cars have you sold this month?” Peter asked the sales manager, who proudly replied 40 or 50.

“Okay, how many cars do you think that customer has bought this month?” Peter said. “Not one. What do you mean?”

“At the moment, that’s probably the biggest event that’s happening in their life,” Peter said. “The excitement and nervousness would be taking up a fair bit of their thought process at any given time, so that one car is a bigger deal to them than it is to you. I’d put more trust in what they’re saying than your recollection of it, so let’s err on the side of helping that customer out. We’ll include that accessory in the deal so that they can take pride and happiness in their purchase, which is what every customer should have when they’re buying a new car.”

The point of this story, Andrew says, is that one has to genuinely consider the customer’s perspective, the way they view the experience of buying a car.

Andrew cites communication as another example – while it might not seem a big deal to an employee should they delay contacting a customer about their car repairs, the customer is spending that time without their transportation, and maybe even their livelihood.

Equally, Andrew believes it’s essential to follow through on promises. “You have to be honest and transparent,” he explains, “and you have to be understanding of those unique challenges that people can have.”

“You have to be understanding of those unique challenges that people can have.”

Andrew started as CEO last year, though the business itself was founded 30 years earlier in 1988. But the Kittle family’s connection with the business goes back even further – it was Andrew’s grandfather who started a dealership in Tennant Creek, five hours north of Alice Springs.

During the 1940s, he “drove his truck down to Adelaide and got granted the General Motors franchise for most of the Northern Territory”. Eventually, Andrew’s father also worked his way through the business and struck out on his own.

The two older Kittles amalgamated their businesses, creating Peter Kittle Motor Company, and Andrew’s full-time involvement in the business started in 2008, in a role selling new cars at the Adelaide dealership.

Almost six years prior, he was helping after school and on weekends, sweeping floors and doing stocktake. The experience, he says, taught him about the “real-world” issues customers and staff have to deal with each day, so that leadership isn’t just about numbers and finance.

“It’s not a small business, but we do pride ourselves on being a family business. That includes flexibility here and there. It includes more of a nurturing environment, rather than a ‘facts, numbers, and deadlines’ type of environment.”

Today, Andrew’s brother and sister work in the business too, while their dad is still involved, as Managing Director. Though their father never pushed Andrew and his siblings to join the business, they did nonetheless, out of pride and passion. “We’re all proud of the fact that our family has longevity in the industry,” says Andrew.

“I could never see myself doing anything different. All through school, I always believed I’d go into the family business because, besides the pride that I had in how long our family’s been doing it for, I could see that it was a fun industry. Dad’s got a lot of lifelong friends from the industry, as I now have. And it’s rewarding in terms of the community involvement that we’re able to have.” That community involvement is something Peter Kittle Motor Company has always taken seriously. Even with the expansion to dealerships in Port Lincoln, Port Adelaide, Mildura and Adelaide, the company still contributes to each community in which it operates.

One of its longest and most significant partnerships is with the Royal Flying Doctor Service, going back more than a decade. Both organisations operate in many of the same remote areas, where health care can be hard to access, so it’s no surprise Andrew maintains such a firm commitment to the Service.

The relationship between the two organisations is characteristic of any of Peter Kittle Motor Company’s partnerships. “There’s a general respect there on both sides,” Andrew says.

“We highly respect the work they do, and we feel that they respect the work we do and the support we provide them. So, it’s a consistent communication. We let them know what we’re doing, and they let us know when they need help, and we’re able to provide that.”

The company is just as nurturing of its internal relationships as well. Andrew says that with business being more invested in staff wellbeing than ever, it’s a key issue for Peter Kittle Motor Company, and the company wants to be an employer of choice.

On the flipside, Andrew has high hopes for team members within Peter Kittle Motor Company, and says it attracts those who can match the company’s own passion and dedication.

“We’re a very inclusive and competitive employer, and we generally attract those types of employees,” he says. “The ones that demand excellence of themselves and the organisation. In terms of customer service, staff retention and facilities, we want to be the best in town; not just the best car dealership, but the best business in any town that we’re in.

“We want to be the best in town; not just the best car dealership, but the best business.”

“Every day, we talk to our staff about providing value. We don’t see ourselves as being somewhere people go by accident. They come here for a reason, whether it be our reputation or something else. When they’re here, we need to provide value to them. We need to be understanding of their needs and provide them options to meet those needs, and we need to do it in an easy, fuss-free manner so that a customer wouldn’t even think of going anywhere else afterwards.

“Everyone needs a car in some capacity,” Andrew asserts. “Whether we’re able to sell someone a car that they need to help them do their work, or fix their car to help them get back on the road, that’s something we all take a lot of pride in.” 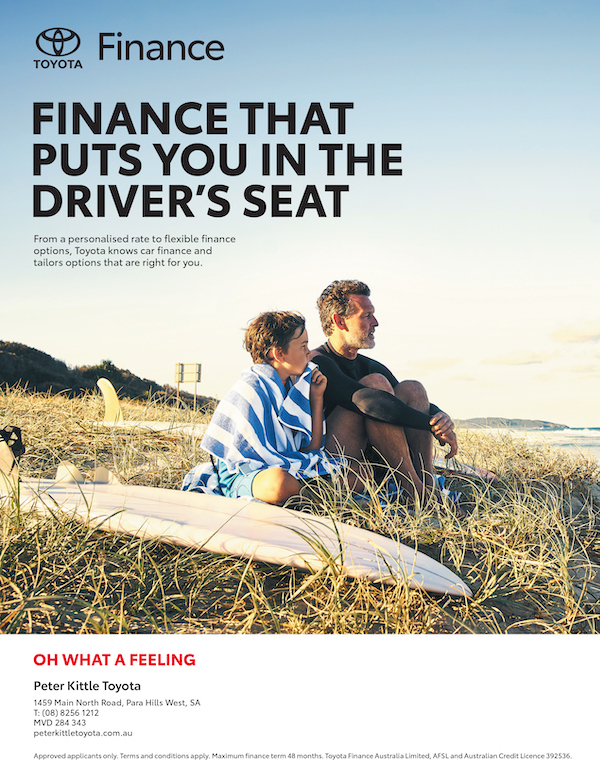 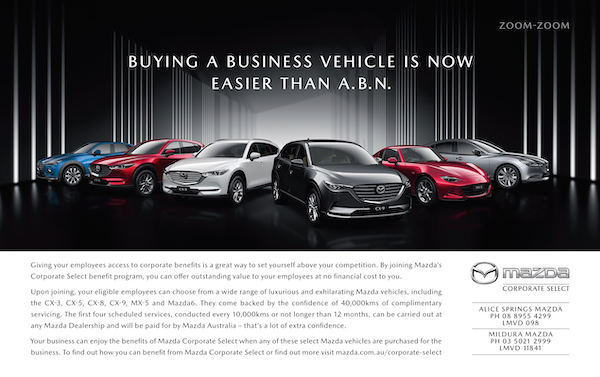