“We believe our people are our best asset.”: Anees Ahmed Moumina 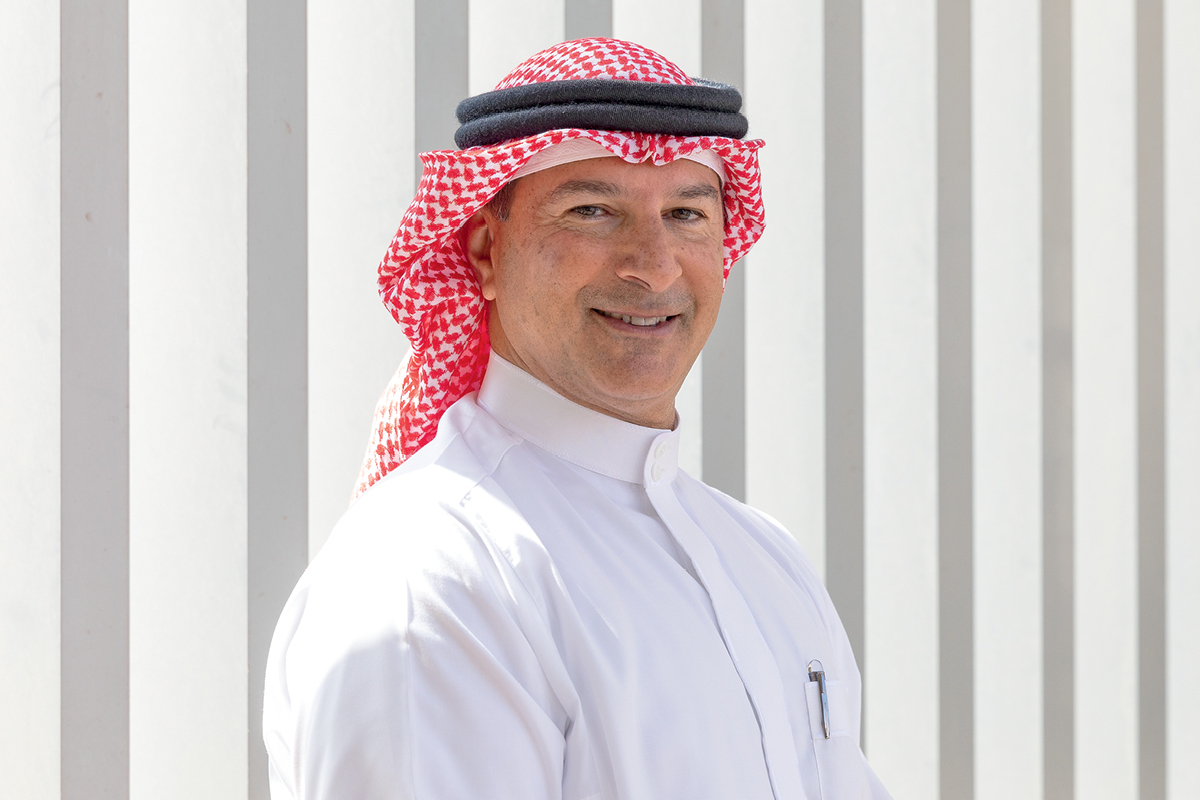 The retail and food industries have faced huge disruptions from the growth of the online marketplace and changing demographics in the past decade. For firms that are willing to transform their operations to adapt to this new environment, the dividends that result are well-deserved.

One such success story is Savola Group, founded in 1979. It is one of Saudi Arabia’s largest corporate groups by revenue in the food retail segment, supplying the Middle East, North Africa and Turkey, as well as its home country with sugar, edible oils, pasta and ghee, among other products. It also owns Panda Retail Company, one of the largest grocery chains in the region.

When Anees Ahmed Moumina came on board as Group CEO two years ago, he took steps to reposition the firm to weather disruptions and challenging market conditions. He brings considerable expertise to the role, having led a family business conglomerate and held senior roles at Samba Financial Group. He also has marketing experience with Procter & Gamble.

“The past year and a half has been a trying period for the retail and food industries,” Anees tells The CEO Magazine. “Since Savola operates in nine regions through different entities, this has helped us weather market dynamics and convert challenges into opportunities.

In addition, we have taken steps to work on the synergy within the Group to streamline the efficiency and productivity of our operations.”

“We have taken it upon ourselves to reduce food wastage by joining up with a group of similar companies.”

The firm has made a number of strategic adjustments to its retail chain, Panda, to better serve the evolving market. This included improving the quality of its fresh food products to attract more customers. “We took an important move to discontinue Pandati, which is our convenience store concept, in December 2018.

“Another initiative was maximising the footprint of the stores,” says Anees. “We analysed each store in detail to determine if it was in the right location, closing some stores and resizing others. We looked at product availability on the shelves and made sure that we had the right products on them; we didn’t want customers coming in for a specific item and not finding it.”

Savola Group has restructured another of its companies, Savola Food Co, in order to reduce costs, increase efficiency and improve product quality. It has also acquired Al Kabeer Group, a frozen food firm based in the UAE with full production capabilities.

“There is now a greater demand for frozen food and ready-to-eat meals in Saudi Arabia, as social changes have encouraged more women to work. We have acquired the majority share of Al Kabeer – 51% – and are integrating this business into our group,” explains Anees.

“We identify as a leading retail and food sector business and are looking to expand both sectors through upcoming acquisitions that will cement our top position in the region.”

“We identify as a leading retail and food sector business.”

The companies under Savola Group have always relied on a streamlined distribution network with suppliers to ensure that their complex operations are never compromised.

“We view our suppliers as partners. In sourcing fresh produce, for example, it is important to choose the best ones. In some circumstances, we have had to change and consolidate suppliers to work with fewer of them, but with higher quality,” Anees concedes.

“Another point worthy of note is the way we deal with suppliers in our distribution chain. Previously, many of them were supplying directly to our stores, but we have changed this so that they now supply to our two large warehouses. This allows us to handle our own distribution to our stores, ensuring we always have the right products on the shelves at the right time and place. Private label is something else we want to focus on – it holds interesting potential for our business.”

It has been a priority to ensure that the firm’s realignment goes as smoothly as possible for its large staff. Savola Group currently employs more than 26,000 people and has instituted a number of schemes for their professional development and engagement, including an induction program for new interns, as well as family days for staff, when the employees’ spouses and children can visit workplaces and meet their colleagues and supervisors. 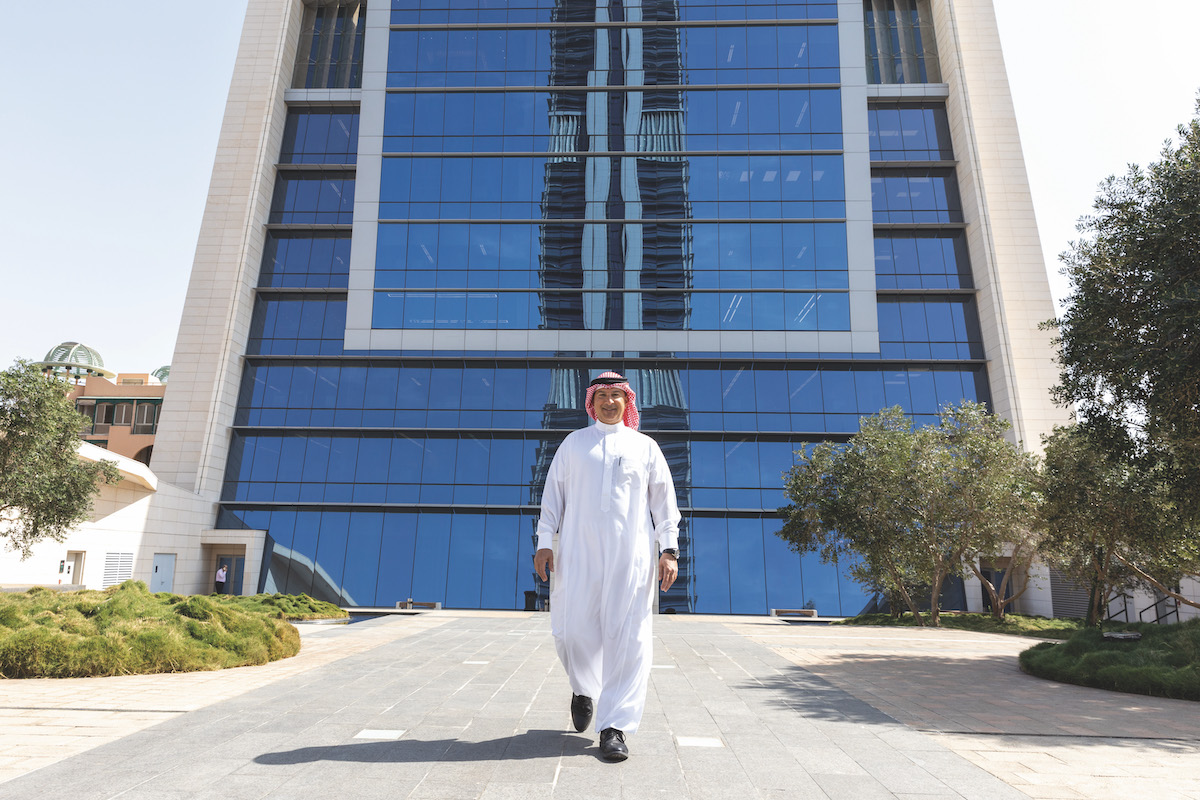 “We are an employer of choice, and put strong emphasis on developing our people. We believe our people are our best asset,” Anees insists. “The company has expanded the nursery in the head office and established medical clinics there as well as at some of the factories. Several initiatives have been taken to improve the working atmosphere, which will have a positive effect on productivity. It has also encouraged individuals to take accountability for what they do.”

The group is well known in the region for its corporate social responsibility (CSR) activities. One program is Makeen, which aims to empower people with disabilities (PWD); Savola employs more than 300 PWDs across the Group. It also runs Neqaderha, a scheme for food waste prevention.

“We in Savola have made a lot of effort within the whole group to improve our communication.”

“We have taken it upon ourselves to reduce food wastage by joining up with a group of similar companies in the region. Under the Neqaderha scheme, we have developed and launched an app that helps individuals reduce food wastage at home. For example, if a user wants to cook for a party, the app provides them with the ingredients in the right quantity, so that there won’t be too many leftovers.

“We plan to take this concept further and introduce it in elementary schools to teach kids how to not waste food from a young age.”

Savola also contributes in a more general capacity to charities. Keep the Change is an initiative that distributes the change people leave at the check-out counters of Panda supermarkets to organisations for the needy across the Kingdom.

“We have won a number of awards for our CSR programs, and have a specific entity, called Savola World, which caters for all of our CSR activities,” says Anees.

“We are going through a restructuring process by identifying and taking corrective measures to key issues. We are converting challenges into opportunities and are confident of our leadership position in the markets and geographies we operate in.” 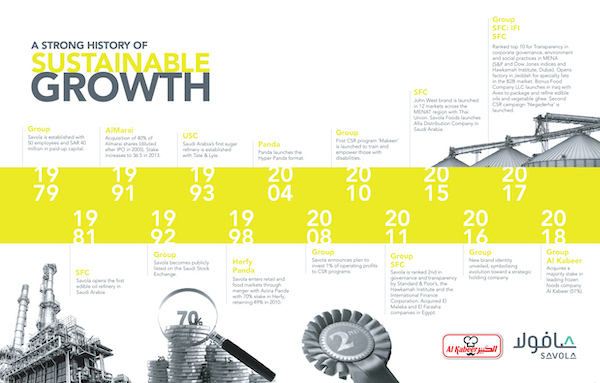