Chris Beer, George & Matilda Eyecare’s Founder, CEO and Managing Director, recently underwent a knee replacement in part due to years of playing sport. Naturally, the operation forced Chris to slow down a bit while he recovered, at least in terms of physical activity.

In terms of his career, however, Chris feels like he’s only sped up in recent years, having left his executive position with Luxottica to found George & Matilda in 2016. “I like running my own business, no question about that,” he says. “I find it amazingly rewarding, but I also find it amazingly stressful at times.”

George & Matilda was created with the vision of partnering with independent optometrists across Australia, thus bringing them the advantages of a national, large-scale company.

“The will to want them to succeed, and the fact that they trust us, drives me and probably means I work harder than I ever have in my life,” says Chris. “At the same time, it’s rewarding, because I’m hanging out with a group of terrific people. We also have a group of great partners, with whom we’ve got value alignment.”

These values are perhaps the most crucial element of George & Matilda’s operations, and they define the way it selects partners. Chris envisions it as a graph, with one axis labelled ‘value exchange’ (the ability of a prospective partner to exchange economic benefits) and the other labelled ‘cultural exchange’ (the extent to which a prospective partner is a good cultural and social fit).

A party with high cultural exchange and low value exchange would be, for example, someone you’d enjoy spending time with, while the inverse would be an apparent promising asset but with poor cultural alignment; Chris likens it to a bad hire who’s disruptive to company culture, and he believes it’s an unfortunately common mistake in the business world.

For Chris, the sweet spot is inhabited by partners who match up in terms of both cultural and value exchange. Whenever George & Matilda begins negotiations to partner with an independent optometrist or company, nothing is settled without the potential partner being vetted heavily. Even if both parties stand to profit considerably from an arrangement, it still depends on the alignment of values.

“We’ve said no to some very successful practices, because we didn’t think the value alignment suited our business,” says Chris. “Now, if I was just looking for value exchange, rather than cultural alignment, we would’ve had more stores or practices on board. But my understanding is that over the long-term, it becomes disruptive and slows you down. So the more time you spend upfront communicating with partners, the faster you go.”

“The more time you spend upfront communicating with partners, the faster you go.”

Once a new optometrist is welcomed into the fold, George & Matilda has a simple mission – to improve the way they do business, while maintaining the core characteristics that made them a promising partner. “One of our values is we want to make life simpler for them,” says Chris. “Even if it makes things complex for us, it has to be simple for our customers and our partners.

“We still want them to operate as if they’re independent, since that’s what made them successful in the first instance. We don’t come in and say, ‘This is now George & Matilda, and it’s our way or the highway’. What we do is look at what makes them successful and ask ourselves how we can add to that. The best of both worlds for them is our ability to provide the benefits of scale, something that they can’t afford to do as an independent.”

These benefits of scale include investment in technological innovation that promises to improve the efficiency and communication of these small independents. Chris is particularly proud of George & Matilda’s involvement with data analytics; thanks to a partnership with AI system IBM Watson, the company can determine customers’ needs and wants from buying patterns and cycles.

“If you think about where technology is heading and how well-known leading global companies are using it, while we’re not as advanced as them, we are on the same path. This allows for a unique amount of personalisation, relevance and customer experience in our marketing campaign,” says Chris. “We’re using AI, supply-chain technology and all the clever, new-world techniques and technologies available. The benefit of our model comes from letting you better leverage scale, cost, things like that.”

One example of the technological advantages George & Matilda provides is in its ability to personalise the customer experience. “We send out over 400 different variations of every recall letter,” Chris says. “So that number just keeps going up. What that means is, if my 17-year-old daughter gets a recall, the tone of voice, the look, the photos, the way it speaks to her about getting her eyes retested – it’ll be very different to a recall letter sent to me, who’s 52 with a family history of glaucoma.”

This kind of communication is far more sophisticated, says Chris, than the type of broadly targeted, “spray-and-pray” marketing that other retailers engage in. It makes use of George & Matilda’s extensive database, which has also proved a boon, for example, in identifying 146,000 customers the company thinks could benefit from using contact lenses. It’s a way of ensuring that the trusted, personalised relationship a community has with its local optometrist’s practice is mirrored by the communication that George & Matilda engineers on behalf of its partners.

Chris says the firm’s focus on innovation has drawn attention from larger companies, though George & Matilda’s stringent standards for prospective partners still stand. “We’ve had a couple of big players in the industry asking if they can have a look at licensing our technology in other countries around the world. But that’s a bit early for us. That’s not what we set out to do.” What George & Matilda set out to do was, after all, create a mutually beneficial relationship with Australia’s most trusted independent optometrists. To understand where this mission originated, one need only look to the lessons Chris learned early on in his career.

Even during his time at Luxottica, he knew how crucial it was to form productive, friendly business relationships, mirroring the strategy George & Matilda now pursues with its partners.

An important figure during his time at Luxottica, the then-CEO taught Chris how to realise this approach. “There was always a philosophy of paying it forward and building relationships with good people over the long haul, and then hopefully some day you can do business with them,” says Chris.

“You therefore end up doing business with friends, people you trust. And instead of having more suppliers, his philosophy was always to have fewer suppliers and more partners instead.

“There was always a philosophy of paying it forward and building relationships with good people over the long haul.”

“At the end of the day, people do business with people they trust. When you’re pitching a business idea, a decision is made in the first 30 seconds, even before the actual pitch. So it’s all about what you do beforehand.

“I have a saying: ‘Trust is a currency. The higher the trust, the faster people move.’ Rather than playing politics and games – things you have to do in the corporate world – you have to build trust. The more you do that, the more you can evolve and develop your people, and the faster you can move.” 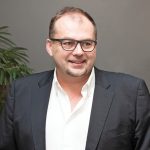