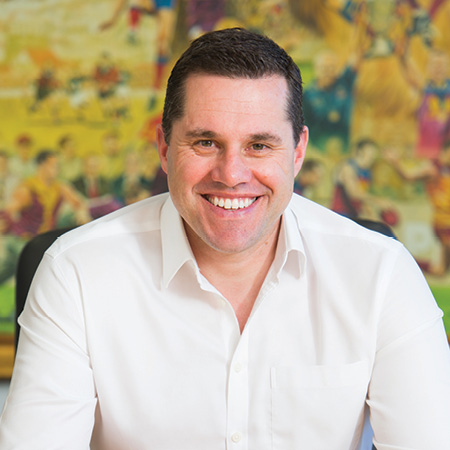 In early 2015, Chris Caldwell paced around his house preparing for a meeting with the Board of Lenard’s Chicken about potentially taking over the CEO role. His wife, Sally, asked him how long he thought the meeting would go for, and Chris reminded her, “We will be discussing retail, franchising and chicken.” After a few moments, Sally told him, “I’ll see you when I see you.” She knows better than to try to put a lid on Chris’s interests.

Passion for chicken, retail and franchising

“She knows that from a business perspective, they are three things that I love,” says Chris. “I have always loved chicken and franchising, and that is why we started our own chicken business in 2013. I love franchisees because it’s so inspiring to work with people who have a lot invested in the company and are passionate about it. And retail, I just love the immediacy and energy of it.” The meeting must have gone well because by April 2015, Chris had taken over as the new Lenard’s CEO, and has since taken some strategic steps to turn around the traditional offerings and shop designs to deliver a new and better experience for customers across Australia.

Despite these passions, Chris began his career in a different field entirely, as a marketing manager for national sporting organisations like the Essendon Football Club and the Australian Hockey Team. “I think I probably watched Jerry Maguire one too many times, so I did sports marketing throughout the 90s up until 2001,” he says. “Then I moved over to join Village Roadshow as general manager for marketing and sales for a year, before joining Tatersalls [now Tatts Group] in a senior marketing position for four years, which was my first taste of a licensing and franchising environment.” 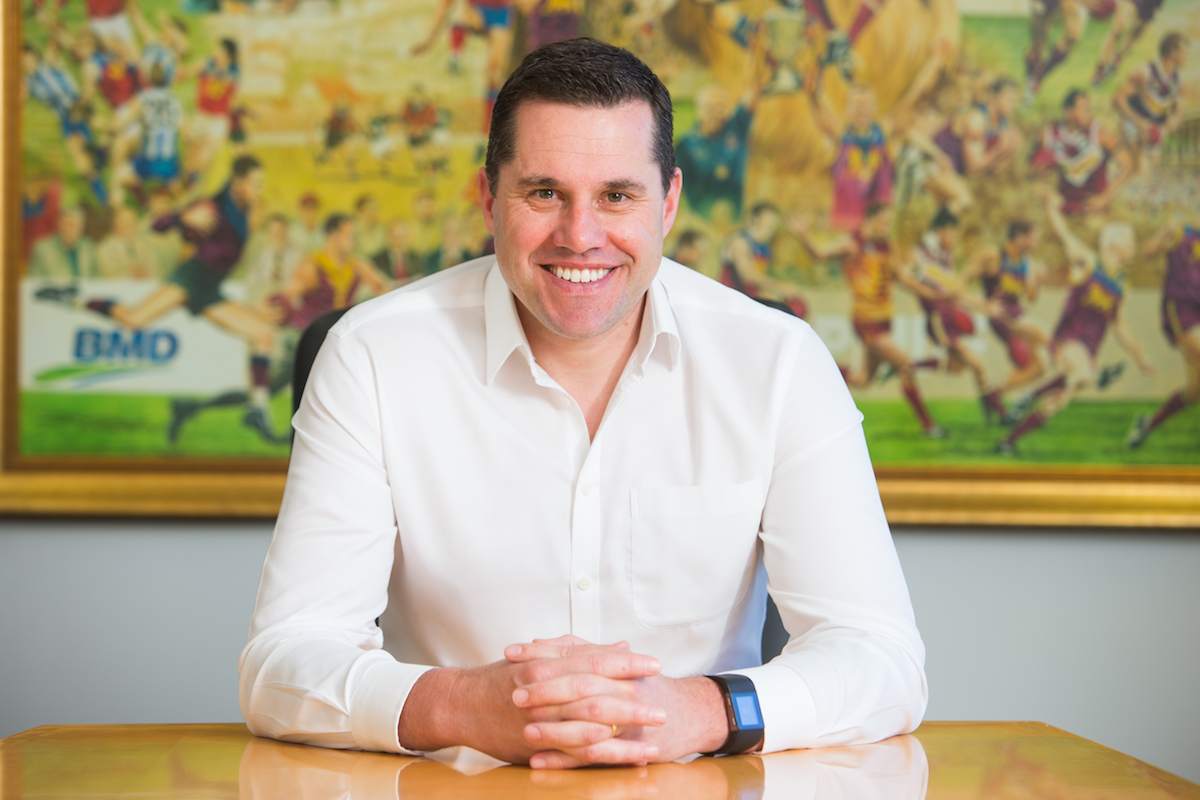 “I love franchisees because its so inspiring to work with people who have a lot invested in the company and are passionate about it.” – Chris Caldwell

It was marketing that led Chris into the retail environment when, in 2007, he joined Baker’s Delight, where he also cut his teeth in the food industry working his way up to the role of general manager of operations for Australia. “That was the largest portion of my career in one location,” he says.
“I spent six years effectively running the day-to-day operations of that business across 600 stores, for what is quite a large, successful brand and business. I loved every bit of working in that business.” It was only when Chris and Sally’s passion for chicken took over that the couple decided to found their own business — Love Pollo, the start of Chris’s foray into chicken and poultry.

“Love Pollo is still ours today. It’s a small, premium rotisserie-roasted chicken business in Melbourne. We had just got that up and running when Lenard’s approached me to take on the CEO role.” His love of chickens, retail and franchising led him to consider buying Lenard’s in the past, so he’d done his research. “I had a very good understanding of the business, and what the strengths and weaknesses of the brand were. There were a lot of opportunities that I could see for growth,” says Chris.

Lenard’s has now been operating since 1987 and is available at more than 300 locations throughout the country, including the stores owned by its 100 individual franchisees or shop owners, which Chris refers to as “just like senior management”.

“The thing that overarches everything we do is making our franchisees more profitable, and improving the return on investment that an individual store owner would be getting out of becoming part of the brand,” he says.

The main challenge was that even though the brand was strong, the image needed re-energising, or as Chris describes, “it needed to have warmth and soul”. Lenard’s then quickly went about refurbishing current locations with the new look and feel, with head office supporting current franchisees with finance as appropriate. “Our store design hadn’t changed a lot in the previous 28 years of business. We had a great product range, but it was housed in an environment that was quite dated,” says Chris.

A wave of new operational retail consultants will also mean individual franchisees will have support and coaching around improving sales and profitability, with each consultant assigned 13 stores in their portfolios, compared to an industry average of one consultant for every 37 stores.

Ready for the oven “I love franchisees because its so inspiring to work with people who have a lot invested in the company and are passionate about it.” – Chris Caldwell

The third strategic element of Lenard’s ongoing growth has been the implementation of a hot-food range over the past 18 months. “Lenard’s has always been a poultry shop, but what we have also done now is add a hot category to our range that is contributing 10–15% of incremental sales for our stores.” The introduction of a hot range was a long time coming, Chris explains, based on the desire of consumers to have freshly cooked food to take away. “Commercially, it makes sense, but it also astounded me how often a customer bought an item and then tried to eat it straightaway,” says Chris.
“They’d come back and complain, ‘It’s not cooked!’ and our franchisees would say, ‘No, we are a poultry business’. We sold chicken enchiladas ready to put in the oven, but we didn’t cook it for them. I’m changing that.”

Chris is passionate about the way ahead, with plans in place to open at least 100 more stores over the next four years, while nurturing and embracing current partnerships with franchisees, landlords and suppliers who provide their much-loved ingredients, such as Pinnacle Bakery & Integrated Ingredients. “We have a number of suppliers that provide our flavours, marinades, sauces and spices; and then there are the distribution companies we use to distribute all those things out to the stores. They are all part of the Lenard’s business model, and we just have to make sure that everyone is getting the right slice of the pie in terms of profit,” says Chris. “What we have done so far is very much scratching the surface of what we will be doing over the next 12 months. That’s certainly a development that we will be working on to reinvigorate the business,” he adds. “Watch this space for a few exciting announcements to come.”