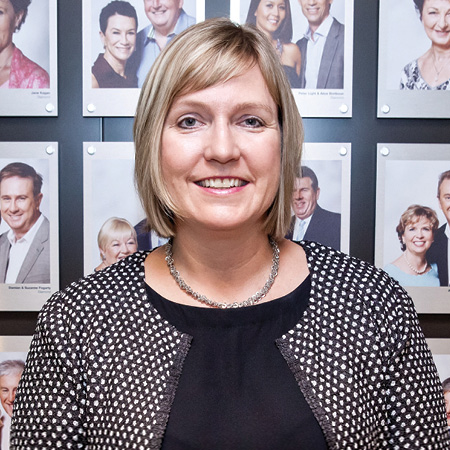 Christine Terrill is a business leader with a strong marketing and operations background in roles across Canada and Australia. With her career path spanning the retail, engineering, and e-commerce sectors, Christine has experienced many different corporate environments — but none quite the same as the culture at Amway of Australia & New Zealand (ANZ). “I’ve just never seen anything like it. It’s quite amazing,” she says. “Culture is huge here; a lot of places say their workplace has a ‘family culture’, but I’ve never actually worked in a business where it really is like that. Everyone talks to everyone, and there is a real focus on the fact that employees are people; people with families and real lives.”

Family is just one of the company’s key values, along with freedom, hope, and reward. “These values were set by our founders fifty-six years ago in the US, and they’re something that every employee and affiliate within Amway adheres to,” says Christine, who is now Amway’s General Manager for ANZ. “That’s our culture — it’s open, inclusive and it’s very family friendly. We have a lot of benefits for our staff, such as flexible work hours, we allow special personal and carers’ leave; it’s a real acknowledgement that family and work–life balance is really important in our organisation.” This has been an ongoing priority for Amway ANZ since it opened for business in 1971 as the first affiliate office outside of North America. During her time at Amway, Christine has helped to spearhead the company’s digital transformation strategy.

Since then, thousands of locals have started their own businesses selling Amway’s products as part of its direct selling model. The company also now has 250 internal employees in Australia across five shops. First joining Amway ANZ in 2010 as a strategic deployment manager, Christine had previously enjoyed roles with Pitney Bowes, General Electric, BOC, and Teknion before co-founding Shopify Concierge — a consulting and development firm for retailers that specialised in themes and apps for e-commerce software, Shopify. “I then emigrated to Australia and got my first job with Amway ANZ as a strategy manager in 2010. Soon after, I took on strategy and finance, then strategy, finance and operations, and then I finally stepped up to the general manager role earlier this year.”

During her time at Amway, Christine has helped to spearhead the company’s digital transformation strategy. “We’ve gone from paper order forms to digital ones; we’ve gone from no software to a suite of thirty-to-forty apps. A lot of our marketing material has gone digital, and we used to have reams of paper and a catalogue that was 400 pages thick. Now our catalogues are about a quarter of that size and we have a more digital interaction with our distributors,” Christine says. “We’re not 100-per-cent digital yet, we still have the catalogue and the odd brochure, but almost 75 per cent of what we do is digital.” Though the digitisation of Amway ANZ was a great boon for the company and its independent business owners, Christine says her greatest accomplishment was actually before she took on the general manager role.

Champion of the customer experience

In the years prior to her appointment, she spearheaded a series of customer-facing improvements, and the effort earned her the informal title of ‘champion of the customer experience’. “I went though all of our customer touchpoints and looked at ways that we could improve the experience. Everything from our website, to our customer service team, our shipping options, and our packaging — we did a deep dive from an operations point of view and turned around all the pain points that we could.”

Customer experience is a strong focus of the organisation, which prides itself on providing high-quality products, with an attractive ninety-day returns policy. “Our ‘no questions asked’ money back guarantee is a big attraction for customers. Within ninety days of receiving a product you can use it, and if you decide in that period that you don’t like it, then you can return it,” she says.

Amway ANZ’s competitive edge is also evident in its longevity, with many other direct selling networks often petering out fairly soon after establishment due to waning interest in products or lack of distribution opportunities. “Direct selling is quite a fluid industry; sometimes you have companies that start and then might not be around in a few years. We’ll be celebrating our sixtieth anniversary in 2019, and so far we’ve never had a situation where we haven’t paid a bonus or we haven’t resolved a dispute. We’ve got longevity and, in this industry, that adds a lot of legitimacy to the business.” We’ll be celebrating our sixtieth anniversary in 2019. We’ve got longevity and, in this industry, that adds a lot of legitimacy to the business

More than a pretty face: diverse product range not all about cosmetics

Though competitors such as Avon and Mary Kay can boast a similar lifespan as Amway, the company still captures a significant portion of the local market. Amway is the largest direct selling company in Australia and New Zealand, with an annual turnover of US$9.5 billion and a network of more than 100,000 home-based distributors. Unlike other direct selling leaders that primarily provide make-up and skincare items, Amway ANZ also has a more diverse product range on top of its cosmetics including dietary supplements, cleaning products, home water treatment systems, and air purification systems. Amway ANZ has also been working closely with its suppliers to strengthen and support its distributors, while simultaneously expanding its range of offerings with local partners like Harvey Norman, Hertz, Telstra, Click Energy, Real Insurance, and Australian Unity.

“Australian Unity is providing us with health insurance solutions, not only for our staff but also for our distributors. This offers value and benefit that we can offer as part of the Amway membership,” Christine says. “We have a suite of excellent partners and we intentionally try to choose those that we think would be most beneficial to someone who’s running their own business.” Christine is also making sure there’s a clear focus on generations, both for distributors and consumers, so they can understand their most popular demographics and target them more efficiently. For example, following ANZ’s shift into more digital-led marketing and increased communication across social media platforms there was a spike in interest across Gen Y users.

By 2010, nearly 50 per cent of its IBOs were Millennials, and Amway ANZ hopes to keep and grow these distributors while continuing to attract future generations. “Right now we’re in year two of a ten-year transformational project where we’re looking at what we need for the next generation, and making sure that we’re putting the foundations in place today for what distributors will need in ten years,” she says. “We have begun providing more digital tools, being more innovative and bringing products to the market faster. The intent is to have a fresh and revitalised Amway ANZ that really portrays this new look to the market — it’s not door-to-door salesmen selling soap anymore, we’re a fully accessible service.” 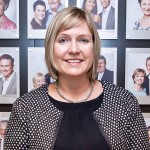