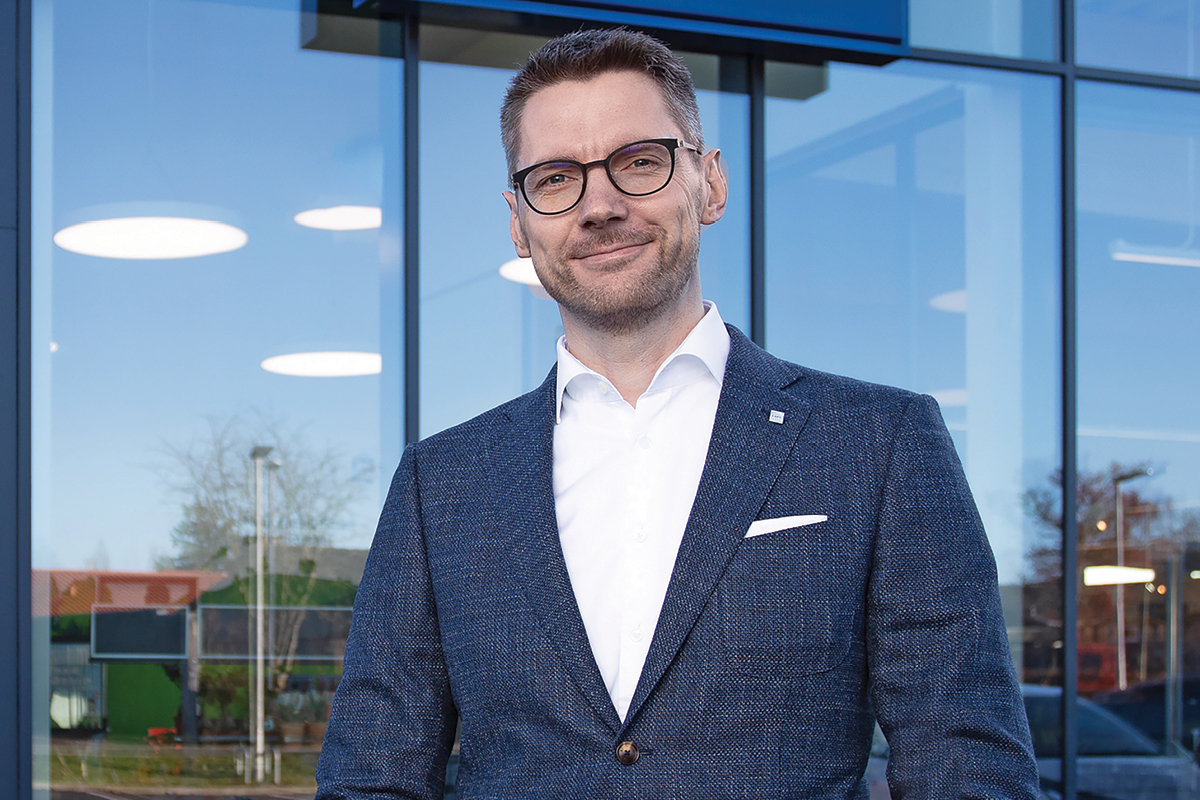 Dirk Fust knows he faces an almighty challenge – to double the number of Lidl stores in the highly competitive Danish market within five to 10 years, and ensure every single one is profitable – but the CEO exudes a quiet confidence that he has not only built a ‘can do’ attitude within his senior team but has the autonomy to adapt the company’s strategy to the local culture.

Since breaking into the Danish market in 2005, the German retail giant has opened more than 125 stores, giving it a small but significant foothold that Dirk, who’s been CEO for four years, has been tasked to expand at an unprecedented rate, with the company committing its biggest investment ever last year to make it happen. And as the number of stores rises, its range of products has grown by over 300 items in just the last year, with many more to come.

“The expansion is a big challenge, not only for me but for the whole organisation as our competitors have so many more stores. To make it work, we have developed a long-term plan for each of the new premises,” Dirk says.

He has been with Lidl for 18 years, working his way through the ranks at the head office in Neckarsulm, Germany, and seeing the firm grow to have over 10,000 stores in 30 countries.

Last year, it was the fastest growing retail brand in the world, increasing an astonishing 40%. Its motto of “Larger selection. Small prices. Even more to you” has struck a chord with customers willing to abandon the major supermarket players to get better value for money.

“Discount doesn’t mean cheap,” Dirk is quick to point out. “It means providing the best quality products for the best price.”

Shoppers have also been impressed with Lidl’s green credentials; Dirk has bolstered sales of organic and fair-trade lines, and pledged to cut food wastage in half by 2030.

Last year, his was the first supermarket chain to offer reusable, washable net bags for fruit and vegetables – a positive step towards phasing out single-use plastic, and this year Lidl will be the first food retailer in Denmark to become CO2-neutral.

As its market share edged up, economies of scale meant an even more competitive grocery process, and a realisation of the enormous potential. But Dirk knows the huge investment alone won’t guarantee success. A deep local knowledge has been essential in understanding what Danes respond to.

“We adapt the Lidl brand to each individual country in which we operate. I’ve worked in Germany and also on the international side, so I’ve visited more than 20 of the countries we are in. What has worked so well for us is exploiting our global processes while at the same time having the freedom to adapt that framework to local cultures.”

And every territory employs personnel from many different countries, all bringing their own experiences into the melting pot of ideas to create a mix of inspiring innovation.

“In Denmark, we have staff from 50 countries, and many Danes work for the company outside of Denmark. They take what they have learned in one place and apply it in another, giving us a big toolkit we can call on,” Dirk explains.

– Has been with Lidl for 18 years so far.
– Lives with his family in Aarhus.
– Speaks Danish, English and German.
– Loves the outdoors and running.

Lidl’s business model is to manufacture or purchase many of their products in just one country and then distribute them worldwide, so strong third-party relationships are crucial to ensure quality and consistency. In Denmark especially, Dirk has built up not only robust relationships with his long-term suppliers but also trust.

“If our suppliers are successful, we will benefit. So we have often helped by introducing them to new geographical locations.”

It’s a philosophy that he has also brought to his staff. “I have an open-door policy with my head office team and all the senior staff are approachable, so everyone feels empowered to voice their ideas. It is not only me leading. In meetings, there is no hierarchy; it is an open discussion.”

The loyalty that Dirk’s collaborative leadership style has brought is vital in readying the firm for expansion. “We are on a positive journey with our employees, and we have many really strong individuals working for us. I’m proud of how lean we’ve become, which means we are more productive than ever before, giving us an advantage in the market.”

“I like to go running for half an hour at lunch as it helps me feel more focused and energetic. I encourage my colleagues to run with me and see some nature so we’re more grounded, as I’ve never been a role model for working 18-hour days. Sometimes I bring my kids to the office. In Denmark that’s a very positive thing to do.”

No doubt the years ahead won’t be easy, but Dirk is already demonstrating Lidl’s potential to change the Danish supermarket scene forever.