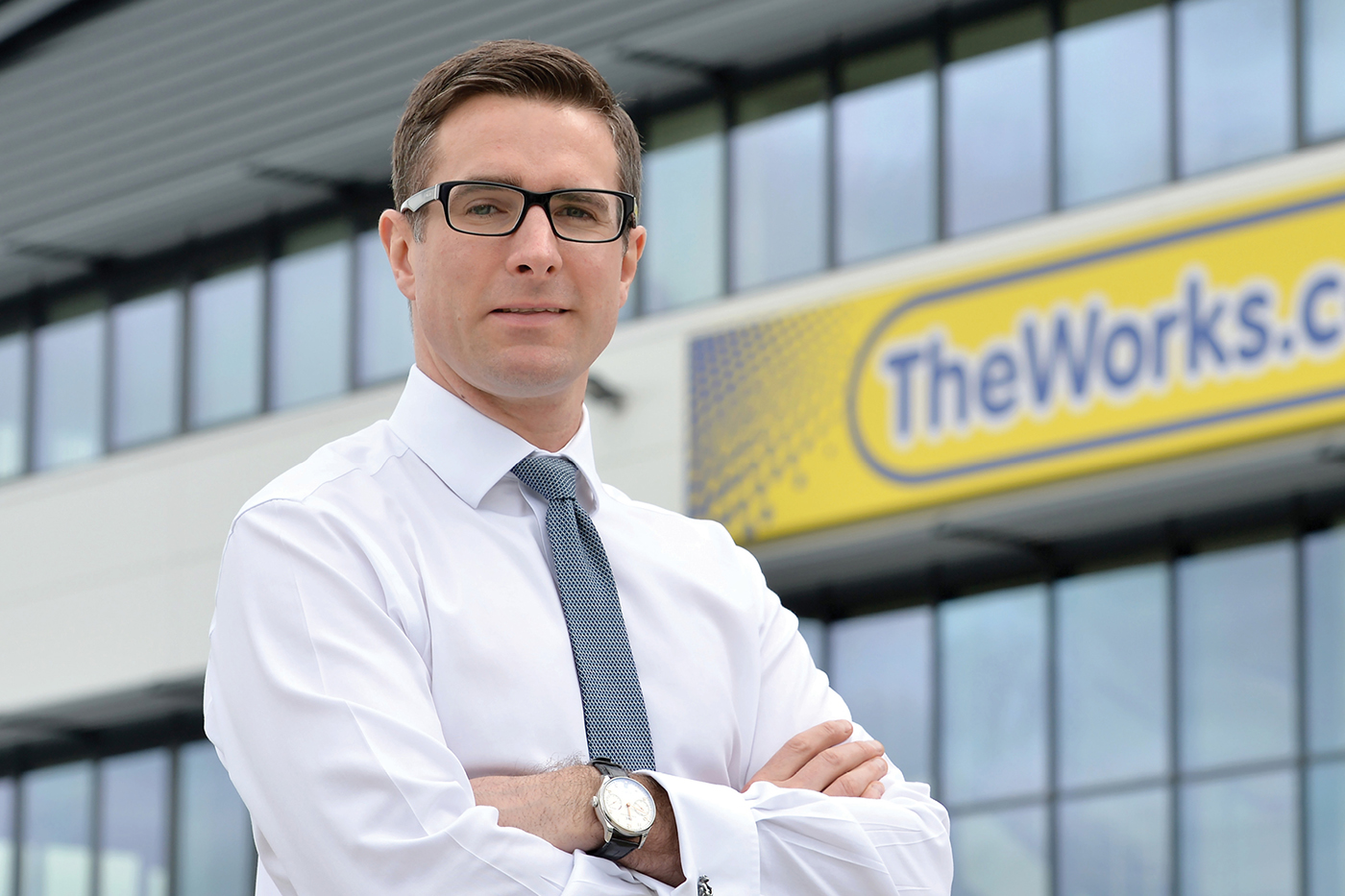 Before Gavin Peck became CEO of The Works in January last year, the company had a strong focus on cutting costs. The firm would go into discussions with its third-party partners with the sole aim of getting the lowest price, which often meant those partners would offer a very basic service.

Now, Gavin has laid out a new vision for the British retailer, which sells art and craft supplies, stationery, books and toys. Instead of transactional, one-dimensional conversations with partners, the focus is now also on establishing collaborative partnerships where both sides invest and build value in the relationship.

A low cost base remains an important focus for the business, but going forward, it will no longer be the only key factor. “Those discussions have been flipped on their head,” he reveals.

“For example, we might say to a partner, ‘Over the next three years, we want to take the online business to 25%-plus of our sales, and we want to do it profitably. So how can we best work together to achieve that?’ That’s a very different conversation because they suddenly start saying things like, ‘We could look at investing in new machinery and new robot technology to help improve efficiency.’ Whereas, if we just went in and said, ‘Over the next three years, we want the price of our items to be £0.25 [€0.29] per item. Can you do that or not?’ We would end up in a suboptimal situation, I’m sure. As such, it becomes about optimising cost over the medium-term rather than just cost cutting in the short-term.”

As a result, The Works has been able to enhance key processes like customer tracking and managing its customer contacts. This is part of a broader effort to improve operational excellence at the company, which so far has mostly grown by focusing on expanding outlets and offering the lowest prices, particularly in the short-term.

“It might cost us a little bit more, but we will give our customers a much better level of service and that will mean we’ll sell more in the long-term,” Gavin says. “I think going in just purely on cost is quite a short-term strategy and certainly not one we plan to take going forward.”

It’s not that the old way of doing things was wrong; after all, a cost-cutting strategy helped the company get to where it is today, with 530 stores across the UK and a reputation as one of the best large employers in the country.

It might cost us a little bit more, but we will give our customers a much better level of service and that will mean we’ll sell more.

“What worked for us previously doesn’t work for us now,” Gavin admits. “I try to be clear with people that it’s not that what they’ve been doing in the past is wrong, it’s just we need to do something different. We need to take the business from where we are today to where we want to be in the future.”

Another area where Gavin wants to set aside the sole focus on cost-cutting to build more collaborative partnerships is books.

“We were a discount book store that sold older or clearance books,” he explains, adding that The Works is now trying to reposition itself as a value book retailer offering new titles as well, which means having more strategic discussions with publishers that aren’t just focused on the lowest cost of older or less popular content. This will mean better offerings for customers and better relationships with publishers.

“Publishers didn’t want to work with us on newer titles as we were so focused on getting the cheapest cost possible on books to support low prices, and getting value from their old content,” Gavin says. 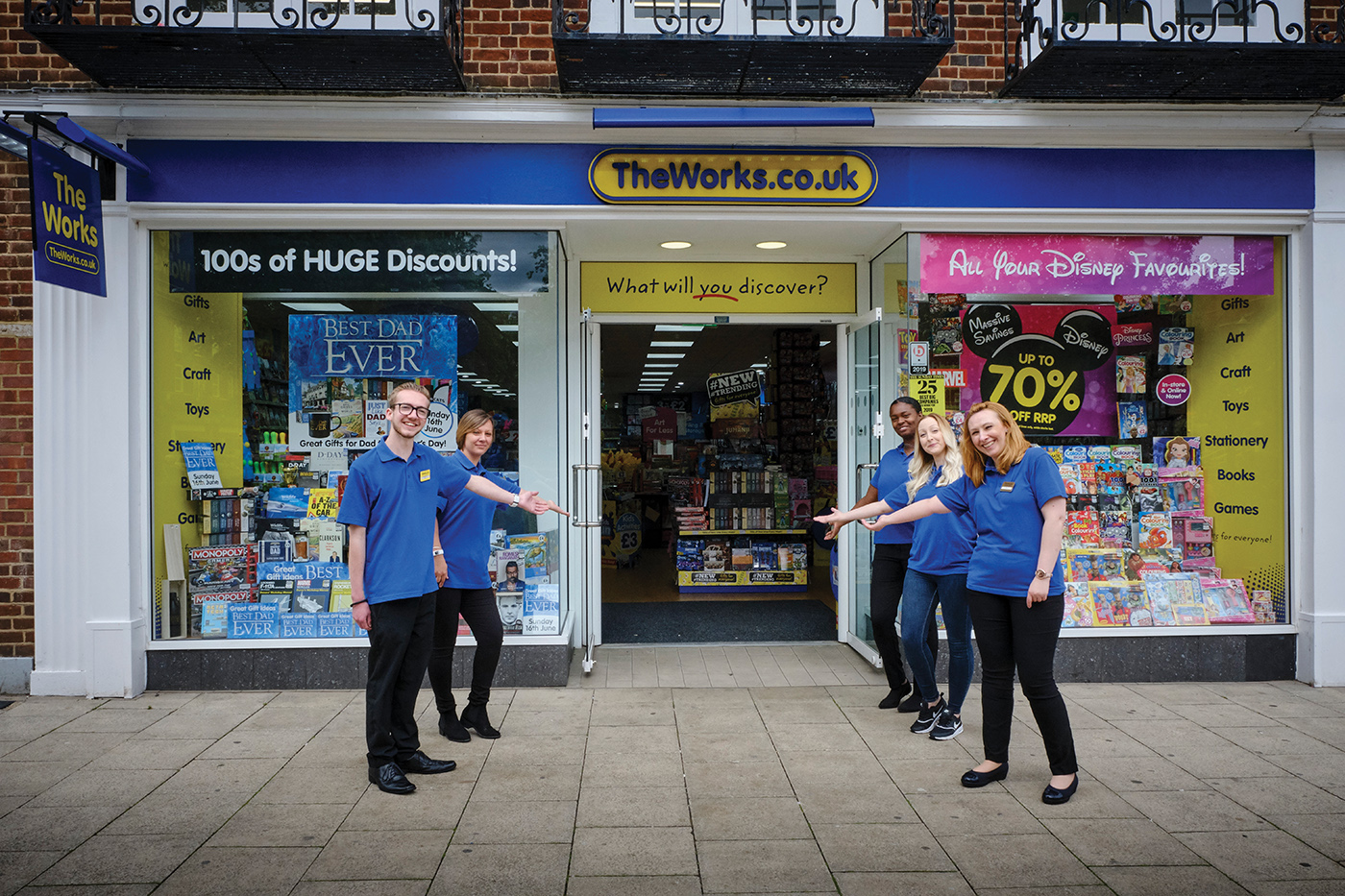 “Now we’re saying we don’t always want or need to be the cheapest; we want to be as cheap as the cheapest, which is often Amazon, and we just want to give you another outlet to sell your great content. And again, that’s a very different conversation to going to them and saying, ‘What books have you got that you’re not selling anywhere else that we’ll take off you and clear for you?’”

One of the first things Gavin did when he took on the CEO role was recruit a supply chain expert to The Works’ Board of Directors – another first for the company.

Supply Chain Director Dean Hawkridge has 27 years of experience and is conducting an end-to-end review of the flow of stock through the business, from factories in China, India and Europe to its stores and warehouses in the UK, with the aim of helping the company store and replenish stock more efficiently while better serving online customers.

Looking at how we lay out our stores, how we best use space, how customers navigate our merchandising, and the fixtures that our ranges sit on – there’s a big opportunity to improve that, to drive through that operational excellence.

Gavin’s mission to improve the company’s supply chain is a major part of his growth strategy. “It’s arguably the least interesting and the least visible to the end customer, but it is massively important to our future success,” he confesses.

“Along that whole end-to-end process, there are lots of inefficiencies that mean, ultimately, our customers don’t get as good a service level as they could. We want to review that, improve availability for customers, improve customer service and take cost out of the operation.”

As The Works updates its approach to partnerships and supply chains, there is also work to be done at the front end. The biggest challenge the company faces is finding clarity over its proposition, as customers don’t have a clear vision of what they sell and why they exist, according to Gavin.

However, for him, its proposition is unique: it is a value retailer focused on four specialist categories: arts and crafts, stationery, books, and toys and games. But because the product offering has evolved over time, there is a perception that The Works is an “everything store” with no clear purpose. 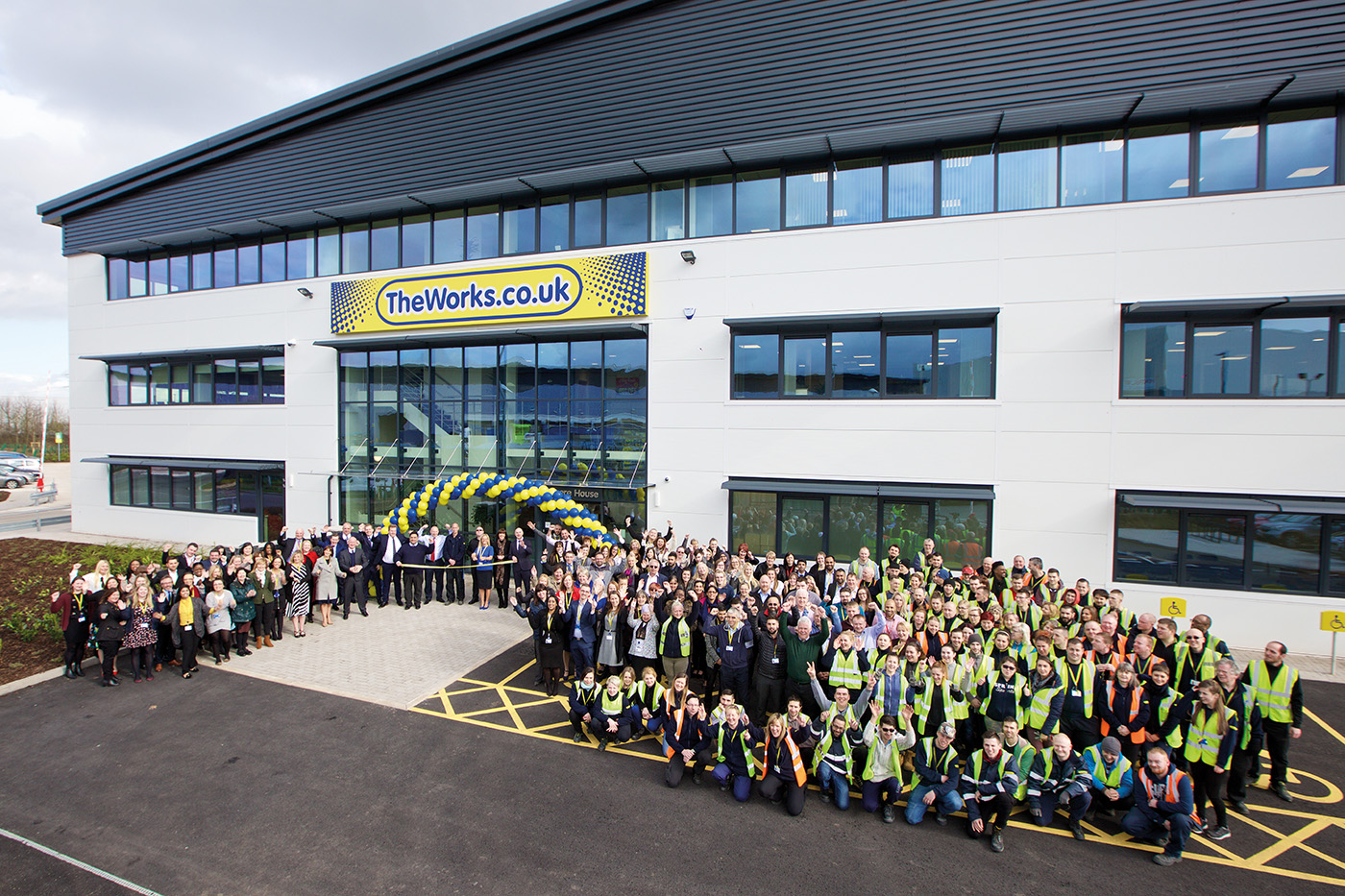 To fix this, the company is working to redefine its purpose as “inspiring people to do” – to read, learn, draw, make, create and play. This purpose will give clarity to all stakeholders, and will be supported with a full marketing campaign later this year.

The campaign will involve demonstrating what customers can do with the company’s products, encouraging colleagues and customers to share how they enjoy The Works products on social media, and deepening ties with communities and charities, for example, by promoting reading in schools and supporting mental health initiatives.

“All of this will be underpinned by continuing to make our products accessible and affordable,” Gavin says. Just as he is reorienting the company away from a sole focus cost-slashing to a focus on good value, Gavin is also leading a shift away from aggressively expanding store locations to improving the quality of the stores that are already open.

For the four years before Gavin became CEO, the business opened 50 new locations per year and, in doing so, it failed to give sufficient attention to the existing store estate.

“The infrastructure hadn’t really caught up, the processes hadn’t caught up, so we were a big business with a large number of stores, but without the operational excellence to support that. We were doing a lot of things inefficiently,” Gavin reflects.

“There are quite a few basic retail principles that we don’t have at The Works. Looking at how we lay out our stores, how we best use space, how customers navigate our merchandising, and the fixtures that our ranges sit on – there’s a big opportunity to improve that, to drive through that operational excellence.”

The company will still open new stores, just at less of a breakneck pace than before. Under previous plans, the goal was to add between 500 and 600 new locations nationwide over the next 10 years. Now, that has been revised. “We’ll probably open 5–10 a year rather than 50 a year,” Gavin says.

The biggest growth opportunity for The Works is in online sales, something that was overlooked in the drive to expand the company’s physical presence. “I think the business had a website because it felt like it had to have a website, not because it really believed in the opportunity online,” Gavin says. 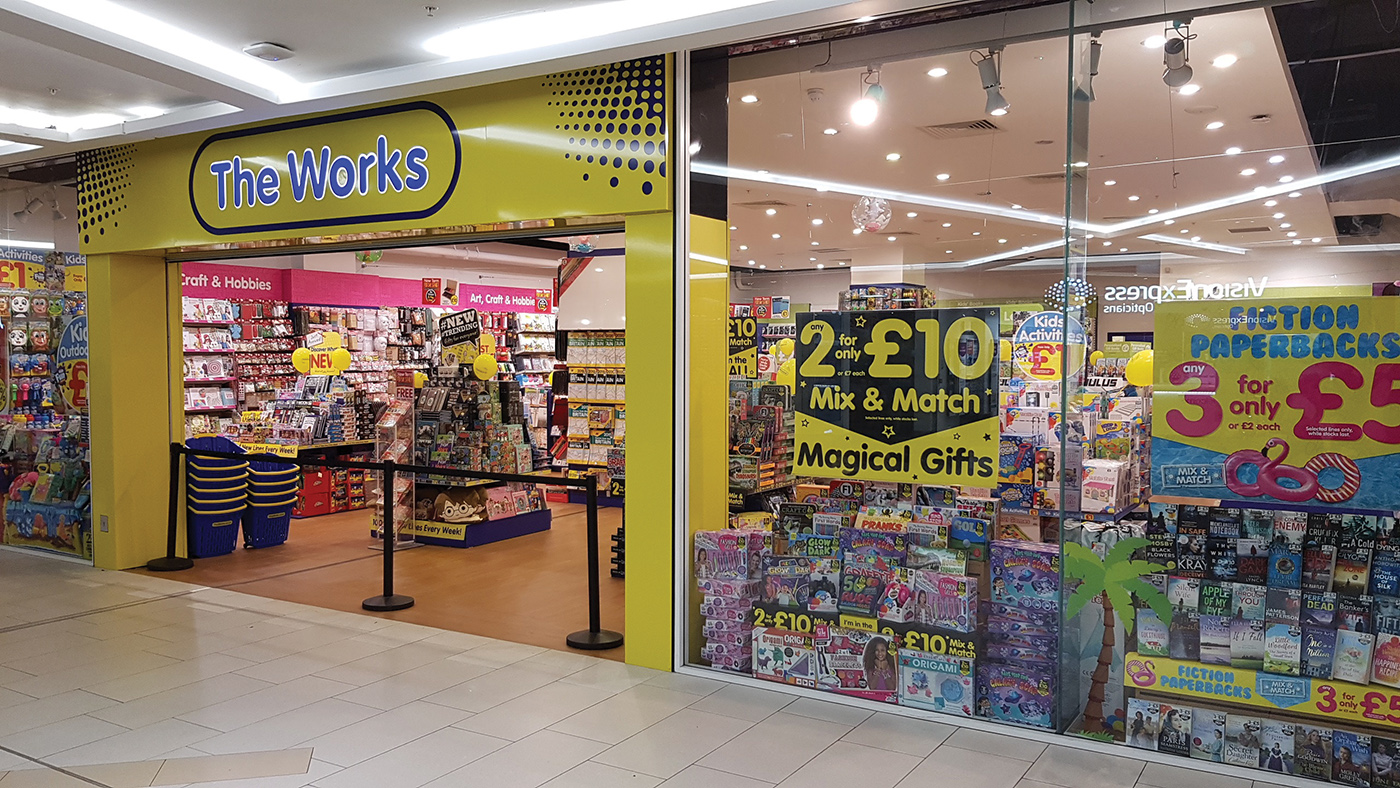 Before the pandemic started, he’d already made the decision to invest in the firm’s online presence. Then with lockdowns, online went from 10% to 100% of sales.

When stores reopen indefinitely, Gavin expects online sales will still account for 20–25% of sales revenue, something that without the pandemic would have taken three to five years.

During the UK’s first lockdown, demand for the company’s products online was so high that Gavin took the counterintuitive step of reducing the number of people coming to the website.

To ensure The Works did not make sales to customers that it would be unable to fulfil, it stopped all paid marketing activity, including advertising on search engines and promotional activity with affiliates.

It also significantly reduced promotional offers on the site. This was an opportunity to reset the company’s online model. It increased its online fulfilment capacity and decided not to go back to the heavy discounts and intensive online marketing that had made the website only barely profitable.

“We started focusing more on generating higher engagement and repeat sales from the hundreds of thousands of new customers who had discovered our website during lockdown,” Gavin points out.

We now have a website taking significantly higher sales than before the pandemic and generating a sustainable profit, meaning we now have a strong platform on which to continue to grow online sales in the future.

“We now have a website taking significantly higher sales than before the pandemic and generating a sustainable profit, meaning we now have a strong platform on which to continue to grow online sales in the future.”

However, Gavin’s proudest achievement is building on a legacy at the company wherein employees report being highly satisfied in their jobs and often say that their colleagues are like family.

“For the past two years, we have ranked in the Sunday Times Top 25 Best Big Companies to Work For,” he smiles. Even in the middle of a pandemic, the company achieved its highest-ever colleague engagement score in its annual survey last year – the first such survey undertaken during Gavin’s time as CEO.

“The Works has a very special culture,” he says. “It’s something I was very fortunate to inherit as CEO.” 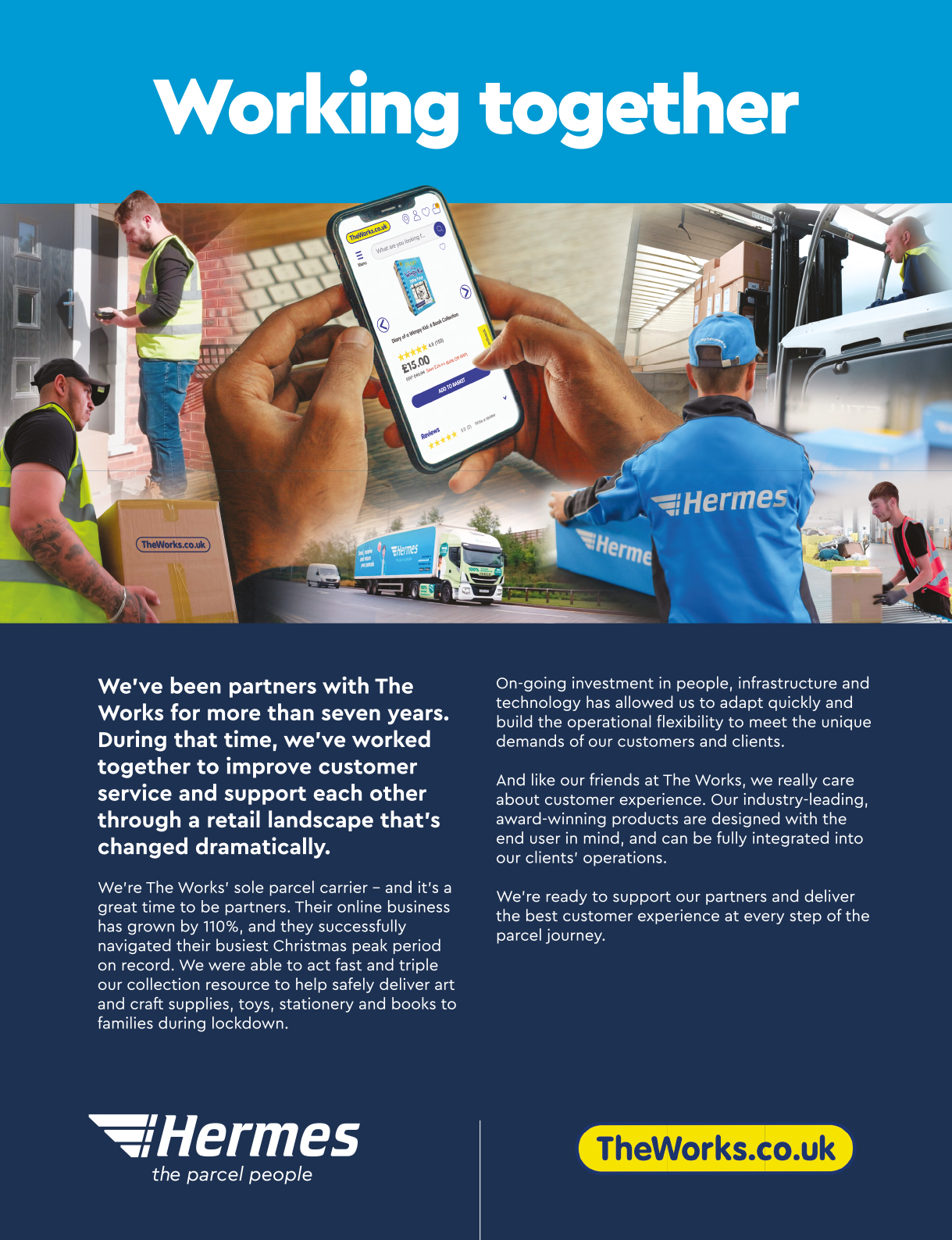 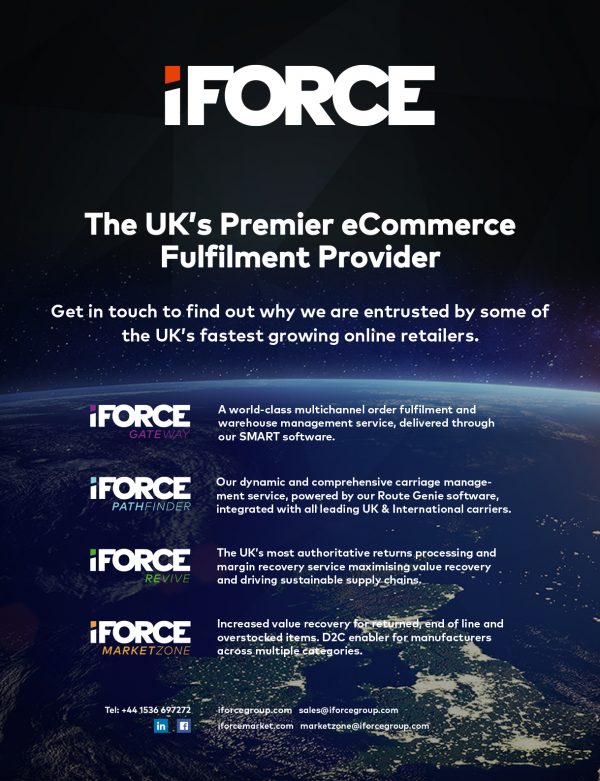