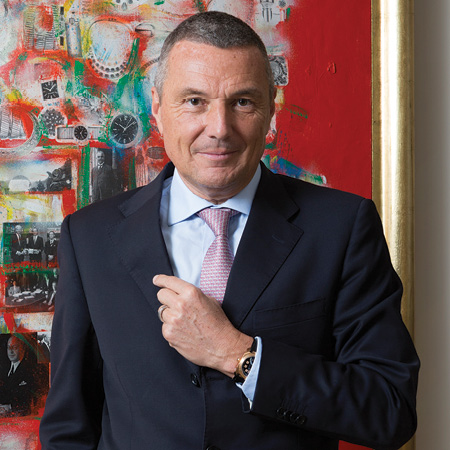 It’s an Italian brand synonymous with magnificence and style. BVLGARI oozes luxury and has firmly cemented its spot in the world of designer fashion accessories. With its bold and architecturally-motivated designs, abundant use of colourful gemstones and signature snake motifs, it has become an international name that inspires a lifestyle of extravagance and exclusivity.

Jean-Christophe Babin has been leading BVLGARI as its CEO for several years. His immediate role prior to this was as the head of Swiss watch brand Tag Heuer, and before that he worked in the consulting and consumer goods sectors.

Jean-Christophe says that ever since BVLGARI was founded back in 1884 by Sotirios Boulgaris in Rome, Italy, it has remained a daring but consistent brand which has steadily evolved.

“Bulgari designs are very much inspired by Roman heritage, in terms of art and architecture. Hence they are very structured, powerful, and the colourful jewellery is a school in itself, when compared to the classical jewellery you can find in France, for instance. The evolution has been very steady, with a thread of inspiration which has been around for 2,700 years, and this has really struck the minds of our creative people—our designers of our jewel makers.

“I think BVLGARI is one of the few jewellery brands which can be immediately identified, not only thanks to the artful combination of the bright and colourful gems used, but also by the daringness of the motifs we have elected, starting with the snake. A snake is probably one of the most daring symbols on earth, and the most provocative. The fact that it is a symbol of BVLGARI says everything about the brand’s daring nature and recognition. If it’s a snake, then it’s BVLGARI. Our designs are bold, powerful, colourful, volumetric, unexpected, varied and usually very striking. I would say that our pieces are very extroverted.” 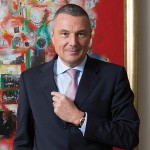