“Think it right, do it right, make it right”: Joseph Buntaran When the going gets tough, the tough get going, and this, it seems, is the case for retail powerhouse Lotte Mart Indonesia. President Director Joseph Buntaran knows he has the reassuring support of South Korean parent company Lotte Group. And this means he can strategically position Lotte Mart to leverage the opportunities presented during 2020’s challenging times.

With Lotte Group’s commitment to continuing expansion and growth in Indonesia, and the belief and trust in Joseph’s leadership for the region, this is an exciting phase for the Lotte brand.

Based in South Korea and Japan, Lotte Group is a multinational conglomerate – one of the country’s largest. It offers a diverse range of products and services, from hotels, fast food, retail and financial services to industrial chemicals, electronics, IT and construction.

The company first launched in 1948 selling chewing gum, inspired by US soldiers in the country. This year, the company’s Founder, Shin Kyuk-ho, who drove the expansion of the Lotte Group, passed away at the age of 98. 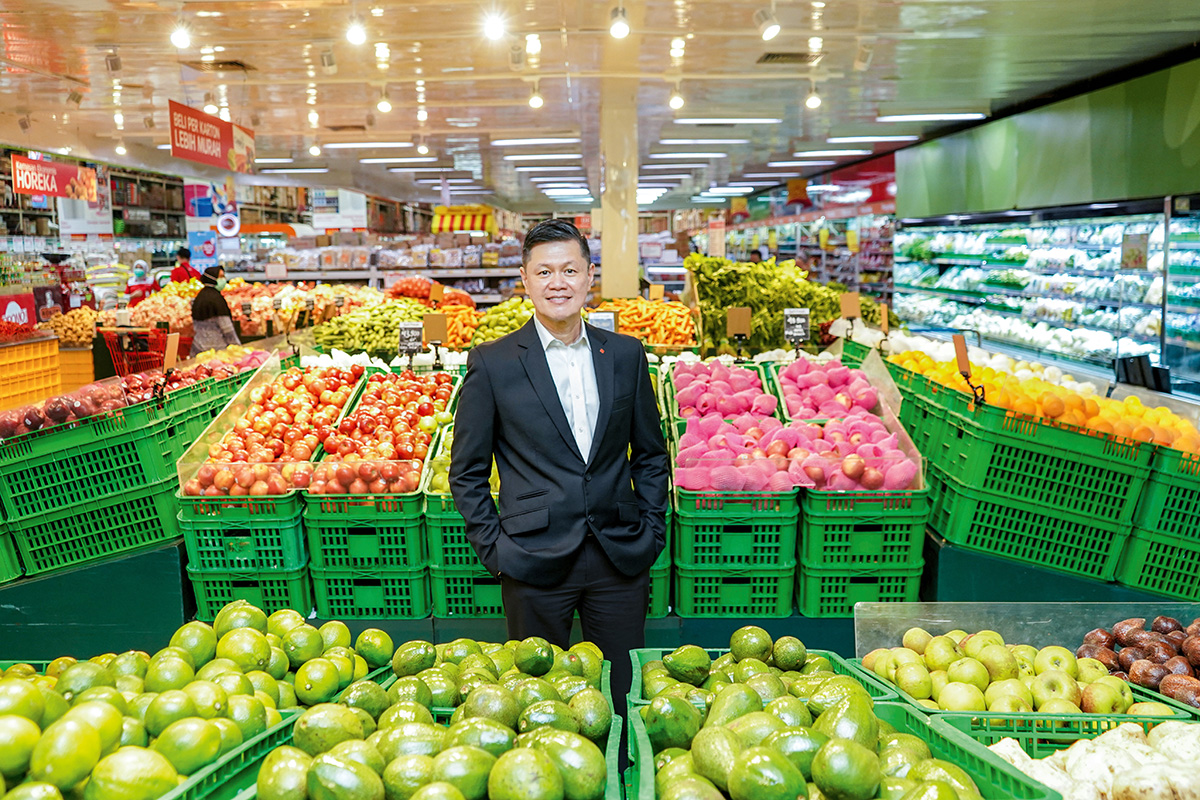 In 2008, the Group purchased discount store chain PT Makro Indonesia, acquiring the 19 stores it operated across the country. Joseph had been working with PT Makro since 2006 as a grocery merchandising director for the wholesale division of the company, so was part of the original team when the business was acquired.

“From 2006 to 2008, we prepared a turnaround strategy,” Joseph recalls. “After the sale was finalised in October 2008, I continued my position with the newly branded Lotte Shopping Indonesia.”

For Lotte Group, this acquisition signalled the company’s intention to participate in the rapidly developing retail sector in South–East Asia. The sector remains one of the most promising markets among Asian countries, thanks to its large population and the higher purchasing power of its growing middle class.

In fact, double-digit growth is predicted for both the online and physical retail markets in Indonesia over the next decade. For the next three years, Joseph earned the respect of his Korean management.

He demonstrated that he could be entrusted with the CEO role and manage the business for Lotte Mart in Indonesia. In 2012, following the launch of Lotte Shopping Indonesia (Lotte Grosir) and Lotte Mart in Indonesia, the group placed the responsibility of managing both companies in the expert hands of Indonesian President Director Joseph Buntaran.

“After earning their trust and showing I could perform, I was appointed by our Korean executive as CEO in charge of the 19 former PT Makro stores,” he recalls.

This was a unique and genius move by the Group. Not only did it put ownership of the company’s success with someone who knew the local market inside out but,in Joseph, they found a committed, determined and experienced CEO – one that could lead, and is now leading Lotte Group to success in Indonesia.

Appointing Joseph also demonstrated faith in the Indonesian management and their talent and ability to contribute to and show leadership in this multinational company. Lotte Grosir and Lotte Mart are the first Lotte companies in the group to have an Indonesian CEO.

“I feel very honoured to be the only Indonesian CEO among the other Lotte companies in Indonesia,” Joseph says. “I believe the company is showing great leadership by empowering an Indonesian to manage this opportunity.”

Lotte Group is investing billions in expanding its retail business, with Indonesia and Vietnam singled out as priorities. According to Lotte Group Chairman Shin Dong-bin, the Group sees win–win strategies between the two countries and plans to take a leading role in making social contributions to the local community in Indonesia.

In 2018, the Group announced it would invest US$44 billion, mainly in the retail and chemicals businesses and would create 70,000 new jobs. With South–East Asia becoming the primary focus for South Korean business expansion, Indonesia contributes 17% of total sales earned from overseas Lotte Group businesses.

In fact, retail sales in Indonesia, Malaysia, Vietnam and the Philippines contribute 58.4% of its total global operations. Currently, Lotte Group has 11 Lotte affiliates in Indonesia, ranging from chemicals to fast food restaurants, with the company employing over 9,000 people.

The company has a strategic focus on developing and strengthening its ecommerce capability – a significant nod towards prioritising online sales, which is an added advantage for Indonesia.

“We’re very excited about Lotte’s continuing commitment to invest and expand in Indonesia,” Joseph says. When it comes to values, Lotte Mart Indonesia is following in the well-established footsteps of Lotte Group with its “Lifetime Value Creator” proposition.

This is the company’s 50-year resolution and it stands to promote sustainable growth with a focus on qualitative growth. Lifetime Value Creator represents the Group’s commitment to making Lotte a brand that provides customers with the very best value throughout their lives.

Lotte Mart Indonesia consists of two companies, Lotte Grosir and Lotte Mart. Lotte Mart is a discount retail superstore concept that is open to the public and currently operates 50 stores in 25 cities in Indonesia, annually earning more than US$971 million.

“Initially, a Korean CEO managed one of the two companies. However, I was offered the exciting opportunity to take on the dual function of managing both Lotte Grosir and Lotte Mart,” Joseph explains.

This is a dynamic situation where we are learning to trust each other more.

The company’s crown jewel is a comprehensive data collection system established in 1992 by PT Makro. It has been operating ever since with a wealth of valuable customer data collected.

“We have a very significant and strong database of customer profiles collected from day one in 1992, to today,” he states. But it’s more than this goldmine of a database that has laid the foundation for the company’s success.

“Although competition is challenging, the instore teams use our ‘think it right, do it right, make it right’ philosophy,” says Joseph. “Our employees know that the customer is the priority and should never be disappointed. This is a main focus and strategy for us.

“The overwhelming support we have in Indonesia from our global head office became evident in 2019 when the sector experienced a global downturn,” Joseph explains.

“While some retailers were closing and downsizing their operation, Lotte Mart was in fact expanding and investing in Indonesia. Four new stores opened last year and we’re planning to open another two to three stores this year.”

Creating a blend of cultures in Lotte Mart is a challenge that Joseph is enjoying. “We have a Korean foundation with an Indonesian working culture,” he chuckles. “My role is to ensure both cultures are respected and work together.

“Although I may receive direction from our Korean Lotte Group head office, the way we share this among the organisation in Indonesia may differ. I’m inclusive; I like to give my team the time and opportunity to consider how this should be implemented and what approach they would make. I want them to show their capability and capacity.

Again, Joseph turns to the “think it right, do it right, make it right” motto, encouraging his people to employ this philosophy. “When a target has come from our Korean head office, they need to “think it right” to determine how to achieve the target,” he explains.

“Then they should “do it right” when executing the initiative. After this, there should be a period of review, which gives them the opportunity to “make it right”, should it be required.

“While I respect the direction from our head office, the way we execute it in Indonesia is different from that of the Korean culture. We prove the success of our Indonesian style of working through the results we’re achieving.”

Lotte Group is focusing on the digital transformation of its retail services using new technologies, such as big data and artificial intelligence. Plans for retail restructuring indicate a strategic shift from declining hypermarket and department store sales activity towards online sales.

Previously, the company had been utilising the online platform, website and app of sister company iLOTTE, formed through a joint venture with Indonesia’s Salim Group. However, the company is now fast-tracking its own ecommerce platform, which is a top priority and strategic focus moving forward.

“We’re preparing ourselves for the future – online has become our new baby,” Joseph says. “Everyone believes it will provide an exciting opportunity in the future.

“Big Data is a trend everyone is talking about and we’re in an excellent position, thanks to our huge database with its deep and detailed customer data. We’ve been collecting the data since 1992 – I’ve had experts tell me that we’re sitting on a goldmine. We’re now working with a few provisional providers to plan very personalised and relevant promotions,” he adds.

“If our data can do what we’re expecting, we can work with our suppliers to use this tool to reach their target customers more easily, so they can benefit as well.”

When discussing which factors are important to Lotte Mart when developing collaborative relationships with key suppliers, Joseph answers easily. “I’ve had almost 30 years working in retail in Indonesia,” he says.

“This means I know a lot of suppliers. From the beginning when I worked in merchandising until today, I’ve had almost 30 years’ opportunity to improve the execution of our supplier relationships. Today I’m focusing on this execution – whatever is committed to in head office is executed in our store operations. We think this is very important in the eyes of the customers.”

“Although our suppliers work with many other retailers, if we have a strong relationship and execute well, they may have a preference to work with my team. I hope the supplier will put Lotte Mart and Lotte Grosir as their main partner when they’re allocating their budgets.”

Trust is a priority for Joseph when it comes to his team, and it’s a reason his employees are strong performers. “Our results drive their performance,” he suggests. 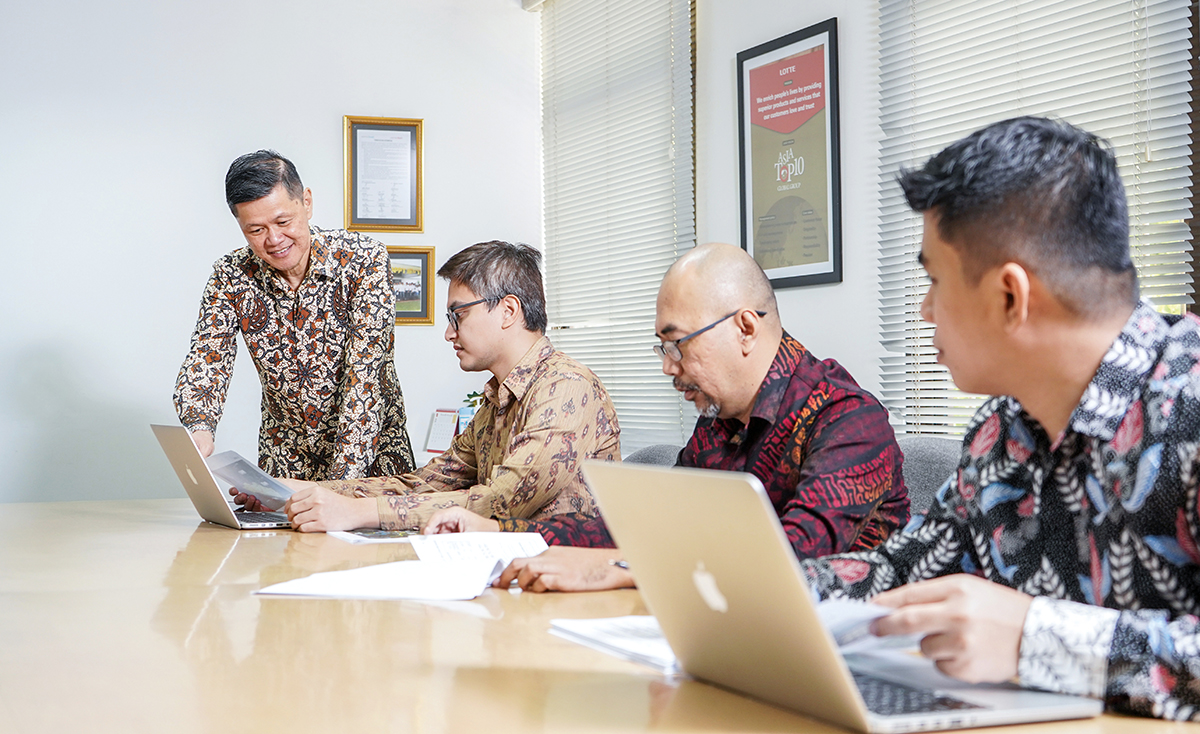 “Our employees see us doing well and know they’ve contributed to this, which motivates them to keep doing better and better. They feel appreciated for what they’re contributing. “I empower my directors and give them my trust to do whatever they think is good for the company,” Joseph adds.

“I’m provided with data on a daily basis that shows how we are performing against our business strategy. The performance results are my proof that I can trust my employees. This is a dynamic situation where we are learning to trust each other more.”

Joseph carries his “think it right, do it right, make it right” philosophy right through to his leadership style, and this forms a key role in the empowerment, trust and responsibility he gives his directors.

“I ask them to think it right and understand why they’ve been put in their position. To be respected and recognised in their role, they have to do it right. If they don’t do it right, then they must take ownership of the problem and make it right,” he reinforces.

“Whenever I’m in the office, my door is open. Everyone can come to my office regardless of who they are or what level they’re at.

“Honesty is my personal value. Because I empower and trust my people, I expect them to be honest and truthful with me. Likewise, because I’ve been entrusted with running both companies, I respect this responsibility – it’s made me inspired and motivated to do my best. I’m committed to delivering the results the group needs.” 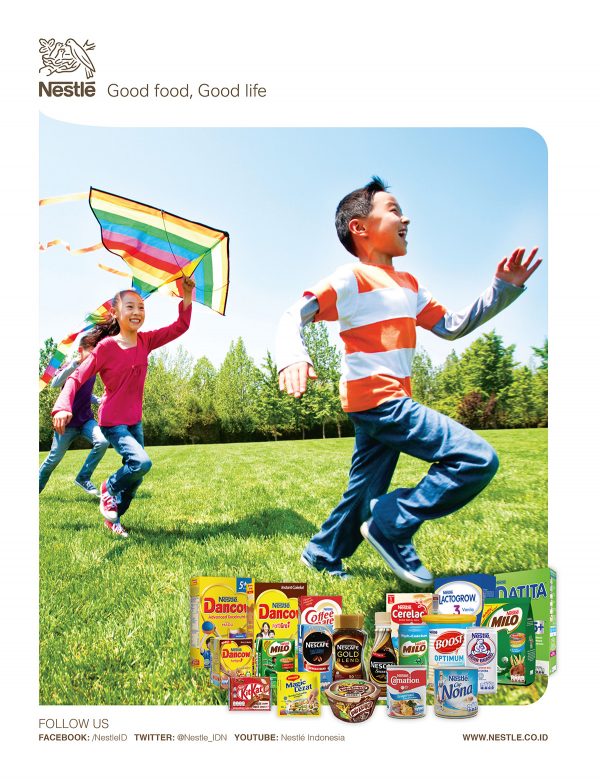 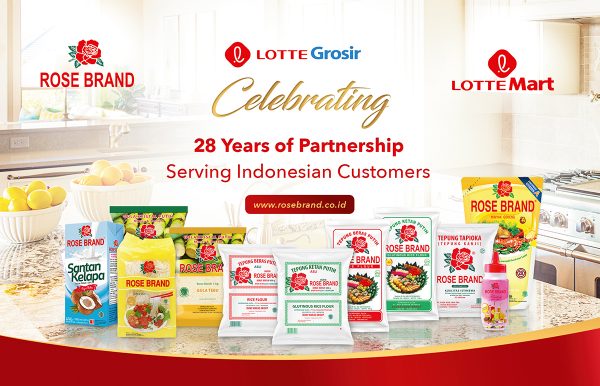 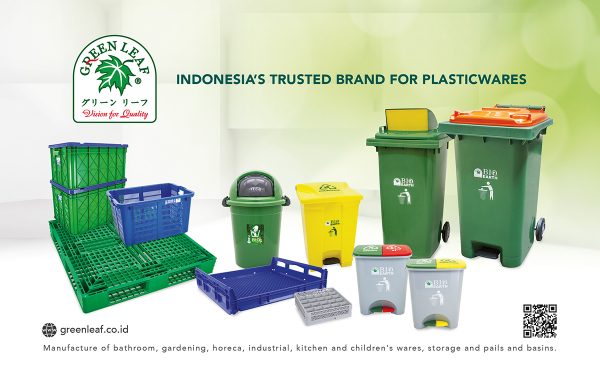 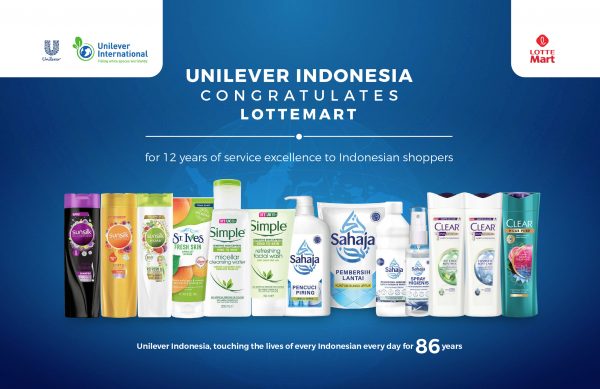