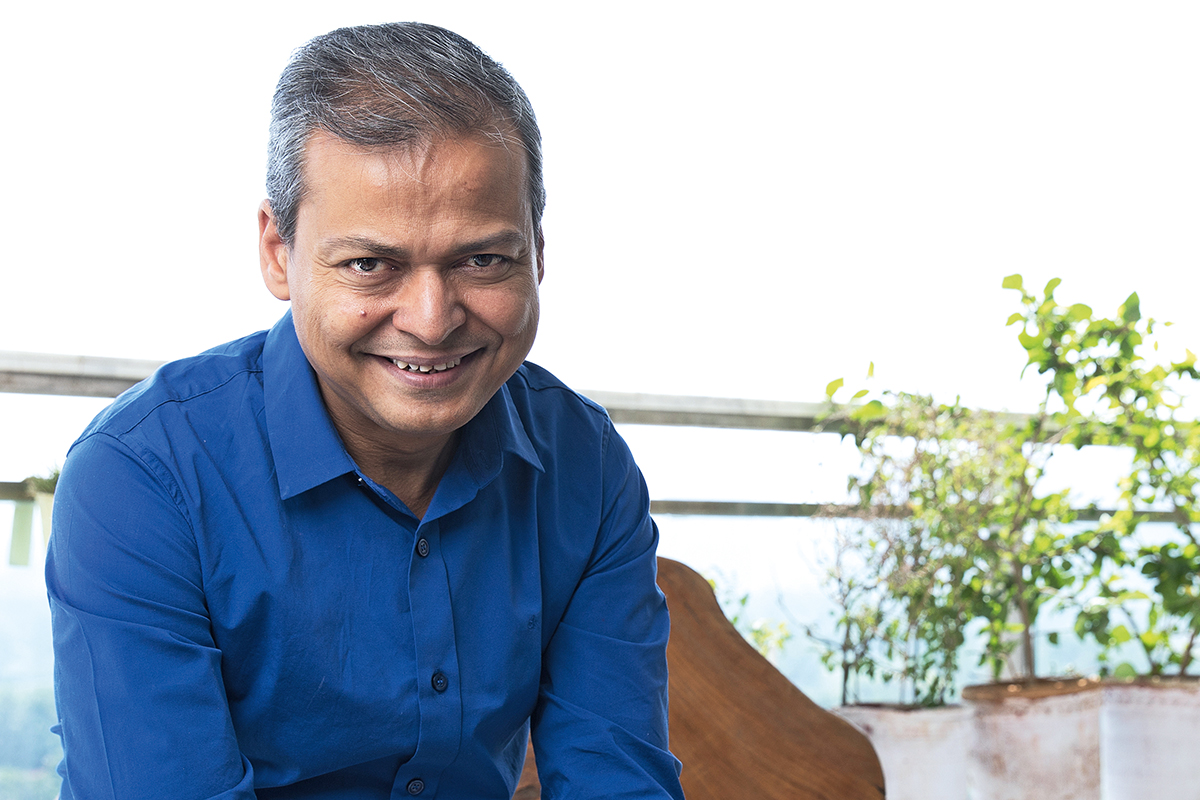 V-Mart Retail has become such a mainstay of Indian value retail that it’s surprising to learn it was only founded in 2003. Chairman and Managing Director Lalit Agarwal opened the first store that year and, by 2013, V-Mart had undertaken an initial public offering. Today, it has expanded to more than 180 stores across 149 cities and 14 states, as well as made investor value accretion an integral part of its working.

Lalit was one of the first to pioneer the concept of value retail chains in India, launching the first of its kind with partners and only leaving to start V-Mart as his own retail venture.

An important driver of this rapid expansion was Lalit successfully identifying a gap in the market for an aspirational retailer that offers quality apparel and accessories, along with fast-moving consumer goods and grocery staples, at budget prices. The strategy was to open standalone stores in Tier II and Tier III cities and smaller towns instead of India’s most populous cities.

Lalit had studied Commerce and Financial Management but, just as importantly, he knew the demographic from firsthand experience. “I grew up in a small town,” he says. “I knew what kind of market capabilities those towns had and what the customers wanted. I thought that, in India, there are a lot of such towns. The larger towns had a lot of organised retail, but in small towns, there was nothing to meet the expectations of the people.”

Lalit says V-Mart offers a new type of shopping experience for people in smaller population centres. “People in small towns want to look good and get the latest fashion, and while they don’t have a lot of money in their pockets, they see the same television channels as everyone else and they have the same aspirations.”

While V-Mart competes in the same space as unorganised retail, local markets and bazaars, it can offer shoppers a more pleasant environment, including parking, air conditioning, restrooms, and customer service professionals. The unorganised retail sector is massive in India and is comprised mostly of local ‘mom and pop’ stores where the proprietors only own one or two small outlets.

Lalit explains these competitors often lack the buying power of V-Mart Retail. “They don’t have huge sourcing capabilities or access to the good designers and manufacturers. They also can’t access the best prices. In terms of quality, prices and store experience, they can’t match what we offer.”

Where these smaller players can compete, however, is in their understanding of the local market. This is where the individuals operating V-Mart outlets come in. Lalit says his workforce is tight-knit and has been crucial to the company’s successful expansion. “Since the day we launched our operations, we’ve believed in team culture and have been enhancing our understanding. Retail is not an individual sport, it’s a soccer match and every player needs to play well to win it.”

“We are trying to build a team culture … every player needs to play well for us to win.”

Lalit expanded on the qualities he looks for in recruits in a blog post about the staff at Mumbai’s Taj Hotel. When their workplace was attacked by terrorists in 2008, the staff bravely helped others to safety instead of prioritising their own wellbeing. This incident confirmed to Lalit the value of recruiting with an eye to more intangible personal qualities such as loyalty and courage rather than objective measures like academic performance, which may not translate directly to the workplace.

Despite having a strong business model, the early days of the company were challenging, Lalit recalls. “Initially it was very difficult. We didn’t have finances, suppliers or a team. But since then, we have created an environment where everyone trusts each other and can rely on each other.”

V-Mart embraced enterprise resource planning and perfected its business strategy, and the public soon embraced its stores, particularly the apparel section, which became its primary source of revenue. By 2008, V-Mart Retail had 30 stores, securing its first private equity funding and enabling further expansion. Five years later, it undertook a successful IPO, which allowed it to open dozens of new stores and expand its distribution network significantly. There is still scope for growth, Lalit believes, and the company has identified almost 5,000 towns across India that have the right size and demographics for a V-Mart outlet.

Another striking feature of the company is its well-developed sense of social responsibility. It has helped socio-economically disadvantaged children with English lessons and scholarships and also runs a youth soccer academy. “There is a class of children who cannot access sports, so we are trying to help them and work with them,” Lalit says of the academy. “We work on their training, diet and everything else and we hope some of them can become champions.”

Words to live by
Lalit runs his business by these four simple mantras:

The holistic approach of the soccer academy is reflected across V-Mart Retail. Lalit sees building value for the company’s shareholders as fundamental to the business, but he views his responsibility as extending to the broader community.

“I’m always asking: How do we change the lives of our customers? How do we improve the kind of life that they lead? How do we create betterment in the lives of people who work here and put smiles on their faces? These things are very important to me.”

Outside work, Lalit practises meditation and yoga for mental clarity and to gain self-knowledge. “Living in the present is relaxing,” he says. “You need to savour the present.” Above all, however, he is a devoted family man and enjoys spending time with his two sons. “My family is my most relaxing place,” he concludes. 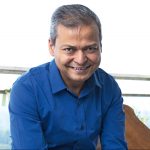