“Retail is in my blood.”: Mario Siman 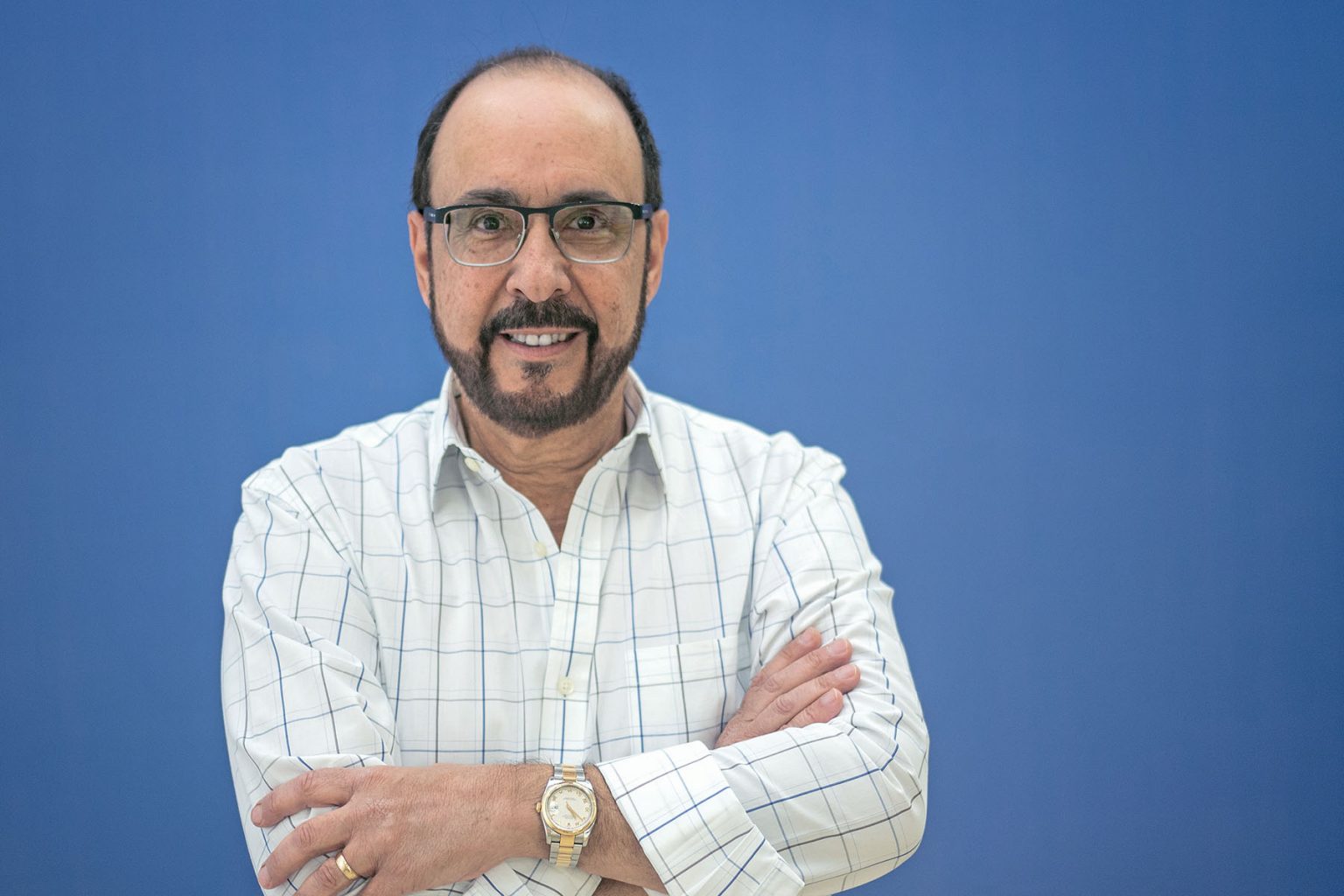 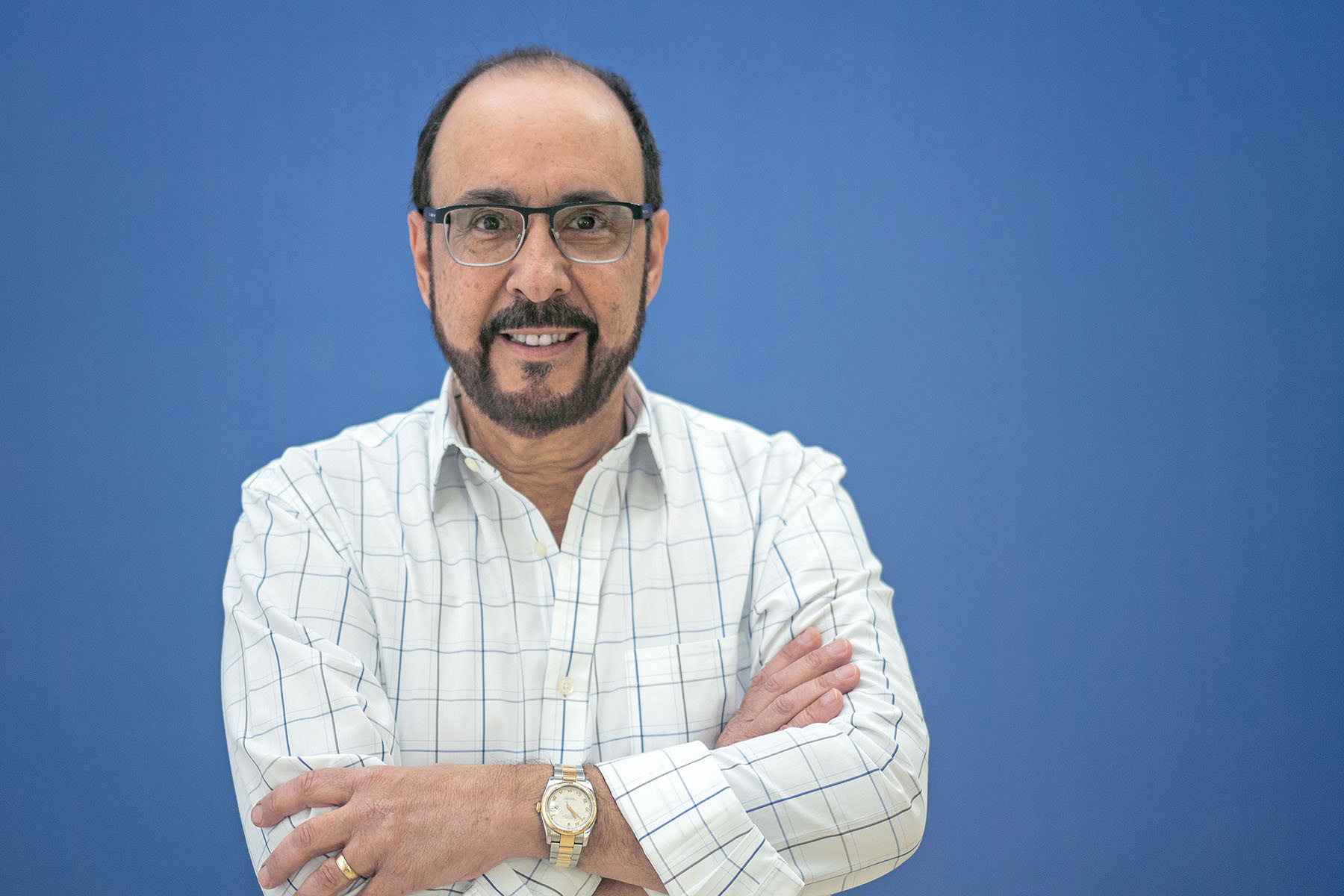 By the time Mario began spending his school holidays working there in the 1970s, the Siman chain had become a much-respected national institution. And from the first time he stood behind the counter, he knew that retail was his destiny.

“It’s in my blood,” he says proudly. “I worked there every single vacation and, once I got my MBA, I came back as vice president.” Early on, he specialized in selling furniture, appliances and electronics, gaining an invaluable understanding of how to market and sell big-ticket items.

The business was thriving, but during the 1980s, the brutal civil war led to an import ban and huge stock shortages. Luckily, the problem had a silver lining when Mario turned to local suppliers and worked with them to improve their products, benefiting customers and local economies. Many remained important partners when the embargo was finally lifted.

We had tripled our size in just seven years, which is quite an achievement.

Over the following decade, revenues grew rapidly, and bigger premises were opened. But in 2000, Mario saw an opportunity to use his vast experience on a new venture. A Dutch retail conglomerate had been declared bankrupt, and he was brought in to take on their inventory of four chains across five Central American countries and turn it into a going concern.

Unicomer had been born

Today, from its headquarters in San Salvador, Unicomer owns over 25 brands in 27 countries and is market leader in 20 of them, making it one of the continent’s biggest operators.

Among its impressive list of acquisitions are many high-profile stores including household appliance giant La Curaçao, which has stores throughout Central America and the Dominican Republic, high-tech furniture retailer Gollo in Costa Rica, electrical and insurance specialist Artefacta in Ecuador, and technical goods chain Electro Facil in Paraguay. 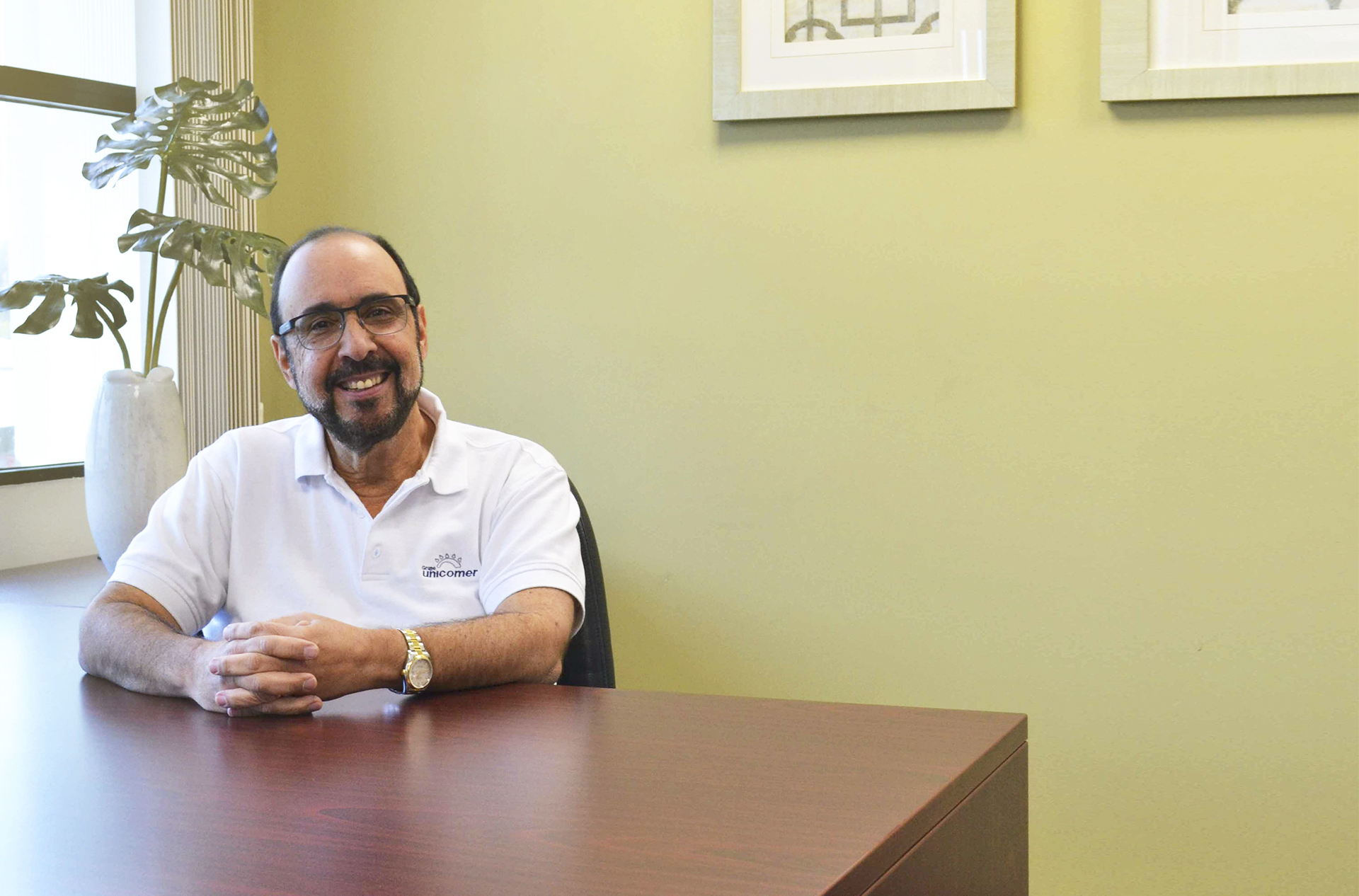 An important early purchase happened in 2006 when Courts, a slightly old-fashioned UK furniture chain founded in 1850, went bankrupt. It had lost a huge amount of money, but its Caribbean business was by far the biggest home furnishings company on the islands. “It went under in Britain because it had overexpanded,” Mario explains.

“The part we bought operated in 11 countries and involved six different currencies, so it was very complicated but also very successful.” Two years later, however, the global financial crisis bought multiple challenges. Luxurious furniture isn’t a priority when thousands of jobs are being lost amid economic uncertainty.

Mario reacted quickly and secured considerable investment from Mexico’s leading department store chain, Liverpool. The capital raised enabled Unicomer to snap up Artefacta in 2011, then the third-biggest electrical chain in Ecuador. It wasn’t long before Unicomer’s team expertise made it the market leader.

Mario, who caught COVID himself last year but only experienced mild symptoms, is critical of the way some Latin-American governments have responded. “In many countries, they locked down so much without realizing that they need taxes to pay for the hospitals and provide social security. If they shut down the economy, with which resources will they help the elderly and the poor?”

But Mario wasn’t finished. The following year, he made his most audacious move, buying Gollo, a massive electronics and furniture operation based in Costa Rica. “It’s still Unicomer’s biggest acquisition,” he says.

“It meant we had tripled our size in just seven years, which is quite an achievement.” Soon afterwards, the company established a foothold in several new territories including Peru, Antigua and Paraguay when it acquired the rights to troubled US electrical retailer Radio Shack for just US$5 million from a bankruptcy court.

Like Courts, its core operation had failed, but Unicomer could see the potential for Central Americans. Mario’s instinct was spot on and the operation continues to deliver healthy profits. Mario and his team demonstrated their ambitions for even more expansion in 2017 with a US$350 million 144A bond issue on the Singapore Stock Exchange.

It resulted in a much-coveted BB-rating from both Fitch and Standard & Poor’s, a rating Unicomer has managed to maintain despite the impact of COVID-19. But the growth of the business hasn’t meant compromising on the values that Mario learned as a boy working for the family firm.

Unicomer may now have a workforce exceeding 15,000, but it has retained its family business values. Through all the acquisitions and restructures, Mario has been fiercely protective of his staff members. 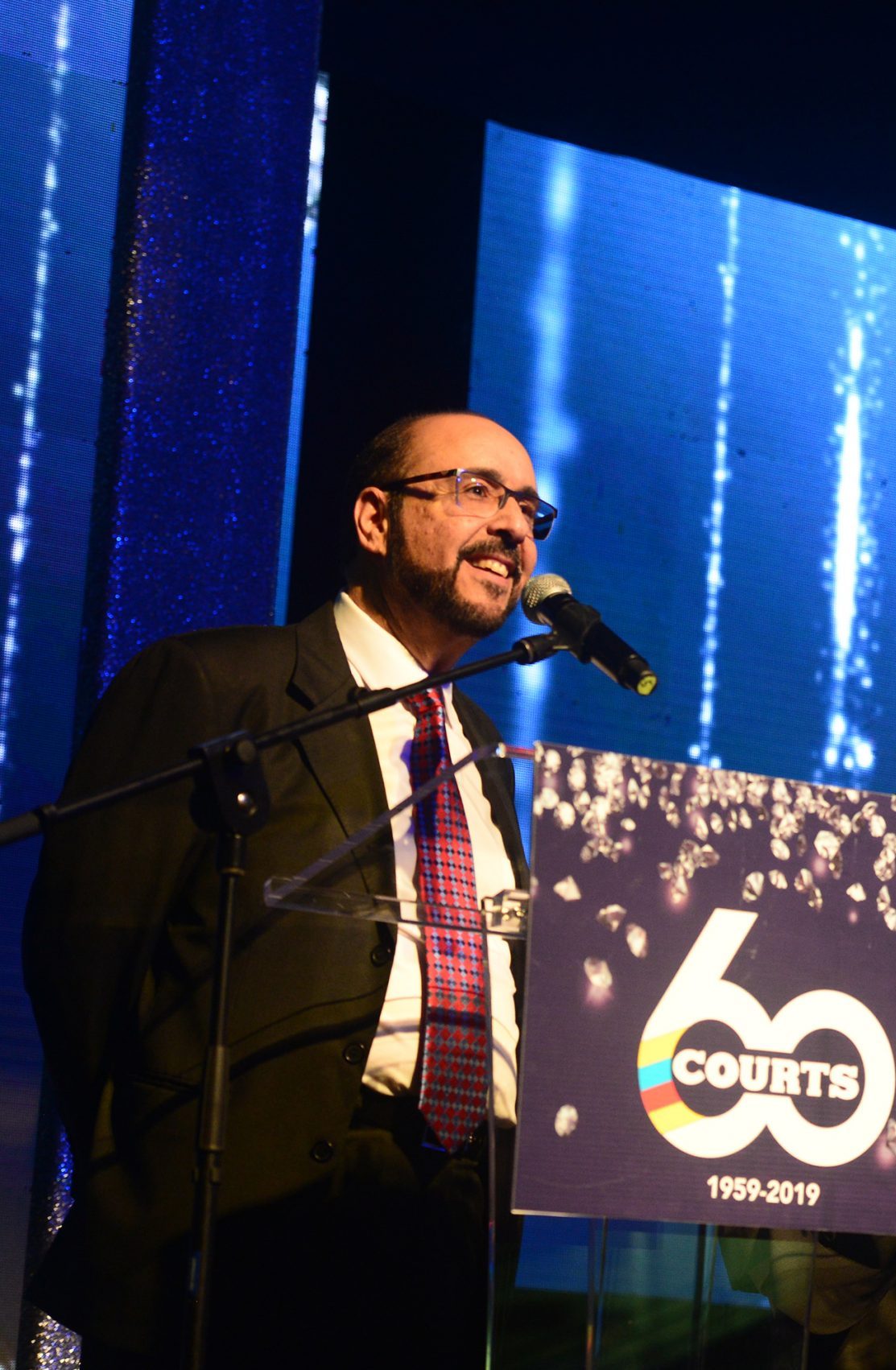 “Our main achievement over the last 20 years has been keeping 100% of the staff of the operations we purchased and honoring the previous owners’ commitments to their people, vendors and buyers,” he says. When the pandemic began its devastating spread through Central America and the West Indies last year, the financial toll on the company was the least of Mario’s concerns.

“When it was at its peak, we had a lot of people in Ecuador who’d lost parents to it calling us saying they didn’t have a clue how they were going to bury them so we coordinated with the Red Cross to take care of the remains,” Mario shares. “We also helped furnish a hospital in Guayaquil with electric beds.”

Unicomer pledged US$3 million for medical aid in the areas where it had workers and sent beds to Jamaica and other countries where there were shortages. In the midst of it all, there were two terrible hurricanes in Honduras and Nicaragua where other staff had to be taken care of.

“You can make money and talk about all the revenue in these 27 territories, but as CEO, the most satisfying thing is being able to help your staff and the community,” Mario says. “I find it very fulfilling.” But he was focusing on the welfare of his staff long before the coronavirus.

“From day one, we set apart a percentage of our profits for social programs; mainly education, sports and the environment. Our suppliers and vendors joined too,” he shares.

As CEO, the most satisfying thing is being able to help your staff and the community.

“One of them is Giving Tuesday where we give some of our products to poor communities. Another happens every March when we organize a week of volunteer work, painting schools, hospitals and shelter homes for those in need.”

Two years ago, Mario engaged Ernst & Young to provide a confidential and independent service that any staff member can call if they have a complaint or suggestion because he recognized that demotivated workers would lead to reduced productivity. Why put in the effort if your company doesn’t value what you do or encourage openness and honesty?

“Hard work and honesty are two things I got from my grandfather, and they are what I value more than anything in business,” Mario explains.

“I tell my children every time, ‘The best inheritance I can give you is to learn from me that you should never be dishonest.’ It’s also how people succeed and climb the ladder here. Hard work, yes, but honest work.” It worked for Grandpa Don Jose J Siman, and it’s certainly working for Unicomer.