One for the books: Nick Croydon 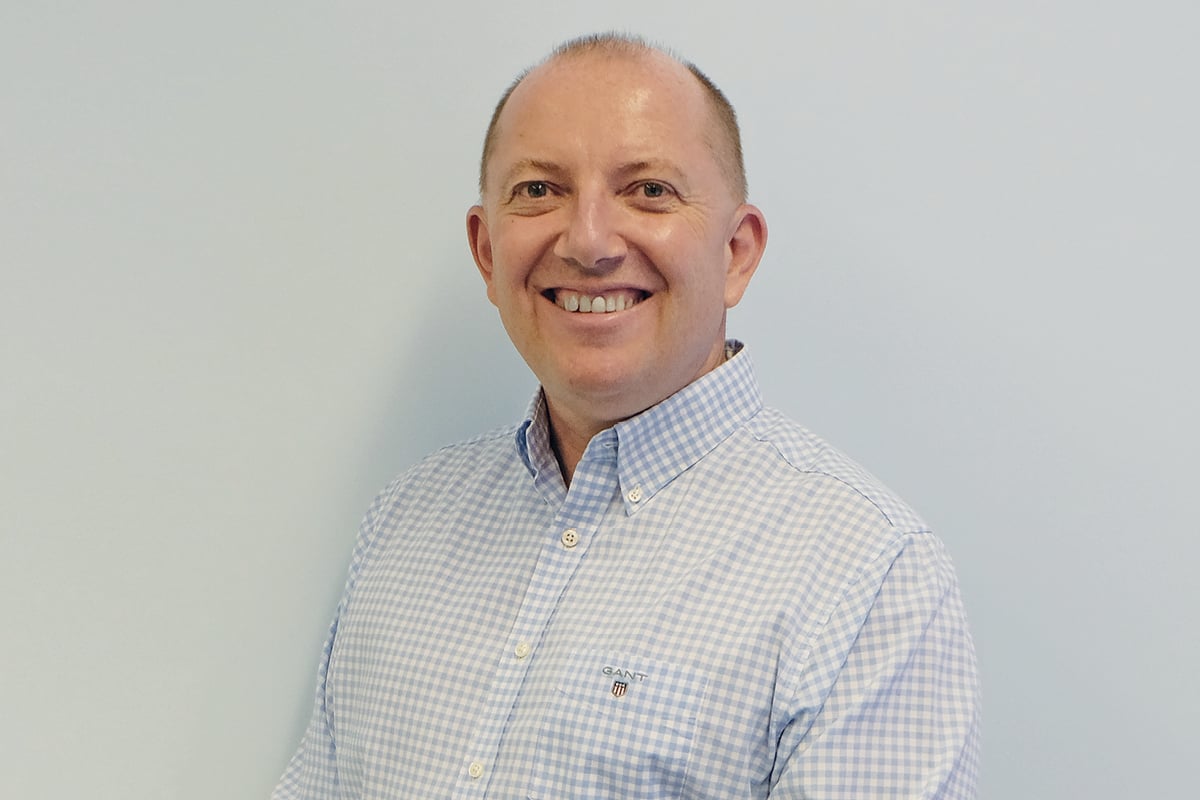 “These poor little books, these downtrodden little souls, keep coming back. They are not going anywhere. The book industry is incredibly resilient.”

Before realising his place in life, Nick thought his destiny was to be an accountant. Shortly after stepping into the field, he quickly realised the world of auditing and preparation of tax returns was not for him.

Nick recounts going through “a mid-accountancy crisis at the age of 21”. So he went to the recruitment office and signed up to be a pilot. In case that didn’t work out, Nick also applied for a business manager role with an American property developer.

Milk gets spilt all the time – clean it up and carry on. When business is tough, which is always these days, you’ve got to have a positive mindset to take the knocks and to move further.

“I received acceptance letters from both on the same day,” Nick recalls. “I had one letter saying come to Cranwell and start your training as a pilot officer. The other said come to Spain and start on one of our developments.”

He went for the latter. “Every little bit of me always regrets giving up the pilot path because Top Gun wasn’t out then. I didn’t know how cool it would be,” he laughs. 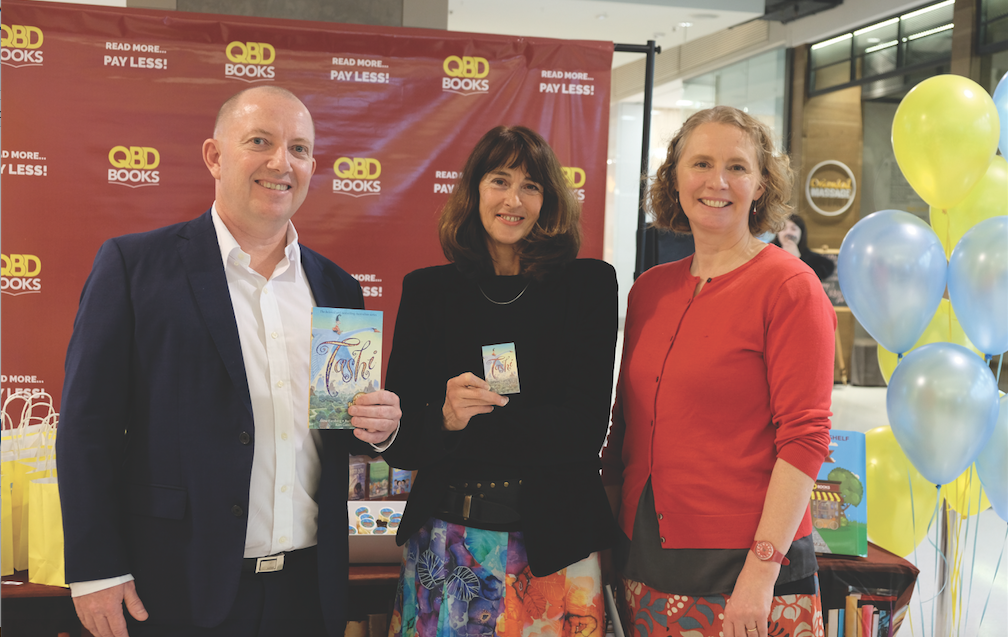 Nick stayed in the property industry for a few years and then joined a travel company in London. “My job was to open up call centres around Europe,” he says. The owner eventually sold the business and bought a multimedia company that made interactive CD-ROMs.

“We were competing with a small company called Microsoft.” Then the bubble of electronic publishing exploded. Another company bought the business and Nick went on to run it.

“We were creating books from scratch where you go from idea to designing the cover, spreads and contents page. Then we travelled around the world, showing it to customers and publishers saying: ‘Do you want my book?’”

The next challenge involved Nick acquiring a promotional book company that, again, made books from scratch. However, it also bought books from other publishers who made too many copies, and then sold them. It was at this point that Nick’s interest in retail spiked.

He ended up buying a handful of struggling independent bookshops. “Struggling in the sense that the owners were getting old. They had nowhere to sell their business on to,” he says.

“I started acquiring them. We ended up with about 20 stores in the UK, all independent bookshops.” Around this time, Nick ran into “the monster that was Amazon that came to Britain in the early 2000s”.

The online business slowly gained control. What happened next was tragic. The country lost about a third of its independent bookstores. “I lost about three or four, but we managed to fight on,” Nick recalls.

“I eventually sold those stores, and it was during my sales trip around the world, selling promotional books, that I met the two brothers who owned QBD.” Nick got to know the pair well and, nearing retirement, they asked Nick whether he was interested in buying the business.

“I thought that would be an interesting conversation to have with the wife when I got home,” he chuckles. In October 2016, Nick and a group of private investors bought QBD The Bookshop and he moved to Brisbane from Spain.

He began expanding the business, growing the number of stores from 56 nationally to the current 77, with stores in every state. “It was all pretty hectic and crazy but, in all fairness, it tested where these guys could go and how far I could push them. That was incredibly exciting.”

Nick’s passion for books and publishing is something that has continued to drive and inspire him. “You can’t work in business if you don’t love what it does,” he says.

“I discovered the written word as a reader, and I have always loved books, but initially I didn’t think I could make a living out of it. Also, what I like about retail is that it is a dynamic industry.”

An avid reader, Nick’s preferences are history and historical fiction. He says one of the masters of the genre is Australian author Fiona McIntosh and in the international market it would be Ken Follett, Welsh author of The Pillars of the Earth. “It generally turns up in everybody’s top 10 books of their lifetime,” he notes. Another book he recommends is Losing My Virginity by Sir Richard Branson, one of Nick’s early idols. “He started from his backyard and didn’t accept any barriers. I like the fact that he broke down the models and made up his own rule book.”

All the QBD stores are company owned. Therefore, Nick and the team don’t need to run over changes or approvals with other franchise owners.

“The teams at QBD are strong and talented. That’s what gives us the ability to grow. We have had 50 per cent online growth in the past year.”

Other elements contributing to the growth are QBD’s marketing schemes and the company’s QBD Book Club on Channel 7. Books have been around for a long time. “If you go back 20 or 30 years, including in Australia, the industry has been very stable.”

In terms of readership, Nick says that across children’s books, fiction and non-fiction, the overall percentages are similar to those of five to 10 years ago. “That generally doesn’t change,” he remarks.

“What happens is within those big categories, you get some interesting changes. Within fiction, over the past 10 years, things like fantasy and sci-fi have become a genre that originally appealed to teenagers, and now 10 years on, these people are in their 20s and approaching 30, still loving that genre. Interestingly, this is partly thanks to the power of Netflix, which is buying rights from these books to repurpose into miniseries.”

We have a thing at our company called grit, meaning having perseverance and being able to persist through hard times.

One example is The Witcher, which came out on Netflix a few months ago. Soon after its release, the books, written a while back, went up in sales at QBD.

“A lot of the staff at QBD love that genre, so we tend to do well because the customers see a kindred spirit when they come into the store,” Nick enthuses.

“We’re now seeing a mix of media and books quickly entering the television market, whereas before you would have to wait years for it to become a movie. Now with the likes of Stan and Netflix, more books are coming to screen, and that’s exciting.”

Nick’s ultimate goal is to inspire the QBD staff. He says his best leadership quality is to never accept defeat. “When bad things happen, I move forward,” he says.

“Milk gets spilt all the time – clean it up and carry on. When business is tough, which is always these days, you’ve got to have a positive mindset to take the knocks and to move further.”

This get-up-and-shake-off mentality has been transmitted throughout the QBD stores. “We have a thing at our company called grit, meaning having perseverance and being able to persist through hard times – not just once, but all the time.” 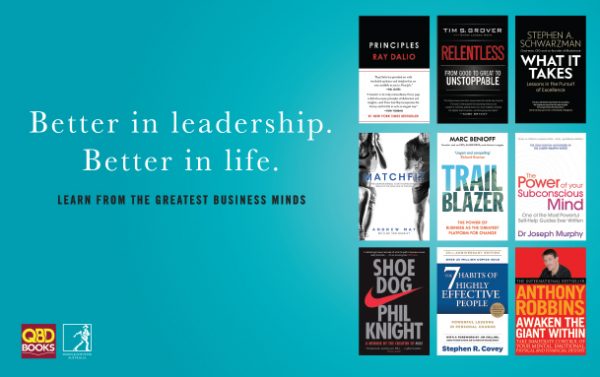 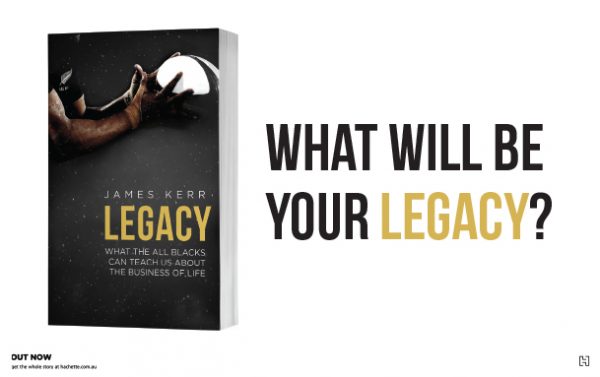 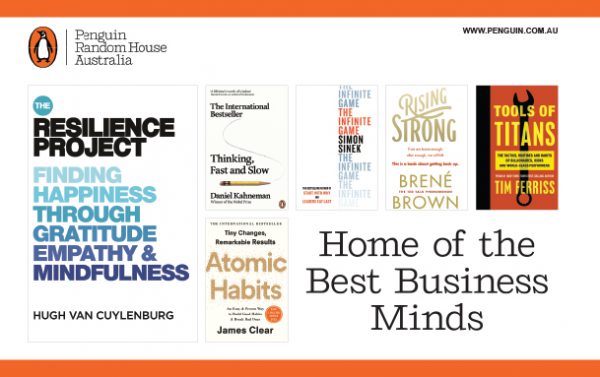