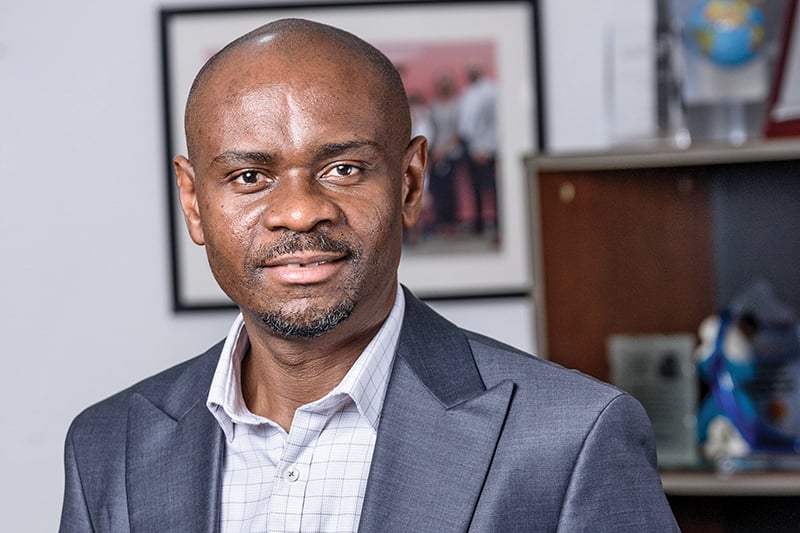 Ensconced in a four-storey building that towers over the numerous small stalls and street-level chaos at the bustling Idumota Market in Lagos, Nigeria, Paul Orajiaka presides over his toy empire.

As a respected entrepreneur running a business that brings in more than US$10 million (€8.5 million) annually, Paul knows what success is, but this was definitely not where he expected to be in his 40s.

For if he’d had his way as an ambitious 18-year-old, he would have fulfilled his American dream. After three failed attempts to obtain a visa, however, he found himself in Idumota, working for his brother-in-law’s import business. Still, the tenacious teenager did not give up.

Inspired by the hardworking, resilient Nigerians he saw every day carving out a living and thriving in the market, he was determined to make the most of his circumstances. The turning point came while supplying some goods to a hypermarket. Paul noticed that the toy aisle looked rather empty.

On a whim, he suggested to the store’s management that he could also supply toys – even though he had no connections in the toy industry or any inkling of where he could find a wholesaler. Again, it was Idumota Market that had the answer; after combing its familiar streets, he found a toy vendor willing to be his supplier.

This marked the humble beginning of a venture that would eventually turn into Auldon Limited. Today, the American dream is no longer Paul’s dream. He has become a proud Nigerian success story still deeply rooted to the locale that has been intrinsically tied to his transformation over the past 24 years.

The pride that he now has in his heritage is one that he hopes to inculcate early in the younger generation. His commitment to this cause culminated in the launch of Unity Dolls, a collection of dolls inspired by African culture, with darker skin and outfits representing various major tribes on the continent.

“We wanted to remove the notion in the African child’s mind that they have to look like Barbie – with long hair and white skin – to be beautiful,” Paul explains. “The Unity Dolls have propelled the growth of our business, turning us into a force in the global toy industry as a firm known for toys which are African-themed.”

At the start of his entrepreneurial journey, Paul had a personal goal to become a millionaire in Nigerian naira by the time he turned 21. He beat his target by two years, at the age of 19, when he attempted his first direct import of toys from Dubai, making NGN1.2 million (€2,600) on the sale.

Today, many years and millions later, financial success is no longer his raison d’etre. His focus has shifted to building a social enterprise. “We have brought social relevance into our production line,” he reveals.

“The dolls’ clothes, beads and packaging are no longer imported but are used to create local employment.” The firm does so by working with the Friends of the Disabled foundation to hire women who are wheelchair users, as well as the Lagos State Technical College to recruit student apprentices.

“Creating social value in our production chain has been very rewarding,” Paul says. “I believe that when you create such value, money will come to you. It also gives me a sense of purpose as a businessman.”

Paul intends to create local employment on a much bigger scale in the near future. Auldon has recently come to an agreement with Polesie, one of the biggest toy manufacturers in Europe, to introduce the latter’s products into Nigeria.

The plan is to eventually import Polesie’s toys in knockdown parts and have local teams assemble them. “Toys are bulky, so when we ship them in knockdown parts, what would have probably taken up three containers would occupy just one.

We will save on freight costs and custom duties, and receive some incentives from the government for encouraging local assembly, which creates jobs. Ultimately, we want to set up production lines in Nigeria with Polesie as a technical partner.”

In realising this vision, Paul is excited about the opportunities offered by the African Continental Free Trade Area established in 2018. “It will be a big plus for us because we will have easy access to many other African markets,” he says.

If we are profitable and blessed with success, then we should share it with the community. The onus is on the private sector to lead initiatives that will help the government meet these challenges.

“Our next goal is to set up a full production toy plant in Nigeria and then sell to the rest of the continent.” Paul is of the opinion that profit-making and corporate social responsibility should not be separated.

“One key observation we have made is that until we started trying to make an impact, we did not see the kind of success we have now,” he says. “Every business should try to ensure that it has created enough value for the local community in which it operates.” Social issues are not just the domain of the government.

“The authorities can’t do it all alone,” Paul exclaims. “Ultimately, in helping, we also build awareness of the brand in the consciousness of the community. I always say that Auldon is like our own local government because we provide our own water, electricity and even roads.

“If the government has been unable to even create infrastructure for enabling businesses like ours, they would find it a challenge to do the same for the community. If we are profitable and blessed with success, then we should share it with the community. The onus is on the private sector to lead initiatives that will help the government meet these challenges.”

Paul’s journey from a teenager whose idea of success was making a million naira to becoming a prominent social entrepreneur who wants to put his wealth to good use is one that has taken more than 20 years.

He advises those intending to follow in his footsteps: “Empty pockets do not make anyone poor; empty minds do. You do not need big resources or capital to set up a successful business. “Many entrepreneurs have been blinded by the idea of drawing up elaborate business plans and starting big, with staff and an office.

I always say, ‘Start small but think big.’ When I first began, I was the salesperson, the CEO and the accountant. And my office was my briefcase. My capital was NGN5,000 (€42). It’s not about big money or the capital; it’s about having an idea and the passion to succeed against all odds.”