It’s all about diversity for me: Paul Thompson 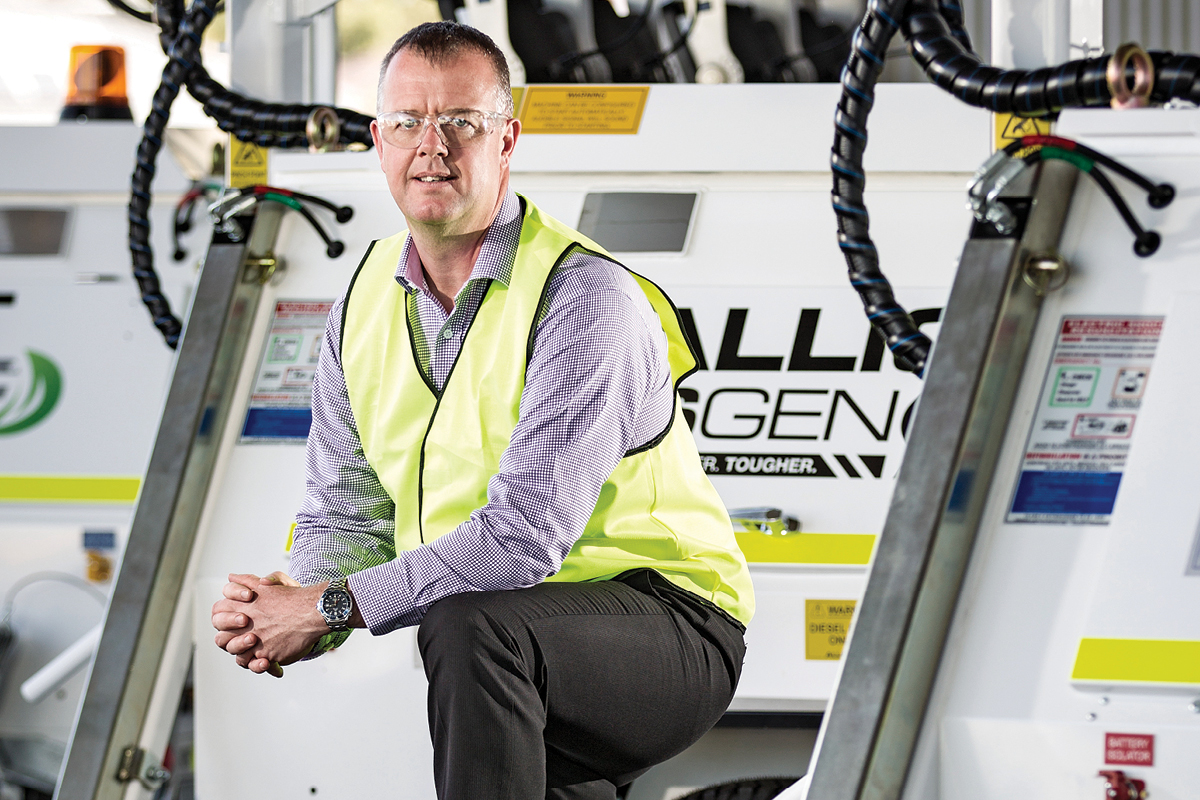 With this century’s mining boom, the Australian economy enjoyed an unprecedented level of growth. Some commentators even credited it with not only mitigating but also overriding the effects of the GFC in Australia. All good things must come to an end however, and when the industry started to decline a great many businesses were at risk.

One such business was AllightSykes, a supplier of industrial equipment – pumps, lighting towers, generators and Perkins diesel engines – for several sectors, including mining and construction. But as part of the operating and investment conglomerate Seven Group Holdings, it had the support of a powerful parent company. AllightSykes CEO Paul Thompson credits Seven Group with helping the supplier through that post-mining boom, and the board and shareholders for setting a clear trajectory for success.Paul has good cause to be appreciative of the Seven Group family; he’s worked across the company in several capacities, including WesTrac, and has had nothing but good experiences working with Seven Group head Ryan Stokes. When the position of CEO came up at AllightSykes, Paul had no hesitation about stepping in.

“It was a case of getting back into an organisation that I knew I enjoyed working with,” he says. “I’m working with equipment for both mining and civil infrastructure. It’s all about diversity for me. AllightSykes is a well-recognised organisation. We work with some fantastic brands – OEM brands like Perkins and FG Wilson, and the AllightSykes brand itself, as well as my colleagues at Coates Hire and WesTrac.”

Formed in 2010 from two long-lived businesses – the Perth-based Allight and the Newcastle-based Sykes – the equipment supplier has continued to thrive where competitors may have stumbled during the post-mining boom period. As well as the support from Seven Group, AllightSykes maintained its profitability by seizing opportunities in civil infrastructure work, diversifying its customer base.

It’s also expanded to achieve an international presence, with nearly a quarter of its revenue coming from overseas. Paul is hoping to see further developments outside Australia, ideally going from 15 international distributors to 19 this financial year, and he’s aiming for similar growth in terms of international sales.

“There are a lot of expats working in minerals and resources all around the world,” Paul says. “They have familiarity with our products, having worked with them in Australia. They understand they’re reliable, dependable and well-supported, so when they get out to these remote regions, they tend to send the call back to the head office and say, ‘Look, we need the gear that we used to have in Australia, in the Pilbara, the Bowen Basin or the Hunter Valley, because it’s fit for purpose.’”

“They have familiarity with our products… They understand they’re reliable, dependable and well-supported.”

Global expansion can prove a challenge for any company, and it requires considerable coordination to maintain the integrity of one’s supply chain. Paul has recognised this, of course, but is confident that AllightSykes’ facility in Dubai gives the company a good springboard into North Africa, where copper and gold mining remains a profitable industry. From there, the company can access other regions of Africa, as well as international markets like the US. Along with the partnership of new suppliers, AllightSykes’ supply chain shows no risk of compromise.

But this isn’t the only challenge inherent in entering new markets. As an organisation spreads geographically, it becomes increasingly difficult to unite a company behind one coherent vision. However, Paul and the other leaders make a point of face-to-face communication with AllightSykes’ network of employees, whether that’s a town hall meeting, a toolbox talk, or even just a meeting over coffee. This personal engagement is in aid of ensuring organisation-wide cooperation, something Paul considers a necessity for success.

“We work across many countries and jurisdictions, different cultures and customers, so we need to work together, share those experiences, and learn from them,” he says. “It’s also about accountability. For all our efforts to maintain those channels and contacts, we should be able to trust people to get along, do their work to the best of their ability, raise issues in a timely manner and then work together to solve them. For me, collaboration and accountability are the two main requirements for excellence.” 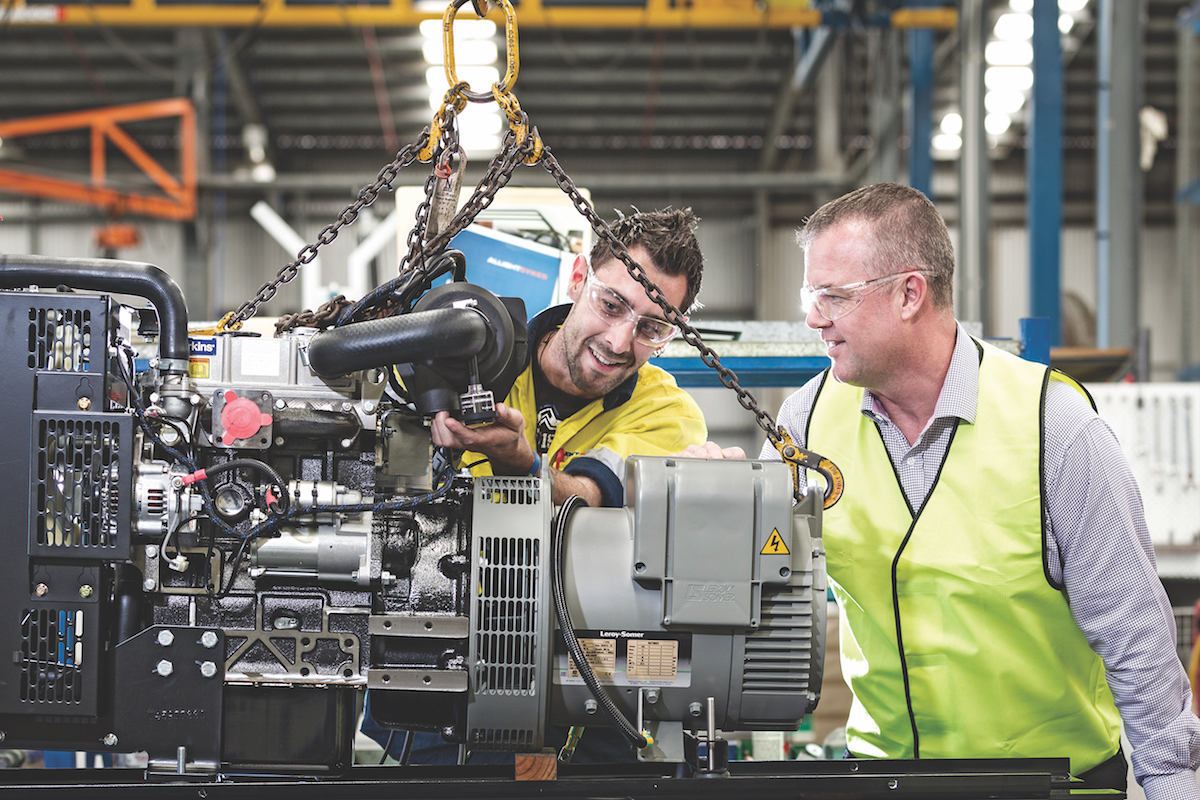 Equally, the relationship between AllightSykes and its partners is one of cooperation. Many of these high-quality brands have worked with the supplier for some years now; AllightSykes has enjoyed the support of FG Wilson, a global provider of generator sets, since the early 2000s. Partnerships like these have brought the company tremendous success, such as its successful bid to provide A$16.5 million worth of dewatering equipment to Qatar’s World Cup construction projects. They also allow AllightSykes the chance to compete with lower-cost competitors in some of the new regions into which the supplier is moving.

“Our products are designed in Australia to high standards, but we know there’s competition from people that are driving down manufacturing costs,” says Paul. “We’ve therefore diversified by using places like Dubai, and subcontract manufacturers in China to use our designs, and build to an Australian standard. This is done at a lower-cost basis, so we can maintain our ability to compete.”

When it comes to AllightSykes’ customers, that relationship of equal communication and collaboration isn’t quite the same here. In dealing with customers, the company aims to do more listening than talking, and it has invested a lot of time into perfecting its CRM systems and having a better understanding of market segmentation.

“You can only be market-focused once you understand what the customer is trying to achieve.”

“It’s important to understand not just what they’re buying from us, but what their business does and the key to driving it,” Paul explains. “Our sales and marketing teams are now moving away from being product-focused, towards being market-focused. You can only be market-focused once you understand what the customer is trying to achieve.” 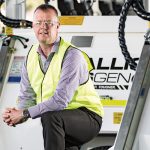