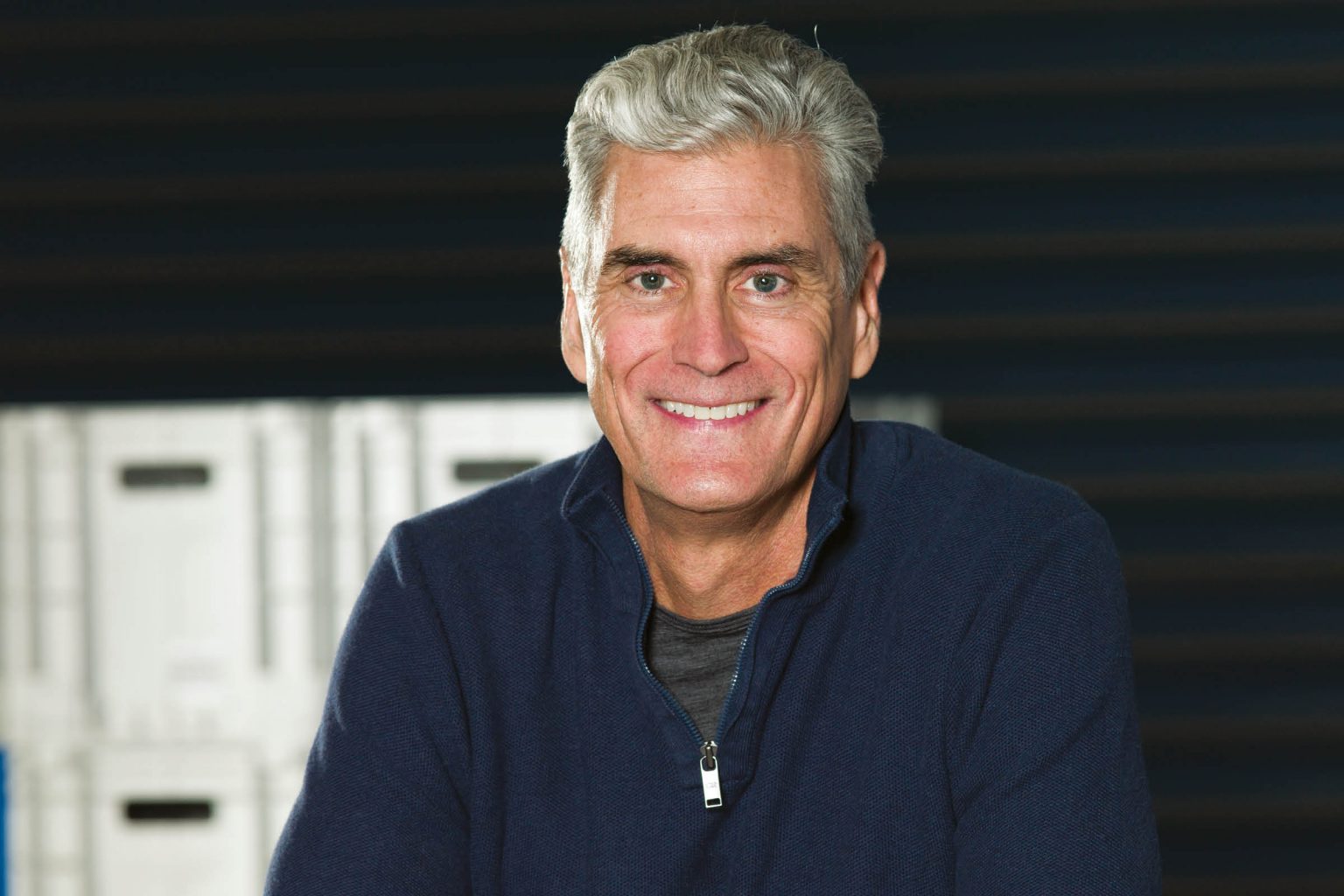 Propped up on the desk of Catch Managing Director Pete Sauerborn is a pocket-size Aussie slang dictionary, which helps him navigate his daily conversations with his team. Learning the local lingo is just one of the adjustments he has had to make since heading to Melbourne from Seattle just over a year ago and putting down roots. 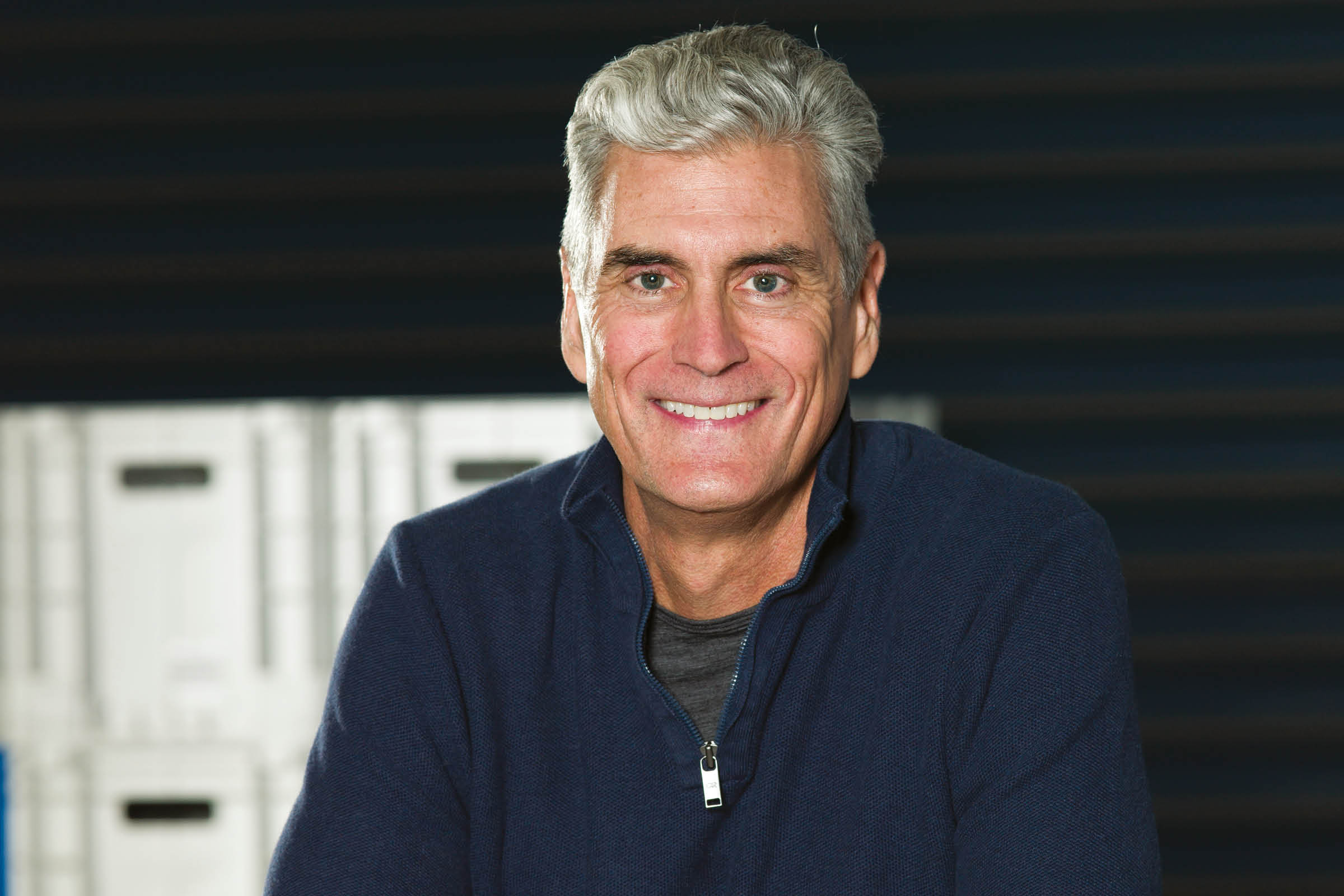 “I just have a lot of fun trying to figure out what the hell we’re talking about,” he tells The CEO Magazine. He chuckles as he admits that he has particular trouble differentiating between ‘avo’ and ‘arvo’. Fortunately, his team have been on hand to help.

“They have been educating me about Australian culture and Australian slang. They’re very welcoming and it’s just been a pleasure.” With 15 years of ecommerce experience under his belt, Pete came to Catch from Amazon where he led the scaling of Amazon Marketplace over a decade. He describes his time at the American ecommerce giant as a “really exciting journey”, but a few factors eventually combined to prompt his move Down Under.

“After spending 10 years at Amazon, I was ready for my next adventure,” he explains. “I was also really interested in doing a full CEO job. I had a big job at Amazon, but in such a big company, you don’t have all the pieces.”

To top it all off, on a skiing trip to Whistler, he had met someone, now his partner, who hailed from Melbourne. Pondering his next move, Pete took a sabbatical from Amazon and set off on a two-month adventure around the world, with Melbourne the first stop. But his arrival coincided with the start of the COVID-19 pandemic.

“Within 10 days, the border shut and I had to cancel all my world travel plans,” he recalls. Unable to even explore Australia due to COVID-19 restrictions, he set up some networking meetings. One of these was with Ian Bailey, Managing Director of Wesfarmers’ Kmart Group. “Serendipitously, he was looking for a new leader for Catch at that time,” Pete says.

“It went from an informal coffee to a job offer in just a few weeks.” It was indeed perfect timing. Aussie conglomerate Wesfarmers had acquired the Catch Group for A$230 million in June 2019, and there were extensive opportunities to leverage the synergies within the portfolio and for Pete to use his experience to take it forward.

He found the challenge of tackling the comparatively young Australian ecommerce market extremely appealing. There remains a lot of uncertainty among consumers in Australia when it comes to shopping online with their credit cards from a security perspective, according to Pete.

“By continually delivering good value, precise delivery, fast delivery and great customer service, you earn the trust of the consumer and when you do, it unlocks this ability or willingness for them to move more of their purchasing online,” he points out. 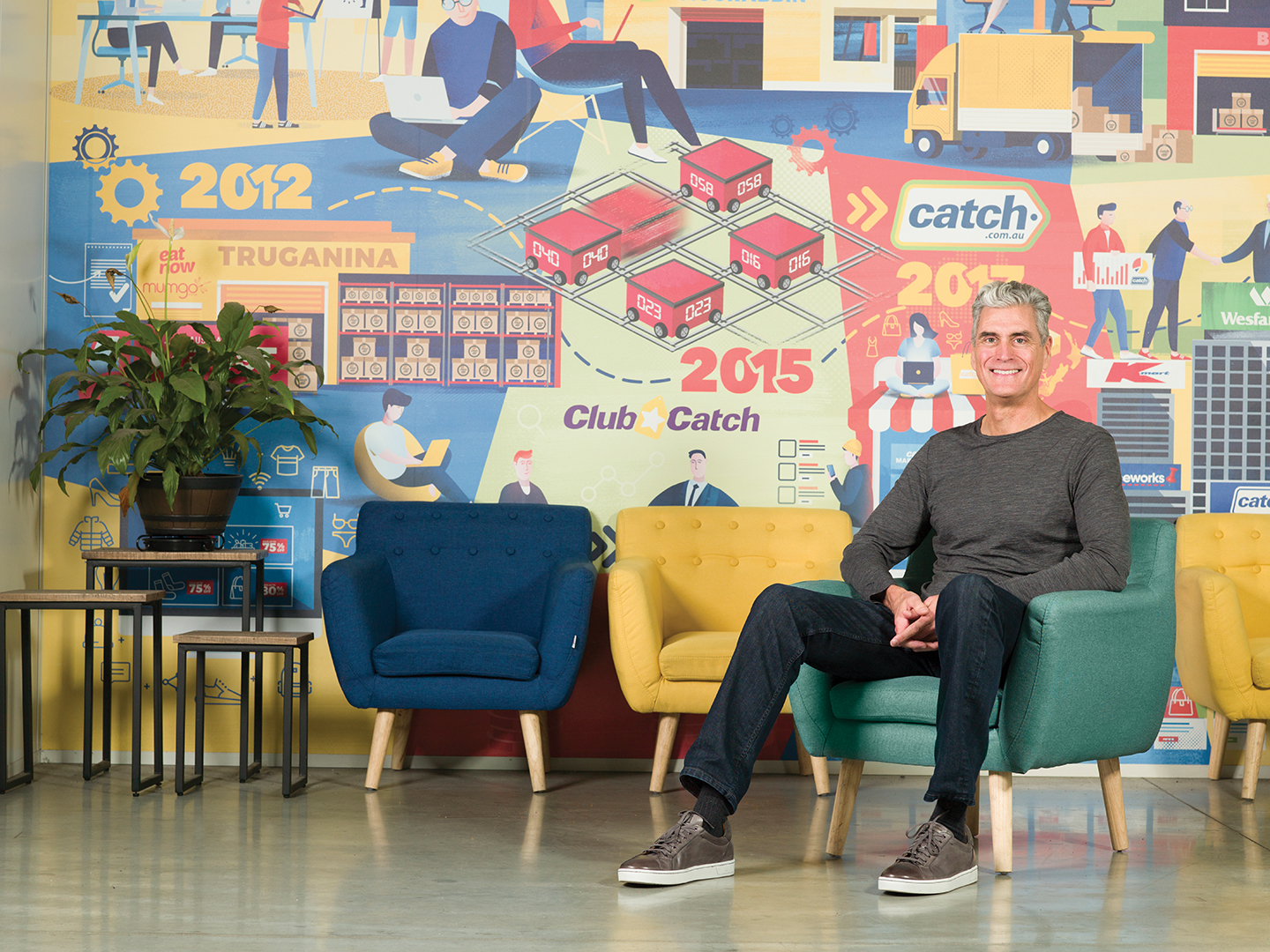 “I think we’re at the early stages of that here and the companies that get it right by really delivering on a promise of great value and earning the customer’s trust as a result, will win. I think that’s exactly what we’re trying to do.”

Catch has therefore placed great emphasis on the quality of its website and mobile app, along with ensuring fast and efficient delivery. “We put a lot of investment in automation in our fulfilment centres to get our packages out very quickly,” Pete reveals.

The company has also improved its subscription program Club Catch, providing free delivery on eligible orders, and introduced a click-and-collect service at Kmart and Target stores nationwide for additional convenience. After all, with a broad mix of multinational and Australian players in the space, standing out is crucial. But what else sets Catch apart?

“First, we are born and bred here in Australia,” Pete stresses. “Australian-owned and operated, now as part of the Wesfarmers group, we’re focused exclusively on serving Australian customers.”

The Wesfarmers ownership also gives the company access to a wide range of products, including those from sister companies Kmart and Target, via its marketplace. It only allows professional sellers onto the platform, which Pete highlights as another point of difference.

The companies that get it right by really delivering on a promise of great value and earning the customer’s trust as a result, will win.

“Some of the other marketplaces are more open and self-service, and they have used items, so it gets very cluttered and difficult to shop,” he explains. “Sometimes the experiences aren’t as good, so we spend a lot of time on differentiating ourselves in that dimension.” Meanwhile, growing awareness of the brand and its offering is top of mind for Pete.

“We did some market research and learned that we have a really core group of customers that know us and love us, but that many customers weren’t really aware of Catch and we hadn’t really invested in building that brand,” he admits.

In August 2020, it launched its biggest ever brand campaign with the new tagline ‘Checkout Catch’, putting ‘everyday Aussies’ and the products they can buy at Catch in the spotlight.

“We’ve focused on maximising reach through TV ads, outdoor billboards, and digital channels too, and we’re finding a lot more people are hearing about us,” Pete says. “When you have a really great offering and all you need to do is introduce new people to it, it’s a win.”

Although Pete’s appointment had been somewhat “serendipitous”, it was certainly a strange time to start a new role. On the plus side, ecommerce was an area that saw a massive upswing in demand as people came to terms with staying at home, accelerating their willingness to shop online. But that unexpected spike came with challenges.

“Usually, we spend months getting ready for the Christmas and Black Friday peaks, so when sales spiked in March last year, we were not ready,” he concedes. On top of that, Catch suddenly had to adhere to a raft of new restrictions to ensure safety for its workers – measures like wearing masks, social distancing and temperature checks.

Instead of crumbling, Catch took the opportunity to refine its operations, placing it in a better position for the future.

“When you take a business that is in a growth transformation from a startup to a very big company, then you double the volumes overnight, some things break and you have to figure out where the weak parts are in the business and go and fix them,” Pete reflects. “So, in a sense, COVID-19 allowed us to see which parts of our business model needed more work in order to scale to the next level.”

That next phase will see the company transform the way it operates with significant investment in building its software development team, stepping up the way it engages with its suppliers and optimising its supply chain by increasing its fulfilment capability.

“Offering our customers fast and efficient delivery and keeping our costs down is critical to our success,” Pete says. The company is therefore looking at ways of automating its fulfilment model so it can process a greater volume more efficiently. To achieve this, it has partnered with supply chain whiz Körber to install autonomous mobile robots, which bring the products to the pickers.

“It reduces the amount of walking that the employees need to do and it increases our efficiency – it’s really impressive to see,” Pete says. “We’re just completing a big deployment with them here in Victoria and it’s been a great partnership.”

The position Catch is in today is a testament to Pete’s success in a short time, but he is swift to share the credit with his team. “I’ve always aspired to be with a team that’s low ego, high intellect, collaborative and hardworking, so I feel really grateful that the team here fits that model well,” he says. “It’s a really amazing culture.” 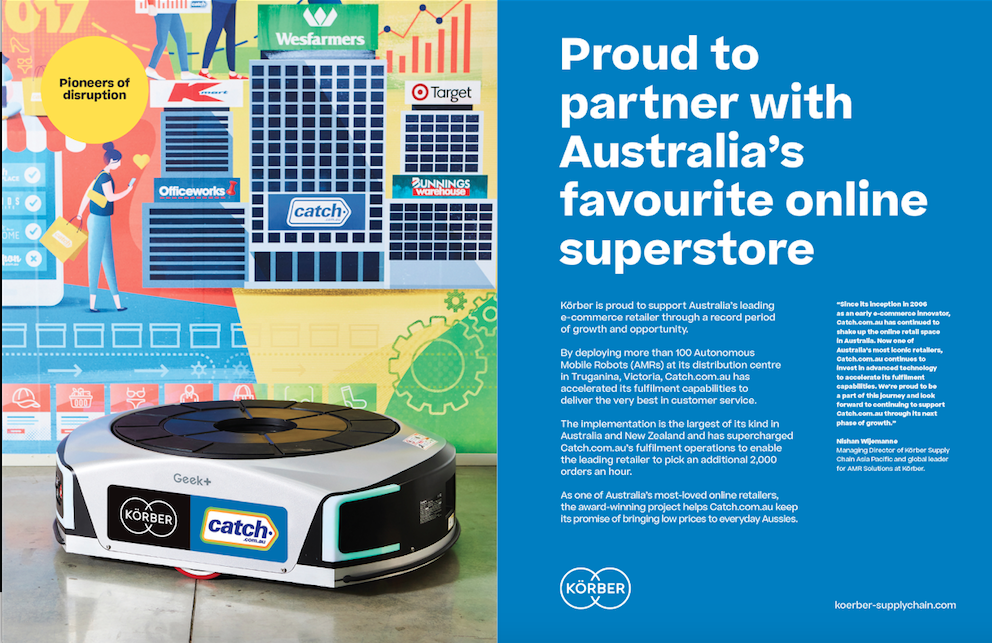