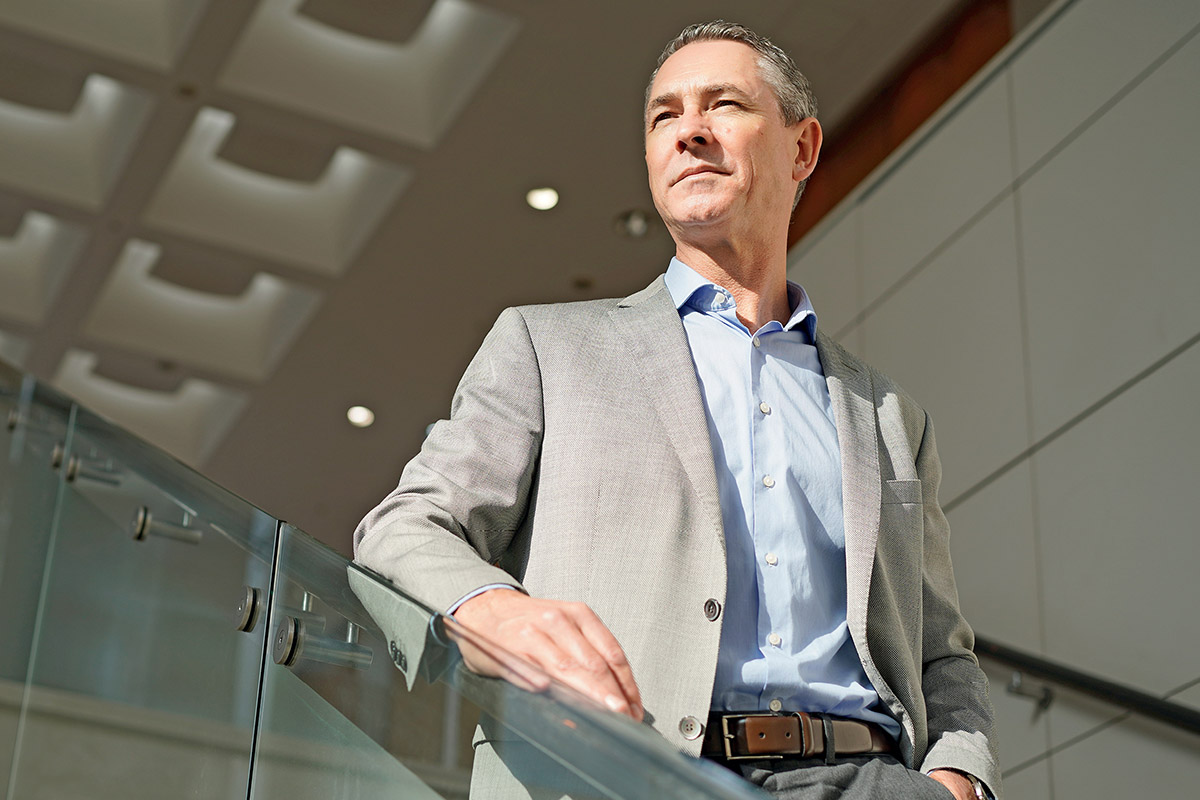 From a door-to-door sales model to a successful social commerce business valued at US$8.4 billion, Amway Global has completely redefined the world of entrepreneurship. The family-owned company based in Ada, Michigan has a global footprint that spans six continents with a presence in more than 100 countries and territories. And its reason for existence is to help others live better, healthier lives.

In an unusual turn of events in an unprecedented year, it’s only fitting then that its reason for existence has turned into the very reason it’s not only survived the pandemic, but that it’s wildly thriving too.

“Over the years, the business has become more of an ecommerce and social commerce business oriented towards health and wellness,” Amway Japan President Peter Strydom explains.

“Therefore, the advent of COVID-19 has really positioned us very, very well to take advantage of its tailwinds.” The tailwinds Peter speaks of are the population’s current interest in health and wellness, income insecurity and the shift to digital.

“We are the leader in the health and wellness industry. We’re the leader in sales of vitamins and mineral supplements. We provide business opportunities within the gig economy, allowing people to earn money for themselves. And we are an ecommerce business. So our business is growing right now.”

And Peter plans to keep the business growing long after the pandemic is over. In Japan, Amway is hard at work on a business plan that will take it into the year 2029. It’s a significant year for two reasons. One, it will be the company’s 70th anniversary globally. And two, it’s the company’s 50th anniversary in Japan.

“We’re firmly working on our plans for the next nine years that will be focused on health and wellness. We want to win in the area of nutrition,” Peter says.

“We also want to restructure our business to bring in more customers and continue building a sustainable business model for our entrepreneurs going forward. We are the leading direct selling company in Japan and are just shy of a billion-dollar business here. So we see our business growing significantly over the next nine years through this focus on health and wellness.”

Interestingly and strategically, Amway’s focus on nutrition and wellness is all-encompassing. “We define nutrition broadly. It’s not limited only to vitamin and mineral supplements but also to air and water treatment systems,” Peter shares.

I believe that trust in our people is an investment that will pay us back in dividends in loyalty, productivity and ultimately, in revenue and the bottom line.

“We’re also looking at skincare products that aren’t only cosmetic, but that offer nutritional value for your skin. At the same time, we’re dabbling in the area of functional food. We want to become known as a health and wellness business in Japan, which is probably not the Amway your mother remembers.”

The business has transformed incredibly since its humble founding in 1959. Created by friends Rich DeVos and Jay Van Andel in their basements to make good on a pact they made back in high school, promising to become business entrepreneurs together, Amway built its success on the desire to make other people successful. “After that, I moved to Barcelona and ran the Southern European part of the business for Europe and the Mediterranean countries,” he reveals. “From there, I went to Munich, Germany and was the Chief Sales Officer for a number of years in Europe. Then, I became the Managing Director in Europe for a few more years.”

Which brings him to Japan, going into his sixth year. “It’s one of our top markets in the world – it’s in the top four,” Peter beams. “So this is probably the highlight of my career. It’s a big honour to be running this very successful business that’s still growing.”

In fact, he credits his journey around the world with the company as the key to his success in his current role as President.

“Having to adapt to different cultures and participating in different areas of the business has made me humble,” Peter reflects. “Having this openness to learn from other people has positioned me well here in Japan.

“I’ve seen senior executives and leaders come into Japan, and they either succeed or they fail spectacularly. It’s very binary. And the people that fail are the people who fail to respect and try to work with the culture they’re in. For me, I don’t see myself as South African. I see myself as a global citizen. And I think my experiences around the world have been absolutely essential in preparing me for success here in Japan.”

We want to become known as a health and wellness business in Japan, which is probably not the Amway your mother remembers.

Just as adapting to different cultures is paramount to success, so too is adopting the right culture. That’s why at Amway Japan, Peter is currently focusing heavily on this area.

“COVID-19 has challenged every CEO to adopt a new way of working, and here’s the thing – nobody knows how to deal with a pandemic. We’re all kind of learning as we go. That’s why anyone leading a big business with a lot of people has to first and foremost focus on culture.”

In Japan, Amway has adopted a cultural mindset that states, ‘Love to learn, lead with heart and live to serve.’ And at the core of those cultural values is the willingness to take risks and do things differently.

“It’s a willingness to try, fail and learn,” Peter explains. “And for Japan, that’s a huge deal. It’s a culture that values perfection. It values doing things right again and again and again. So this is a big shift for us as we’re going into the unknown. Creating a culture where people are comfortable with ambiguity is absolutely vital.”

While many Japanese businesses are snapping back to work in the traditional office setting as quickly as possible, Amway isn’t. And it’s a move Peter credits to trust. “The heart of our work-fromhome strategy is trust,” he says.

“It’s about creating a culture of trust. It tells our employees that we trust them to do the right thing and get the job done. We’re not going to watch over them. I believe that trust in our people is an investment that will pay us back in dividends in loyalty, productivity and ultimately, in revenue and the bottom line.”

And while a fantastic, evolving business model, a great culture and a rich heritage all work together to create the perfect storm of longevity for the global powerhouse, Amway still wouldn’t be where it is today without its long-term business partnerships.

“Having good strategic partnerships enables you to leverage technology and evolve,” Peter says. “You can’t do it all on your own. It’s impossible. And for us, our industry hasn’t exactly had the best reputation over the years. But these partnerships have helped build that reputation and trust not only for Amway, but for our entire industry overall.”