One step ahead: Stuart Foulds This year has been rough for retail. Marks & Spencer recently announced the closure of more than 100 stores by 2022, while Toys “R” Us went into bankruptcy, with divisions either sold off or closed completely. Meanwhile, online retailers are enjoying ever greater success. It’s clear that the retail industry is evolving rapidly, and companies unable to keep up aren’t likely to last long.

It’s therefore impressive that TrustFord is still growing year on year. Stuart Foulds, Chairman and Chief Executive of UK-based Ford Retail Group, which owns TrustFord and TrustFirstParts, credits it to the company’s ability to keep ahead of the industry; the TrustFord Now service allows customers to purchase a car and drive it home within an hour, or alternatively have it delivered to their home.

“When customers want something, they want it now,” says Stuart. “Both our online and TrustFord Now strategies set us apart from our peers. Modern consumers expect convenience and immediacy across the board. They’re so used to being able to receive an order the same day or the next day, or use click-and-collect to pick something up in the store, rather than waiting weeks for the delivery.”

This may be part of the reason that TrustFord’s sales are improving each year at the dealer’s 61 outlets across the UK. This comes as the big digital retailers increasingly move into the automotive industry, posing a challenge to traditional retailers.

“Our solution was to launch TrustFord Now and spar with the likes of Amazon and eBay,” he says. “We recognised early on that companies that thrive are those that deliver products to the customer efficiently. With TrustFord Now, we’re enabling customers to walk into the dealership and drive away within an hour, creating a real unique selling proposition for us. It will take us to the forefront of our industry and revolutionise customers’ expectations.”

“Communication, speedy service and the highest standards will help us take our brand to the next level.”

Another reason for TrustFord’s success may be its social media presence; one of its recent ads for TrustFord Now was released in March, and has garnered more than 600,000 views on social media, with substantial engagement. At the same time, website enquiries are up year on year, with queries from TrustFord’s marketing activity growing by 50% yearly. This is why Stuart keeps a close watch on the shifting nature of the industry. 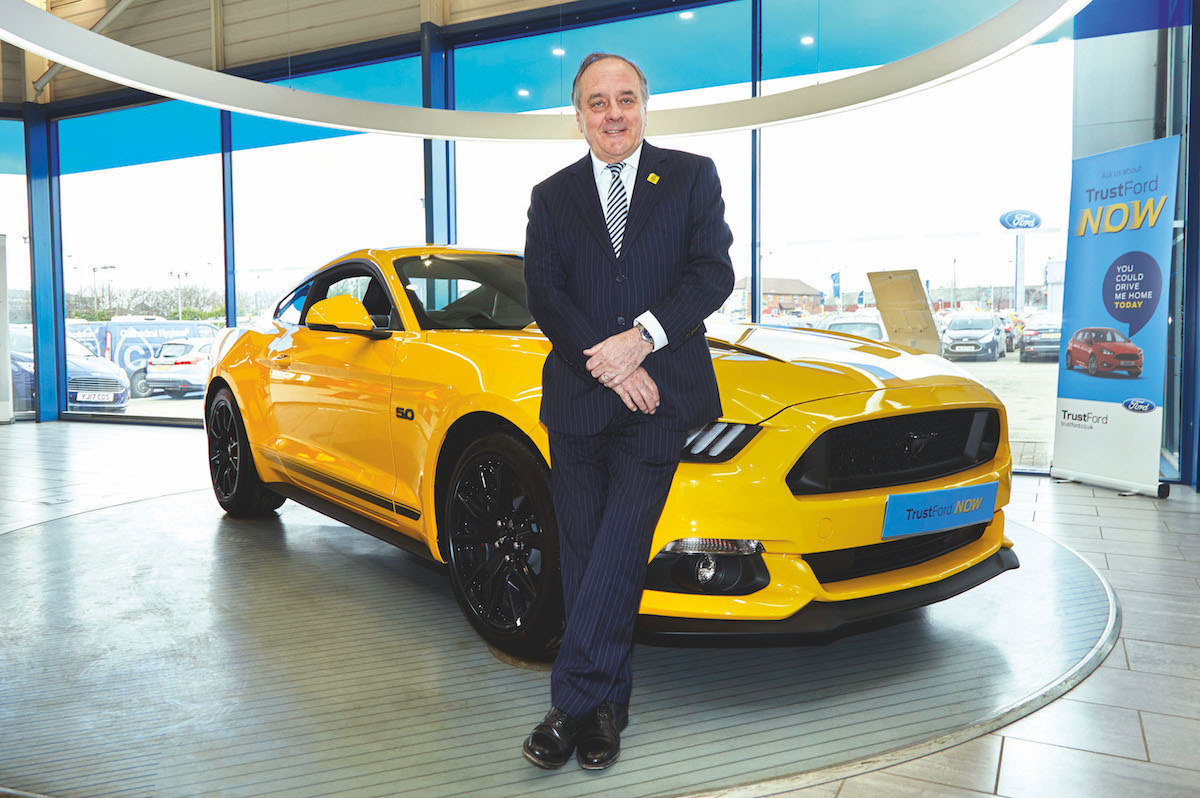 “I’m committed to helping TrustFord stay one step ahead of the competition by constantly evolving,” he says. “You cannot afford to stand still and be complacent in business. It’s changing at a massive pace. Some leaders may think they’re doing it if they’re going 100 kilometres an hour in the fast lane of the motorway, but I’m flat out on the Autobahn.”

While the auto dealer is finding new ways to reach its customers, TrustFord is also ensuring it has the ability to accommodate an ever-growing customer base. Part of the strategy behind this includes the expansion of its fleet distribution facility, which now allows for the storage of more than 6,000 new cars and commercial vehicles and the preparation of upwards of 50,000 new and used vehicles.

At the company’s dealerships, excellent customer service remains the core strategy for the business. “Communication, speedy service and the highest standards will help us take our brand to the next level,” says Stuart. “We need to continue to invest in the right places. Our TrustFord Now strategy will move towards enabling full online purchase and delivery to the customer’s door. And with another year of success in our fleet operations, we will continue to provide great service to our fleet customers.”

No company can offer such a high level of service without a passionate, content workforce. TrustFord has therefore maintained an internal culture that has seen the company placed 20th on The Sunday Times’ 25 Best Big Companies to Work For this year, an improvement over last year’s ranking. Given its ongoing social and professional support of employees, as well as its promotion and implementation of workplace diversity, the placement comes as little surprise.

“It’s always nerve-wracking when you get listed because you don’t know whether you’ve improved or not until it’s announced,” says Stuart. “But [the placing] is a testament to the TrustFord team, and a recognition of how hard everyone works to provide an engaging and successful environment.” 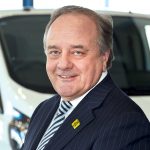