“It’s been quite a ride.”: Victor Kwan 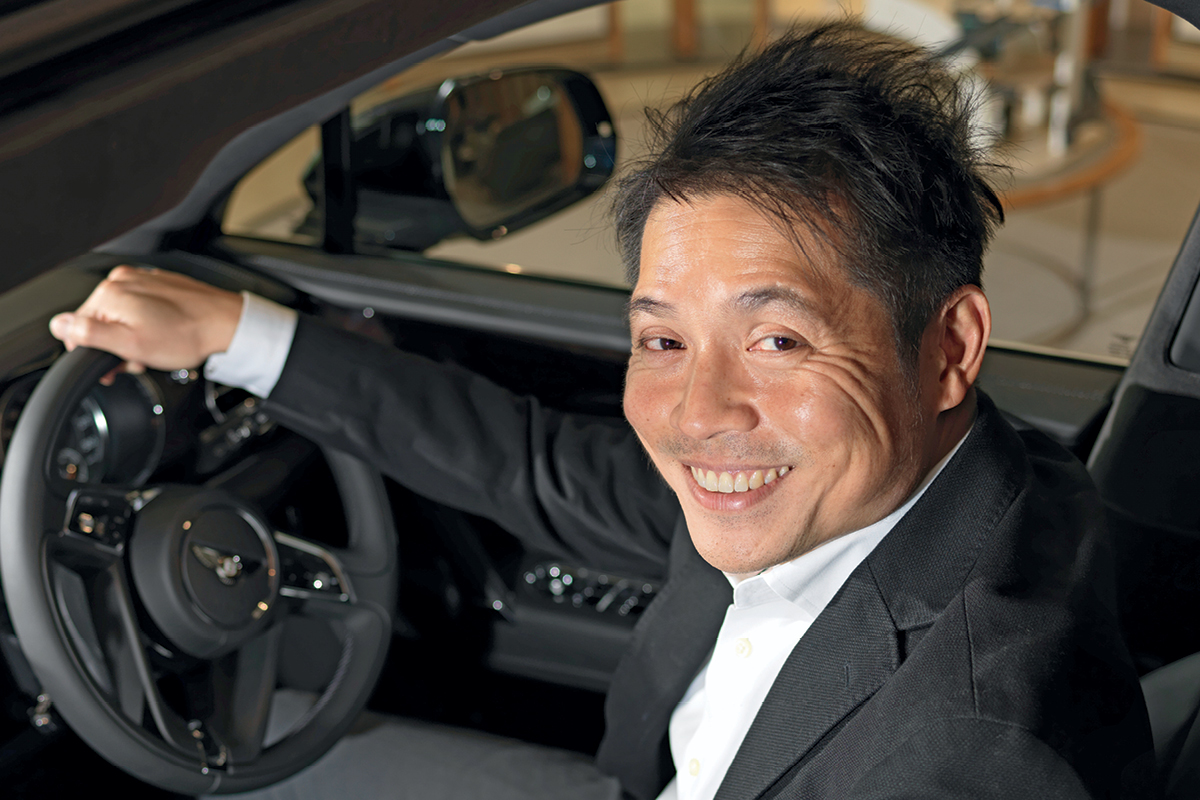 Victor Kwan has always had an interest in connecting with consumers. This is what led him to the car industry, a sector he’s been part of for the past two decades. “A car is one of the most integral parts of consumer consumption,” says the Managing Director of Wearnes Automotive, a luxury car dealership in Singapore.

Victor has been with Wearnes for 12 years. “It has given me many opportunities,” he says. “I have been involved in every single brand in our group’s portfolio. It’s been quite a ride.” The ride he’s referring to has consisted of many ups and downs.

“Like many other industries, the automotive trade can be challenging and stressful. I have seen many young and experienced managers get stressed and burnt out.” To decrease his chances of experiencing the same fate, Victor regularly likes to remind himself to have fun at work.

He adds, “Find some joy, some fun, and you need to have a lot of intrinsic satisfaction in your work.” Victor sees this as critical to remaining in a business with a history of 114 years.

“If you don’t find intrinsic satisfaction beyond just money in your job and role, then you won’t last the pace,” he says. “I try to inject some fun. I may not pull it off every time but I still try.”

The other point Victor highlights, while making it clear that it might not be for everyone, is that he was given significant opportunities in his late 20s. “That had an impact on me,” he says.

“And because of my experience, I believe in providing an opportunity for the young ones.” The company culture at Wearnes reflects Victor and the management team’s leadership ethos. “We do a lot of internal promotions and groom our younger executives,” he explains.

“Among all the dealerships in Singapore, I’m confident to say that our younger managers and executives get the most rotation around the company.” This opportunity gives these staff members exposure to different brands and roles.

Victor believes it is not just about handing out the job, title or promotion, but also about encouraging them to make decisions and stand by their choices. “It’s to show them we can give them autonomy, but that they live or die with their decision,” he explains.

“The title is easy to give, but responsibility and accountability is the part that they will need to learn how to take up. I took on the accountability and, thankfully, I survived. So this is what I try to put into any organisation I run.”

We are well positioned as the go-to guys for people looking to buy luxury cars such as Bentley, Aston Martin or Bugatti.

The other piece of advice Victor has learned as he gets older is that it may be easy to get a promotion, but to stay employable is the challenging part. “Somebody shared this with me when I was very young but, over the years, I’ve realised how true it is,” he says.

“It is directly related to the daily grind. While we talk about the motivation of getting out of bed, there are also days when, inevitably, we don’t want to.

Victor took a year off in 2018 to take on a smaller job to complete his PhD in business. “Half the world was saying you don’t need a PhD to sell cars, and the other half was asking me, ‘Why did you do that?’ I don’t know, maybe I find the crossroad between practice and academia an intriguing place.”

In the past 20 years, most industries have undergone disruptions. The reason for this is simple: technology. The ability to purchase online has resulted in many businesses, and in particular retail, going bust.

It has also transformed certain products beyond recognition (think CDs and DVDs). Victor says the car industry is no different. “It’s on the verge of a major disruption,” he says, explaining the change will come once electric vehicles go from niche to mass market.

“Autonomous vehicles are also on people’s minds,” Victor adds. “The other big one is whether people will start buying cars online, like with Tesla.” Victor says that when he walks into any boardroom meeting, those are the main three topics of discussion. “Whoever can get the vision right and get onto the right trajectory to take advantage of all this possible disruption will be the dominant player in the next 15 years,” Victor says. To calm the chaos, Victor says it’s still all talk.

Nothing has yet happened to cause significant distress. “But if you look at disrupted industries, the senior executives were sitting in their comfortable chairs and thinking that it’s all talk. When it comes, it will come,” he notes.

“I wonder, five years down the road when we look back, will we be like one of those complacent executives who said, ‘Nothing has happened yet,’ because when it comes, we are all gone.”

Despite the uneasiness, which seems prevalent in today’s climate, there is still a demand for cars, especially luxury cars. And big lavish showrooms are still being built to show off these fabulous vehicles.

“We still have many person-to-person interactions during the car purchase process,” Victor confirms. “In the high-tax markets like Singapore, Vietnam and Malaysia, where you typically pay up to a few million dollars for a luxury car, the quantum you need to spend on a car is so large that you do feel uncomfortable making such a purchase online.”

To further serve its luxury segment, Wearnes has recently opened an eight-storey automotive centre. Workshops occupy most of the building and on level eight, the company offers storage for all supercars. “It’s a one of its kind in Asia,” Victor enthuses.

“We are well positioned as the go-to guys for people looking to buy luxury cars such as Bentley, Aston Martin or Bugatti.

“I think all this new hardware and the new facility will further entrench our position. I see us continuing to grow and being recognised as the place to buy performance luxury cars.”

On the other hand, with brands such as Volvo, Jaguar, Land Rover and Renault, Victor believes the business will have to continue to grow its market share to drive volume against fierce competitors including Mercedes-Benz and BMW.

“We are well positioned for growth, but there will be short-term challenges, especially in a market like Singapore, where it’s so government-controlled.” Victor works closely with Aston Martin, Bentley and Bugatti. “Wearnes is the oldest Bentley dealer outside of the UK,” he says.

“We have been with Bentley for nearly 100 years, and we’ve been with Jaguar since 1974. The manufacturers are our key partners. These relationships, which go back many years, have to be nurtured, not just by me, but by generations of leaders at Wearnes. Without them, we have no business.”