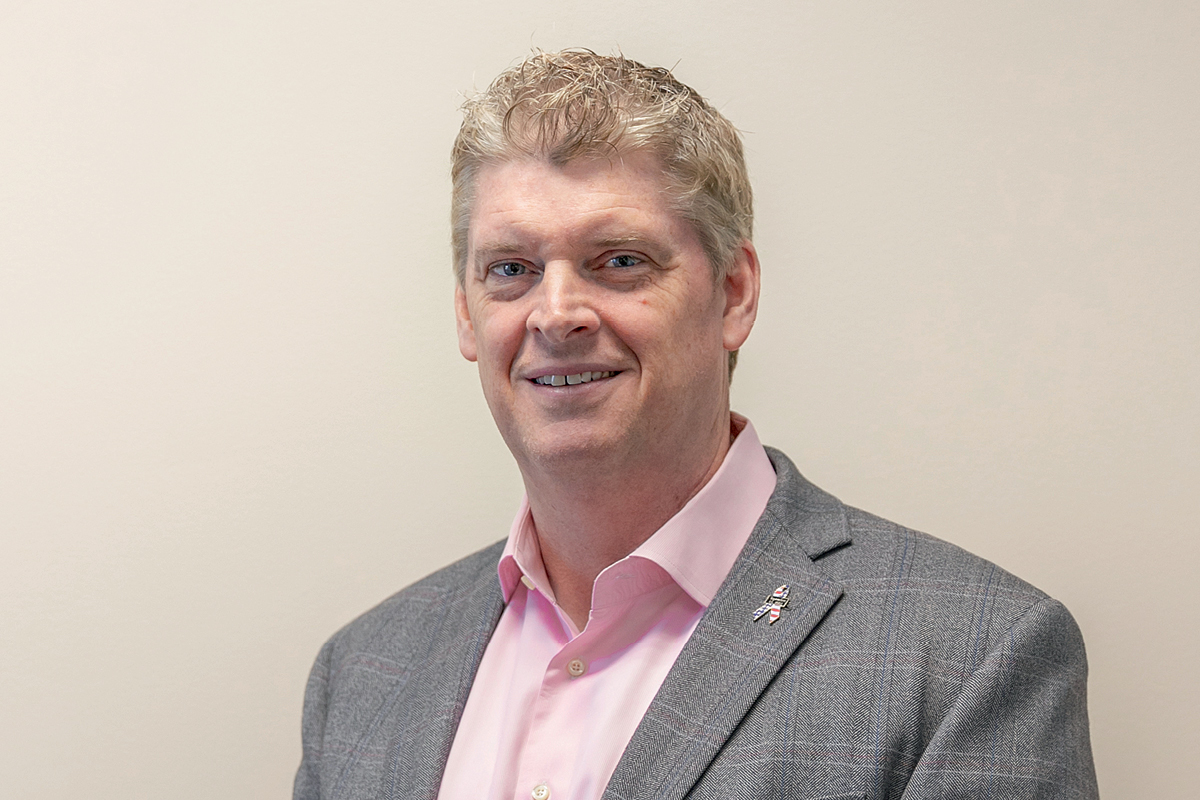 You might say the timing was right for Mike Duffy to become CEO. He was looking for his next career challenge, and Rick Cohen – still Executive Chairman of C&S Wholesale Grocers and the third-generation Cohen family member to lead the company – was looking for a successor.

“For me, it was an opportunity to be part of a 100-year-old company and market leader,” Mike says. “It was a chance to learn from Rick because he’s been a supply-chain pioneer and innovator his entire career. Hopefully, I can continue his legacy while, at the same time, provide leadership to an industry that’s changing from all perspectives.”

C&S Wholesale Grocers, based in Keene, New Hampshire, is the largest grocery wholesaler in the United States, based on revenue.

It was founded in 1918 by Israel Cohen and Abraham Siegel as a small distribution center and now supplies more than 140,000 different products to around 14,000 independent supermarkets, chain stores, military bases and institutions within the US.

Mike’s first goal as a leader was to get to know his people and begin building trust. It took him a full 30 days, but when he started he visited three locations and went to every office and cubicle, meeting around 1,100 members of staff to introduce himself and learn what each person did.

“I wanted to help them put a face to my name and ask any questions they might have,” he explains.

Within the first six months of his role, Mike also individually interviewed the company’s top 100 leaders to understand the things C&S needed to preserve, as well as the top three things it needed to change.

“I wanted to get to know these people and exchange advice,” he says.

In addition, he visited around 90% of the business warehouses and all the field sales offices to learn how decisions are made, how work is done and how he could help staff be more effective in their jobs.

“I had to get out there and start breaking down walls to build trust,” he reflects. Since then, Mike has kept up regular communication with his team. “I do a weekly video: it’s one-minute long and on my phone,” he explains. 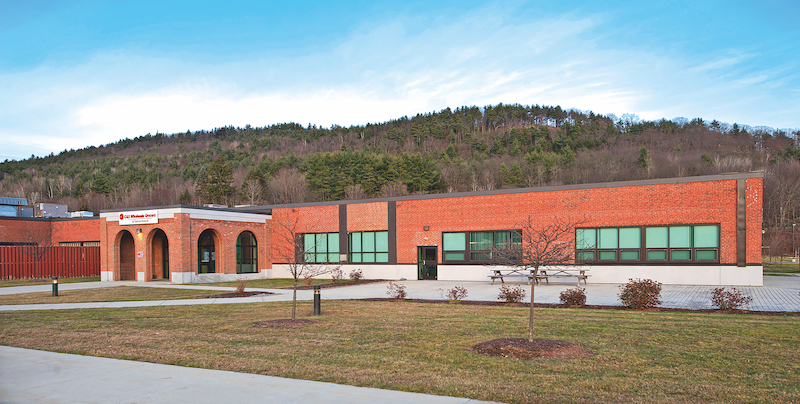 “I had to get out there to get to know people and start breaking down walls to build trust.”

“I try to bring our values to life with examples through storytelling. If I’m at a field warehouse or office, I’ll grab the office manager or somebody from the distribution center to give me examples of how they’re bringing the values to life locally. I go out to the field often; I probably visit six to eight, sometimes 10, locations per quarter.

“When I’m there, I walk the floor; I engage with employees and they tell me how they feel. Then I do mini reviews and discuss what I can do to help people do their job better. The video helps because it disarms people and makes me, as the CEO, more real. It’s not scripted so if I fumble through a word, I fumble through a word. However, it makes me more approachable when I’m out in the field.”

One of Mike’s first jobs was at a manufacturing plant, which makes him appreciate what people on the floor go through. “They’re the heart and soul of the organization,” he states.

“They are the last to touch the product before it gets to the customer. They have an incredibly important role, and I don’t think people appreciate what they do, day in and day out.”

Mike is all about empowering his employees, but that doesn’t mean he’s lax. He drives accountability with discipline. “I learned from a previous boss the importance of process, priorities and having the discipline to do what you say, practice the company’s core values and deliver on your commitments.”

C&S takes its core values seriously, with Mike calling them “the glue of the organization” and “a guide to how we work and how we lead”.

The company has five: work as one team, every person matters, be tenacious in fulfilling commitments, challenge the status quo, and continuously make the work environment and communities better.

“I strongly believe culture creates competitive advantage and determines how well a company executes on its strategy,” Mike states. 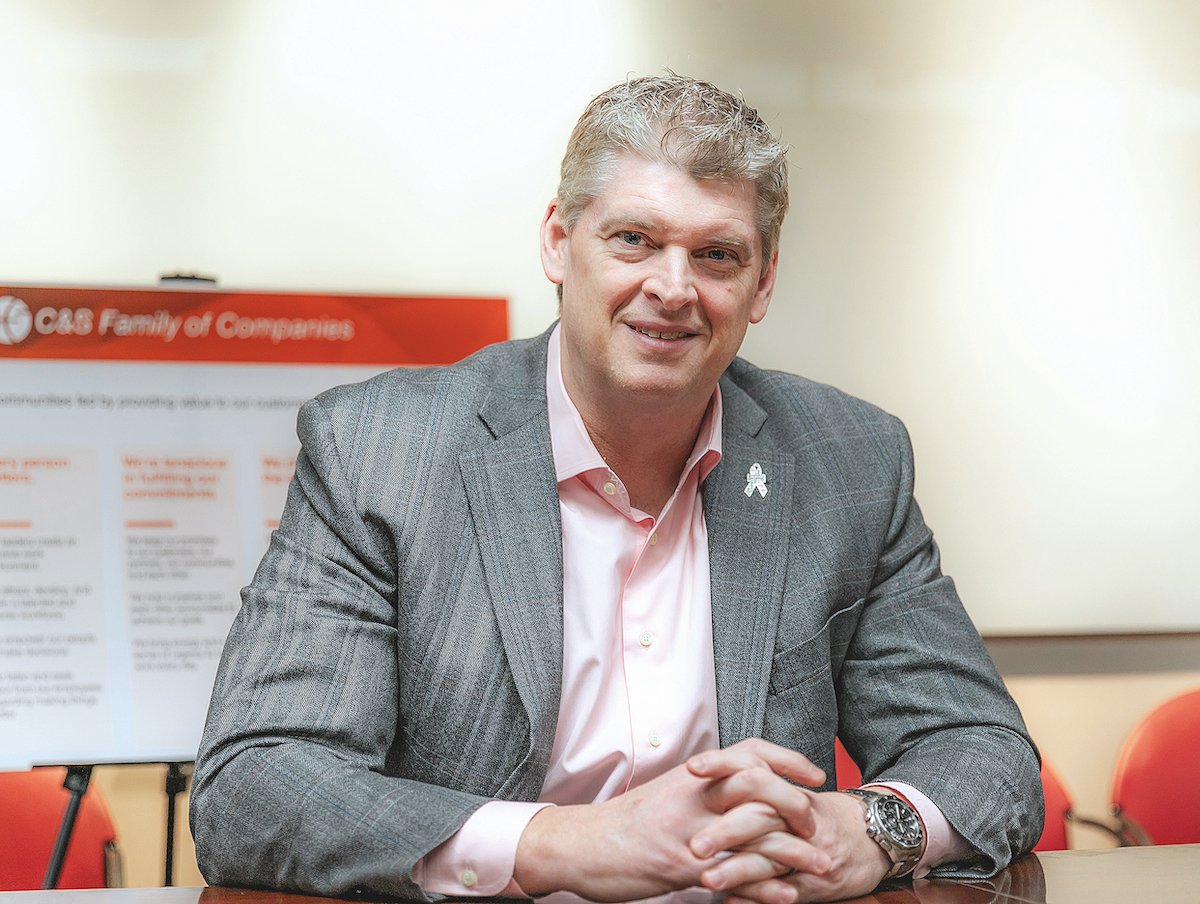 “Culture creates competitive advantage and determines how well a company executes on its strategy.”

“We focus on culture every day. As an example, we’ve integrated our values into our recruiting and hiring processes, our training and development courses, our performance management system and our recognition programs. We try to apply the same rigor to improving our organization’s health and culture as we do to our business performance.”

When Mike asked the company’s leaders how they would describe the culture, they came up with four terms: dedicated, passionate, customer-focused and innovative. “Our employees have a can-do attitude, and they’re dedicated to communities, to the company, to the customers and each other.”

After discussing and reflecting on the current state of affairs, it was time for Mike to create a vision and a strategy for the future so the business could continue to grow.

He included many people in his initial discussions and, based on their input, developed a centennial plan. “It was our 100th anniversary last year, so we created a plan for the next 100 years,” he says. 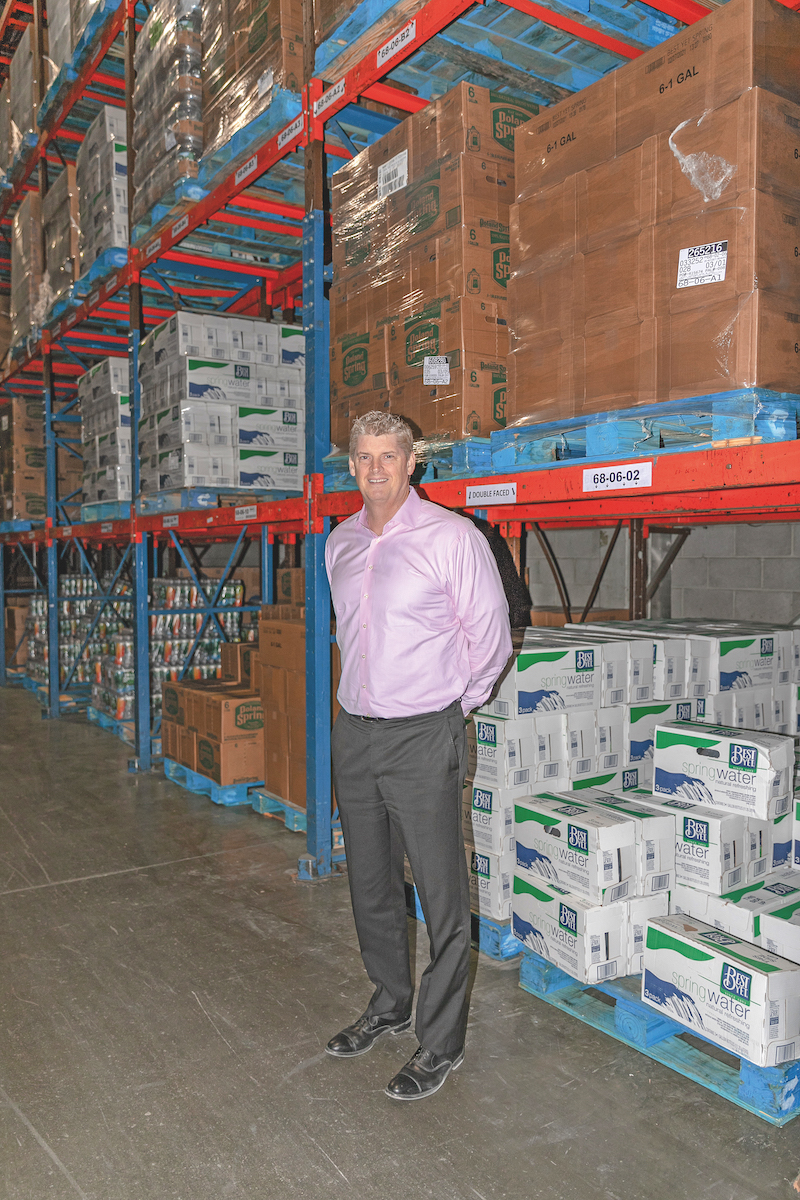 “It is a vision for the future that is aligned and inspired by the organization. It’s equally focused on the ‘how’ as much as it is on the ‘what’, because you have to do both. This plan has brought the enterprise together, which has been great.”

Though he’s seen huge success in his tenure to date, Mike has also faced two significant challenges in this role, the first being building a cohesive leadership team.

“It was important to drive cross-functional collaboration,” he says.

“I believe cultural cohesion creates a competitive advantage that needs to start at the top. Because if the top doesn’t demonstrate the company’s behaviors and values, then the balance of the organization won’t either.”

The second challenge is the continuous need to help connect his employees to C&S’s purpose.

“It’s about articulating why they should care about the work they are doing,” Mike explains.

“I believe by helping employees understand the reason behind things, they’ll view what they’re doing through a larger lens and be able to draw inspiration from it.”

Innovation is one of the elements woven into the company’s purpose and, since customers’ needs and expectations are continually changing, C&S must reinvent itself constantly. “The entire consumer ecosystem is changing faster than ever before and the competition is getting tougher,” Mike admits.

“Our 100-year history is an incredible source of pride for the organization, but we can’t let it hinder change. We look to draw on innovation constantly; it’s part of our purpose. And I don’t just mean the big-bang stuff, but also the day-to-day and how we can make processes better,” he says.

“We look to draw on innovation constantly.”

“As a company, we’re continuously challenging the status quo and finding ways to satisfy our customers and meet their expectations better. We’re increasing organization speed without sacrificing quality or performance.

“There are also the bigger innovation opportunities in terms of technology, for example, robotics. We’re investing in state-of-the-art warehouse automation solutions to drive productivity and improve the overall customer experience.”

Another one of the company’s core values is actively supporting causes that positively impact the community. Mike says Chairman and former CEO Rick Cohen has always believed in supporting the communities that C&S works in. “The company is a leadership partner for Feeding America, which is the nation’s largest domestic hunger-relief organization and is able to reach more than 46 million Americans,” he explains proudly.

“Another campaign we work closely with, and have been supporting since 2008, is Share Our Strength’s No Kid Hungry, which aims to end child hunger in the United States. I’ve done work with library and educational systems in the past and found if kids are hungry, it impacts their ability to learn.”

Keeping people in communities fed and providing value to customers through innovation and scale is the soul of the organization. “It’s who we are, and it guides and inspires our everyday actions,” Mike states.

“You see it not only in our offices but also out in the field. I think it’s powerful because it’s a purpose that has stood the test of time for more than 100 years. And I think it will continue to serve as a guide, going forward.”

C&S’s purpose is: “Keeping people and our communities fed by providing value to our customers through innovation and scale.” To achieve this, the company strives to conduct business according to the following set of values:

1918 Israel Cohen and Abraham Siegel buy a brick building on Winter Street in Worcester, MA, to start their company, named C&S. With three employees, they stock and deliver 1,200 products to stores and markets.

1930 C&S moves to new premises, two times the size, after a flood destroys its stock.

1939 World War II starts. Lester Cohen, Israel’s son, serves in the air force as a B-24 navigator. Lester sees an opening in the market to work with commissaries on military bases. By 2008, C&S services 19 bases.

By the 1940s, the US sees a change in the market, as supermarkets begin to gain popularity. During this time, C&S introduces a roller system in its warehouses to streamline its processes.

1955 C&S moves to a large, 35,000-square-foot warehouse. Israel Cohen decides to give his son Lester executive responsibility for the company.

1980 C&S becomes known for its philanthropy, partnering with America’s Second Harvest (now known as Feeding America) to donate food to millions in need.

2013 and 2014 C&S enters the largest wholesale grocery outsourcing agreement the industry has ever seen with BI-LO and Winn-Dixie, and the company’s expansion reaches Florida, Louisiana and Alabama.

With a winning bid at a bankruptcy auction to buy assets from Associated Wholesalers, Inc, C&S also expands its customer base to Pennsylvania, New Jersey and New York. Another purchase takes the company into Houston, TX.

As of 2018, C&S is number 10 on Forbes’ list of America’s Largest Private Companies. 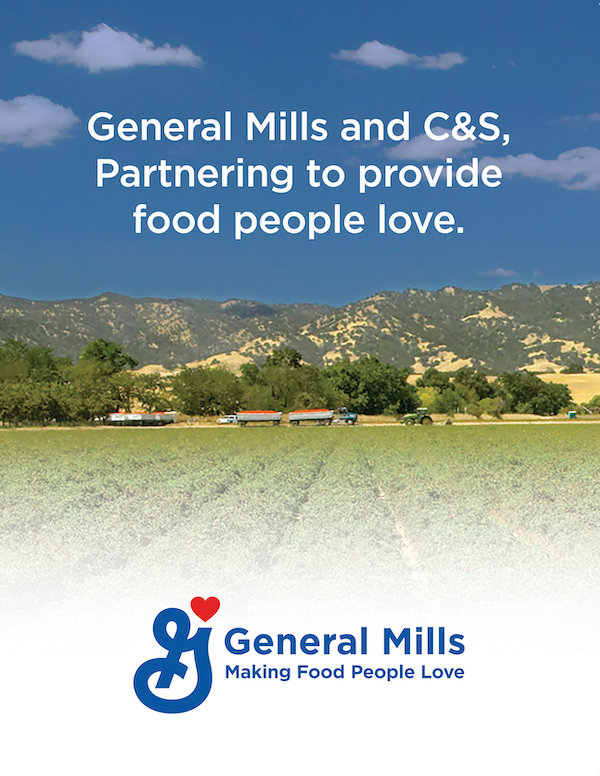 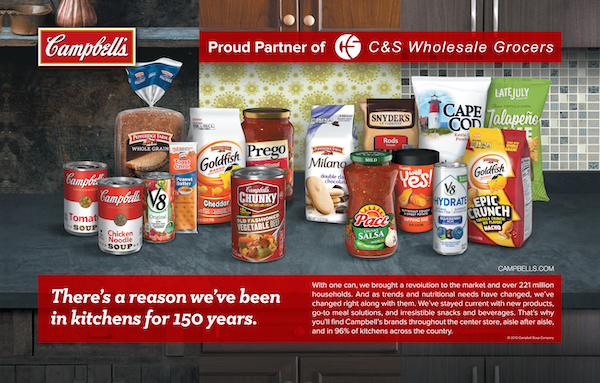 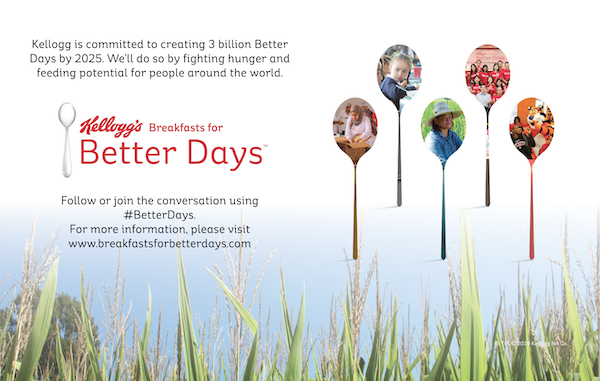 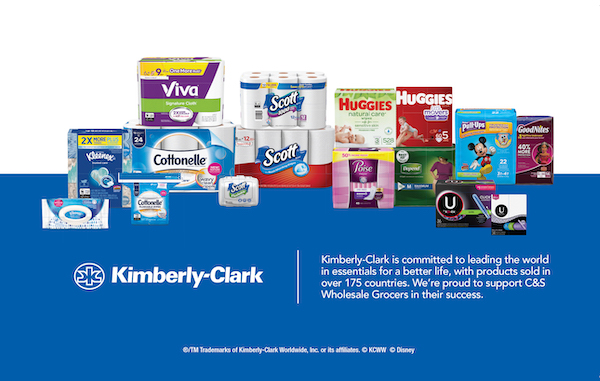 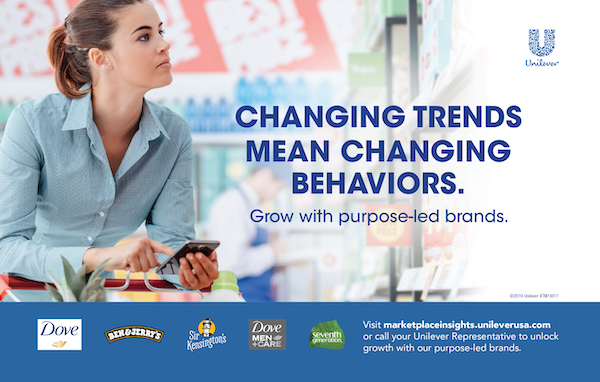 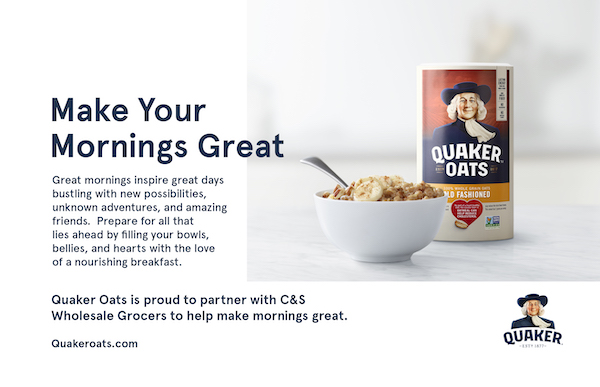 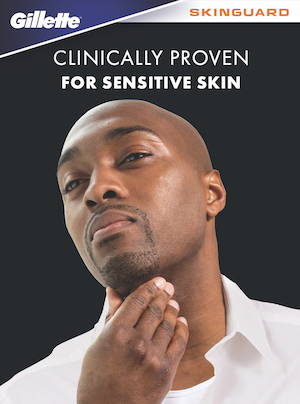 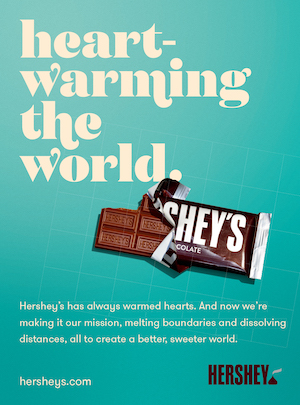