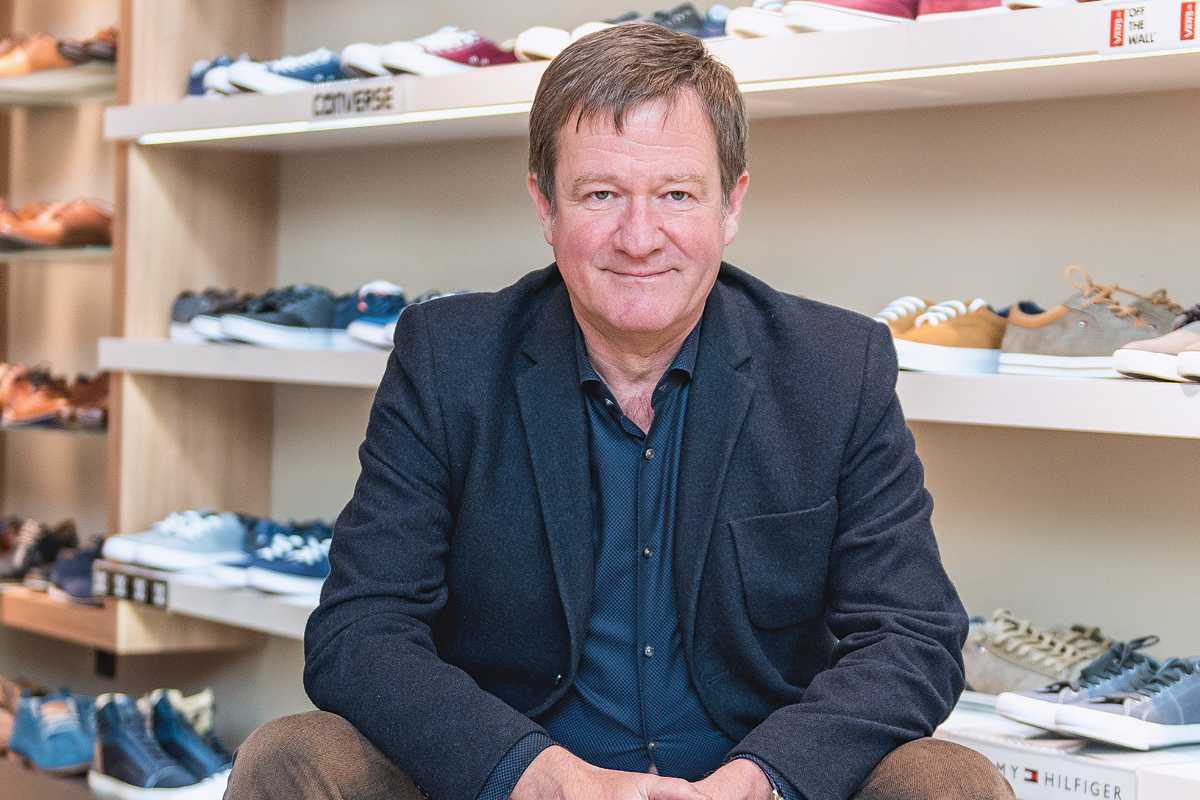 It is often said that the first generation makes the money, the second spends it and the third blows it. Clearly Schoenen Torfs has paid no heed to this adage, as the 70-year-old family-owned shoe company continues to flourish.

CEO Wouter Torfs is a third-generation family member working alongside two from the fourth-generation, marketing manager Lise Conix, and assistant outlet manager Alexander Torfs, to expand and digitalise the Belgian company while retaining the personalised service it is famous for.

Since taking over the helm nearly 30 years ago, Wouter has tripled the number of stores to 75, relocating dozens from city centres to the outskirts, doubled staff numbers and increased turnover from €9 million to an impressive €146 million. With the help of his previous marketing director, his cousin Barbara, a strong digital presence was created, along with a consumer magazine, one of the first among Belgian retailers.

In fact, the only aspect of the business that remains unchanged is the company’s commitment to service and loyalty to staff. It’s a dedication that has earned Torfs Great Place to Work and Best Shoe Retailer awards multiple times, not forgetting the Lifetime Achievement Award presented to Wouter last year by the Flanders Chamber of Commerce and Industry (Voka), or the fact they’ve been named as a Best Employer in Belgium 10 times.

It comes as a surprise when Wouter reveals it was never his dream to work for the family company, founded in 1948 by his grandparents, Louis and Jeanne. Instead, he had his eye on a more independent career in law and completed a three-year internship before choosing to join the family company as an assistant to general management in 1986.

“It was just a small family business of about 25 stores run by my father, his brother and brother-in-law,” he remembers. “I had no preparation or training to take over the company, I had a lot to learn.”

Four years later, Wouter stepped up as CEO, ready to tackle the challenge of moving stores out of town to larger premises where access and parking was easier and Sunday trading allowed. It was a risky concept, challenging Torfs’ employees to still engage their customers on a personal level while working in much bigger stores measuring up to 1,000 square metres.

“Retail in Belgium was traditionally located in city centres in quite small shops,” he explains. “But we looked for land opportunities where we could expand about 30 of our smaller stores into larger premises out of town. We did it over the course of a decade, up to 2010.

“At first, we thought selling in a larger space was all about self-service, the customer searching for his own product. But we realised that wasn’t the case, so we had to develop a whole new strategy to suit the larger store while still offering the attention our customers expect. In the end, it has been maintaining that high level of service that has given us the edge over competitors.”

The company’s exceptional customer care stems from its strong family culture, which is still very much the essence of the business. In fact, Wouter strongly believes the company’s people-centric mindset is embedded in the family’s DNA, a legacy passed on by his grandparents who were renowned for their friendliness, not only to customers but also their staff, who were often invited home for dinner.

“We are very proactive when it comes to the happiness of our employees, because happy employees result in happy customers.”

It’s not uncommon for Wouter to detour into a store en route to work at Torfs at the industrial park in Saint-Nicolas in east Flanders, just to say hello. Recruiters, meanwhile, are asked to ‘hire the smile’, and management encouraged to manage on the shop floor, not from behind their desks. “We are very proactive when it comes to the happiness of our employees, because happy employees result in happy customers,” Wouter says.

“It is not easy to find and retain the right people in retail, but with our reputation for looking after the wellbeing of our teams, we attract them. It’s also rare for people to leave our company.”

Once new store locations were established throughout Flanders, Wouter set his sights on digital marketing.

It was 2013, perhaps a little later than many other retailers, he admits, but with a focus on surrounding himself with strong digital talent, essential when you have “zero affinity with technology”, Torfs quickly made inroads. Last year, online sales were responsible for 18% of turnover, a figure that is rapidly increasing.

Technology is also incorporated in stores with interactive touch screens enabling customers to browse products, check inventory levels and order for delivery if the product is unavailable in their particular shop.

“Of course, there are consumers who prefer to buy in bricks-and-mortar stores, just as there are those who prefer to buy online. We are expanding both concepts,” Wouter explains. “It’s important that the consumer has the same customer experience online as buying in store. We offer the same level of friendly customer care, from the first conversation, answering questions, to packing and mailing the purchase. Even sending a handwritten card or a little gift, it’s all noticed. That’s people business.”

Meanwhile, Wouter is still investing strongly in the bricks-and-mortar business, with €12 million being spent on refurbishing 20 of its stores where shoes, bags and fashion will be included in the product range. Torfs is also opening a second store in Wallonia, with plans to expand its presence in the French-speaking sector to 15 shops.

“We are well known in Flanders but not at all in the French-speaking area of Belgium, so this is a trial. We will start with two shops and then evaluate the potential.”

To capture a broader market, Torfs expanded its product range by franchising with The Athlete’s Foot. The first store opened in Waasland Shopping Centre, Saint-Nicolas, last year, followed by a second one in Eeklo’s Kruger Centre.

“Brands such as Nike and Adidas won’t work with classical shoe retailers anymore,” Wouter explains. “So, the only way we could ensure the supply of those premium brands was to open franchises of The Athlete’s Foot,” Wouter explains. “We plan to have a total of five open this year.”

Wouter has written two books, Work with Heart and Soul and The Soul is in a Shoebox. The books reflect his experiences as a leader, and share his strategies and the secrets behind the company’s success and the ideology that makes Torfs a great place to work. 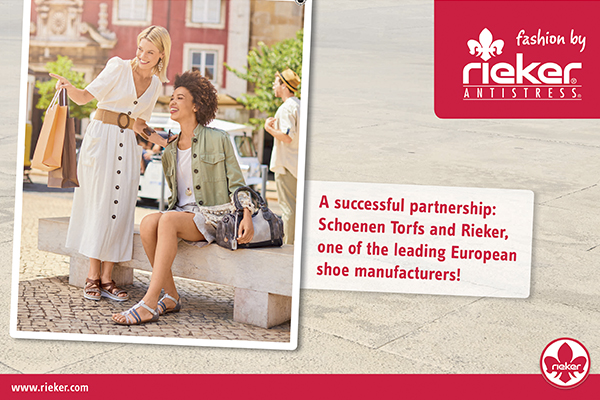 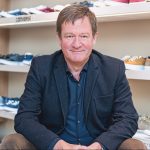