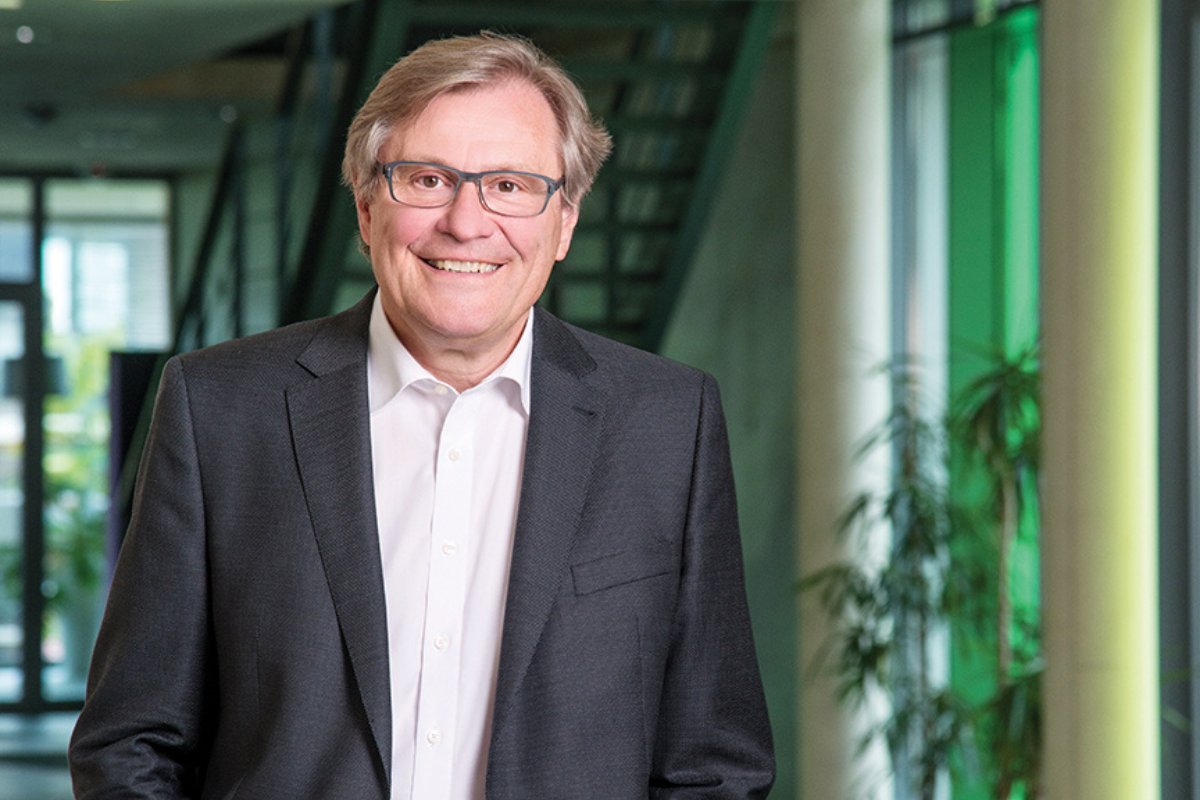 When a new pattern of internet payment fraud emerges, data-driven algorithms may take several weeks to adapt to the new threat, simply because they can only detect the pattern after it has made a discernible impact on terabytes of daily transaction data. By the time the algorithm apprehends the pattern, millions of instances of fraud may already have taken place.

“Most of our competitors use this form of data-driven AI. Know-howdriven AI, on the other hand, can be interactively fed by fraud experts with new rules tailored to catch new fraud patterns as soon as the first case comes to their attention.”

This combination of algorithms and professional know-how is what Adrian has dubbed ‘hybrid AI’, and it is the foundation of the AI solutions INFORM has designed to improve operations in manufacturing, logistics, supply chain, inventory and workforce management as well as fighting fraud.

“Hybrid AI is vastly superior to any other kind of AI, and we are one of the few companies in the world deploying it,” he explains.

In addition to preventing fraud, INFORM’s products have been instrumental in reducing departure delays at the Hartsfield–Jackson Atlanta International Airport for Delta Airlines, in optimising the movement of containers at the HHLA Container Terminal Altenwerder in Hamburg, and in managing global supply chains for major automotive companies.

I personally embrace diversity because having different methodologies being applied in different divisions allows us to have best practices emerge over time.

In Australia, the company optimised 40% of all deliveries of ready-mix concrete to its end customers by optimising its vehicle fleet dispatch. The company also devised new shift schedules to optimise workforce productivity at Lufthansa Technik in Hamburg. These are just a few of the ways in which INFORM has served its more than 1,000 clients in 40 countries using hybrid AI.

Adrian joined INFORM as CEO in 1986 after stints at Daimler in Germany and Hills Industries in Australia. Under his leadership, the company has grown from a workforce of just five people to 900, and he has managed that growth by harnessing the lessons he picked up at his previous jobs. 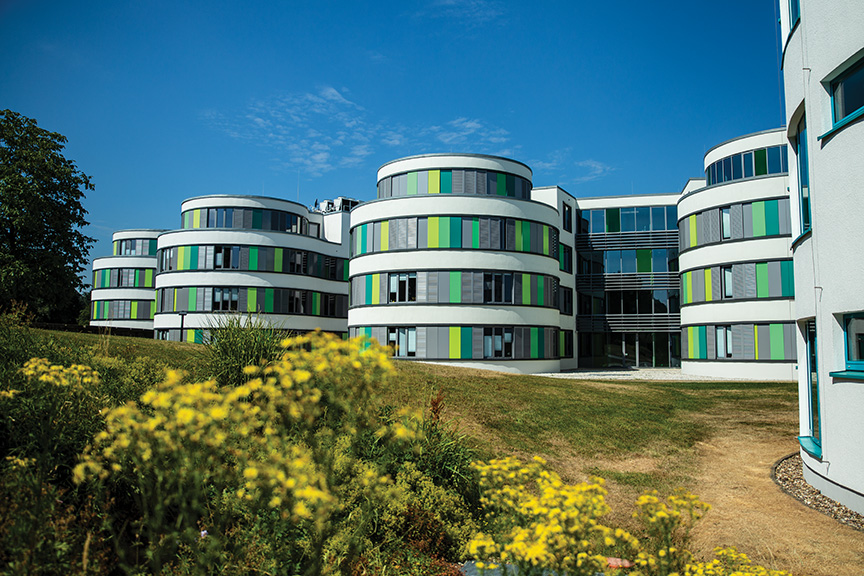 “Australian companies are very egalitarian, and they have a mate-based, team-like corporate culture, which I found very intriguing at the time,” he recalls. “So, when I came back to Germany, I decided to implement this kind of corporate culture at INFORM, and this is really my main contribution.”

Another major contribution was Adrian’s decision to focus exclusively on AI solutions for business operations for manufacturing companies, logistics companies, retail, airlines, ports – not for consumer electronics or for the public sector.

This has enabled INFORM to offer turnkey solutions by incorporating not only IT systems, but also consulting services for clients.

“That sets us apart from many competitors, specifically newer startups that deliver fantastic algorithms, albeit not hybrid AI ones, but conventional AI ones. But those fantastic algorithms don’t do any good unless they are embedded in the corporate culture and in the organisation of the customer,” Adrian says.

“Therefore, I had INFORM offering consulting services right from the start, and those consulting and project management services allow us to take the knowledge we gather from working in certain industries and apply it to perfect the AI algorithms for that industry. This is more valuable to the customer than just the algorithm or the software.”

INFORM was established in 1969. Since 1985, the company has had more than 30 years of double-digit growth and annual revenues exceeding €90 million. Profits are consistently reinvested into substantial R&D, including incremental system innovations as well as visionary new products. The company has an internal ownership structure including the founder, directors and long-term employees.

It’s a strategy that has helped INFORM achieve an average annual growth rate of 18% over the past 35 years and expand across the world. In addition to serving clients in 40 countries and employing people of more than 30 nationalities, it also has subsidiaries in Atlanta, US, and Sydney, Australia.

“18% growth may not look so great compared to some American companies that use a lot of venture capital, but we did this entirely with cashflow – there is no venture capital in the company, which is very important,” Adrian points out.

This means INFORM can concentrate on the needs of its customers rather than the needs of venture capitalists who are only investing to make a quick, profitable exit.

At INFORM, Adrian has set up a vertical, industry-focused organisational structure with seven autonomous business divisions. This ensures that the company’s staff amass industry sector know-how over the years, which becomes incorporated into its software. 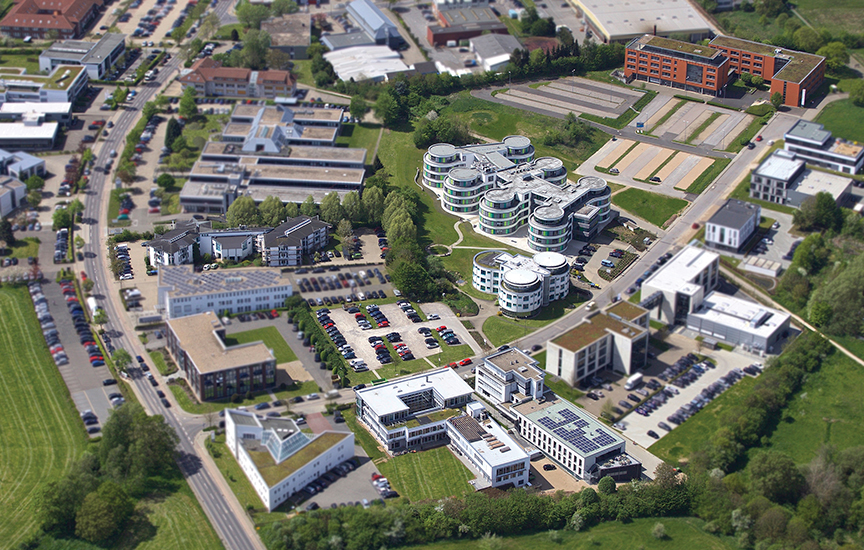 “This way, we are a large and growing company but, at the same time, we have the feel of several much smaller companies doing their business rather independently. That helps both our customers and our employees in their daily work and their daily lives,” he says.

Within this structure, Adrian promotes the value of diversity. He encourages each division to deploy a slightly different operational methodology regarding sales, software development, project management and internal organisation in order to serve each division’s particular market.

Promoting diversity means trust over control – giving employees broad responsibilities and the freedom to execute them the best ways they see fit.

“This empowers our people to engage directly with the customers without the constraints of cumbersome reporting lines to superiors. This kind of work unleashes creativity, it attracts top talent, and it incentivises those people to stay with the company for a long time despite competitors trying to lure our people away all the time,” Adrian says.

As such, he shies away from being characterised as a visionary CEO, preferring to be known as a facilitator for employees to fulfil their own visions of a successful work life. “I personally embrace diversity because having different methodologies being applied in different divisions allows us to have best practices emerge over time,” Adrian explains.

“It’s a strategy that is emulating the evolution nature has undergone over millions of years.”