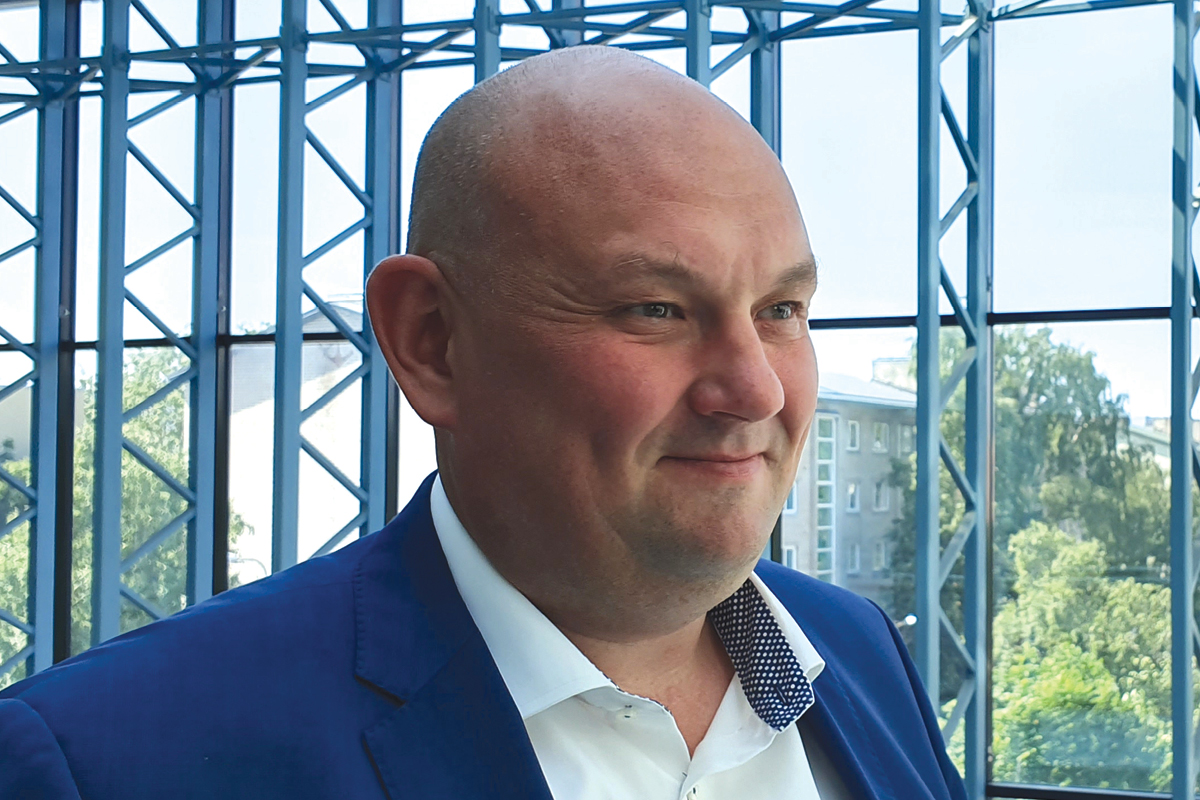 Omniva may have its roots as Estonia’s first national postal service, but its postmen have few parcels to deliver these days. Its branches are also looking rather empty – so empty, in fact, that the firm has started closing them down. CEO Ansi Arumeel says, “We have been restructuring the company, reducing the number of outlets or the points where we serve our customers.”

Far from being fazed by this development, the firm is delighted. That’s because it is a testament to the success of its transformation to automated processes. A big part of this automation has been focused on automated parcel lockers, which the company began deploying en masse in Estonia, Latvia and Lithuania a few years ago.

Following rapid expansion in 2018, Omniva now has some 250 parcel lockers in Estonia, placed in convenient locations voted on by more than 15,000 residents. When a customer opts to receive a delivery at a locker near home, they are given a one-off door code by either SMS or email once the parcel is ready for collection. The customer simply has to type in the door code at the selected parcel locker to open it and retrieve their packet.

A key factor in the lockers’ popularity is the flexibility they offer. Customers are no longer tied to the opening times of the post office; nor do they need to ensure they are at home to receive the courier. Using automated parcel lockers means they can receive their deliveries whenever they like.

Ansi says, “Customer satisfaction with these automated parcel lockers is very high. In a survey we conducted, more than 80% said that they definitely prefer this delivery channel.”

Until April this year, delivery to parcel terminals was a solution only available to domestic parcels. But encouraged by the initial success, Omniva is now working on offering the service for shipments from overseas as well.

Automated solutions are not new to Omniva. In mid-2017, the company trialled a fleet of eight delivery robots. Made by Starship Technologies, the robots were transported by a Mercedes-Benz van, which served as a loading hub, to a suburb in Tallinn.

The driver of the van didn’t have to approach each home; the robots took the parcels the final stretch to their destinations. Ansi believes that embracing innovation is what has allowed Omniva to survive. 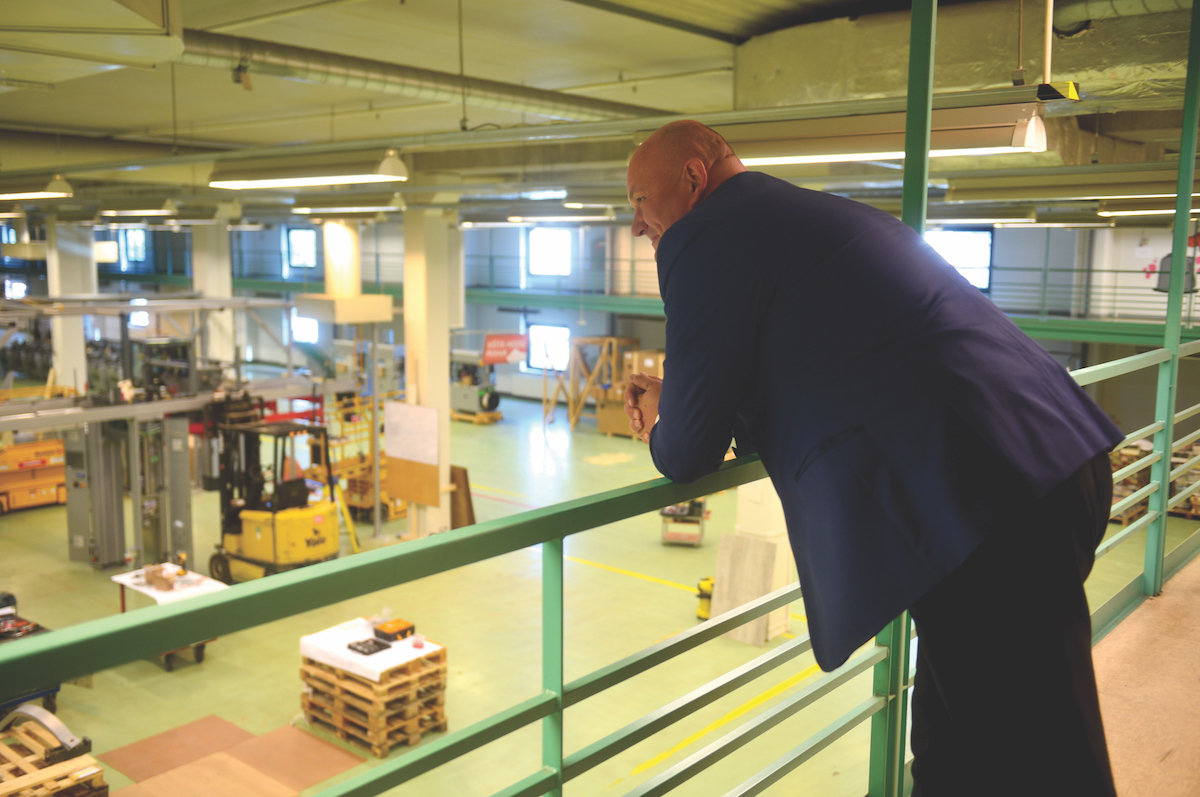 “Estonia has digitalised so much that the demand for traditional postal services has declined,” he admits. “And if demand is declining, we do not want to go down with the market. Change requires a great deal of openness, but it’s a trait that’s built into our culture. We are always ready to change, constantly changing, and proactively looking for new opportunities,” he adds.

As part of its move to embrace change, the company established two subsidiaries, Post11 and Maksekeskus. The former specialises in providing shipping solutions for e-retailers while the latter is a payment platform that allows online shop owners to integrate several different payment methods from multiple banks into their shop with a single sign-up.

“Both companies began as start-ups. We built them from zero and now they are both extremely successful,” Ansi says proudly. “Growing these two start-ups has been a very exciting journey. We have managed to identify opportunities within ecommerce and have captured some of these opportunities and turned them into businesses.

“Three-quarters of our revenue comes from ecommerce,” adds Ansi. “I see great potential for ecommerce to grow; it is the most exciting sector for the company right now.”

Despite its success in its home market, Omniva isn’t resting on its laurels. “About five years ago, we decided that only operating in the Baltic market was not enough for us,” Ansi says. “Ecommerce is global, so we decided to go global as well. Now, we are working with logistical flows between Asia and Europe.”

They may not have high-profile IPOs on the horizon or be blessed with enough funds from venture capitalists to feed a small nation, but chances are that any regular Estonian you meet on one of Tallinn’s picturesque streets is tech-savvy enough to run a Silicon Valley unicorn.

This tiny Baltic country, whose biggest claim to fame is being the birthplace of Skype, has a love affair with technology, and, in particular, the internet. It’s a love that had a dark beginning, born wholly out of necessity. When the country broke free of the USSR in 1991, it struggled to survive with a small population (and hence a small workforce), almost non-existent infrastructure and a young and inexperienced leadership.

The latter quickly realised that technology was the simplest solution for the country’s infrastructure and workforce issues. Implementation and uptake were swift. By 1997, less than a decade after the country gained independence from the USSR, 97% of schools had internet. Today, Estonians can vote online and more than 90% of them file taxes digitally. In Tallinn, free wi-fi in public areas has been available for a decade.

For an idea of the scale of Omniva’s undertaking, consider this: every week, three freighters from China land at Tallinn Airport, each carrying around 20 tonnes of mail. When peak season starts in November, the number of shipments increases to daily or even twice a day. The main destinations for these parcels are Russia, Ukraine and Belarus.

An innovative spirit may be in the fabric of Omniva’s DNA, but Ansi is convinced that it could only have blossomed the way it has because of like-minded customers. “Estonians are open to innovation and are not conservative. Our consumers seem to adapt fairly easily to new ideas, whether they involve digitalisation, ecommerce or automation.” 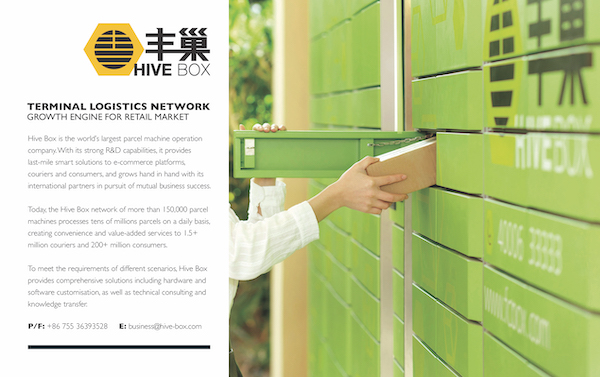 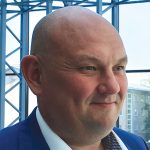