Not everyone finds their feet, or success, immediately in business. For certain people it takes multiple lessons and, often, many failures, to find the success they’re seeking in their career. Daniel Davis, CEO of Gallop Solutions and EOS® Australia, is one such individual. However, it’s his failures as much as his successes that make him the ideal person to turn fledgling organisations into business triumphs.

“I’ve owned a lot of different businesses over the years,” Daniel says, “some more successful than others.” It was when one of these ventures ran into trouble that Daniel was referred to Gallop Solutions, and after doing some training with the company, he very quickly turned his declining business around. “This experience taught me the benefits of business education,” he says.

Daniel was so impressed with his own experience, and the success he found in his business after implementing the strategies he had learned with Gallop, that he bought into the company. “Since I joined Gallop Solutions six years ago, we’ve helped around 300 companies, predominantly here in Australia,” says Daniel.
Implementing the very teachings imparted by Gallop, Daniel has also significantly grown the scope of Gallop Solutions Group to include three primary arms; Gallop Management, Gallop Accounting, and Gallop Traction. Named as an homage to the book Traction, by Gino Wickman, it’s this last branch that truly has Daniel excited. 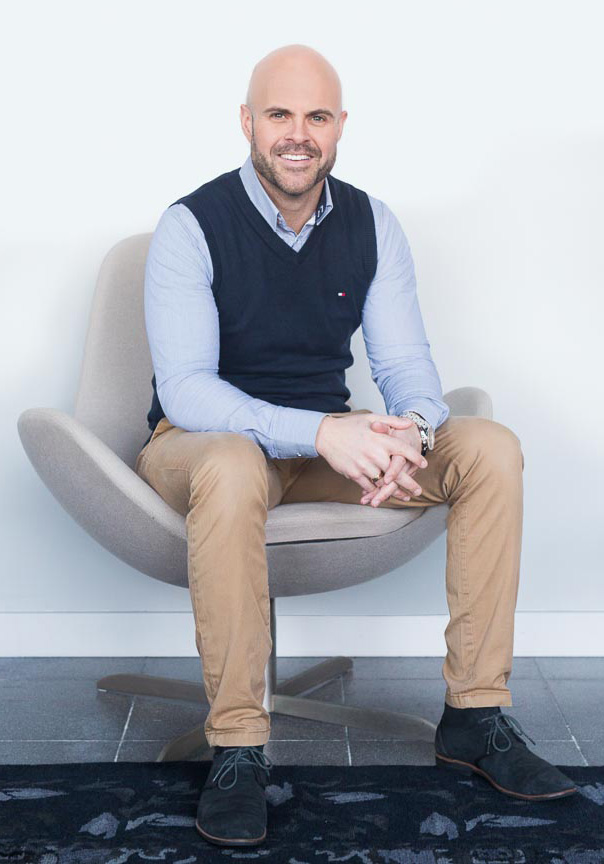 Since I joined Gallop Solutions six years ago, we’ve helped around 300 companies, predominantly here in Australia.

The members of Daniel’s Gallop Traction team help entrepreneurs to effectively implement the Entrepreneurial Operating System® (EOS). “EOS is a complete set of practical tools to help business leaders achieve their goals,” he says. “The thing that’s really unique about it, is that it’s a proven methodology that works in all different businesses and industries. With EOS we can help people in the start-up sector that are just trying to get off the ground, as well as established businesses that would otherwise hire a professional implementer. Where most operating systems only apply to a certain segment of the market, EOS is for everyone.”

Having brought EOS to Australia earlier this year, Daniel is the country’s first Certified EOS Implementer, and has recently been appointed the CEO of EOS Australia. While the operating system is new to Asia–Pacific, EOS Worldwide — the overarching brand — has a sixteen-year history, in which time it has successfully applied the ‘science of business’ to more than 16,800 companies worldwide.

“When I discovered EOS, I could immediately see how its simplicity could help clients seeking guidance with Gallop,” reflects Daniel. “So, I decided to explore it further. Over the course of a few years, I developed a close relationship with EOS Worldwide’s leadership team and realised just how aligned our views on business, leadership, and development are.”

While EOS Worldwide has grown significantly in recent years, particularly in North America, Gallop is the only organisation to deliver it in Asia–Pacific. “It’s one of my key responsibilities to grow the brand in Australia and the Asia–Pacific region more broadly, which is very exciting.

“While Gallop is the only company delivering EOS at this point in time, EOS Australia will soon be training other Implementers to operate as independents,” explains Daniel.

Having already identified various opportunities to expand both Gallop Solutions and EOS Australia, Daniel has plans for significant growth in the coming years.

“Right now we’re planning to open up in Brisbane and Melbourne in the next twelve-to-eighteen months, and in Auckland at the eighteen-month mark,” he says, adding that Australia’s East Coast and New Zealand are Gallop’s primary focus regions.

“Then we’re planning on taking the model into other areas,” he continues. “We’re planning on expanding into Asia, and there’s an opportunity to do the remainder of Australia in the next twelve-to-eighteen months through a partner.”

While observers may think that growth on this scale may be occurring at too fast a pace, Daniel is certain it’s the right path for Gallop. “The drive behind it is not for the sake of growth, but rather for the sake of servicing our clients better,” he says. “Many of our clients are now starting to expand. Australia’s just a stepping stone to going into bigger areas, like Asia, and I want to make sure that we have the support there when they’re doing that.”

Growth like this wouldn’t be possible for Gallop Solutions if the company wasn’t itself finding success, with Daniel’s leadership paying off for the company. The CEO says his theory is to make sure the people you’re working with are the right people, and the benefits will be felt throughout the entire company. It definitely comes down to the fun that I have at work — with both the employees and the clients that I work with.

“It definitely comes down to the fun that I have at work — with both the employees and the clients that I work with,” Daniel shares. “I only work with nice people — something we adopted from one of our clients. When I first heard that, it would have been four or five years ago, I thought this client was mad. Coming from a retail background where you can’t control who comes in the front door, I said, ‘Are you nuts? You can’t choose who you deal with.’”

Coming from a retail background where you can’t control who comes in the front door, I said, ‘Are you nuts? You can’t choose who you deal with.

But the client Daniel was dealing with was adamant that, not only was it possible to only deal with people you like, it made his business better. He said to Daniel, “If a person comes in and is not a nice person, or treats us rudely, we won’t deal with them. We’ll just tell them to take their business elsewhere.”

“It’s so true, I’d just never thought of it that way before,” Daniel says. “If you consider your staff family, which I do, you would never let someone disrespect your family, so why would I allow it to happen in the workplace?”

Running a company that’s quickly expanding into new markets, consisting of only employees and clients that he likes and has fun working with, puts Daniel in an enviable position of success. And he is proud of that success, citing his brand as his greatest achievement.

“We’ve got a team of really passionate people who work with us, and that’s built us into what we are today,” he says. “90% or more of our clients are referred to us, so word of mouth is everything and that’s a direct result of how we help our clients.” 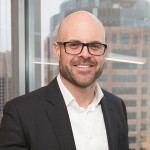