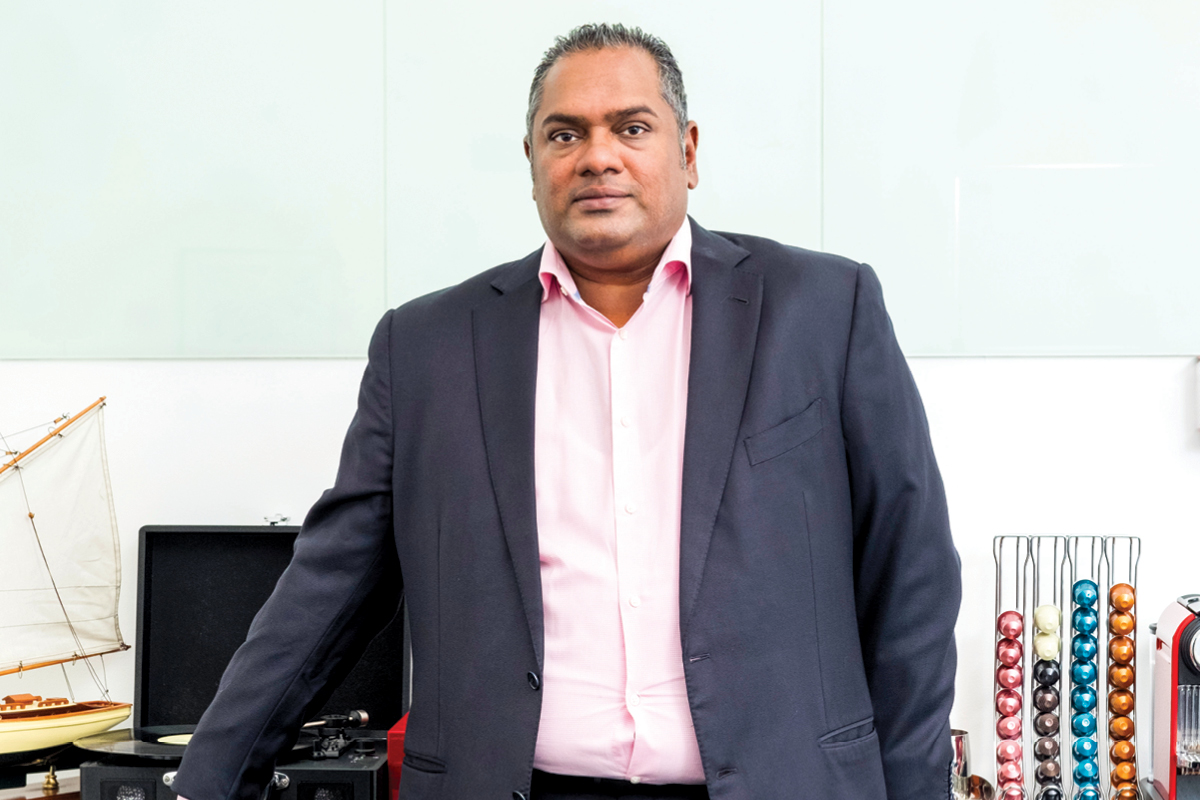 These days, it’s rare to see someone using a BlackBerry – smartphones from Apple, Samsung and Huawei are ubiquitous. But there are those who still swear by the BlackBerry, a dependable workhorse once known as the phone for professionals.

One such diehard fan is Ranjit Ebenezer, CEO of Assurant BPO Solutions. His attachment to the BlackBerry is partly personal, having been part of the team that launched its first device in 1998 but, for Ranjit, it’s still a responsive, reliable device that serves its purpose – that is, work – better than any other smartphone.

In a way, a comparison can be drawn between Assurant and BlackBerry; neither company pursues vast scale or flashy gimmicks, filling a niche in their respective markets with a no-nonsense yet innovative approach.

“We’re not a typical commodity-based BPO that weighs clients by volume or transactions,” Ranjit explains. “We’re higher up the value chain. We service organisations that want to cut their cost going into Asia by looking at their business model and at how we do business. To a certain extent, we learn their business, re-engineer it, then implement it in the Philippines.

“A lot of other BPOs are just transactionally based. They’re looking at metrics and numbers on a large scale. I stress this all the time with our clients, our employees and my team – for us, it’s not about the size of the engagement, it’s about the depth of the engagement.”

By not focusing on the scale of clients, Assurant has positioned itself in a unique niche within the business process outsourcing market. It also allows the company to offer completely customised services, tailored to clients whether they’re a three-person start-up or a company with thousands of employees.

It’s a different environment for those who might have experience with larger companies in the industry, but Ranjit says that for those who join the Assurant team, it’s an ongoing source of inspiration.

“People either take to it or they don’t,” he notes. “But the people who do take to it really get into it. It’s something they can live by, because you’re getting to know your clients and your employees. It’s no longer about being superficial.

“To put it into real-world terms, the credo is simple: you’d rather have a handful of good friends than 100 casual acquaintances.”

The inspiration for Assurant came abruptly one morning in 2011. Ranjit, then an executive for a large BPO with offices in 20-something countries, received a call at 3am. The company had run out of funds and was to be shut down.

“You’d rather have a handful of good friends than 100 casual acquaintances.”

Collectively, it was no longer profitable, with the one exception of the Philippines branch – Ranjit’s branch – which was bringing in profit. Ranjit thought about it for five minutes, called the CEO back and proposed a radical idea – that he take over the company, liability, debt and all.

From the start, Ranjit pursued Assurant’s unique, depth-over-scale strategy. Though operating in this niche has its challenges (the company doesn’t have access to huge amounts of cash or growth), Ranjit aims to maintain the unique sense of value it offers, through customisation and a complex understanding of clients’ businesses.

To do this, he relies on the people he works alongside – his clients and employees – who he regards as the foundations of Assurant’s success. This sense of camaraderie, he says, is the best part of the job.

“When you see the satisfaction they get, that’s a reward in itself,” says Ranjit. “But the key component is getting to work with people every day, interacting with them and learning from every single one of those interactions. Because you’re learning every day. There’s nothing repetitive or mechanical about the job. That’s the most fascinating and most rewarding part of the experience.”