“It’s not really a job, it’s a lifestyle”: Frank Salzano 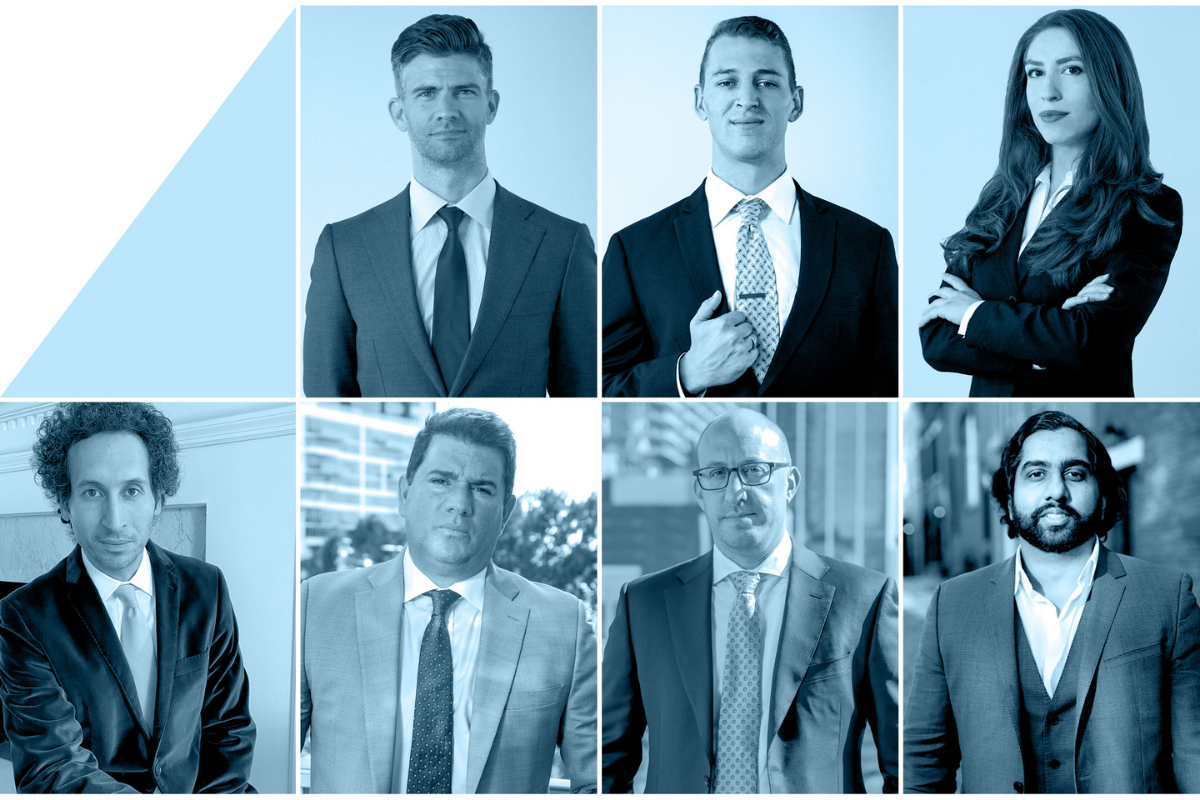 Frank Salzano describes Salzano, Lampert & Wilson (SLW), the New York-based law firm he co-founded with Jason Lampert in 2016, as “a Swiss Army knife for the 1%”. “Our clients are people who need a wide array of services,” he explains.

“Instead of having to call 10 different advisers, they want one person to guide them through the complete landscape of their career.” Like the much-loved, multi-tooled pocket knife, SLW is a multifaceted, trusted partner on call for its celebrity and ultra-high-net-worth clients whenever, wherever and for whatever reason they may need them. “Problem-solver, matchmaker, practitioner,” Frank says.

“I think you need to be all those things.” It’s not the tried-and-tested path the boy from New Jersey envisaged his career would take when he enrolled in law at Boston University, nor when he landed an associate position in New York in 2001 at the international law firm Jones Day. But, as he explains, he caught the entertainment bug on an early case against film director Woody Allen, and it would be a catalyst for all that followed.

“As opposed to in-house counsel and faceless corporations, I got to work with people again. I realized that was what I needed to be doing,” Frank says.

He decided to swap big law for a boutique entertainment firm, The McMillan Firm, before becoming a founding member of Dewey & LeBoeuf’s Entertainment, Media and Sports Practice Group in 2007, where he represented clients such as Prince, Michael Jackson and Lil’ Kim. By 2011, he was ready to go out on his own.

“I hung my own shingle without really knowing where it was going to lead,” he confesses. With Darryl McDaniels of music group RunDMC as his anchor client, Frank’s reputation soon started to spread.

In 2015, he added another tool to his already impressive set when he became a licensed National Football League agent. Soon after, he landed Ezekiel Elliott as a client, who he co-represented with friend and fellow lawyerplayer agent Jason Lampert.

“That really spearheaded the formation of SLW,” he recalls. Today, Frank and Jason, along with third partner Samuel Wilson and their small yet select team, specialize in civil and criminal litigation, intellectual property, entertainment and sports, and corporate and finance.

Problem-solver, matchmaker, practitioner. I think you need to be all those things. – Frank Salzano

“What that actually means, however, is we do crisis management, public relations strategy, deal structuring and making, dispute resolution, asset identification, or handling sensitive personal issues of a legal nature,” Frank explains.

Of course, it’s impossible for one firm to be across every issue a client may have. “If it’s an area we don’t work in, we’ll build a team. We act as the point of contact for our client’s legal needs, so they only need to make one phone call.”

This view is shared by colleague and SLW’s counsel, Asanka Pathiraja, who has recently joined the firm to expand the corporate practice. “The 21st century transactional lawyer must understand themselves as more than just a document creator and reviewer,” Asanka says.

“They must think of themselves as a counselor and problem-solver in every facet to make the life of their client easier and more robust. Further, our immense professional reach, transactional lawyers should serve as a valuable relationship conduit for the clients they serve.”

It’s a high-performance, high-expectation segment of the legal market, yet one where SLW thrives. But as a one-stop shop for their clients’ needs, Frank and his team are never off.

“It’s really a blur with no line of demarcation. You’re never off, you’re never on. It’s not really a job, it’s a lifestyle,” he says, adding that some of his clients are his best friends.

An increasingly mobile client base isn’t the only trend the firm has witnessed in the past 12 months. Jason Lampert, Co-Founder and Head of Litigation for the firm, has seen a stark increase in parties electing to resolve their disputes out of court, given the significant delays the pandemic has caused the court system. “That has resulted in an uptick in arbitrations and mediations across all sectors and industries,” he explains.

“I love what I do, and I don’t ever think of it as work.” Does the scope of the firm’s work – as well as its client base – throw up challenges in terms of recruitment? “It’s easy and it’s difficult,” Frank answers, offering up a classic lawyer response.

“If you have a clear mission and you’re true to it and yourself, I think like-minded people find you, but they have to be self-starters, highly motivated and with an aptitude to deal with the clientele we service. But, for me, the skill set is secondary to the mindset, which has to align with our ethos. Then the qualified people sort themselves out.”

It’s a sentiment that is echoed by two SLW associates. “As a former college athlete, I saw SLW as a very unique opportunity to be mentored in a sector of law – sports and entertainment – in which I had a deep interest to practice,” Brady Williamson notes.

“For me, it was the entrepreneurial ethos, a firm culture that fosters both self-governance and a true sense of partnership, and ardent dedication to clients that inspired me to join the practice,” Brooke Weinberg explains. Frank says SLW has ambitions to grow to about 15–20 lawyers across the country – but no more.

“I don’t want to get much bigger because then most of my time will be spent managing and not practicing,” he says. “I very much love the practice of what I do.” There are also plans underway to broaden the firm’s geographical presence, especially as corporations and individual clients set down roots outside of Manhattan. 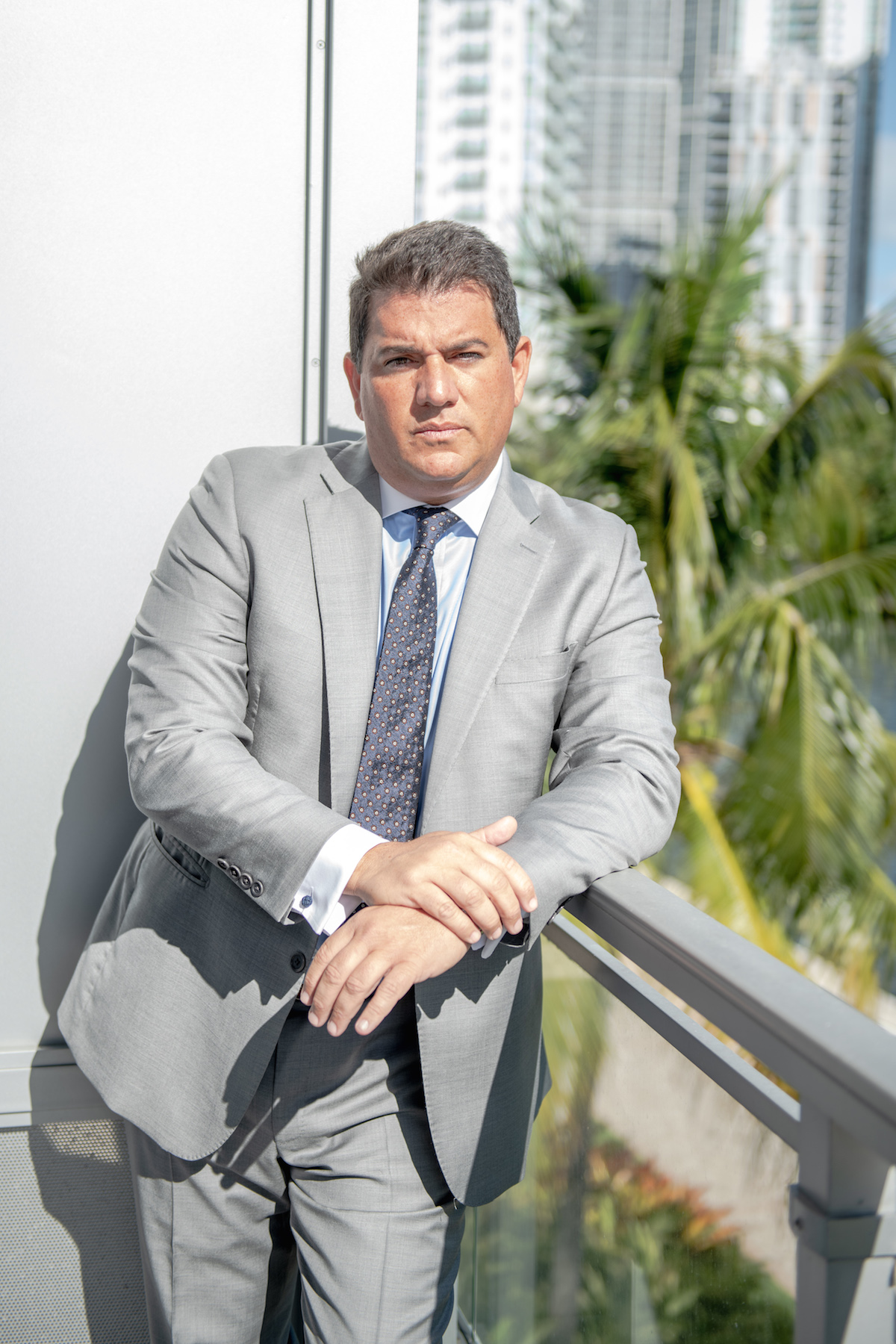 “We are grateful to have a well-established network of corporate clients and opportunities in Miami, which is growing rapidly since COVID-19,” Samuel Wilson, Partner and manager of the firm’s corporate finance department, says.

“We are also focusing our attention on building out new relationships and the potential to expand our office presence in emerging cities for startups and venture capital like Austin, Texas and others.” The nature of the firm means that business is generated through word-of-mouth recommendations.

“We’re strictly peer-to-peer referral. There’s no advertising,” Frank points out. “Generally, when a new client comes to SLW, it’s because they’re looking for someone like us. And if they are, they’re probably the type of clients we want to represent.” Having found their niche, there’s no going back for Frank, Jason, Samuel and their colleagues.

“Not to be disparaging, but a lot of big-firm lawyers have a set way and are fixed in how they approach and handle a case,” Frank says. “We reconstruct and work back from our client’s objective.” Of-counsel Efthimios Parasidis – who, like Frank, also began his career at Jones Day – agrees.

“Frank and I take a particular interest and gratification going against big law since we both started there. And while we have great respect for the quality of lawyering, it makes the victories that much sweeter,” he smiles.