There are many wonders of architecture and urban design around the world, and Darling Harbour’s new convention, exhibition and entertainment centre, ICC Sydney, is no exception.

There are many wonders of architecture and urban design around the world, and Darling Harbour’s new convention, exhibition and entertainment centre, ICC Sydney, is no exception. Urban design is an industry that sets the blueprints for civilisation as we know it. A multidisciplinary field that blends architecture, landscaping, town planning and engineering, and properly considered design shapes communities and determines the health and success of a region. The ongoing renewal of Sydney’s Darling Harbour precinct, 25 years after its last reopening, represents a feat of urban design and the opportunity to convert an already iconic area into a truly world-class space. The pinnacle project of the Darling Harbour facelift, expected to deliver $5 billion of economic benefit to New South Wales, is the construction of Australia’s largest convention, exhibition and entertainment space. The design and architecture was done by joint-venture partners HASSELL+Populous for the Darling Harbour Live consortium, comprising Lendlease, HOSTPLUS, First State Super, Capella Capital, AEG Ogden and Spotless, on behalf of the New South Wales State Government. By extending the urban fabric of Sydney, ICC Sydney is solidifying Darling Harbour’s legacy as a critical part of the city rather than a tourist destination.

“Creating that legacy is one of the most important aspects of design, which is successful in creating buildings that contribute more to the city or space than just their own specific use,” explains Glenn Scott, HASSELL Principal. “For us, every project is an opportunity to make a better place, not just for the client and users but for the whole community.” 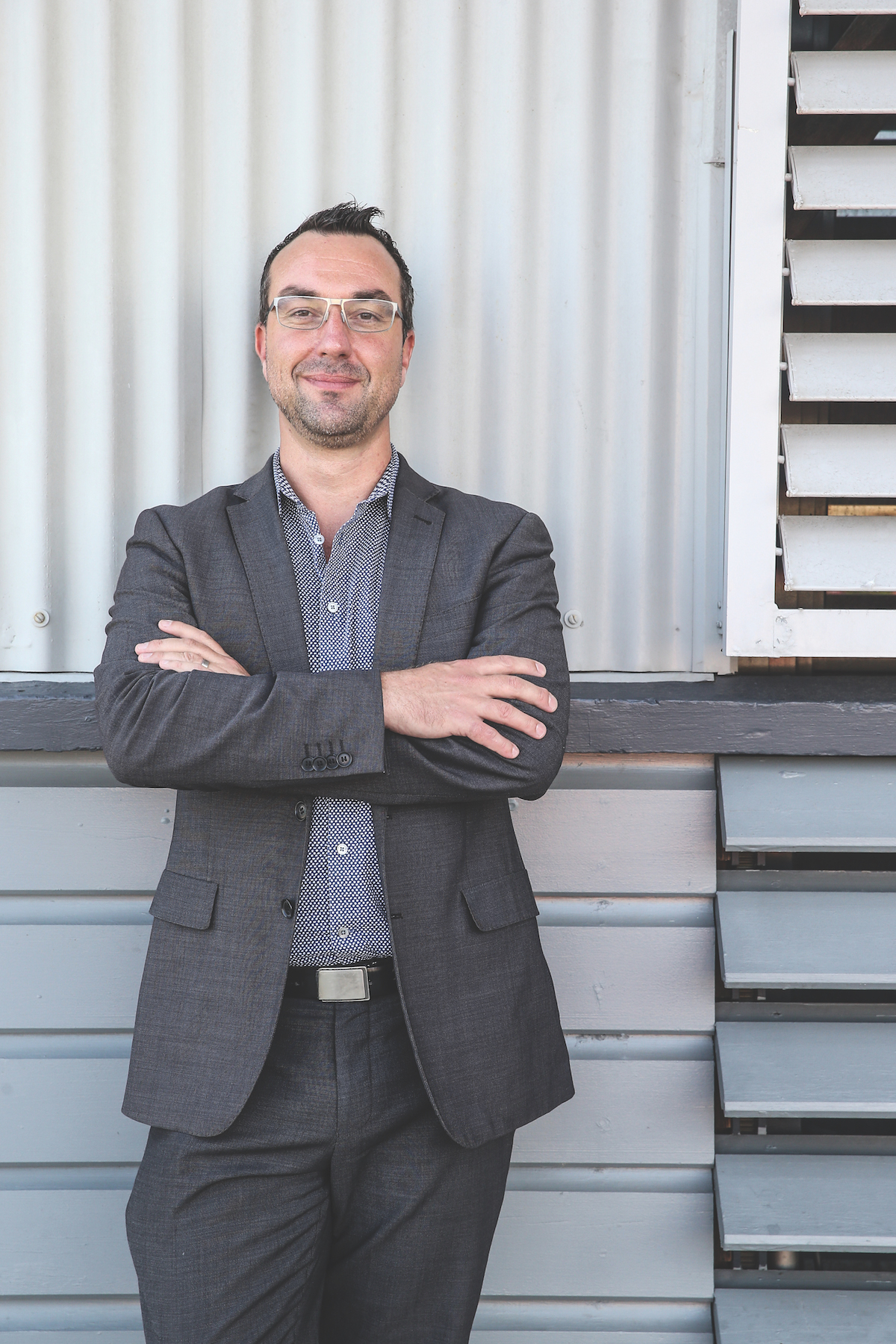 “You don’t ever imagine yourself working around such an icon of architecture. Growing up on a farm in outback New South Wales then working next to the Pyramids was an amazing transition.”

With a professional background that extends across Australia, Northern Africa, Europe, Scandinavia and Asia, Glenn has seen how awe-inspiring designs have shaped their surroundings and created a sense of enjoyment and belonging. Glenn’s interest in architecture and design can be traced back to his childhood when, despite being the son of a seventh-generation farmer in central New South Wales, he decided that his future wasn’t meant to be in agriculture. “My heart wasn’t in farming, so I decided when I was 14 that I would be an architect instead,” says Glenn. He relocated to Sydney to attend university. It was during that time that he would break into the industry early on, working on the development application for the new Sydney Olympic Stadium, followed by working on the Olympic Tennis Centre for the 2000 Olympic Games. “That is where I developed my love of that building typology,” explains Glenn.

“You create these amazing places where thousands of people come together, and it is all about having a good time and getting a little crazy supporting a team. Meanwhile, the players are living out their dreams as sports stars, so there are layers of passion, laughter and tears. They are very emotional buildings.” He has since taken part in preparing the 2020 Olympic bid for Istanbul, the Venice Football Stadium, the Tennis Centre for the Beijing Olympic Games, and many more sporting arenas and park projects across Australia.

From his farming roots he made a connection to the land, which has a large impression on his career. This connection took him across the world working on amazing landscape architecture projects, the most remarkable being alongside the Pyramids of Giza in Egypt as part of works for the new Grand Egyptian Museum. “You don’t ever imagine yourself working around such an icon of architecture. Growing up on a farm in outback New South Wales and then working next to the Pyramids was an amazing transition,” says Glenn.

After returning to Australia, Glenn played a key role in one of his favourite projects to date: the redevelopment of Redfern Park for the City of Sydney. 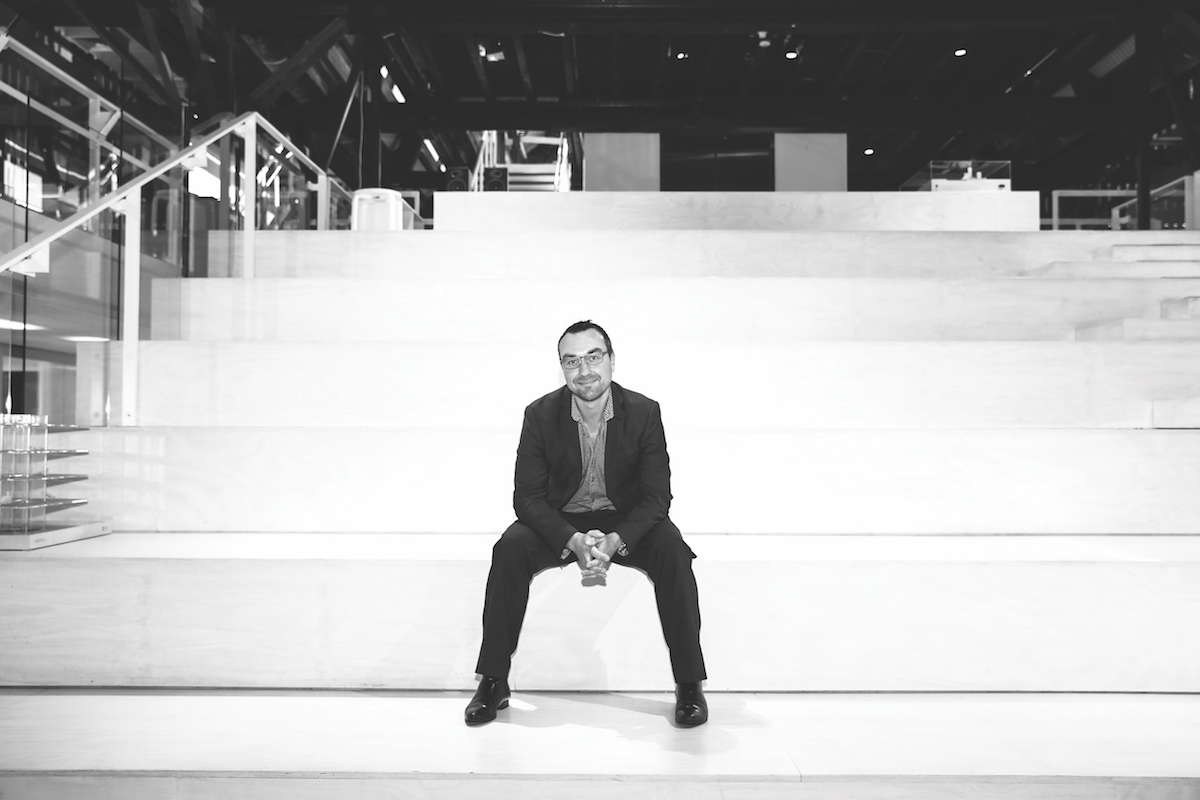 “The Darling Harbour redevelopment is so momentous, it’s hard to compare it with anything. We made sure that Sydney, its harbour and its environment is a big part of the experience.” – Glenn Scott.

“I really enjoyed that project because it made such a difference in the centre of that community. We started with wrecked cars and barbed wire fences, but we cleaned that up and re-presented it as a community-focused space,” Glenn says. “People immediately embraced this new parkland that was safe, fun, and inclusive. It meant families could have parties there, people could use the basketball courts or skate parks, and kids could come and watch the Rabbitohs train on the field. That is what I love about design, and what I am very proud of — you see that you can make a difference,” adds Glenn. He then moved on to HASSELL, originally to help grow the sport and entertainment arm of the business.
From the Redfern project in 2007 to having just completed the Darling Harbour redevelopment at the end of 2016, Glenn says he has never completed anything so complex and so significant to a city’s evolution.

“The Darling Harbour redevelopment is so momentous, it’s hard to compare it with anything. We made sure that Sydney, its harbour and its environment is a big part of the experience,” he says.

“You can’t compete against the beauty of Sydney, so we embraced it — having a new world-class convention and exhibition centre, from which you can see the entire profile of the city and the harbour from an elevated position, means many heads are turning towards Sydney as the way to rethink large inner-city venues.”