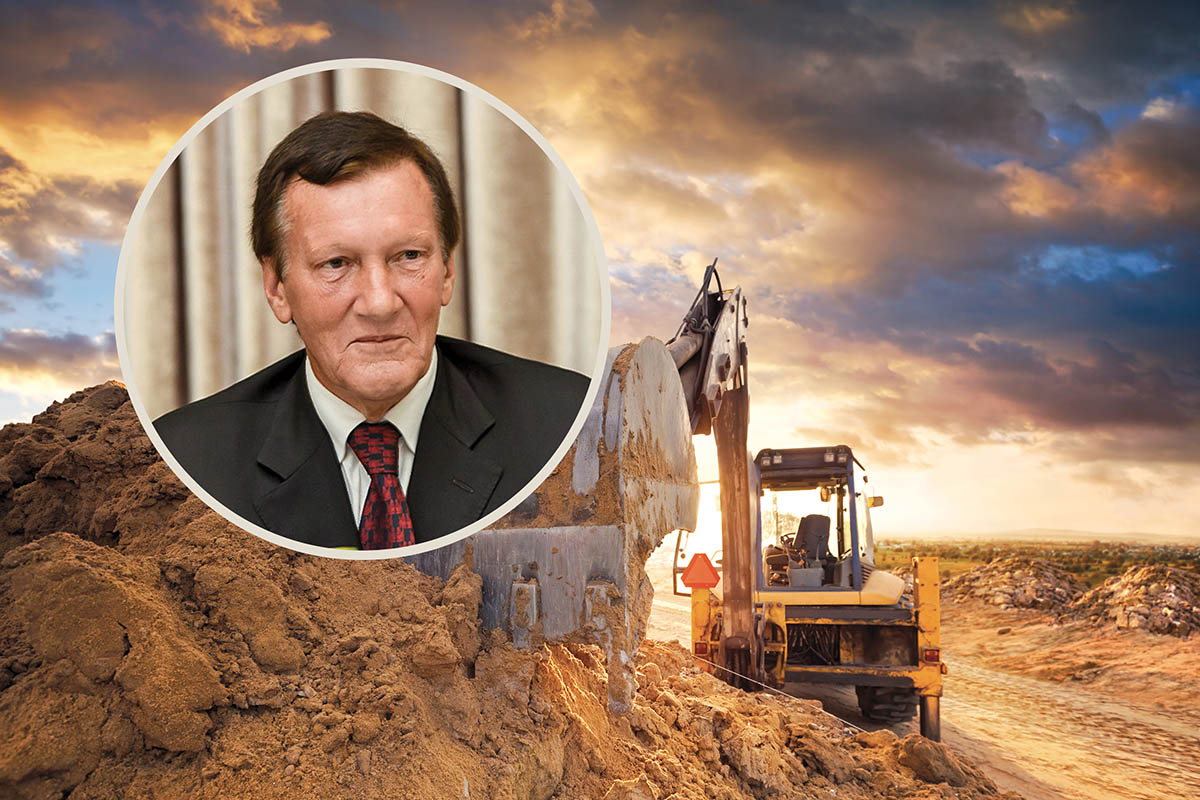 Graeme Robertson was fresh out of university and armed with a sociology degree when he decided to travel from his native country of Australia to Indonesia on a whim based on nothing more than a vague interest in the latter country’s development.

It was the 1970s and reality soon hit when he got there with Graeme quickly learning that sociology wasn’t a very marketable degree. The only employment he could find was as a lecturer at University of Indonesia for a monthly salary of US$25 (€23) and a 25-kilogram bag of rice, which staved off his physical hunger pangs but not his hunger for better opportunities.

The resourceful Graeme began to look to more business-centric activities. Eventually, he landed himself a job doing market research on the coal mining industry in Indonesia for an Australian coal company.

“I earned a few thousand dollars for the project, which was a fortune to me at the time,” he recalls. This marked the start of his serial entrepreneurship and represented a catalyst for his spirit of adventure. He plied the money into a water-treatment business in Indonesia, and then, like a modern-day Christopher Columbus, he travelled the world for the following 30 years.

During this time, he sold a new, healthier rice variety after meeting a scientist in Bangladesh, bought a resort and a railway station in Madagascar, and forayed into gold mining in Mozambique, all the while with one foot firmly in the coal industry.

Beyond his expertise in commodities and more tangible investments, he also cultivated an interest in business advisory and financial services. Since 2005, these highly diversified activities have come under the Intrasia Group, which Graeme leads as Sole Owner, Founder and Chairman.

Mighty Rice produces, markets and sells a unique strain of rice grown in Mauritius that is not genetically modified, low on the glycaemic index and has much lower traces of arsenic than is commonly found in other rice types.

AfrAsia Bank is the Group’s associated bank and makes commercial banking services available internationally from Mauritius. While the firm started in Singapore, it quickly expanded to Mauritius, where its main operations are today.

Graeme explains his choice of locations, saying, “Singapore provides a good base for dealings in Australia and Asia, as well as a platform for our financial introductory business, Intra Capital. But Mauritius is our hub for business expansion, especially into Africa, Europe and the Middle East. It has a great living environment.”

I don’t consider my businesses to be my greatest achievements. It’s what these businesses can do to build a more humane society that is more valuable to me.

In addition, he appreciates the latter’s well-regulated financial sector, which is overseen by the Bank of Mauritius and the Financial Services Commission. The country’s 46 double taxation avoidance agreements and 34 investment promotion and protection agreements, mainly with African and European countries, but also with Singapore, certainly don’t hurt, either.

According to the World Bank, Mauritius ranked number one in Africa and 13 in the world in 2019 for ease of doing business. Graeme also cites the country’s lack of withholding and capital gains taxes as a main draw, pointing out that it’s one of the very few low-tax regimes with tax rates between zero and 15% that’s a member of the Organisation for Economic Cooperation and Development.

Graeme’s reputation as an intrepid businessman should prove to be a valuable trait in a world scarred by the COVID-19 pandemic. “The companies under Intrasia Group always try to be at the forefront of innovation and technological development,” he says.

“We constantly study trends and industry movements. In fact, we have already joined numerous debates to talk about a post-COVID-19 future and to formulate our own policies regarding the opportunities in a financially repressed world. AfrAsia Bank, for example, is going through a digital transformation and preparing itself to become a leading technological bank by 2025.”

Graeme believes that the pandemic will alter the nature of business. “We’ll return to a world that is more indebted, less global and more digital,” he predicts.

“As a result, there will be higher taxation, populism and protectionism. Nations that have embraced technological development and digitalisation will have an advantage in the sectors of medical technology, ecommerce, fintech and robotics, as well as smart manufacturing.”

With this in mind, Graeme says that the key areas of focus for Intrasia in the next 12–18 months will be in financial and corporate services as well as the energy and mining space.

“We believe that higher taxation and financial repression will necessitate the restructuring of corporations to protect stakeholders as well as increase the demand for custodian services associated with wealth management,” he explains.

“These spell excellent opportunities for the Group’s activities in Mauritius. We’re confident that gold will maintain its recent price gains and that our gold development in Mozambique will become even more attractive. Tanzanian coal will also gain popularity in its home market as the trend moves towards domestic manufacturing to replace imports.”

It’s no coincidence that Intrasia’s activities in Africa come up frequently in conversations with Graeme. Of all the regions the firm has a foothold in, it’s this continent that he favours the most.“I see the biggest opportunities in Africa, no question about that,” he says. 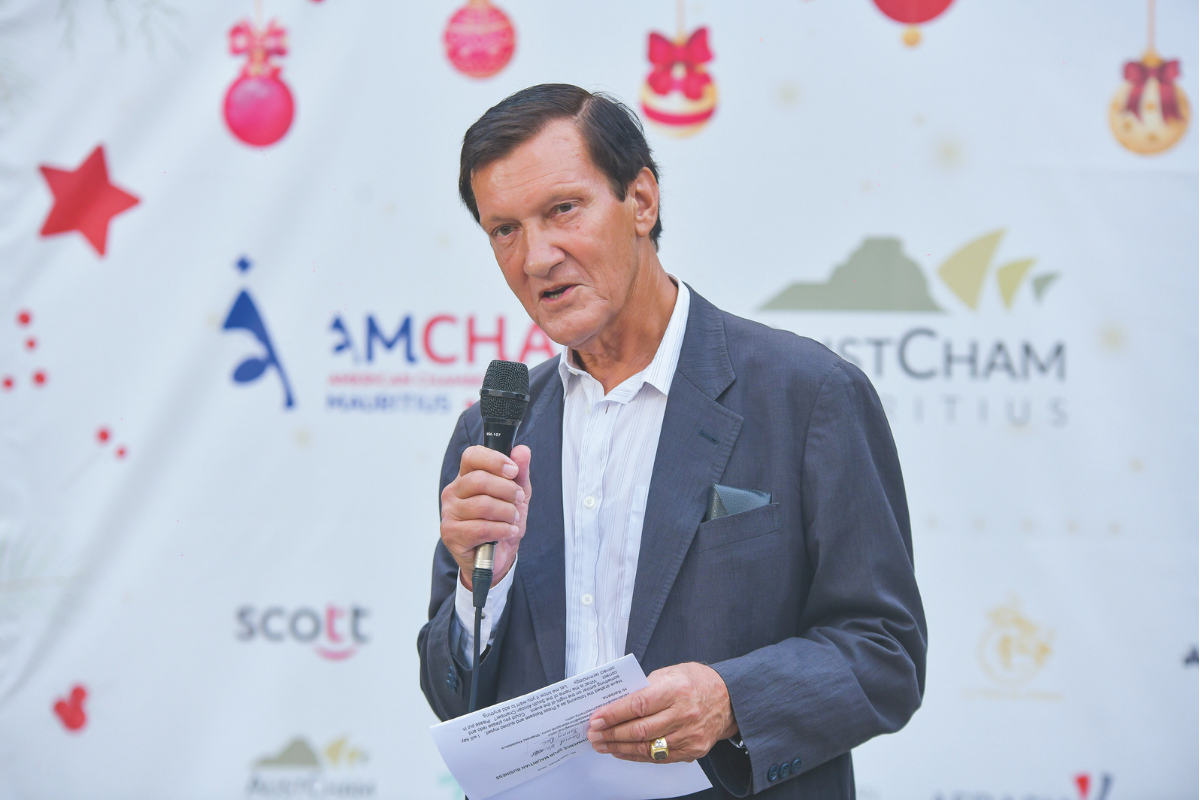 “I was witness to the development of Asia in the 70s and 80s, and I’m seeing the same type of growth in Africa right now.” He points to Mozambique, which is currently developing one of the largest liquefied natural gas (LNG) projects in the world and will become the third largest supplier of LNG globally by 2025 or 2026.

“The income that will be generated into the nation from this is going to be significant,” Graeme attests. He also names Kenya, Uganda and Rwanda as up-and-coming nations to have bright prospects.

“Rwanda is similar to Singapore in its efficiency. The only problem is that it’s landlocked, so it has to get access to the ocean via Tanzania.” Fortunately, it’s an issue that will soon be a thing of the past as Tanzania’s president, John Magufuli, has invested in the construction of a major railway line.

When completed, it will stretch 2,561 kilometres east to west across the country’s central corridor, connecting its landlocked neighbours – Rwanda, Burundi, Uganda and Democratic Republic of the Congo – to the Tanzanian port city of Dar es Salaam.

The railway is expected to reduce the transportation time for cargo into and out of the countries. “Tanzania is going to become the infrastructure hub of Eastern Africa,” Graeme forecasts.

“There’s a lot of potential in Africa that I think the West doesn’t know how to handle yet. Western projections or impressions of the continent are not accurate. Rather than Westernise or ‘Asianise’, what Africa needs is to ‘Africanise’.”

“This mining operation is the largest coal producer in East Africa and supplies much of the coal requirements of its home country as well as Rwanda, Uganda and Kenya,” Graeme says.

“In addition, because of the current push for infrastructure development in Tanzania, the demand for cement has increased and so Tancoal supplies coal to the cement industry.”

Then, there is Intrafrican Resources, another project under Intra Energy that is offering exciting opportunities. “It has interests in a newly discovered goldfield in Mozambique,” Graeme reveals.

“And we’re looking at getting it listed on the Mauritian stock exchange.” Mining and commodities may be where he started out, but – given Graeme’s knack for identifying the next opportunity – it’s certainly not his only focus today.

Some of the later additions to Intrasia’s diversified portfolio have been companies dealing in finance and corporate services. It all started when Graeme noticed himself spending more time managing these areas as his business grew.

“I thought, ‘I’m already doing this myself for the companies I chair, so why not look into offering the same services for other companies?’” he says. In addition to AfrAsia Bank, of which Intrasia is a shareholder, the firms under the Group that specialise in this sector are Intrasia Management and Intrasia Corporate Services.

The bulk of the former’s clientele comes from family offices and international companies that are looking for a foothold in Mauritius. “It’s a licensed management company that serves its clients with a focus on mutual collaboration, trust and confidentiality,” Graeme describes.

The latter concentrates on financial advisory and structuring for businesses geared for the African market. For example, it’s guiding the listing of Intrafrican Resources on the Mauritian stock exchange.

It also provides training courses in entrepreneurship, innovation, mindset development and corporate planning. Despite running a flourishing business empire, Graeme is a self-professed humanitarian who claims to have never lost the deep interest in people and society that he gained from his sociology degree.

“I would like to see a greater focus on corporate social responsibility by all companies,” he says. As a man who talks the talk and walks the walk, the way Graeme leads Intrasia Group is always a reflection of his beliefs.

“Our team sets sustainability and community goals and works effectively with both contractors and customers to ensure quality and efficiency,” he says. At the firm’s Tancoal mining operation in Tanzania, once an area has been mined, the removed topsoil is replaced and the land is rehabilitated.

“We taught a group of local women how to cultivate the land, brought in cooks to show them how to prepare food and then gave them a contract to supply catering for the miners who work there,” Graeme reveals.

There’s a lot of potential in Africa that I think the West doesn’t know how to handle yet. Western projections or impressions of the continent are not accurate. Rather than Westernise or ‘Asianise’, what Africa needs is to ‘Africanise’.

“We employ about 500 miners there, all of whom are Tanzanian. The women’s work group is an initiative that has created a sustainable income stream for those who take part.” The motto at Tancoal is ‘Tanzanian coal for African Development’, so it supplies its product only in East Africa. Before the mine was discovered, Tanzania used to import its coal from South Africa.

“Many of the country’s industries, from cement and textiles to wood and paper pulp, were dependent on coal from South Africa,” Graeme says. “With coal being produced in Tanzania, there is now an alternative to South African coal.

“The government needs to understand what mining means to the country, especially when it comes to employment and the multiplier effect it has on subcontractors and related small- and medium-sized enterprises. In fact, we have even established the Mining and Energy Club in Mauritius to look into ways to improve the relationship between governments and the mines in African nations.”

Coal has seen its reputation sink to new lows, but Graeme doesn’t think this is fair, saying, “What isn’t understood by the developed world is that, for impoverished nations keen to develop, coal is an essential cheap energy source, more reliable than solar and wind and more affordable than gas to transport and use. What’s more, carbon emissions that have led to the destruction of the climate have been primarily created by developed nations, not by the developing world.”

Away from Tanzania and the coal mine, Graeme also chairs the AfrAsia Foundation in Mauritius, which is dedicated to the education of underprivileged children. “I don’t consider my businesses to be my greatest achievements,” he says. “It’s what these businesses can do to build a more humane society that is more valuable to me.” 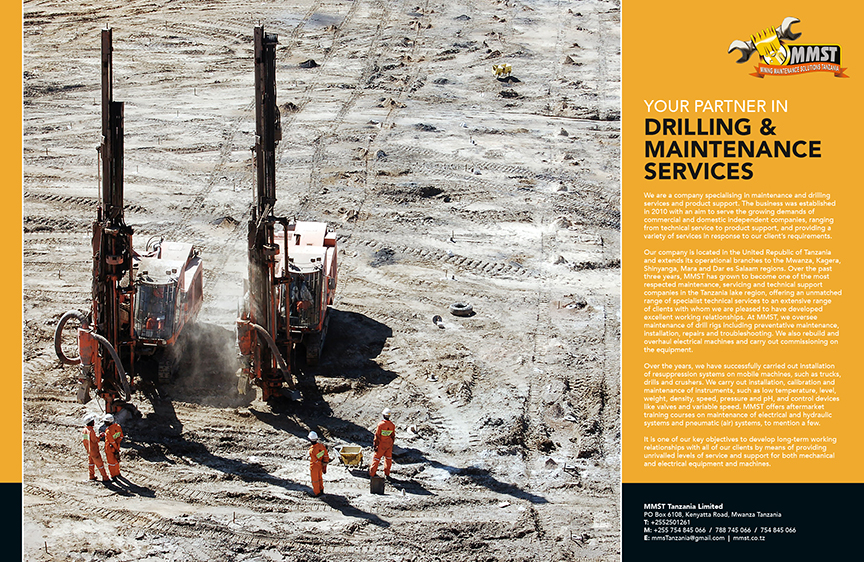