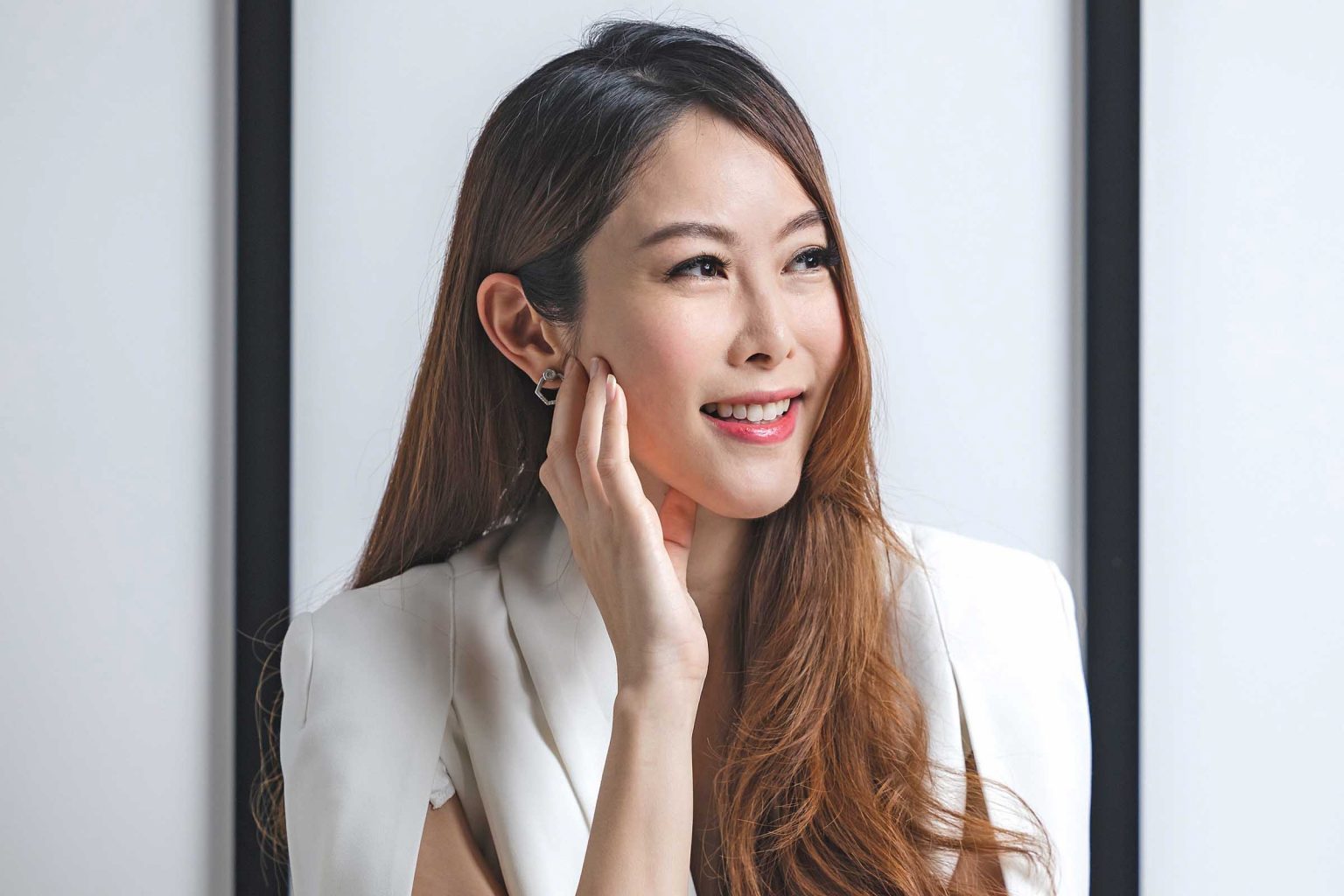 Pivotal moments have the power to lead to extraordinary change. Whether it’s fate or something else like it, these moments are often thought to lead people back to their unique purpose, their true calling. For Direct Funeral Services Managing Director Jenny Tay, that moment was her father’s heart attack. 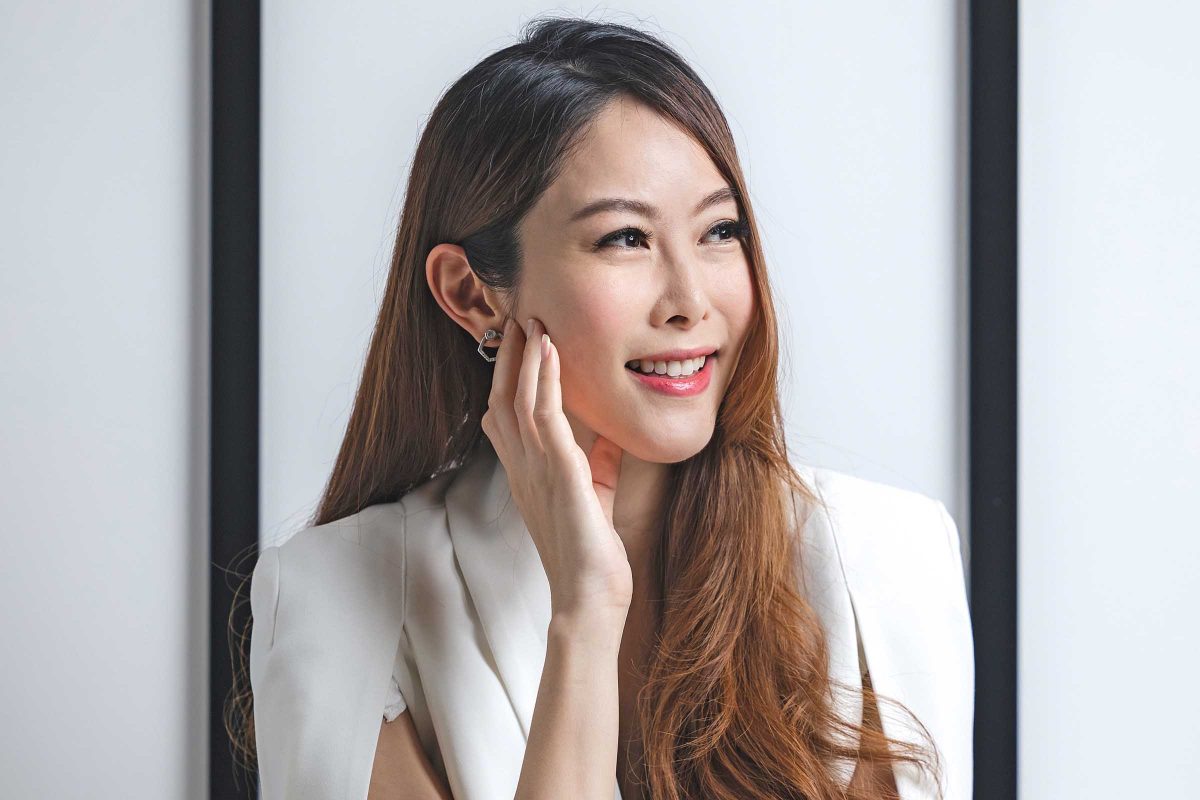 “It sparked me to join the family business,” she recalls. “I had been working in events and advertising for around five years when it happened. I remember going to visit my dad in the ICU in the hospital, and he was all alone since he had just separated from his ex-wife.

“Even though he was really frail, my dad was still answering work calls and helping people who needed help. He had always helped those who were underprivileged organise funerals. I felt quite heartbroken watching my dad do this all by himself. So I took a leap of faith, quit my job and joined him in the business.”

Jenny’s husband, her then boyfriend, also decided to take that leap of faith with her that day. “He did it out of love,” she beams. “He knew that the funeral industry in Singapore was very rough and backwards. It was very male dominated, and he wanted to help.”

Her father was happy with the news but also shocked – much like the rest of Jenny’s friends and family. “A lot of people felt like this industry was for people who weren’t educated or that people only did it as a last resort. And they certainly didn’t see it as a woman’s job,” Jenny says.

“It’s like if someone wore skirts and dresses then they couldn’t handle this job. But that’s absolutely not true.” And it’s something Jenny proved time and time again with each new innovation that she brought to the table – something the funeral industry in Singapore sorely needed.

We made it a point to actively hire from outside the industry. We needed new blood in the business, people with different perspectives.

“I was shocked and appalled when I came to work in the business,” she remembers. “On the television, the funerals were always held in a dignified manner. It was very formal.

“But in Singapore, that was not the case. When we came into the industry, people wore their shirts untucked and had slippers on, sometimes even talking to customers with cigarettes in their mouths. They would shout across the wake. It was very rough and very undignified. But that became our opportunity.”

The funeral industry in Singapore was stagnant when Jenny joined. Nothing had changed in decades. Most of the people working in the industry were men in their 40s, 50s and 60s, and it just wasn’t a career people wanted. 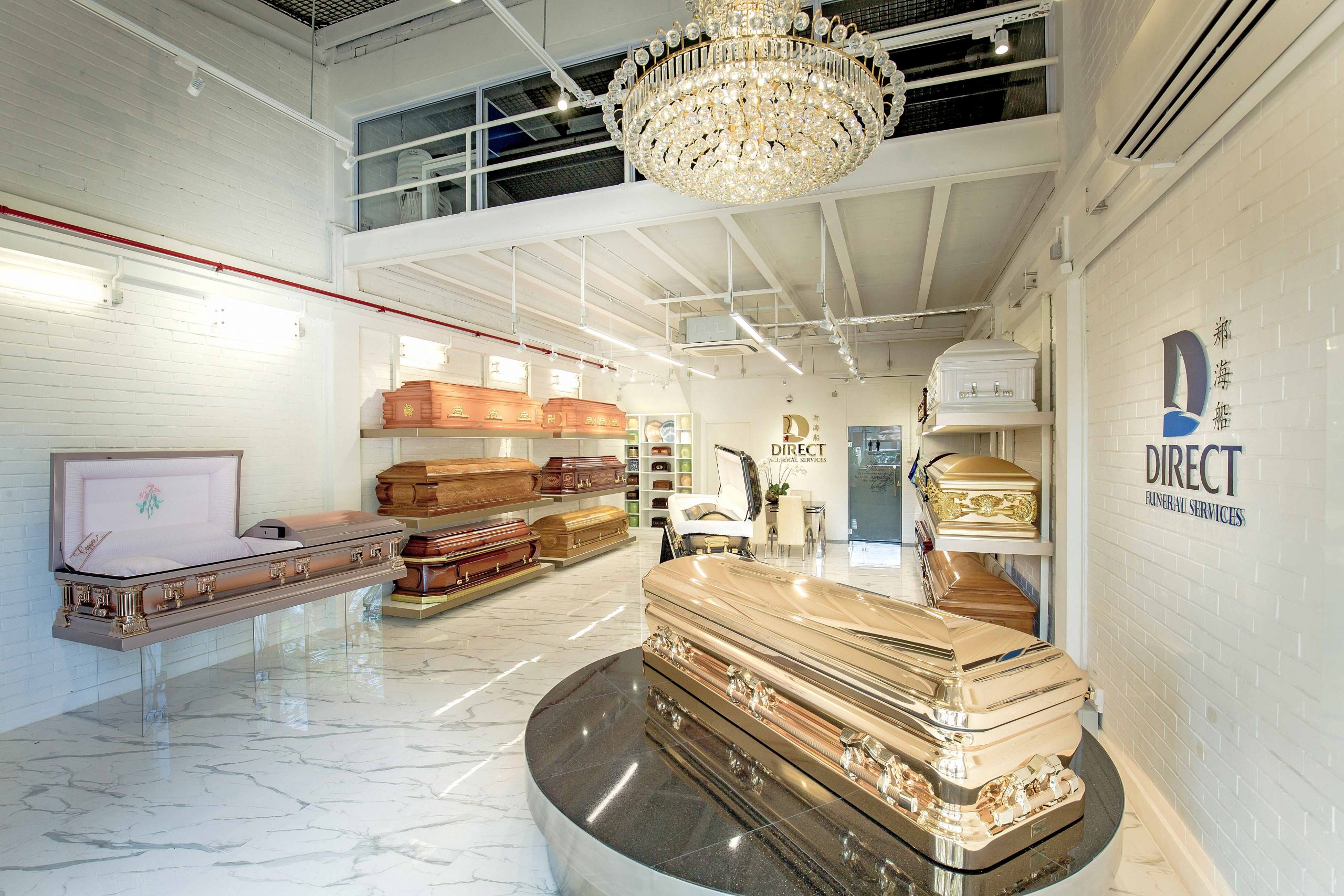 It left her father and a lot of the seniors in the industry fearing for its future. But Jenny knew that if people were still going to be dying, then, of course, the funeral industry had to go on. So she got to work thinking about all the ways she could breathe life back into this important yet declining industry.

“It sparked our interest to do a whole revamp of what we’d been doing. Eventually, that led to a complete revamping of the entire industry,” Jenny reflects.

Transforming the industry turned out to be rather tedious. Jenny meticulously sorted through everything Direct Funeral Services did to see what improvements could be made. She scrutinised its operating procedure, customer service training, logistics and literally every other element of the company. It took years, four to be precise, but it paid off.

“We did a complete overhaul of the uniform, and the way our staff present themselves. We gave them training,” she says. “The biggest improvement came in terms of accepting new hires. We made it a point to actively hire from outside the industry. We needed new blood in the business, people with different perspectives. I think that really helped to improve the company.”

Direct Funeral Services also began shaking things up at wakes. Before, it was standard for funeral operators to shout across the wake, moving people from place to place. But Jenny knew there was a better way.

“We enlisted the services of professional emcees to facilitate the wake and help our grieving customers express their emotions,” she says. She also realised a need to start questioning practices.

“In the beginning, everyone in the whole industry used the same set-up from the same vendor because of a lack of innovation. It was gaudy, and I remember when I was young, walking past a funeral always felt scary. It wasn’t inviting,” she admits.

We started the direct life foundation to help not just the dead, but the living too – something inspired by my dad.

“After some digging, we understood the symbolic meaning behind the set-up structure and set out to design our own.” It was no easy task. The vendors refused her requests to create something new out of her vision, so Jenny decided to do it herself.

“We found new people to help us,” she says. “We created a more aesthetically pleasing and much more approachable structure, all while maintaining the symbolism of the set-up.”

However, this change was a tough one for her father to swallow. He was understandably quite hesitant as it was completely different than anything he’d ever used in the past. But Jenny eased his fears, convincing him to just give it a try. And the outcome couldn’t have been better.

“When we launched, we received so much positive feedback from customers and from our vendors. My father was convinced,” she smiles.

“And little by little, all of those improvements we introduced were slowly picked up by other players in the industry. We were so happy. We were happy that the industry was improving as a whole. Even more, it made my dad proud. He trusted us and started to let go, and a year later, we took over the business.”

As the funeral industry in Singapore began to improve and transform, Direct Funeral Services naturally started to receive quite a lot of attention from the media. And, coincidentally, it was all happening around the timing of Jenny’s wedding. 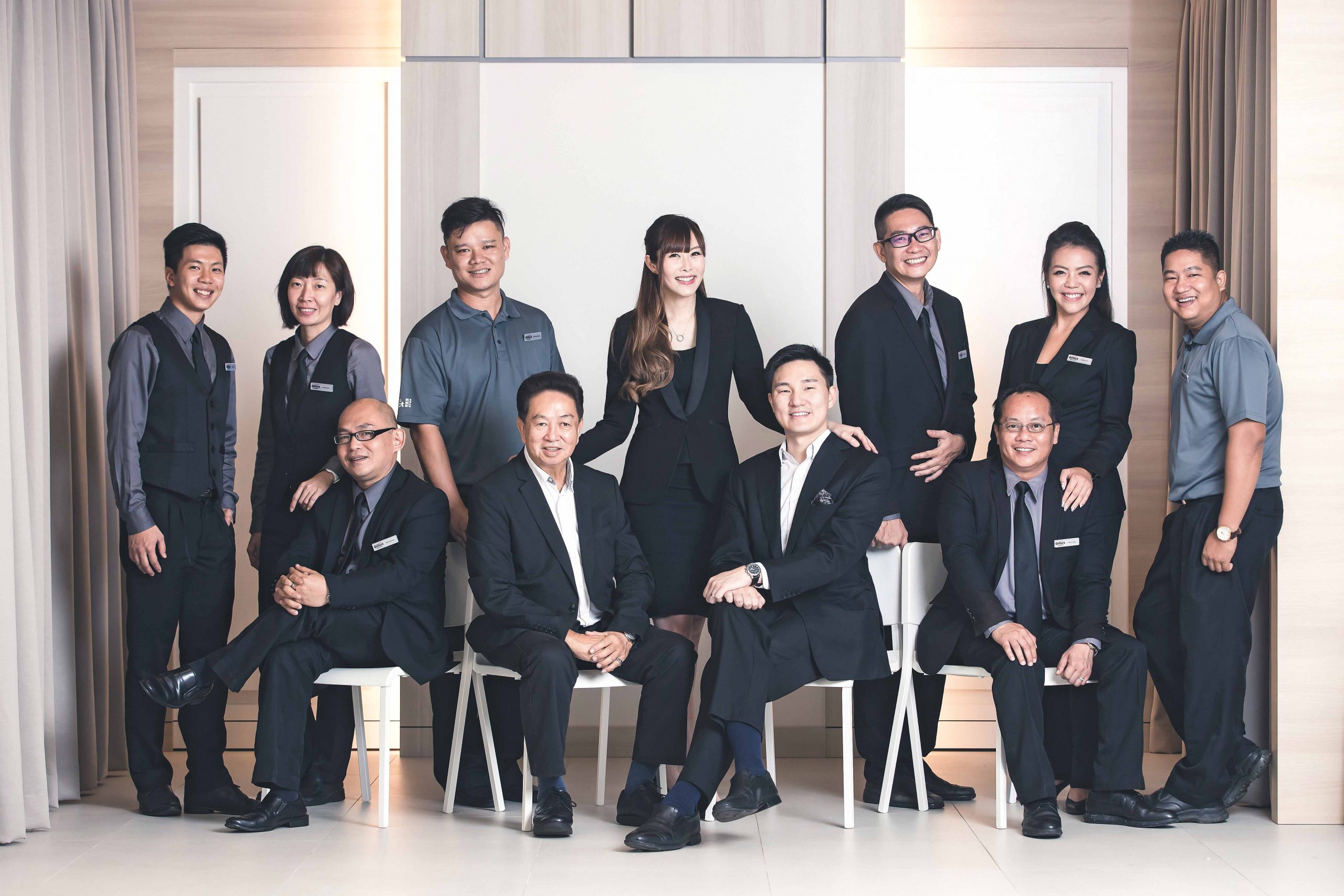 “When we started brainstorming ideas for our pre-wedding photos, we thought what better way to do them than in a coffin? Since we were in the business, that was our life now,” Jenny shares. “So that happened, and the pictures turned out very beautiful. I ended up sharing them with one reporter who published one on our local newspaper’s front page.”

Overnight, the image had gone viral. “All of the news channels, papers and online media outlets were calling me, asking for my permission to publish it,” she remembers. “That actually sparked a lot of conversation and interest in our job and what we were doing.

“So I spoke a lot about passion. I spoke about being in this line of work. It’s really not easy. This work is not for the faint of heart. It’s for someone who wants to serve with their heart; for someone who has empathy and wants to do something more meaningful.”

“As women, we shouldn’t short-change ourselves. There will always be people who believe we cannot do certain things and that we have shortfalls,” she says. “But we have traits, and even if they’re different from a man’s, they’re still helpful.

“We are more sympathetic and more in touch with our emotions, and we’re pretty mindful of the smaller details. All of that has really helped me make changes and improve this industry.” While Jenny has certainly made her mark on the dying, male-dominated industry, she made sure to keep some of the good things alive, like her father’s passion for helping others.

“We started the Direct Life Foundation to help not just the dead, but the living too – something inspired by my dad,” she explains.

“We help the underprivileged have a dignified funeral, even if they don’t have the financial means and, now, we also help the elderly who are alone by hosting events and charity lunches. Our vendors do this charity work with us. It’s a blessing they share the same vision.”

As for the future, Jenny hopes to continue Direct Funeral Services’ mission to help the underprivileged and to further educate the public about end-of-life issues through her work at Direct Life Foundation. And no matter the challenges she must face, she’s confident that she can handle them, thanks to the wisdom her father imparted upon her.

“My dad would always tell me that nothing is impossible if you believe you can do it,” she smiles. “He’d say, ‘You can go up, go down, go left, go right. You can go in any direction. And you will be able to do it. You will be able to find a way.’ That’s what I firmly believe in. “Whatever challenges I have, there will always be a way to work around them as long as I try my best.” 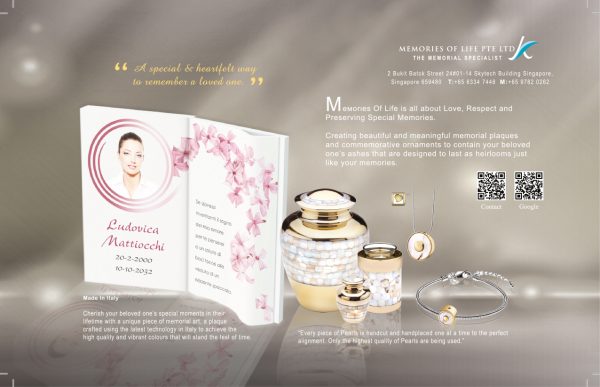 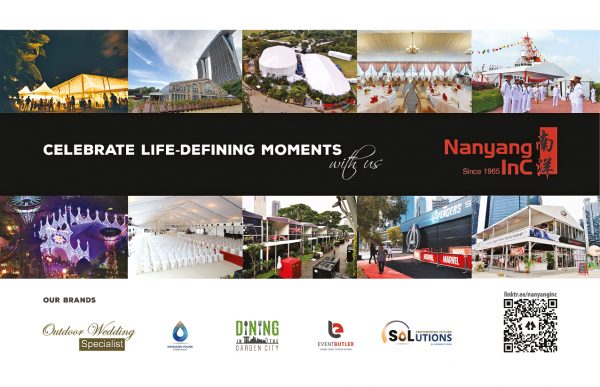 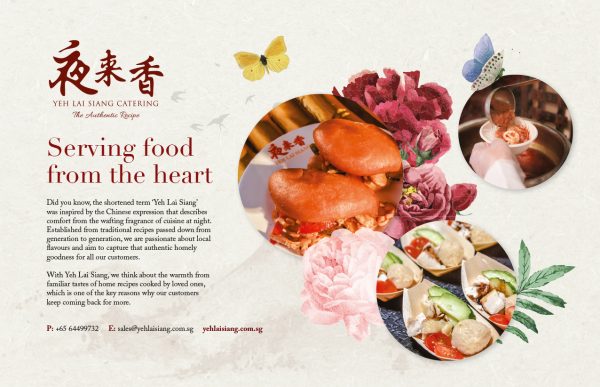