As one of Egypt’s and the region’s top legal firms for arbitration, Youssef & Partners Attorneys embraces its international clientele.

As one of Egypt’s and the region’s top legal firms for arbitration, Youssef & Partners Attorneys embraces its international clientele. 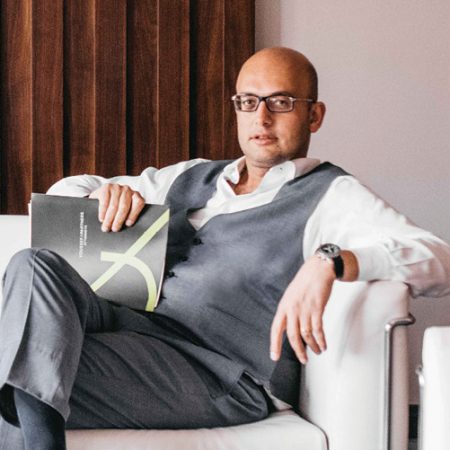 Karim Youssef, Managing Partner of Youssef & Partners Attorneys, comes from a line of highly accomplished lawyers and judges. His father served as Vice-President of the Egyptian Council of State – the country’s highest administrative court – while his grandfather, Farouk, served as Egypt’s Minister for Justice from 1986 to 2004.

Although Karim considered taking a different career path, he soon found himself drawn to his family’s line of work. “The trigger was when I started reading some of the international law books my father had in his library; I fell in love with the field,” Karim tells The CEO Magazine.

Karim Youssef establishes his own firm

Karim studied law at Cairo University, the University Paris 1 (Sorbonne), and Yale Law School, becoming a Howard Holtzmann Yale fellow in international dispute resolution before working in Paris for a major US firm. In 2010, he returned to Egypt where he quickly played a dominant role in the Egyptian legal and dispute resolution market, which saw an exponential rise of arbitrations since the Arab Spring.

These included disputes from the post-2011 dismantling of Mubarak-era privatisation transactions and several other cases involving major projects in Egypt and the Middle East.

Karim then established Youssef & Partners in 2016. Based in Cairo, the firm specialises in commercial and treaty arbitration and provides high-end litigation services for local and international clients.

Within the short period since its establishment, Youssef & Partners has already tripled in size and rocketed to become one of Egypt’s top law firms.

It has a folio of investment treaty cases that is second to none in the region. Embedded in the company’s internal fabric is its international approach. “We are cosmopolitan in every bit of who we are and what we do,” Karim says. “The firm is composed of lawyers coming from eight nationalities who have been educated in three continents. And we deal with a wide array of cultural and legal backgrounds. We are what I call a business and legal melting pot.”

We are cosmopolitan in every bit of who we are and what we do.

Karim asserts that arbitration requires a global approach, and how a business deals with this ‘melting pot’ determines whether it belongs in this new age of global business and legal services. The firm has been involved in several high-profile cases and manages claims in the range of US$3.5 billion.

The company’s ethos centres around pragmatic decision making. “Everything we do is purpose oriented,” Karim says. “There’s no heavy bureaucracy. We also value merit in young lawyers; so if you’re good at what you do, you will get to do it even if it is above your seniority level. We impose no formal dress codes; I tell my lawyers, if they have a meeting to dress formally, but if they’re working at the firm and have a long day, then dress in an elegant and cosmopolitan way.”

Karim strongly believes in treating his lawyers with kindness and respect. “The people working with you end up making a difference,” he says. “It is important to mentor them properly and not belittle them or their group’s authority. Our lawyers are not expected to be sitting around getting orders. They’re requested and often demanded to be dynamic and to think and contribute positively.”

Youssef & Partners prides itself on its efforts to maintain gender equality. “The bottom line is that, as in other areas, women are not getting every chance in business. So we have this unique position in terms of levelling the playing field,” Karim says.

We have the highest ratio of women in the industry in Egypt.

“This is a very cutthroat business. It’s the equivalent of Wall Street for law firms. Our hours are very long, the stakes are very high, and the people involved in it know that it is not for the faint-hearted. And yet we have the highest ratio of women in the industry in Egypt. But what’s important is that we hire based on merit across gender and any other kind of discrimination, which means the women who join us compare equally favourably with the men for the same position.”

Above all else, the firm ensures it takes care of its clients. “We understand their business very deeply,” Karim says. “We interact with them and provide them supreme legal services. It goes with our cosmopolitan way of doing business. We handle cases beyond a certain value, we hire from the top 1% of lawyers, and we win our cases.”