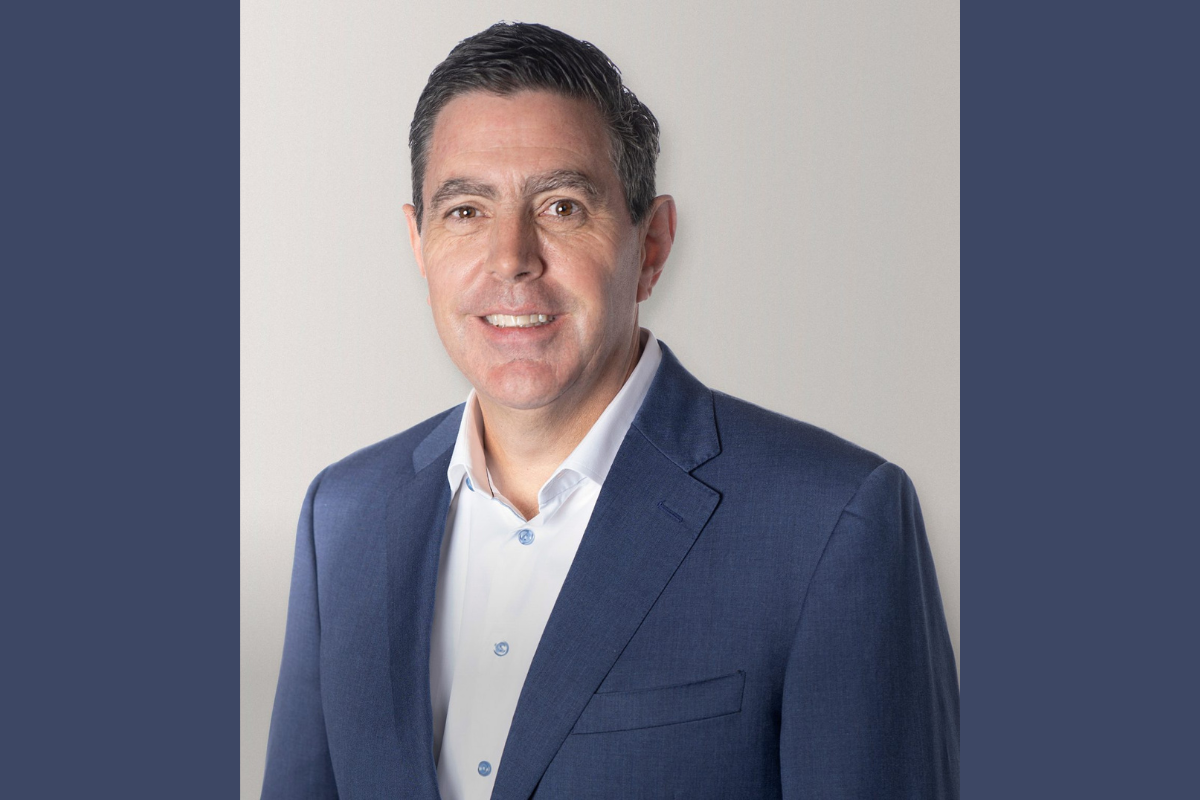 When faced with a problem, many of us switch into fight-or-flight mode. The perception of threat activates the body’s sympathetic nervous system, which triggers an acute stress response and forces us to act – not an enjoyable state of mind.

However, for Kevin Carmody, Senior Partner in McKinsey & Company’s transformation practice, McKinsey Transformation, the challenge of tackling a really difficult problem is something that has always fascinated him.

During his time at automotive giant Chrysler, long before joining McKinsey, Kevin was part of a team that saw a massive change with the introduction of new products such as the Grand Cherokee, a new range of mid-size sedans, the Dodge Viper and the Dodge RAM Truck. “So understanding how Chrysler operated at a macro level helped me do my job,” he reflects. “I think that was where it started.” 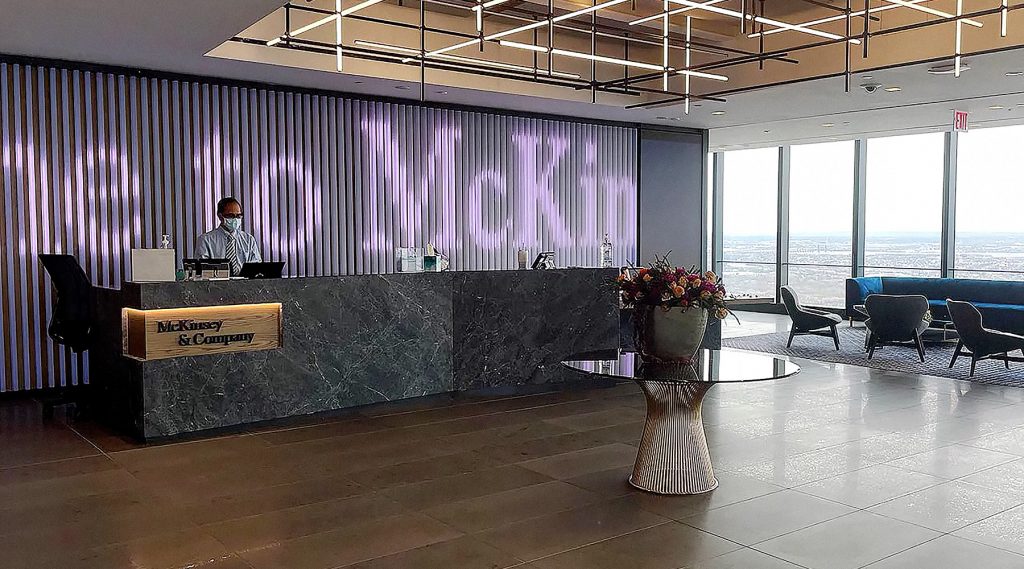 Understanding across the broad spectrum how companies operate is so important. I feel like I’m learning every day.

By the time McKinsey brought Kevin on board in 2011, he had built up a strong background in turnaround consulting, working for companies including PwC. McKinsey had chosen him to join a new practice, known back then as Recovery & Transformation Services, that would leverage these skills.

“They would bring in folks who had real experience in helping companies and match them with classic management consulting to really drive performance in a different way,” he says. “That’s where the journey started – it was a brand-new practice that we’ve grown over the past decade or so.”

Now, Kevin primarily works with companies with performance challenges, but he describes many of them as “good companies trying to be great companies”.

“It’s less about distress and restructuring, and more about companies that are trying to think about their next horizon, how they redefine how a bold new strategy is directly linked to a set of ambitious performance targets that is implemented through an organization that prioritizes the skills and capabilities that are required to succeed,” he adds.

McKinsey is highly regarded for its expertise in holistic transformations, an approach that looks at all aspects of a business. “When done right, you’ll find that these transformations fundamentally change the DNA of an organization,” Kevin explains.

“The reason they do that is because you’re getting more people involved. A strategy that’s led by the top 10 executives at a company looks very different than when the same strategy is being executed by the top 500.”

More importantly, it “empowers” people and that leads to loyalty. “We know just based on our experience over 10 years, we’ve got to reach the person who’s doing the work,” he says. “You’re making people feel differently about how they work each day.”

The benefits are clear. According to McKinsey research, companies deliver approximately 2.7 times more value than their executives thought possible when the transformations got under way. Not only that, the broader buy-in involved in the process helps improve the chances of success. 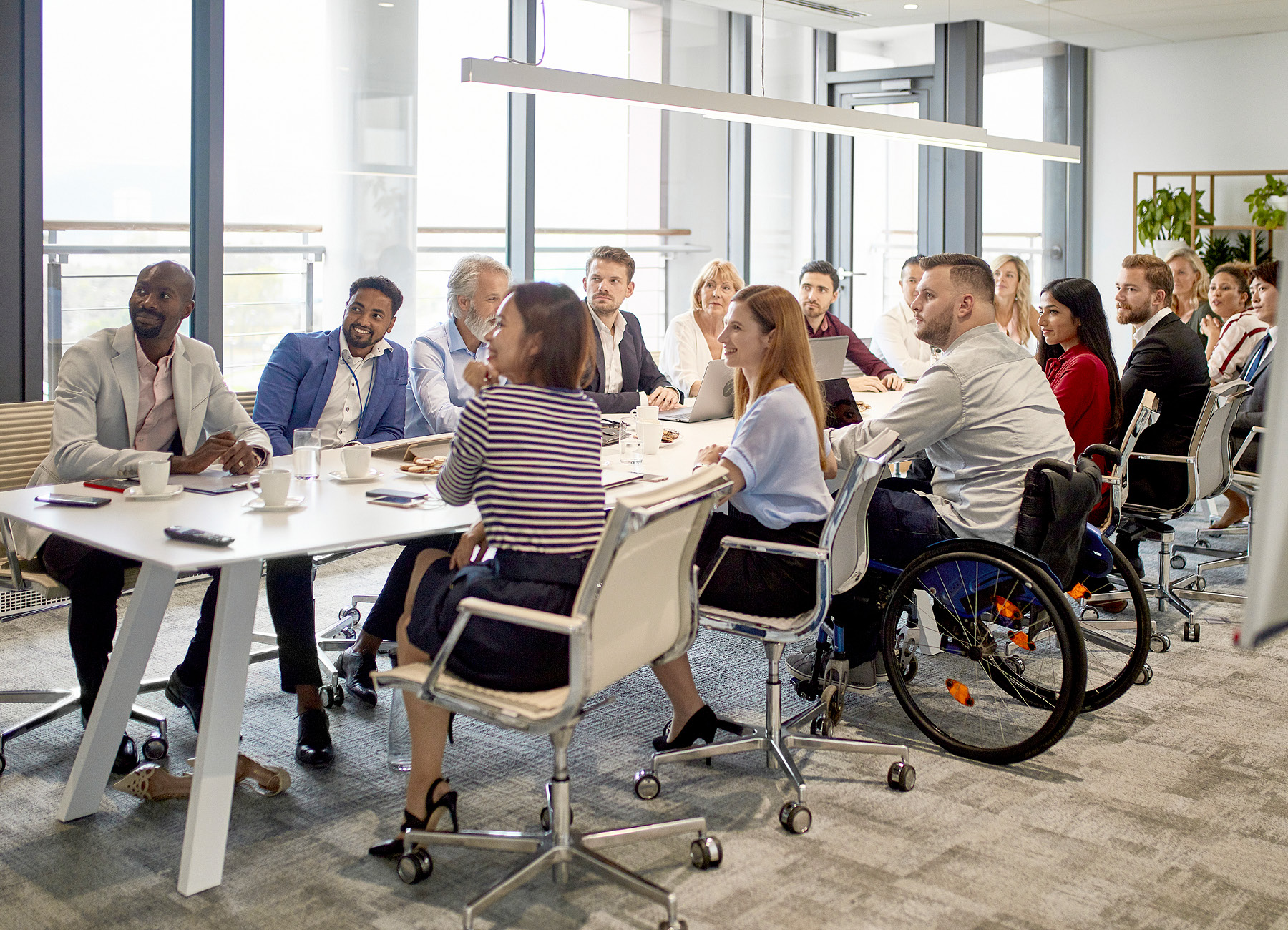 A strategy that’s led by the top 10 executives at a company looks very different than when the same strategy is being executed by the top 500.

“If you have a real capability program that looks not only at the processes of a company but how people work throughout the organization, and you commit to a program, you’re almost twice as likely to succeed,” Kevin points out, citing McKinsey research that showed when companies included more than 30 per cent of their employees in capability building programs, they enjoyed total returns to shareholders that were 43 per cent above benchmarks after 18 months.

“It’s one thing to come into a truck plant and clock in and clock out and just go through the motions. It’s quite another to do the same thing where you clock in but you feel like you own a piece of the business, and are personally accountable to drive performance.”

Getting people to behave differently on a daily basis is no small undertaking, though, and Kevin believes the “secret sauce” is getting the employees close to the action to engage differently.

“That means empowering them to think differently, giving them the tools that are required to attack a problem, developing a plan to drive performance, giving them the latitude to execute and then rewarding them accordingly,” he says.

“We’re trying to develop an owner’s mindset so the person who is manufacturing a truck at a plant and has been around for a very long time is thinking about how they can do it differently, knowing that they’re empowered to actually bring new ideas to the table. That’s the key to the success of these types of programs.” 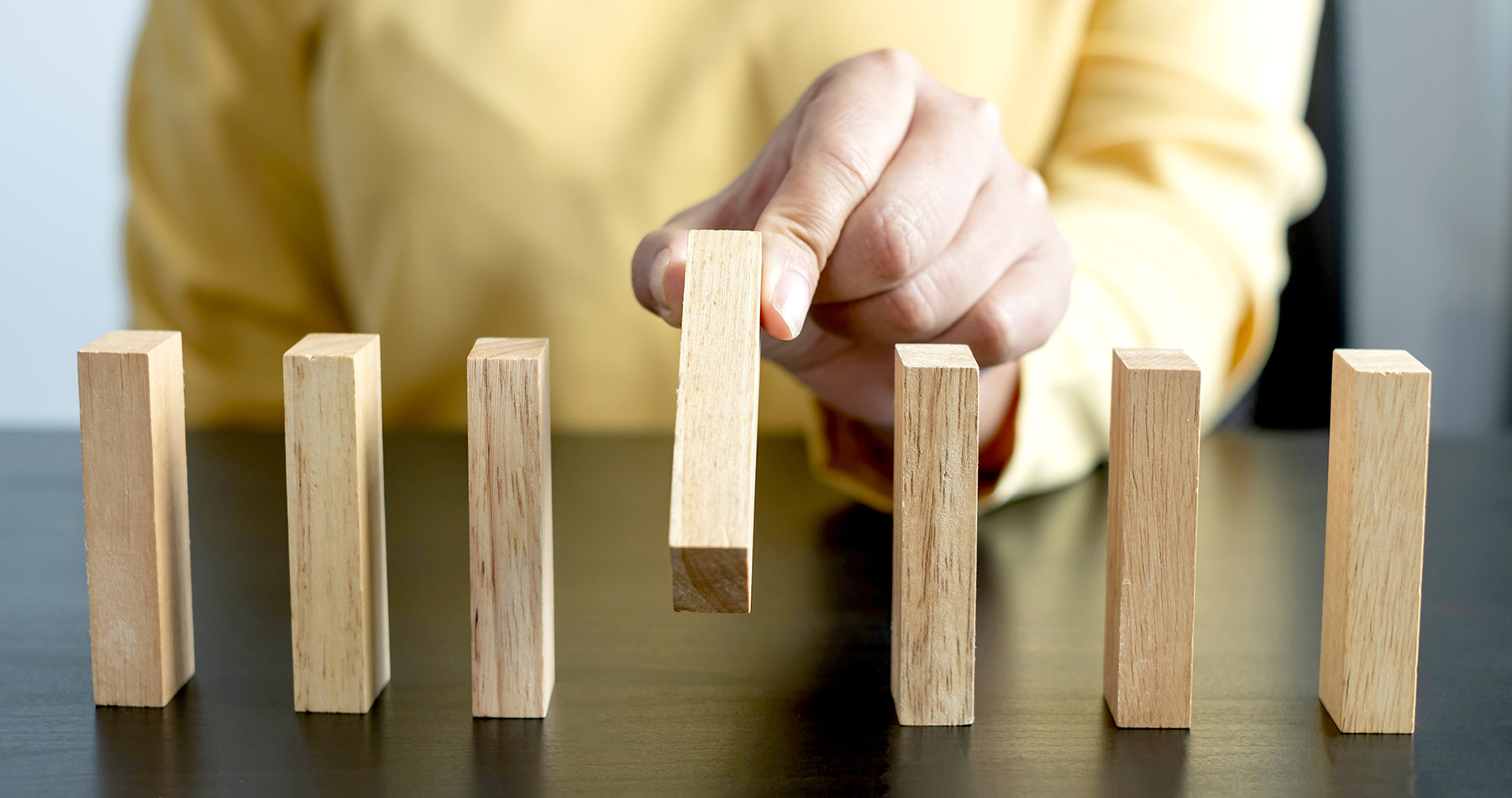 According to Kevin, there are three phases of transformation that a company must go through in order to see true results. “We want to get to execution fast but there is a certain way to think about a transformation that will serve you for the next five-to-10 years,” he says.

Phase One – Independent Diligence
“This is supposed to be done in a series of weeks but it aims to determine what the full potential of a company actually is. It looks at the entire strategy of a company – what a management team has set out to do, but also what we think they are capable of achieving,” he explains.

“At this point, it all sounds too theoretical. And theory without execution is going to be a failure, right? But we start with diligence because we think there’s something around setting that high-level aspiration. We do it quickly, but it’s intense as we convert ideas into action.”

Phase Two – Bottom-up Planning
During the next stage of the process, a comprehensive plan is put together, but it’s not one that revolves around the C-suite. “Now we’re going to engage more than the top 10. We’re going to engage the top 500. And we try to get down to the frontline worker,” Kevin says.

“All we’re doing is building the blueprint of the house in bottom-up planning. At the end of a period of time, two-to-three months, there is a very detailed blueprint that fits with the strategy and the performance targets, and fuels the execution.”

Phase Three – Putting it into Practice
By this point, there is a very detailed blueprint for the transformation. “And we have a methodology where we’re driving performance each week,” he says.

Kevin is well aware that he has to practice what he preaches. “Even at McKinsey Transformation, we are challenging what we’re doing,” he reveals. “We have to constantly evolve.”

Whereas transformations were once heavily focused on cost, particularly in the procurement silo, Kevin soon came to realize that this wasn’t the best way forward. “What we found is you cannot motivate an organization by looking at cost alone,” he reflects. “So then we started thinking about how cost has to be more than just reducing spend. There has to be something in there about efficiency.

“We knew there had to be more balance embedded in our approach, and designed a recipe that started with strategy that informed both growth and cost performance targets, while placing a top priority on helping the entire organization develop a new execution muscle that helped them drive sustainable results rapidly.” 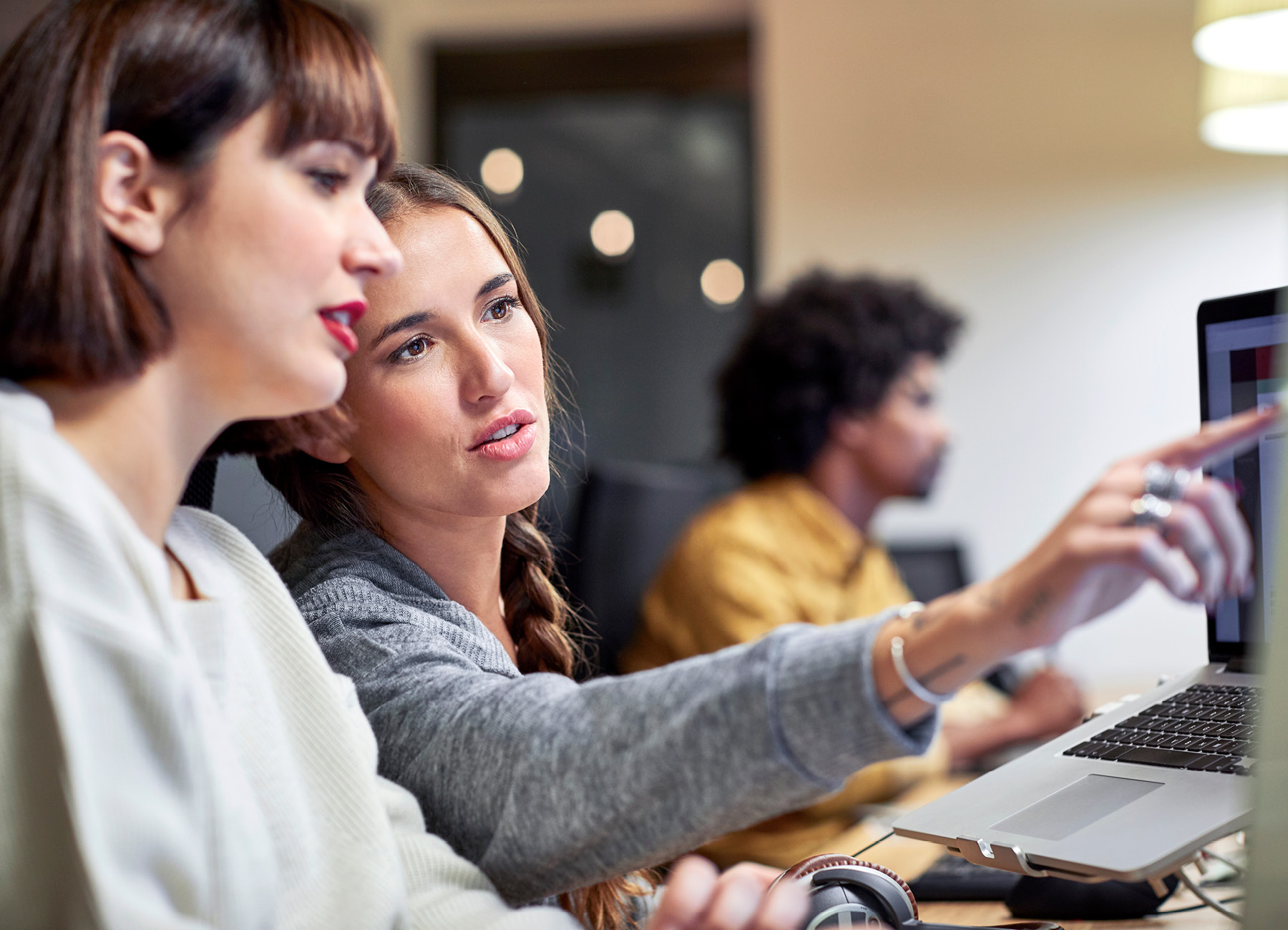 We take a blue-collar approach to these transformations, which means we’re just spending more time with our clients.

“When you’ve got a company that needs to develop new products, it’s about looking at how you can innovate new products. How do you get into new business segments? How do you compete differently?”

Today, the ratio is closer to 50–50, he reveals. “I’ve got programs where 30 per cent of the performance target is cost and 70 per cent is growth. That was a good change,” he confirms.

It’s also not enough to spend one day per week or per month on site, according to Kevin. “We take a blue-collar approach to these transformations, which means we’re just spending more time with our clients,” he says.

“That makes a huge difference because if you double the time you spend on the ground with the client, you’re going to build a stronger relationship and actually see more. You’re going to understand the business better. I think that is a big reason why these holistic transformations have taken off.

“It’s just really exciting to do the work. I think I’ve found my niche and I just happened to stumble upon it.”