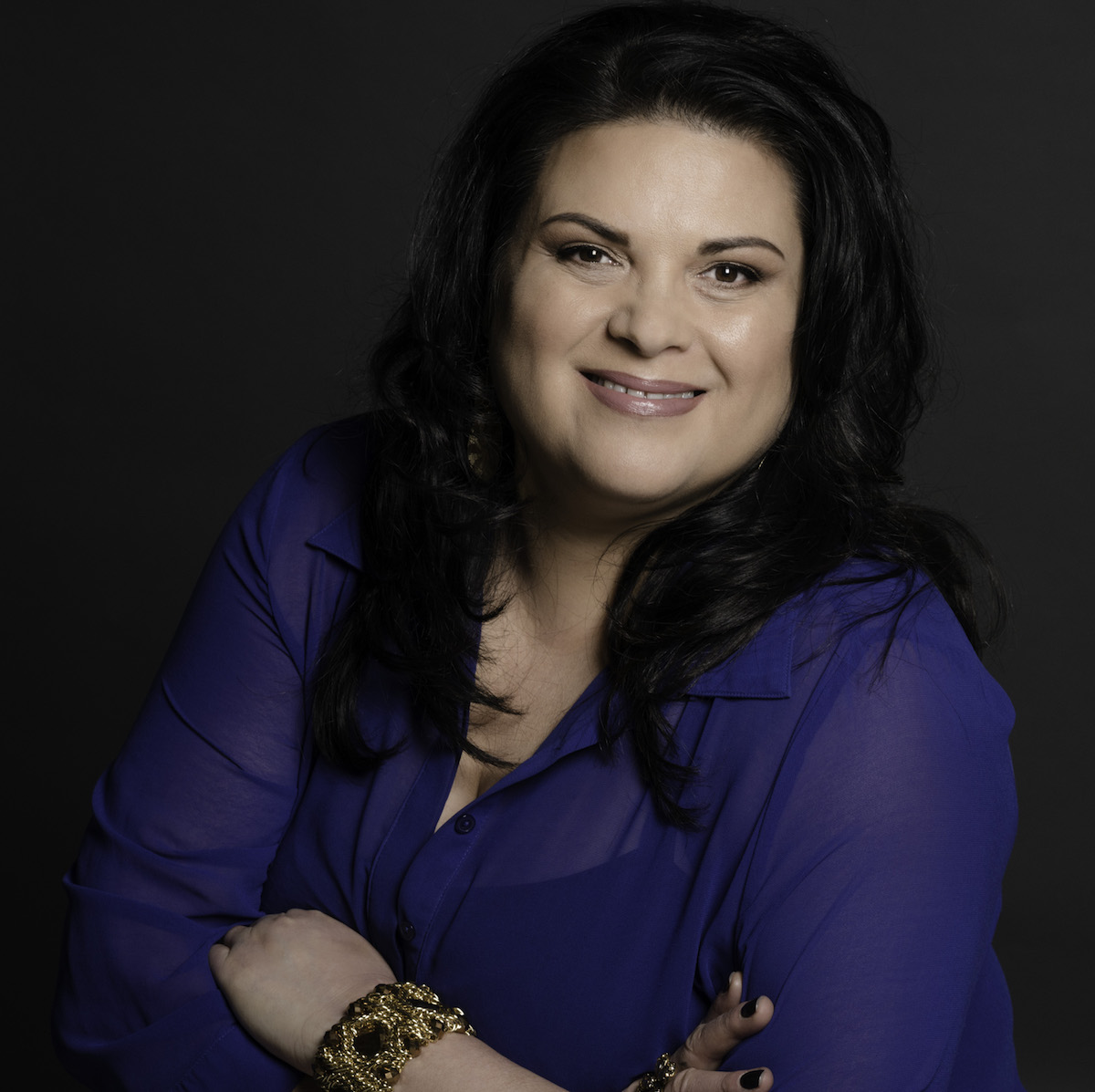 A little over five years ago, Ludwina Dautovic’s high flying, high energy, high achieving world collapsed under two words: kidney cancer. But the woman who left school in a small country town at 16 years old to build her dream life — including a string of successful businesses across Australia — has recreated herself once more. And it’s hardly surprising she’s made a success of her latest venture, The Room Xchange, a platform offering users rent-free accommodation in exchange for helping out around the house.

You never know your luck in a big city

When Ludwina arrived in Sydney after leaving her childhood home in rural Australia, she found her feet fast. It was the 1980s and she was working at one of Sydney’s most popular night spots as a waitress, hosting the likes of Mel Gibson and George Michael. “It was such a crazy time,” she explains. “I was so naiive in some ways, but understood people very well, so I made contacts very easily and found I naturally fell into starting my own innovative businesses.”

Later, Ludwina was selling educational toys from home while starting her family and noticed she had a knack for bringing business ideas to life. “I remember I reached number 17 in sales in Australia while I was juggling two young kids. My husband was working during the day and I would go out to do a sales party at night,” she says.

This sales role helped Ludwina discover her passion for inspiring youth and she set her mind to producing an ambitious television program, despite having no prior production experience. “I’d never even worked with computers, let alone touched a video camera. I just knew I wanted to make this TV show called Straight Talk and I was going to speak to 18 to 25 year olds about what mattered to them,” she says.

With a strong vision and a willingness to learn, Ludwina put the show together with a group of volunteers and took the program to a public network, who agreed to air it. “I guess it gives you an insight into my gumption,” she says. “I had no idea how to do it, but I just got in there and got the right people around me. It went really well and I was offered the chance to make another couple of shows.”

It was the start of a successful career in television production for Ludwina, who went on to produce a show devoted to technology called TV.com and her own innovative educational program sponsored by Apple and Optus, Media Minds.

Following this triumph, she began running professional development media workshops for teachers of media and working with media agencies like the Herald Sun. “The irony of it all was that I left school at 15, when I was in year 10, and here I was teaching teachers,” Ludwina says.

Taking the digital revolution — which struck the media industry particularly hard — in stride, Ludwina adapted her skills in marketing, education and media. She studied life coaching and worked with women at varied life stages, eventually creating her own business networking events for women. “I guess it gives you an insight into my gumption. I had no idea how to do it, but I just got in there and got the right people around me. It went really well and I was offered the chance to make another couple of shows.” – Ludwina

Ludwina’s Red Tent Woman events proved incredibly popular. Combining her love of food with a philosophy centred around women coming together in a special space to discuss important issues and inspire one another, Ludwina fostered an intimacy she found lacking at other networking opportunities.

“I used to hate going to business networking events,” she laughs. “You’re always standing there with a glass in one hand, finger food in the other and it’s almost like you’re trying to get married on the first date – it’s ridiculous!”

Managing The Red Tent Woman, Ludwina was living a high octane lifestyle. “Very quickly, these events became probably the third most popular women’s business events running in Melbourne,” Ludwina recollects. “I was running around to three locations in Melbourne and then going up to Sydney to run them there. I realised I couldn’t really be doing all this on my own.”

During 2010, on the day she was due to launch her events in Perth, Ludwina received her cancer diagnosis. It was an experience she describes as “like being hit by a truck”. After a series of radical life-saving operations, Ludwina required time to recover emotionally, physically and mentally. But she was not prepared to give up everything she’d worked for. She managed to write and self publish a book and get a few new projects off the ground while she took time out to heal. “I went from being an extroverted, outgoing woman with lots of friends and a busy social life, to a woman who barely left home,” Ludwina wrote during her recovery.

A little luck and great gusto

“I started thinking about what I could do from home while I was recovering and that’s when I thought of podcasting,” says Ludwina, who created Red Tent Radio with a producer in the United States. “I had a background in media and an interest in technology. I simply made a list of inspiring women I wanted to interview and put the one I thought least likely to say yes at the very top. I went down my list contacting these women — often through Facebook — not knowing if anyone would say yes.”

To Ludwina’s surprise, the woman at the top of her list — Poppy King, cosmetics giant and Australian entrepreneur — agreed to an interview. Poppy’s involvement kickstarted a new career in podcasting and inspired Ludwina to maintain her entrepreneurial drive. One of her business podcasts, Switched On Conversations, featuring global thought leaders in Online, Digital and New Media, is still available on iTunes.

The Room Xchange: Another investment in technology The idea of paying for accommodation through household chores suits both budget travellers and time poor householders who have less time to maintain their homes.

Ludwina’s thirst for knowledge propelled Ludwina to draw upon the business wisdom of her interviewees and encouraged her to pursue The Room Xchange dream. Today, Ludwina’s fifth tech investment looks to be another success born from her busy mind and natural zeal. Already having developed a brand which has generated much interest from media, Ludwina is confident her new platform provides solutions for genuine problems with the way we live.

The increasing cost of living has driven young Gen Y and millennials out of the housing market and The Room Xchange matches them up with middle class home owners, who often have room to spare, but work longer hours to sustain mortgages. The idea of paying for accommodation through household chores suits both budget travellers and time poor householders who have less time to maintain their homes.

“We see The Room Xchange as a fantastic match up on both sides,” says Ludwina, who hopes to expand the business outside Australia — to the UK, US and Canada— in the very near future. “The host gets their weekend back and the guest gets to cut their cost of living.”

The Room Xchange movement has the power to change the way we live. It is something that everyone can do to help tackle some of society’s most entrenched issues, such as inequality, climate change, and the rising cost of living. Ludwina believes the ‘Xchange economy’ will be a driver for a more mindful society.

The Room Xchange is in the process of capital raising and welcomes interest from potential investors. Contact [email protected] 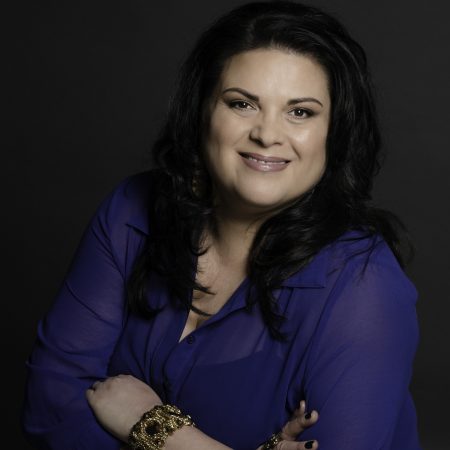