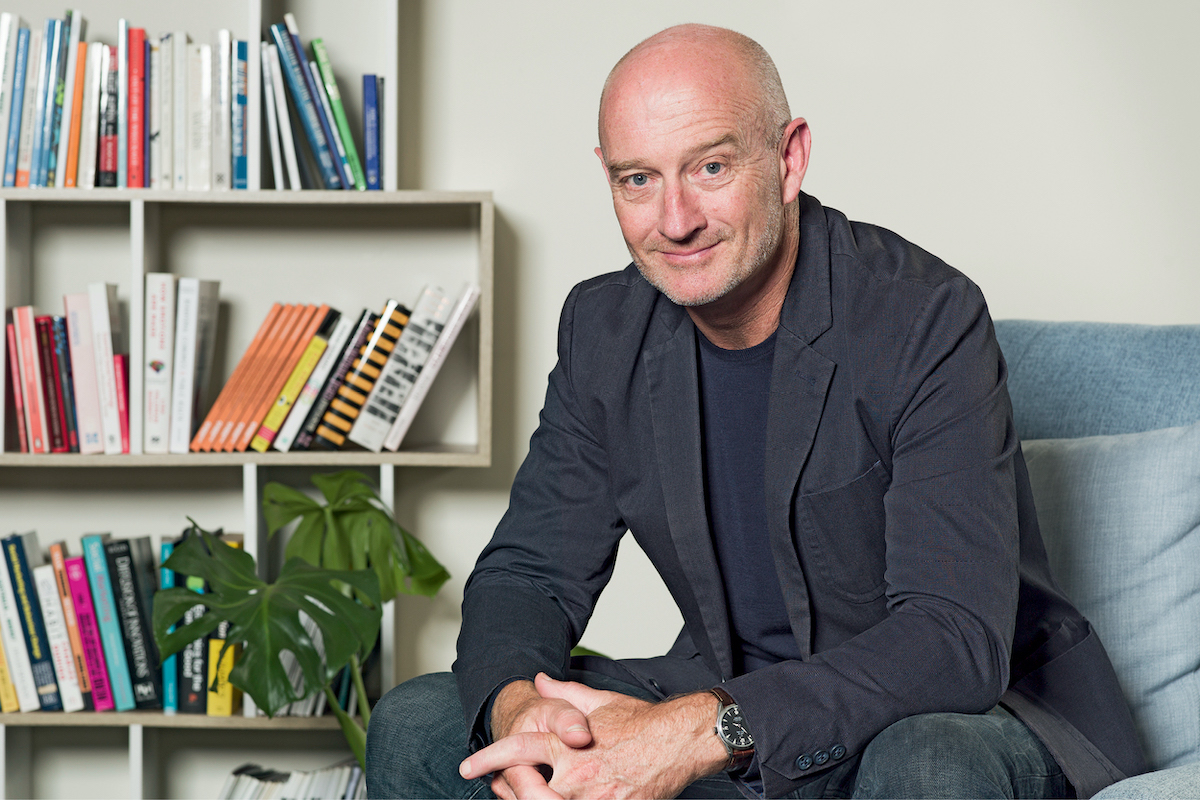 Picture a world without family violence, a world where cyclists are safe when riding beside motor vehicles and a world where older generations are respected and revered for their wisdom. Simply imagine a world that’s better and full of good.

That’s the world the folks at The Shannon Company are out to create. Based in Melbourne, these behaviour-change specialists merge the science behind human behaviours with the creative forces of their team to “inspire change willingly and for good”.

“We’ve developed a rather unique skillset, and certainly a track record second to none in bringing about major behavioural change in society,” Managing Partner Michael Daddo says. “We’re very proud of what we do. And we believe we all have the power to do good as individuals.”

Michael joined The Shannon Company nearly 13 years ago. He’s had a long career in the advertising and marketing industries, spent years in founding management roles and was working with agencies in Sydney and around the globe before coming on board.

When his long-time friend Bill Shannon, Founder of The Shannon Company, approached him about working together, Michael said yes – but only under one condition. “I said, ‘I’m happy to come and work back in advertising and marketing, but only if we’re doing something different to any other organisation’,” he recalls.

“We’ve developed a rather unique skillset, and certainly a track record second to none in bringing about major behavioural change in society.”

“I knew he was strong on doing good and turning our skills into making a difference socially. That was a passion I had as well, so we got together on that and took steps along the way to co-found and co-fund an organisation called BehaviourWorks at Monash University.”

This academic organisation is the sturdy foundation from which The Shannon Company operates. Here, practising researchers and doctorate students study behavioural science to affect change for good.

“When we say for good, it’s good as in good for society, good for individuals, good for longevity and good as in a permanent change,” Michael explains. “This academic rigour that sits behind and underneath our work is brought together with the creativity of our organisation. Inspired Change happens when a behavioural insight is combined with a powerful, emotional connection. This combination has allowed us to work on programs that create that change. During the Millennium Drought in Victoria, for example, our work made Melbourne the best water conserver in the world.”

The company has many successes across a variety of industries like this under its belt. Take its workplace safety campaign. It’s become a worldwide benchmark in reducing injury rates.

Likewise, the national savings program through superannuation and the industry super funds movement is now the pre-eminent financial services category in the country. And it’s currently working on a project about improving nutrition and the consumption of vegetables in Australia.

“In our Behaviour Change toolkit we place huge value on our narrative process,” says Michael. “A narrative is a deceptively simple tool. It is a persuasive piece of writing that is rational and true to the facts. A narrative can motivate the audience by telling a story – a true story – and get them to change for the better.”

As with many of life’s most important works, it’s not always sunshine and butterflies, though. The Shannon Company is often faced with some tough issues to work through in order to inspire behaviour change.

“We make sure there’s an aspect of fun and energy to what we do because we deal with some very heavy topics,” he says. “Things can get pretty heavy going when you spend three years researching family violence. To get through these sorts of issues, you have to have the light and shade in it and try to make it as energetic as possible. It’s important for a creative organisation to have that sense of fun.”

The culture that’s been built at The Shannon Company by Bill, Michael and managing director and partner, Ian Forsyth, fosters this sense of balance. Michael describes it as a very collegiate-and-collaborative approach, in which the leadership group takes a “hands-on” stance around the programs they work on to get their staff involved and feel like a part of the team in the process.

“We work with great people,” he shares. “And not only here, but also our clients and stakeholders. They’re all passionate and talented, and what makes us passionate about the business is the ability to work on projects with them that impact lives and make a difference.”

The Shannon Company will continue to make that difference because one of the defining aspects of this field is there’s always more good to be done. “As long as the world has big social challenges, there will always be a role for organisations like ours,” Michael says.

“There’s much for companies and organisations to gain from understanding behavioural sciences. Creatively applied, they can help to grow their businesses. With the skills we bring, our rigour in behavioural sciences and the creative way we apply them, there are massive benefits for an organisation’s bottom line and its culture. It’s this rigour combined with the creativity of what we do that really sets us apart.”