Though universities, government agencies and private businesses can make for strange bedfellows, Malaysian Industry-Government Group for High Technology (MIGHT) exists at the fulcrum of the three. A not-for-profit government-aligned think tank, MIGHT has operated for more than 25 years, supporting innovation in the public sector and creating a connection between private companies and the Prime Minister’s department. 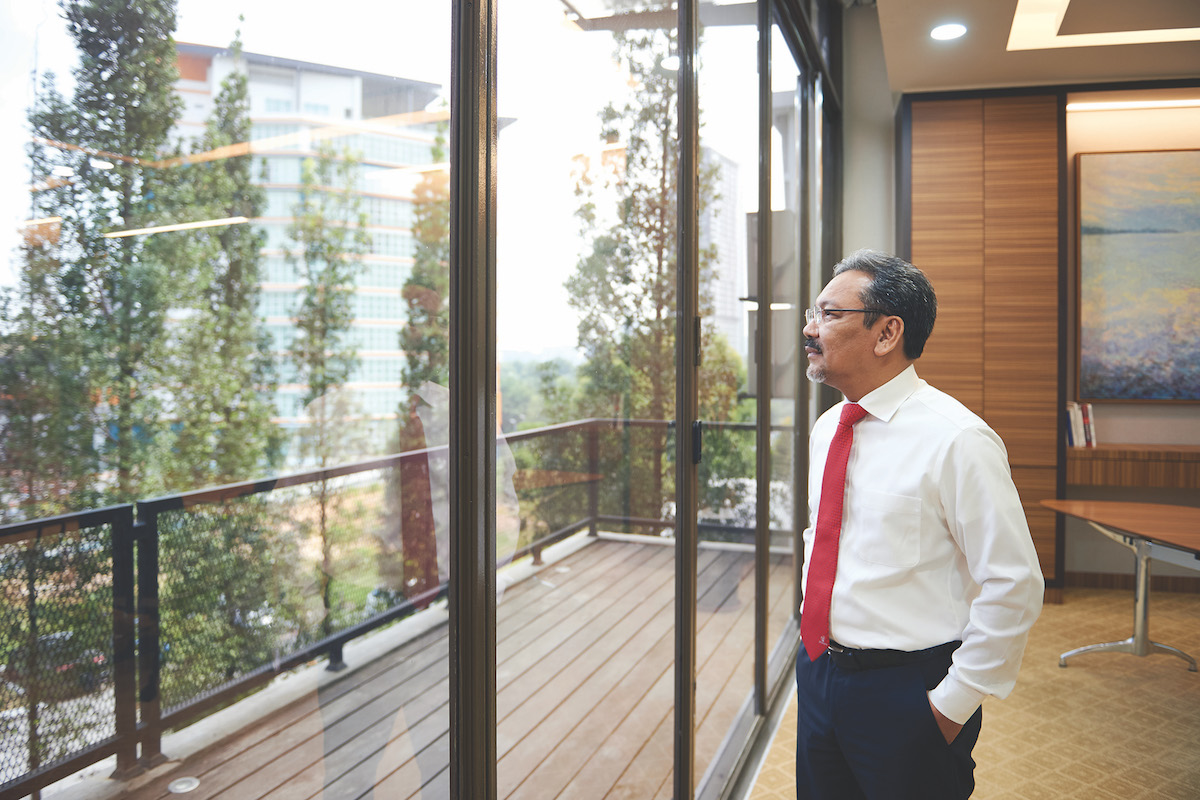 Though one might expect an organisation that brings these three disparate sectors together to be fraught with tension, CEO and President Mohd Yusoff Sulaiman insists that it can help coordinate partners and drive innovation across Malaysia.

“It’s our job to translate political intent into a technological plan,” he explains. “We help businesses understand the intent of the government and its aims. That’s because to achieve an outcome, there must be a strong collaboration between the government, the private sector and universities. We bring the three together, so that we can come up with solutions for Malaysia and find the best way to install them.”

“To achieve an outcome, there must be a strong collaboration between the government, the private sector and universities.”

With more than 35 years of experience across academia and the public sector, Yusoff first became involved with the Malaysian government while working as a university lecturer in the 1990s. “The government had asked for my input on new airspace regulations, and I began working on a report while teaching part-time,” he says. “Once I had completed that and delivered it to the department, I was asked to come aboard full-time and ensure the recommendations I made were implemented.”

Impressed with his work on aerospace industry strategies, Yusoff was subsequently offered a position with MIGHT. Serving as its CEO and President since 2008, he has brought his expertise across a variety of sectors to the agency, driving the idea that meaningful change can only be achieved through collaborative work.

“The government has a role to play in supporting and developing infrastructure for private businesses,” Yusoff says. “In turn, though, they must continue to invest in research, development and innovation, and make themselves as competitive as possible, feeding back to the government how to best achieve goals. Implementing technological innovation through that process is where we have seen
the greatest success.”

With an emphasis on innovation, MIGHT has been instrumental in bringing blockchain and smart city technology to Malaysia in the past decade. By engaging partners across industries, Yusoff insists the country stands to benefit, mentioning his own collaboration with the government on airspace standards in the 1990s. “Whether the technology is new or traditional, it’s a model that is easy to replicate across sectors.”

Citing the emergence of smart city technology as an example, Yusoff says that MIGHT’s work in Malacca City, a UNESCO World Heritage Site, has been successful because it has involved a broad swathe of expertise to deal with concerns around a growing population and tourism.

“When we started that project, we knew Malacca was receiving millions of visitors every year, many of whom were coming from Singapore. The people there were demanding smart transportation, proper waste management and energy efficiency, and we needed collaboration to achieve that.”

Collaborating with The Smart City Alliance, Yusoff says Malacca City has now undergone a total transformation.“It has become a shining example for other cities in Malaysia,” he says. “Of course, it’s a smaller city than, say, Selangor, but it has an excellent foundation that can be followed when it comes to smart city technologies across the country.”

What is MIGHT’s mission?

To serve the nation in advancing competency in high technology through partnership towards sustainable development.

Though MIGHT continues to see success through this strategy, Yusoff admits that it has had to reckon with political realities, with the electoral victory of Mahathir Mohamad in 2018’s parliamentary elections marking a decisive shift in the Malaysian government’s priorities. Still, he says MIGHT plans to stay the course going forward.

“We’re continuing to put together plans and strategies to support our country by identifying the right technologies and engaging appropriate industries and markets.”

Regardless of those concerns, Yusoff remains proud of his work and says he feels a sense of achievement whenever MIGHT delivers projects that prove successful for its partners. “When we put in place strategies in, say, a rural area, we’re happy to see our work supplement a farmers’ income,” he says. “When we see our partners and the Malaysian people benefiting, I’m very proud of my work.

“This is a small, not-for-profit organisation. We don’t have to make money to say we’ve been successful. Rather, our success is based on how well our stakeholders do.

If we can change the mind of companies so they embrace new technologies or practices, then I’m proud of what we’ve done. Those are the magic moments that make me happy to work here.”

What advice would you give to companies looking to integrate new technology?

“Take off your blinkers,” Yusoff says. “Look around; no industry is isolated. You must
look at what is happening elsewhere and know the possibilities and understand what kind of information can come from elsewhere.”

Yusoff says it’s vital to be aware of upcoming technologies while also understanding where the market is headed. “It’s always important to look out at a blue ocean rather than compete in a red ocean, where it’s going to be impossible to make your presence sustainable,” he explains. “Businesses must be more flexible and have a broader outlook and be aware of developments that are happening in the world.” 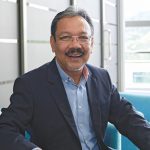