There are many simple businesses whose CEOs will admit that what they do isn’t rocket science. But for Rakesh Sasibhushan, Chair and Managing Director of space technology company Antrix since June 2016, well, that’s almost exactly what it is.

The company is currently in a transitional stage following the Indian government’s February 2021 announcement on the deregulation of the space sector. “It’s a historic decision because for the past 60 years, the space sector was run like a monopoly,” Rakesh explains.

“This deregulation has allowed many companies to look at the Indian space market, and Antrix has a good knowledge of that market. We have been working in the space market both globally as well as within India for more than 25 years.” Rakesh believes that there is a demand for space technology in many countries such as India, South-East Asia and even Africa.

“In Africa, it is sort of an untapped market because of the cost of delivery of the services right now. The major players are not the best service providers under current conditions,” he points out.

“We have been in touch with many companies in the developing nations to provide services, but until now, the lack of capacity in India was a problem. If we can find a partner, however, then we can leverage Indian manufacturing costs. So we are keenly looking at various options and this will be the transition that we are trying to make. This will be a landmark decision for the company.”

Closer to home, though, there are many Indian companies looking for the services Antrix provides, according to Rakesh. “In the near future, India will be a huge market, both for the satellite communication services and the geospatial services market. And once the cost of delivery becomes affordable, then there will be a huge demand for these services,” he says.

We can definitely secure 10% of the market in the next five to seven years.

Rakesh is very positive about potential growth for Antrix as the market moves from a monopolistic environment to more of a market-oriented landscape, and he believes he has the right experience to help Antrix exploit that.

“My knowledge of the Indian space sector, as well as the space technology, allows me to identify the key areas the company has to concentrate on and invest in,” he explains. “That way we can establish ourselves in India’s growing market. And then use that as a leverage to be a global player.”

Regarding the launch market, Rakesh has hopes for evolving the small satellite-based services, which offer huge opportunities. He has Elon Musk’s SpaceX to compete with, however.

“During my tenure, we have launched 104 satellites into orbit, but SpaceX recently broke the world record by launching 143 carried by a single rocket,” he shares. Having worked with India’s government to address taxation issues, Rakesh now believes India’s launch vehicle technology offers the world a low-cost option that can compete with companies like SpaceX.

“The launch market is very competitive, and with prices dropped dramatically, this has made it difficult,” he admits. But by working with lots of startups, including in India, Rakesh believes Antrix is in a position to compete globally.

Whatever the future holds, the company is launching from a very stable base. “The company is performing well financially,” Rakesh reveals. “And employee satisfaction is high. We also have good future technology and have identified the markets we want to move into.” Although as he points out, technology can move very quickly in the sector. “When you work at the cutting edge, technology becoming obsolete is a major threat.” For Rakesh personally, he has experienced many facets of the industry in his career. “I have worked in design, manufacturing, composites, testing, assembly, rocket integration, including liquid and solid stages,” he lists.

“Working in all these areas has allowed me to interact extensively with many industries and committees, and has helped me to understand the pulse of the industry. These are some of the things that I brought with me to Antrix.”

The one potential weakness that Rakesh has identified is Antrix’s need to form strategic alliances with some of its manufacturing partners, but it is a focus of his current role. “It’s key to us if we want to succeed in the future and tap into the markets that we are looking at,” he explains.

“Right now, we are only at the discussion stage. We understand our weaknesses, so we are looking at the strengths of some other companies and how we can work with them to address our weaknesses, as well as theirs, such as in marketing and market access, where we are very strong.”

It’s a great opportunity and with the final pieces in place, Rakesh and Antrix will be in a very strong position, for which he is grateful. “It’s a wonderful thing that the government has done – it will reap a rich dividend as we move forward,” he says enthusiastically.

“It will push Indian space technology further forward in the commercial sector. “There is no reason that we shouldn’t go forward positively, and we can definitely secure 10% of the market in the next five to seven years. It’s a big opportunity and we have to understand that this has opened the doors for us.” 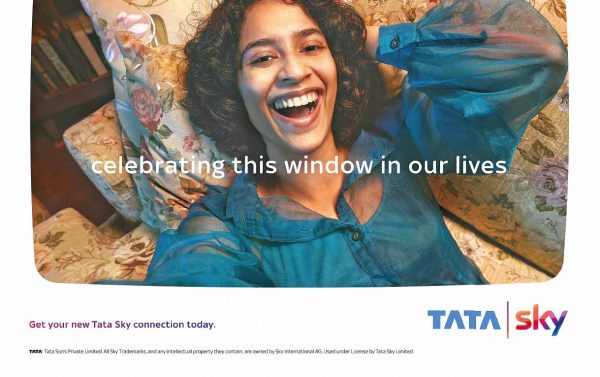