The Clean Up Crew: Richard Enning 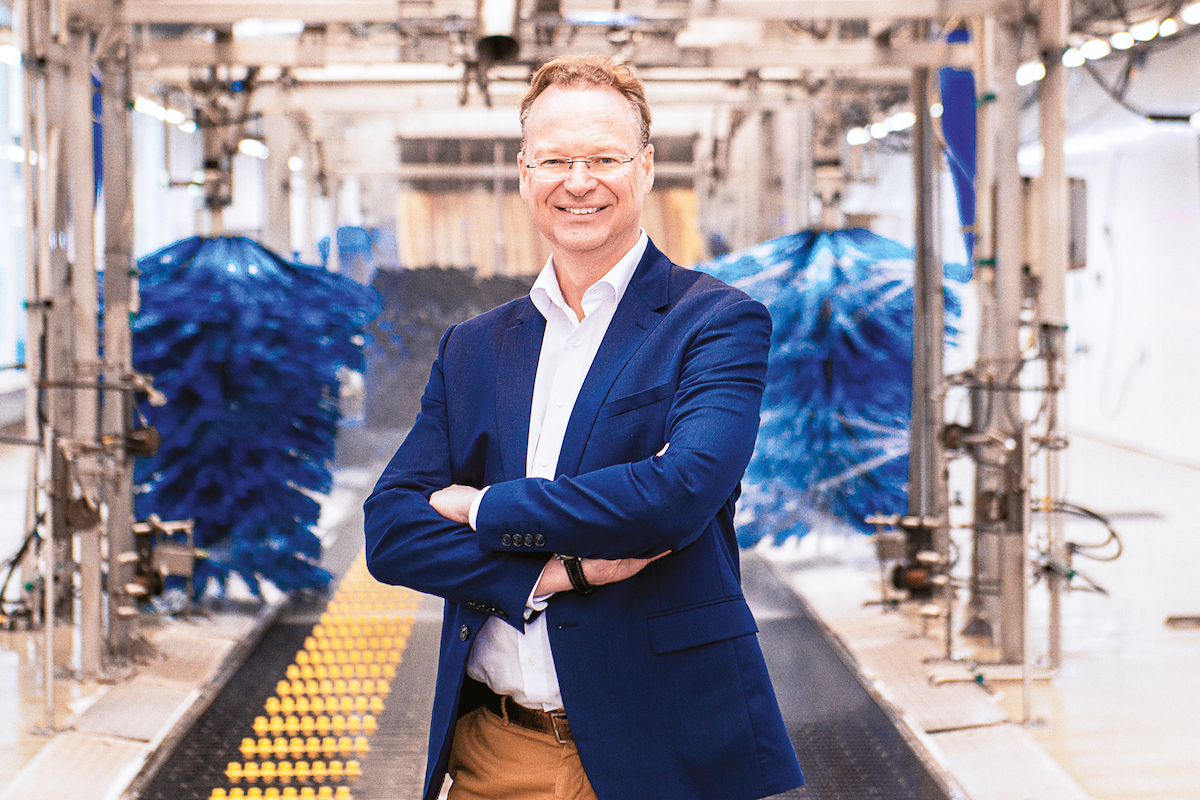 The Germans may love their cars and be very good at making them, but until the middle of the 20th century they weren’t the best at keeping them clean. The honour went to the Americans, who pioneered the conveyor car wash in the late 1940s. But this would change in the 1960s with the arrival in New York City of one German man, Joseph Enning.

He moved to the US for work and was impressed and inspired by the scale of the car washes he encountered there. In 1964, he moved back to Germany and brought with him the idea of establishing an American-style car wash in his home country.

Mr Wash was founded. Today, Joseph’s legacy lives on through his son, Richard Enning, who joined the business in 1993 and is now at the helm as CEO.

Recalling childhood memories from the car wash, he says, “I was only four years old when the company was founded, and I remember never having typical family weekends. Saturdays were always the busiest time of the week for the business, so it was a full working day for us, and the whole family was involved.”

From this humble family-run set-up, Mr Wash has now grown into a business that employs 1,600 and has 35 locations scattered throughout Germany.

Applying the same penchant for engineering that has led to the country’s thriving automobile industry and the entrepreneurial spirit that Joseph had instilled, the company has built a network of state-of-the-art car washes that has far surpassed the American counterparts that first inspired them.

“My dad was always thinking about how he could improve the process and how he could remodel the equipment,” Richard recalls. “I would say that the first 20 years of Mr Wash’s development was driven by technology. Eventually, he set up a facility where he had a small team of about four or five people working on creating our own machines.”

This facility still exists, although it houses a much larger team today. “We don’t buy our equipment off the shelf because we can’t get exactly what we need. Our machines need to be durable enough to deal with the high usage we have,” explains Richard.

The Mr Wash in Stuttgart, for example, can handle up to 500,000 cars per year. However, innovation in the equipment alone would probably not be enough to manage such a high volume of vehicles; it had to be combined with heavy investment in Mr Wash’s building infrastructure.

The firm was the first to introduce the double conveyor belt car wash, with two tunnels side by side to allow more cars to be serviced simultaneously. “Architecture also started becoming much more important at the end of the 80s, when our sites started getting bigger,” Richard says.

“We began looking at prime real estate in major cities, where officials would usually prefer to have nice hotels or office buildings. To get ourselves into these locations, we had to offer building designs to suit the locations. When people hear that a car wash is going to be erected at the corner of a main street, they usually get a certain picture in their heads, and it’s not a flattering one.

“But we want our customers to say, ‘Yes, this place is more sophisticated than the others’.” With the equipment and infrastructure in place, the team then turned its attention to perfecting its service.

“Even now, about 70% of our customers are male,” Richard estimates. “To entice more female drivers to Mr Wash, we studied how the experience could be made more pleasant to women.” 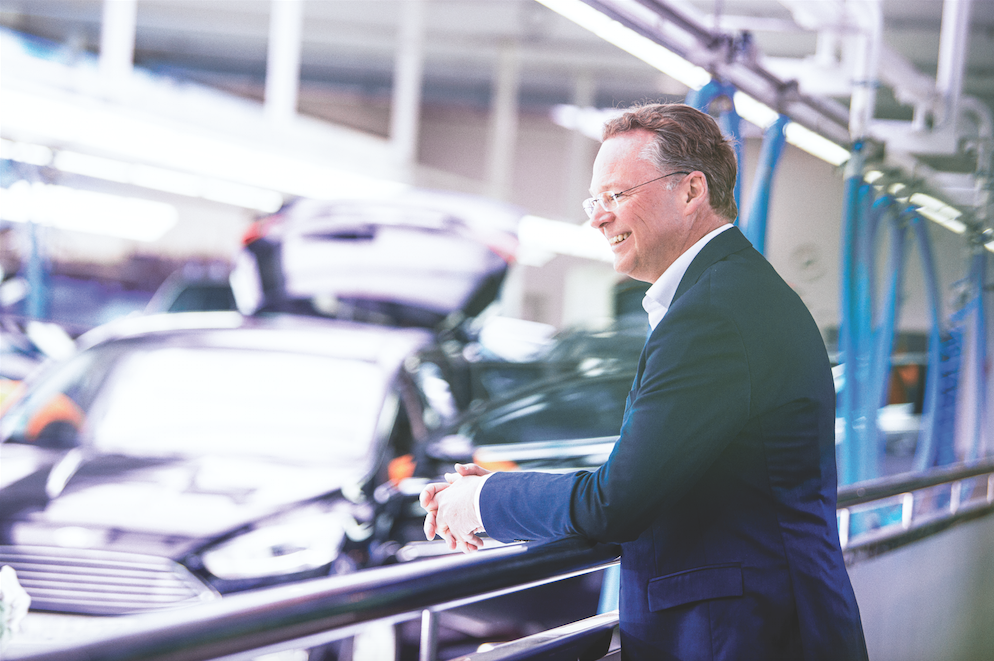 Following feedback from customers, the tunnels were made brighter and behaviour that could appear hostile, such as an employee standing in front of the car and spraying it with a high-pressure foam gun, was removed. That was not all.

“For us, one of the most important aspects of the customer experience we want to provide is to ensure that there are never any sudden stops,” Richard reveals.

“I like to compare it to being in an elevator – it’s never a good feeling when an elevator stops suddenly, and you are left hanging. Likewise, we don’t want our customers to experience being stuck in a tunnel on a conveyor belt, not knowing what has gone wrong.

“To prevent such occurrences, we have invested a lot in security technology that keeps the belts rolling through the tunnels. If, despite this, a stop happens, we have a policy of informing the customers as quickly as possible for the reason behind it.”

Technology may have been front and centre for the business in its early years, but Richard says the firm’s focus has now evolved. “It used to be that we used cutting-edge technology that the customers had to adapt to. Today, it’s the other way around – our technology follows the customers’ needs.”

Satisfying these needs cannot be the sole responsibility of a bunch of machines. The human factor is equally important and, for this, Richard depends on a highly valued workforce.

“I am not a fan of the term ‘human resource management’ because to me, humans are not just a resource,” he says. “Businesses have a tendency to differentiate people based on their roles – whether their role is as a customer, or an employee – and treat them differently. But to me, everyone is just a human being, and the goal is to ensure that all are happy. If employees are happy, they will do their jobs in a way that makes the customers happy.

“It’s not something that can be forced. You can’t write on an employee manual that they have to smile when customers come.” The firm embarked on its employee engagement journey around five years ago and is already reaping rewards.

“We are seeing more repeat customers. Our revenues and profits are going up,” Richard says. “This has created stakeholder value, which I am a big fan of, because it means that we are able to increase wages. Everyone benefits.”

When Richard thinks about the future, he predicts that car sharing will be more prevalent. However, he does not expect this to affect his business.

“There’s a lot of talk about how mobility will change in 10 or 20 years. Of course, it wouldn’t be the same. I don’t know what the cars of the future will look like or what type of engines they will run on, but I am sure that vehicles will still exist, and they will still need to be cleaned. It’s really a basic need.”

Instead of seeing private car owners coming to Mr Wash to get their vehicles cleaned, Richard imagines that in this version of the future, the firm may handle more business-to-business transactions, working with car rental companies that require a partner who can handle high-volume maintenance for entire fleets.

“Perhaps in 20 years’ time, we will even have self-driving cars that automatically take themselves to the car wash at three in the morning and then return to where they are stationed ready to begin the next day as clean cars,” he says.

No matter what the future holds, Richard is convinced that the only way for Mr Wash to go is up. “We have a team we call the Leading Circle, which comprises four people who we believe are capable of taking the company into the future.

“One of the major milestones of running a growing family business is finding the right moment when you decide that it’s no longer enough to keep it within the family, and we are getting close to that right now.” 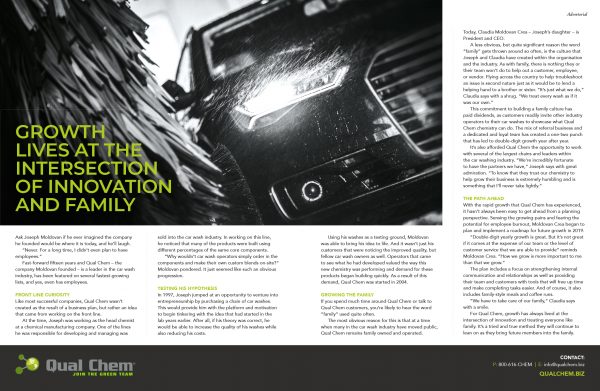