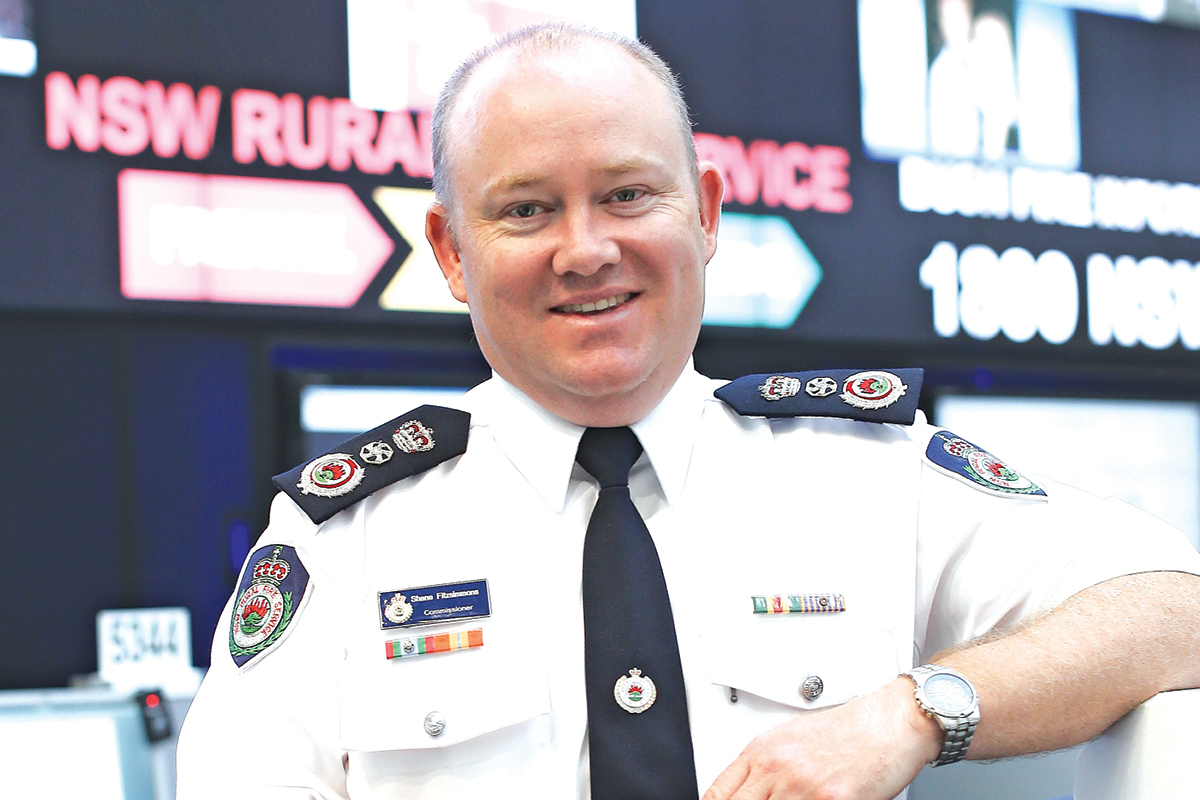 A source of knowledge and experience for fire and emergency service organisations both in Australia and globally, the New South Wales Rural Fire Service (NSW RFS) is the world’s largest volunteer fire organisation, serving approximately 95% of the state – a region known for its devastating bushfires.

The cool, calm and steady leader at the head of this established organisation, Commissioner Shane Fitzsimmons, has been fighting fires since the age of 15 when he joined the Duffys Forest Rural Fire Brigade to defend the bushland around Sydney’s northern suburbs. At 49, Shane is the youngest commissioner in RFS history, having served at almost every level of the business as both a volunteer and salaried officer since 1994.

In June 2000, Shane faced his greatest challenge – in life and at work – when he lost his father George in the Ku-ring-gai Chase National Park after a routine hazard reduction burn became uncontrolled, killing four National Parks and Wildlife Service officers and injuring three more. “It was an awful period in my life and in the lives of those affected.

I wish I could have just five minutes with my father to get to the bottom of what happened on that day, because we still don’t know exactly what happened and why it happened,” he explains.

“For a fleeting moment, I did think of leaving the job and giving it all a miss. If someone like my Dad could lose his life in a routine hazard reduction burn, what chance was there for the rest of us?” But, after a great deal of reflection and sitting through the coronial inquiry, Shane realised that this terrible incident had only strengthened his resolve to ensure fatal accidents like this one never happened again.

“I want to make sure we provide the best training, equipment and operations for our people to maximise their safety, because too many volunteers have already paid the ultimate price in trying to serve and protect their community. Every family has the right to expect their loved one to return home after a shift.”

“Every family has the right to expect their loved one to return home after a shift.”

Comprising an area of 800,630 square kilometres, New South Wales occupies around 10.4% of Australia’s land mass. The NSW RFS now has jurisdiction over 99% of the state’s land area – a significant achievement considering coordinated firefighting was non-existent during the 19th century, when many landowners were forced to defend their own properties.

Following a series of severe fires at the beginning of the 20th century, NSW RFS was established under the Rural Fires Act 1997, redefining the world’s largest fire service and building on a century of experience in protecting some of the most fire-prone areas on earth. Today, the organisation comprises more than 2,100 rural fire brigades and around 73,000 volunteer members.

After more than 30 years of service, the most important thing Shane has learned is that it’s all about people. “I work closely with a team of men and women who’ve come together from different backgrounds to form a highly resourceful and initiative-driven team that wants to serve and protect the community,” Shane explains.

“I’ve learned to never underestimate the power of the people. In this organisation, we have everyone from home carers and retirees, to university students and tradespeople, doctors, lawyers, nurses and academics – together, we are capable of great things.”

Even before becoming NSW RFS Commissioner in 2007, Shane had played a central role in the company’s transformation.

“When I started in the 1980s, volunteers had to buy their own clothing to fight fires – which usually meant a set of overalls and a pair of second-hand boots from an old army disposal store – and we converted ex-army trucks into fire trucks,” he explains. “Today, we set the global standard when it comes to protective apparel, equipment and operations. Our website is a core source of live information tied into smartphone apps that can send messages directly to people if they’re at risk.”

Over the past decade, NSW RFS has worked alongside the Bureau of Meteorology to merge scientific evidence with its everyday operations to better predict fire behaviour and spread.

“My philosophy is very simple: professionalism isn’t about whether you are paid for what you do, it’s about what you do and how you do it. If we equip volunteers with second-rate equipment and training, how can we expect first-rate service?” he asks.

“We pride ourselves on our investments in all those areas and, year in, year out, our members deliver services that are second to none, not only in New South Wales but also overseas. Our volunteers travel all over the globe to train and develop community-based fire organisations and have worked alongside their salaried counterparts in some of the most challenging fire seasons in Canada and North America.” 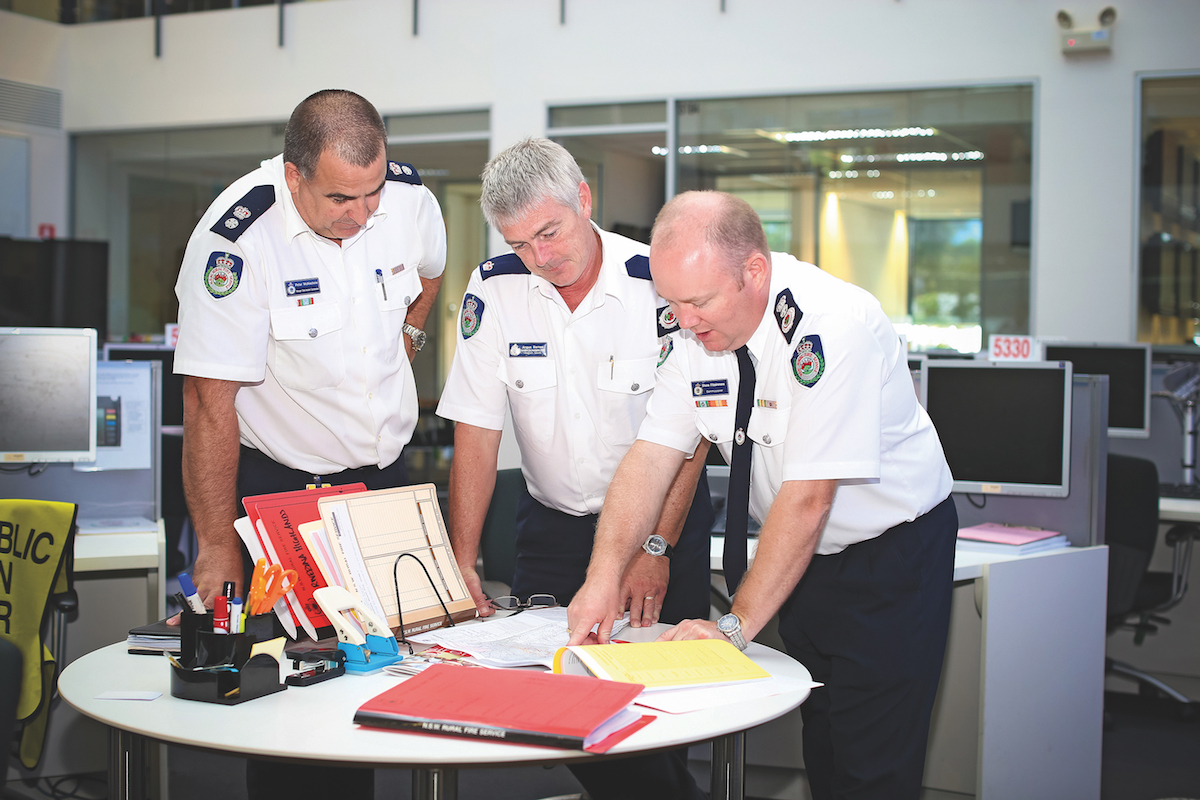 Given the unpredictability and uncertainty associated with fire and emergency services, Shane says his biggest challenge is ensuring a viable and sustainable volunteer workforce in the future.

“The people and processes we have in place today are not going to be the people and processes of tomorrow – and neither will the environments we operate in,” Shane explains. “We have to constantly look at social and demographic drivers that influence our volunteers, such as how busy they are, what motivates them, and how much they can or want to give. We pride ourselves on saying there is a role for everybody in the RFS, as long as they align with our mission and values.”

Shane’s line of work is affected by everything from changes in land ownership practices and demographic shifts, to climate change and natural disasters. “The biggest question we have to ask ourselves is, ‘What are the New South Wales communities of today going to look like tomorrow?’ We have to look at the science, understand it, and predict as best we can what’s to come. This means taking into consideration community demand, because the more we do, the more society demands.”

NSW RFS comes under massive public scrutiny, not only from parliamentary inquiries, but also civil actions, lawsuits and, of course, media scrutiny. “Society looks to us to fix problems, deliver solutions and minimise damage, so we have to keep investing in research and development to build evidence-based decision-making processes,” says Shane. “We’re also competing with every other department for government funding, so we have to make sure our argument is robust and meaningful, and that it presents good value for money.”

Shane believes that to lead, leaders must first understand their own strengths and limitations. “A leader should always see themselves as a leader among equals. We’re an organisation made up of 99% volunteers and 1% staff, so the volunteer culture is very strong. Mutual respect goes a long way towards building trust, and with 73,000 members, we are constantly having healthy debates and consultations to ensure everyone is heard,” he explains.

“There’s an amazing sense of camaraderie and belonging – we’re like a big family. We’re seeing a rise in the number of young members and female members, and we’re putting an increased focus on the fitness and wellness of our members to ensure they have the ability to perform at their best.”

While he loves celebrating victories, Shane believes it’s most important for him to be present when things go wrong. “My job as Commissioner, particularly when we have difficult and dangerous fire situations unravelling in front of us, is to work with my team to understand the risks, discuss our options, and decide on the best strategy,” he says.

“Even with all that planning, there’s still a risk that something will go wrong. If that happens, I’m the one who has to take responsibility. And when it goes right, I have to acknowledge and reward those who made the right calls and give credit where credit’s due.”

In the late 2000s, a series of large fires burnt out more than 11 million hectares of land in Botswana in southern Africa. The fires resulted not only in loss of life, but also significant environmental damage, with an estimated 17% of Botswana’s wildlife destroyed. With so few members of the community trained to fight bushfires, the Botswana government looked to the NSW RFS as a model for developing its own volunteer fire service.

Over the next five years, hundreds of NSW RFS staff and volunteers travelled to Botswana to provide basic firefighter training and provide surplus equipment, apparel and fire trucks to the local communities. “We had incredible feedback from the authorities and local people in Botswana,” Shane explains. “We sent some of our best men and women, which happened to be mostly volunteers, and the local people were very impressed with our ability to adapt to local conditions and challenges.” 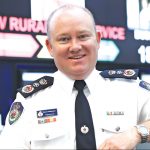