Rare is the resume that features the tallest building in Shenzhen. With a height of 599.1 metres, the Ping An International Finance Centre doesn’t just dominate the city’s skyline; it’s also the second tallest building in China and the fourth tallest in the world. Another place the Ping An building towers above its peers is J Roger Preston (JRP) Director Joseph Leung’s list of proudest achievements. “Super highrise buildings like Ping An, the 2IFC at 400 metres high and the ICC at 500 metres on Victoria Harbour are breakthrough projects for us,” he says. “They lead to continuous success for the company. That one in particular is quite a landmark building, and as a project, it set a perfect example for the staff who’ll follow us.”

Joseph’s emphasis on his team is a product of company culture. First established in Hong Kong in 1962, JRP has built itself into one of Asia’s leading engineering consultancies on the back of teamwork and shared knowledge. “It’s said that you cannot modify a culture, but you can cultivate one, and that’s true for JRP,” he says. “Our culture is firmly centred around teamwork. We’re a family: we’re brothers, sisters, elders, respected people and very talented design engineers. Because of this, we’re all able to take pride in every project we take on.”

According to Joseph, the JRP team’s purpose is to meet the needs of clients. “We make a point of fostering strong communication skills among our staff, because that’s how you determine exactly what a client wants,” he says. This applies to everyone. “All our directors in every office are very hands on.

They need to have that practical knowledge in order to secure a project; the client must feel as though the entire company is on the same wavelength, that the most senior people can speak to every level of the project with confidence.”

Similarly, internal communication is also a priority. “For engineers just starting out with us, a lot of comfort and trust comes from the fact we have an open-door policy. They can always come to us for discussion and debate” Joseph explains. “We work on very diverse projects – residential, commercial, super high-rise, hospitals, data centres, heritage revitalisation – on the back of our extremely comprehensive ‘design database’ on archive for all JRP offices and are well supported by internal ‘cross-team design critique sessions’ to debate and share collective wisdom, knowledge and experience.” In this way, he believes staff members feel more emboldened to innovate and trust their decisions. “That’s how you get to be a trusted engineering partner to so many clients.”

After almost 60 years, that’s exactly what the company has become. With a strong track record and a formidable portfolio of designs around the world, clients know what to expect when they approach JRP. “They know we’re innovative, responsible and able to handle every aspect of the project from start to finish,” he says. “A project’s success is a client’s success, which is JRP’s success and ultimately, our employees’ accomplishment. It’s win-win for everyone.”

For Joseph, whose journey with JRP began as soon as he left university almost 40 years ago, the legacy of his company has become ingrained in his approach to work. Sharing JRP’s history, he explains, is to make potential clients feel comfortable and to see how the business has prospered, adding value to their projects. “Of course, they’re looking for the latest innovations and future-smart building designs; we provide those, but our past is our reputation and credibility,” he says. 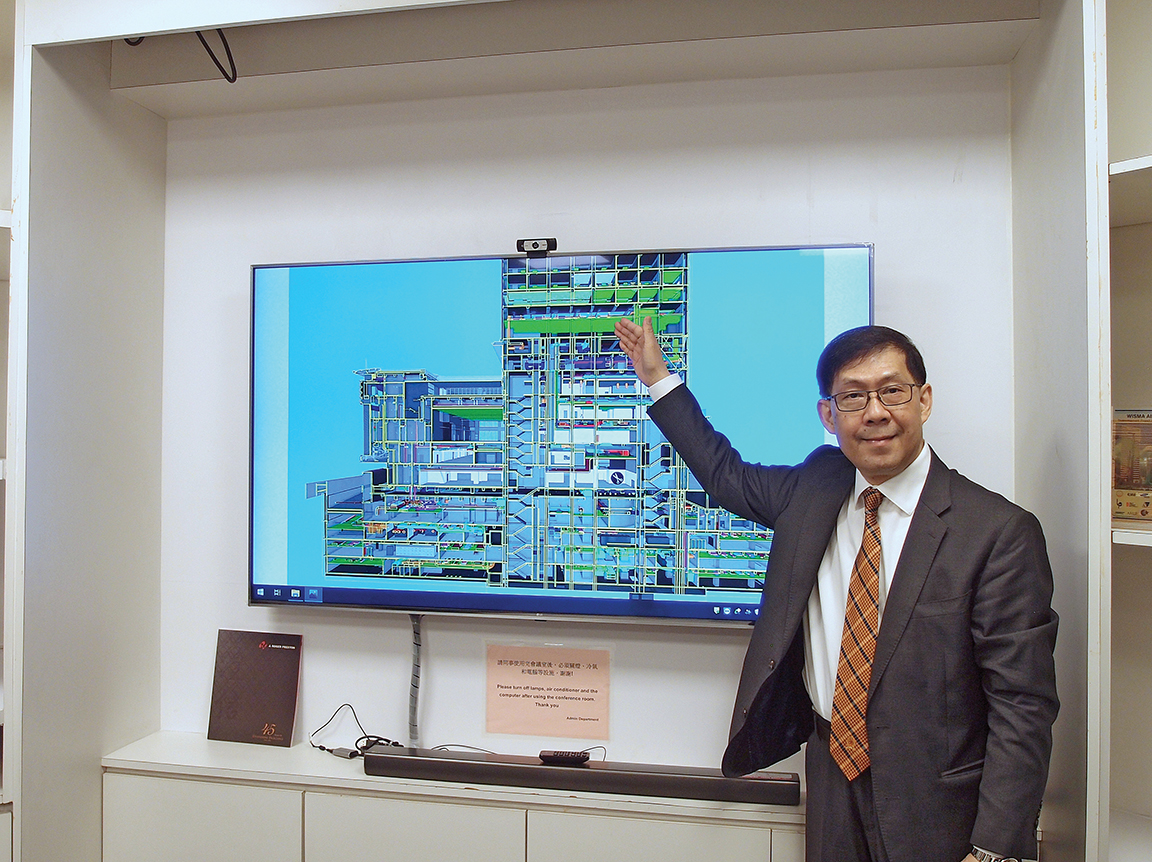 The future, on the other hand, is innovation, sustainability, environmental responsibility and the global trend for digitalised design to enable the more efficient day-to-day running of premises. JRP has invested in proprietary engineering software, cutting-edge hardware, 3D BIM and expansion into growing economies. “We have an office in Ho Chi Minh City already,” Joseph says. “We’re also looking at Hanoi, the Greater Bay Area and the Philippines as time goes on. Growth, whether it’s via organic expansion, merger or acquisition, is one of our biggest considerations moving forward, and we’ll be looking carefully at that over the next 12 months.”

However, it is the projects, developments and construction that remain JRP’s bread and butter. “I try to attend every groundbreaking ceremony, every topping out ceremony, purely for the happiness of seeing the client and company succeed,” Joseph smiles. “And knowing it’s not because of you, but because of the entire team.”

It’s this level of dedication that exemplifies JRP’s ‘long game’ way of doing business. “Our commitment to these projects isn’t simply for the duration of the build. We have to make these projects live for the next 50 years. That’s the weight on our shoulders.” 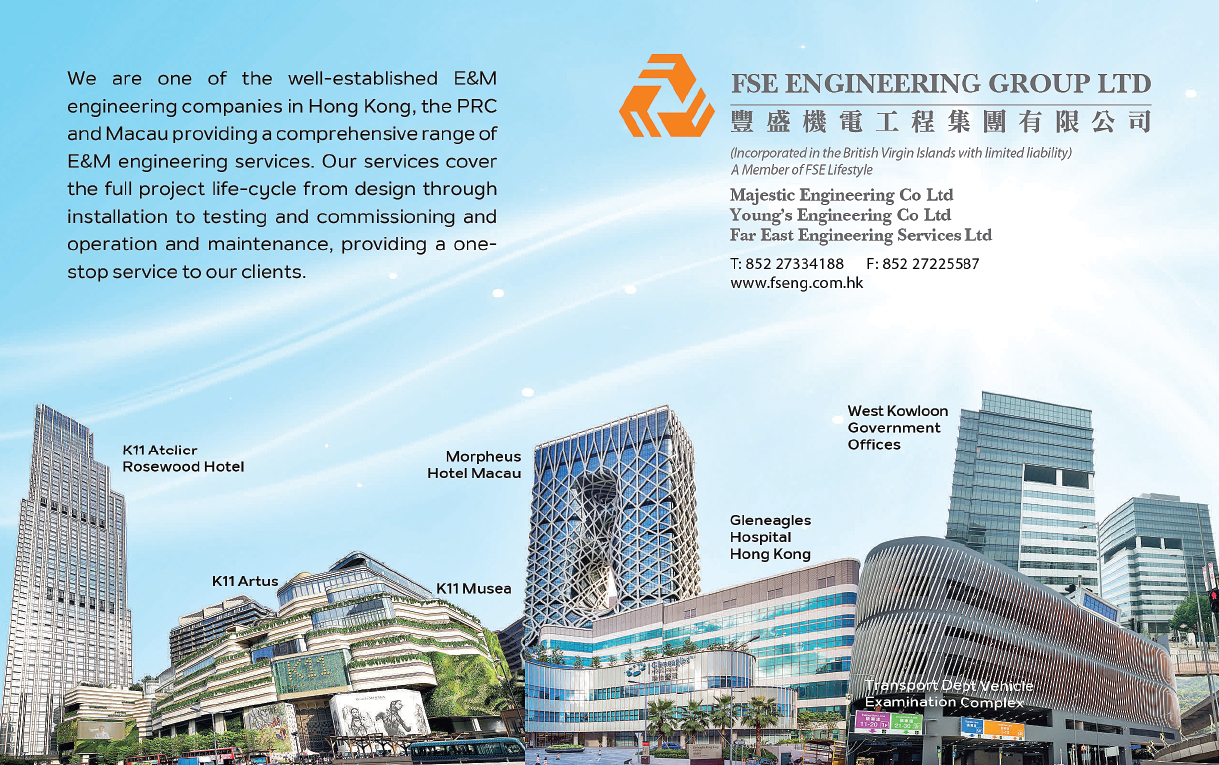 “FSE Engineering Group has a strong working relationship with JRP, having partnered in many prestigious projects in Hong Kong, Macau and Mainland China for over 30 years. JRP has demonstrated professionalism, expertise and knowledge in the engineering field across various sectors.” – Thomas Soon, Executive Director, FSE Engineering Group 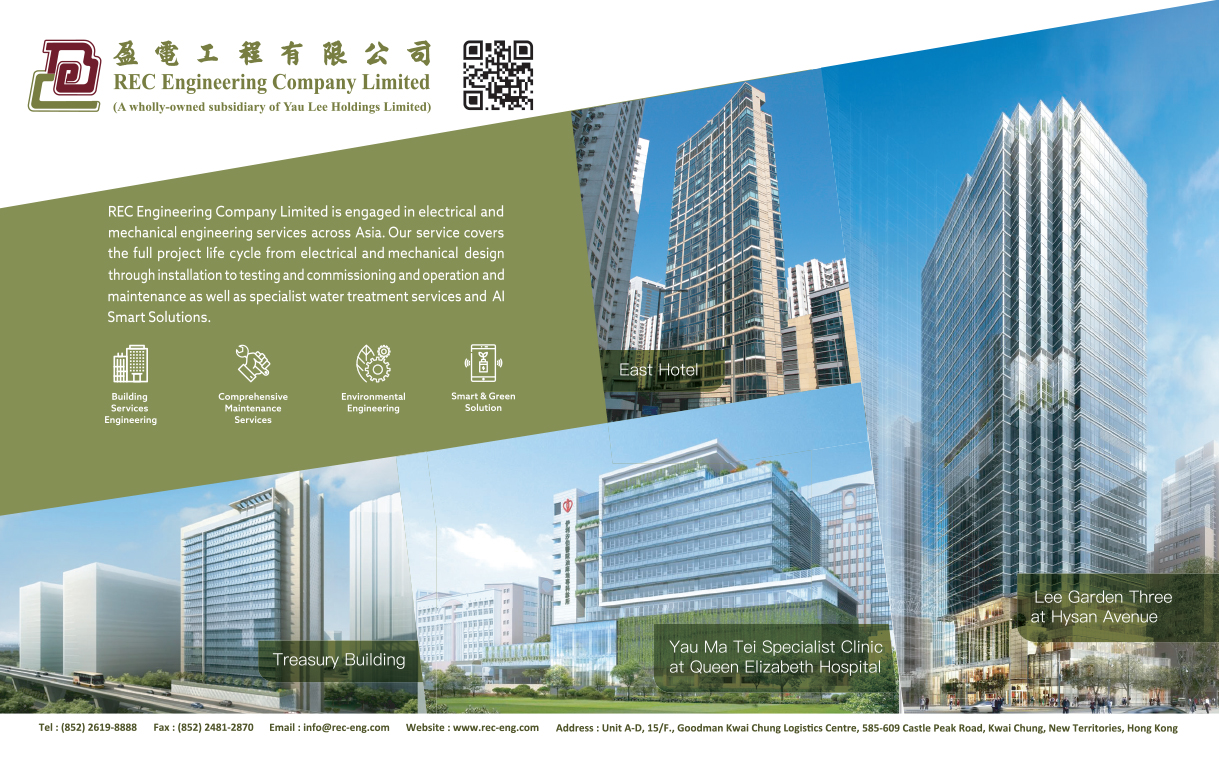 “Over the last five decades, JRP has proved to be a premier MEP consulting engineer offering excellent engineering design in the region. REC Engineering is proud to work with JRP for the betterment of the construction and engineering industry, leading in designing and building intelligent buildings of tomorrow.” – Ir Antonio CM Chan, Deputy Managing Director, REC Engineering 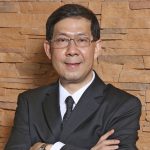