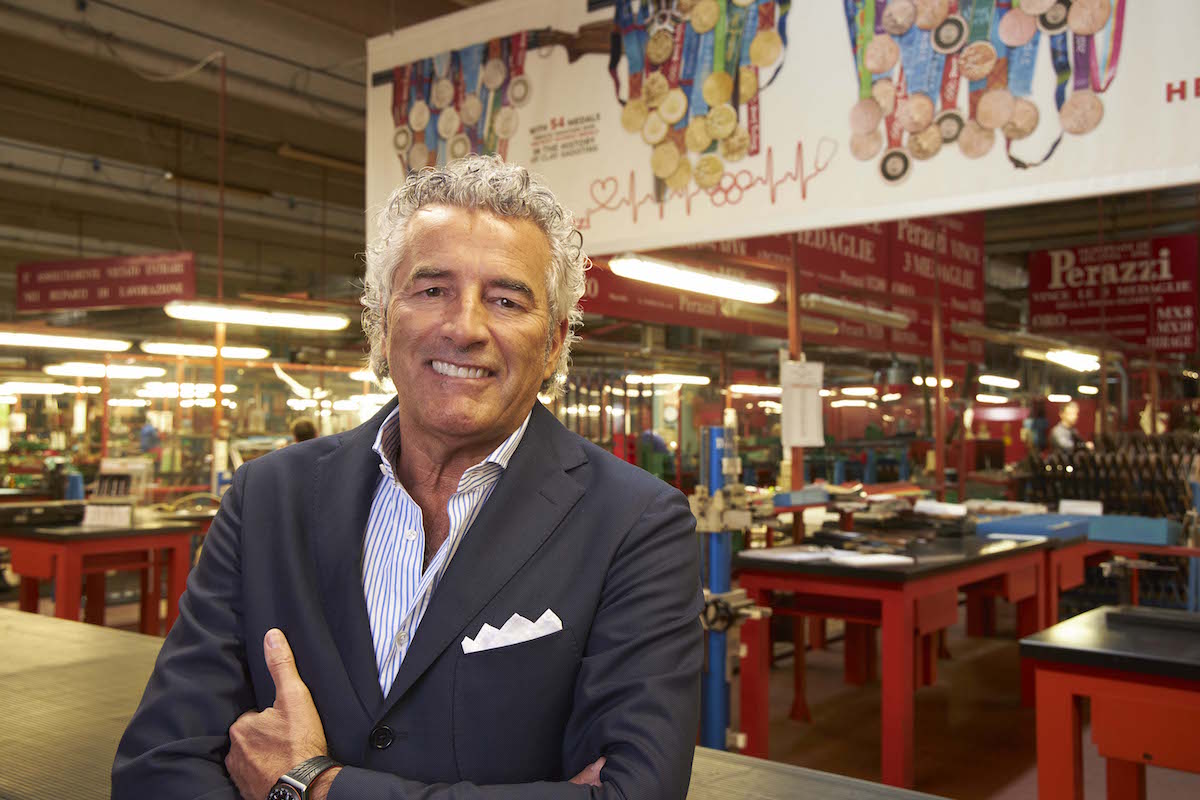 Having worked with politicians, executives, celebrities and Olympians for most of his life, Mauro Perazzi, owner of Italian bespoke firearm manufacturer Armi Perazzi S.p.A., is hardly ever awe-struck.

He admits though that when he worked with King Juan Carlos I of Spain, he was taken aback by the royal’s humility.

“When he came to the workshop, he had a police motorcade and there was an extensive security detail hidden everywhere just to keep him protected,” he recounts.

Remembering that day and the fanfare surrounding his arrival, Mauro says he was struck by the King’s affability. “That was important to me,” he explains.

“We treat everyone the same, from the humble everyman to the King of Spain. That’s reflected in our products; we don’t adhere to a tiered or class-based system. We give the exact same care to everything we produce.”

For more than 60 years now, Perazzi has become well-known for its standard of customer service. Inviting all his clients to his workshop in Brescia, Italy, Mauro says that he aims to shake the hand of every customer who comes through the door, emphasising that the standard of service he offers is as important as the quality of products he delivers.

“When you put so much effort into the products like we do, it’s an honour to meet the customers who come from all over the world to buy them. As a sign of my gratitude, I must deliver a great service, because it’s great service that’s behind every great product.”

“My father taught us to value our time.”

With sizable markets throughout the world, Mauro says that commitment is the single most important characteristic of the companies he chooses to partner with.

In Scandinavia for example, Mauro has worked with Staffan Schullström, CEO of Mauritz Widforss AB, to help bring the Perazzi brand into Sweden. As the company’s official distributor in the region, Mauro is effusive in his admiration for him and his work.

“Ninety per cent of what we manufacture is exported,” explains Mauro. “We’re popular all over the world, and in Europe, I rely on Staffan to help bring people to the brand. He’s a good friend and a gentleman, and I admire his professional style because I know that when we work together, the customers will be treated well.”

When asked where his commitment to good service came from, Mauro says it was a value instilled in him by his late father, Daniele Perazzi.

Himself the son of a penniless Italian shoemaker who came of age during World War II, Mauro says Daniele was a modest man, picking up odd jobs as a young adult to help his family make a living. 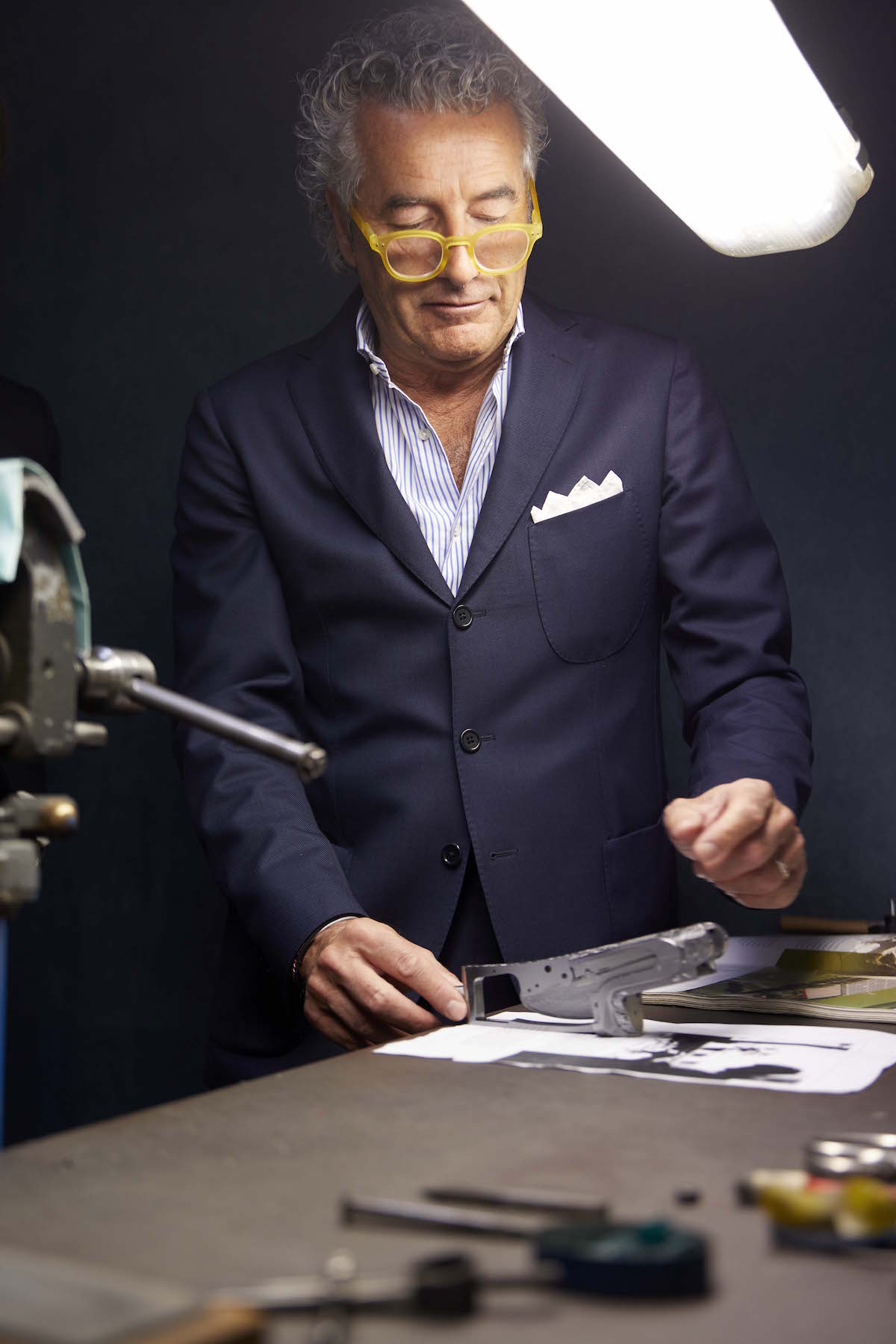 “He refused to give up,” recounts Mauro. “He came from nothing and managed to create a well-respected company with a worldwide name.”

Having created his first patent at the age of 16 and opening his workshop out of the family house less than a decade later, Mauro says he became fascinated with his father’s commitment to his work.

“As a child, I’d finish my homework, go downstairs and see my father with his head down, chipping away at his work. I have this memory of him sat there, at the workbench, dressed the same as everyone else and using the same tools. I’d tug on his jacket, give him a kiss, and he’d turn around and tell me, ‘You’ve got to do your homework!’

“I have a lot of memories like that, such as going outside with him to test what he was working on … I found his work to be so fascinating.”

As Mauro grew older, he says he instinctively knew he wanted to work in the family business. Working 12-hour days together, he fondly recalls business travails with his father, such as haggling with salesmen in Turkey or travelling around the US interacting with business partners.

As the two grew closer, Mauro jokes that he got to know his father “better than my mother did”.

Although Daniele has now passed away, Mauro says his father’s commitment to service is imprinted on the company’s culture. Now, with Perazzi’s products a favourite of the elite and sportsmen throughout the globe, Mauro is carrying forward the brand with the help of his sister, Roberta, and his son, Nicola.

“My father taught us to value our time,” he says. “He reminded us that it was possible to come from nothing and make something for yourself if you care about the work and care about your customers.” 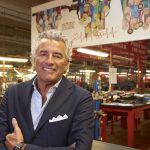