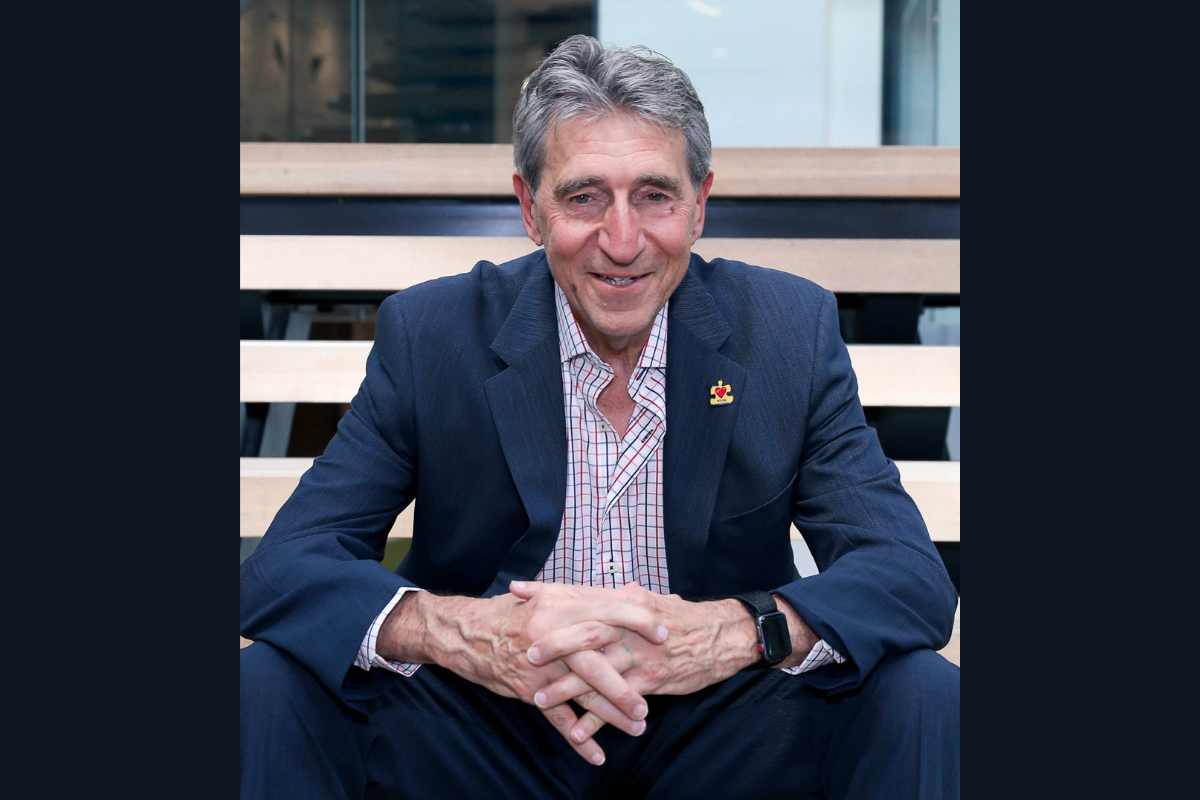 Long runs in the wilderness, workouts in the garden, yoga via YouTube – when it came to fitness during the pandemic, many of us had to get creative. With gyms in most countries forced to close in an effort to stem the spread of the virus, people found new ways to keep fit.

While some thought this may be the start of a permanent shift, that simply hasn’t eventuated, according to David ‘Patch’ Patchell-Evans, the Founder and CEO of Canadian gym chain GoodLife.

Rather than making gyms redundant, the COVID-19 pandemic has, in fact, had the opposite effect, according to Patch. “There’s a huge crisis now more than ever, of people not looking after their health, and COVID-19 made it even worse,” he reflects.

“Unless you were incredibly motivated to work out in your tiny little apartment or well off enough to buy some expensive toy to exercise, you didn’t get to exercise.”

It represents an additional challenge for a population that is already aging, placing pressure on healthcare systems worldwide. And while people in search of a ‘quick fix’ can access a variety of tech-powered tools, Patch stresses that such solutions wouldn’t be necessary if they simply prioritized their fitness in the first place.

“Hospitals are fantastic at looking after the accidents that happen to us, but we have to be fantastic at doing anything we can do to prevent illness and mitigate the risks,” he says. “There’s the very simple premise that if you exercise three times a week you feel better, your quality of life is so enriched that you actually get to be what nature intended you to be – a functional animal.”

This has been Patch’s purpose ever since he founded GoodLife in 1979 – to improve the quality and length of people’s lives. Back then, going to the gym wasn’t as commonplace as it is today. “Now people know it’s an option, they know it’s good for you,” he says. “We’re just helping them get the confidence and the courage to look after themselves.”

While plenty of elite athletes choose to train at GoodLife clubs, the chain’s goal is to attract ‘everyday’ people. “We have far more people aspiring to live their best life and that’s what it’s about. That was the original driver and that’s still the driver,” he says.

It’s a business built on a purpose that endures even after all this time. “We’re a 43-year-old example of how you can be ethical and successful simultaneously,” he continues. “It is possible to do the right thing and win – a win for your clients, a win for your staff and a win as a business entity.” 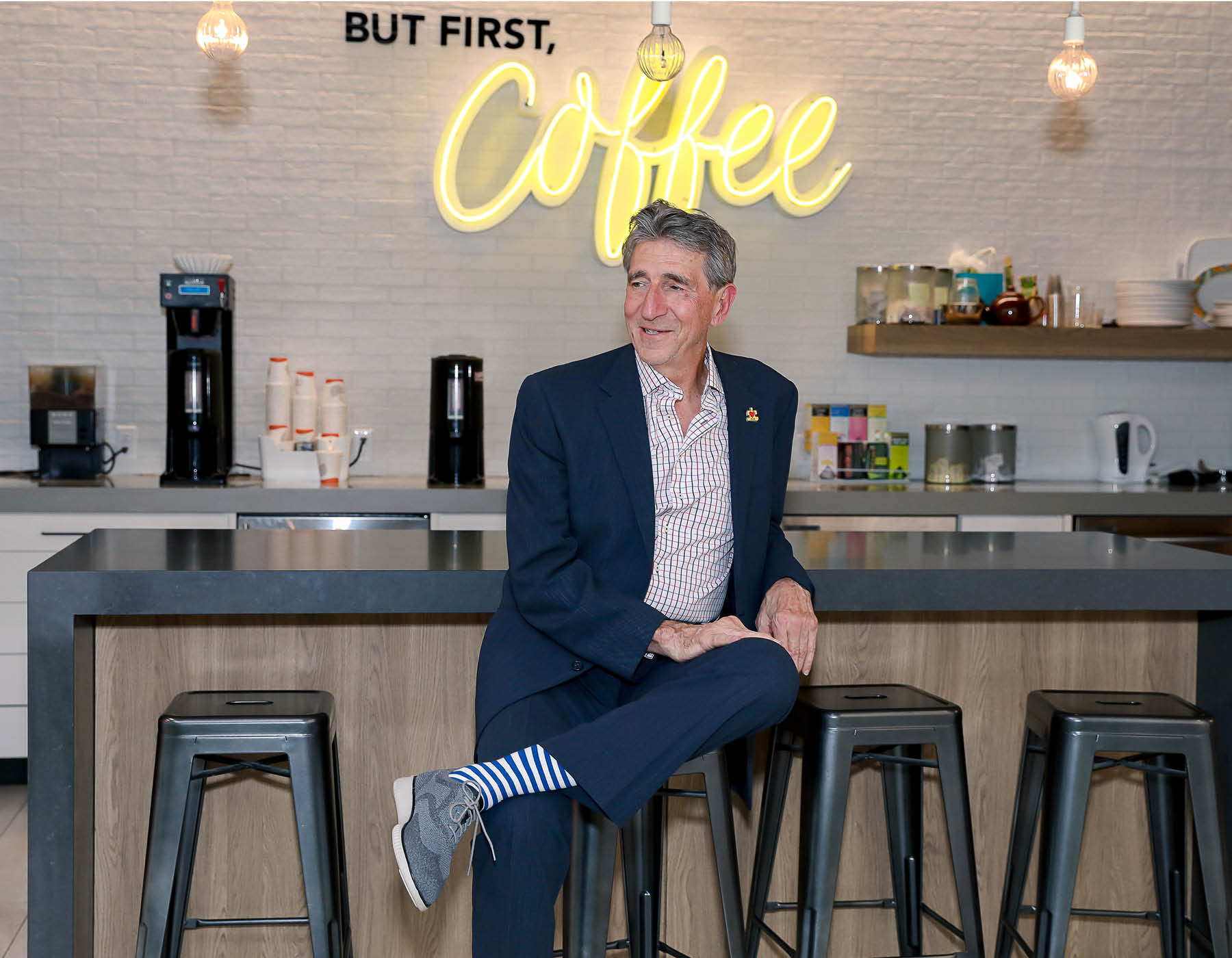 We’re a 43-year-old example of how you can be ethical and successful simultaneously.

There are now more than 250 GoodLife Fitness Clubs across Canada. Patch also runs other gym chains under his Canadian brand, including Fit4Less, Éconofitness, and Oxygen Yoga & Fitness. He also owns Revo Fitness in Australia and CityFitness in New Zealand.

“What we’ve done is meet people where they live and help them get the best they can out of their life,” he explains. “People come to our clubs because they discover that they need to exercise, and by the way, you can enjoy it too.

“When I get up in the morning, it’s with the knowledge that I create an opportunity for a lot of people to do that, and my job is to continue to create that opportunity, to adjust to the times, to adjust to the exercise protocols that people want and need, to adapt the environment so that they win.”

Patch is passionate about highlighting the right to exercise as a basic human right, putting it alongside freedom of speech or the right to democratic choice. “It wasn’t until the pandemic that we saw it taken away from us for the greater good, and that’s created so many negativities, it’s unbelievable,” he says.

Mental wellbeing as well as physical fitness suffered as people were plunged into a state of isolation, unable to continue with the day-to-day activities to which they had become so accustomed. “People realized that they’d just lost one of their innate rights – to look after their health,” he continues, adding that those with less money and less space found taking care of this aspect of their lives even more challenging.

“We reacted to it with safety and cleanliness,” Patch shares. “We thought we were the cleanest clubs anywhere before, we’re even cleaner now. You don’t realize how much cleaner you can be until you’re forced to think about what perfection would be.” 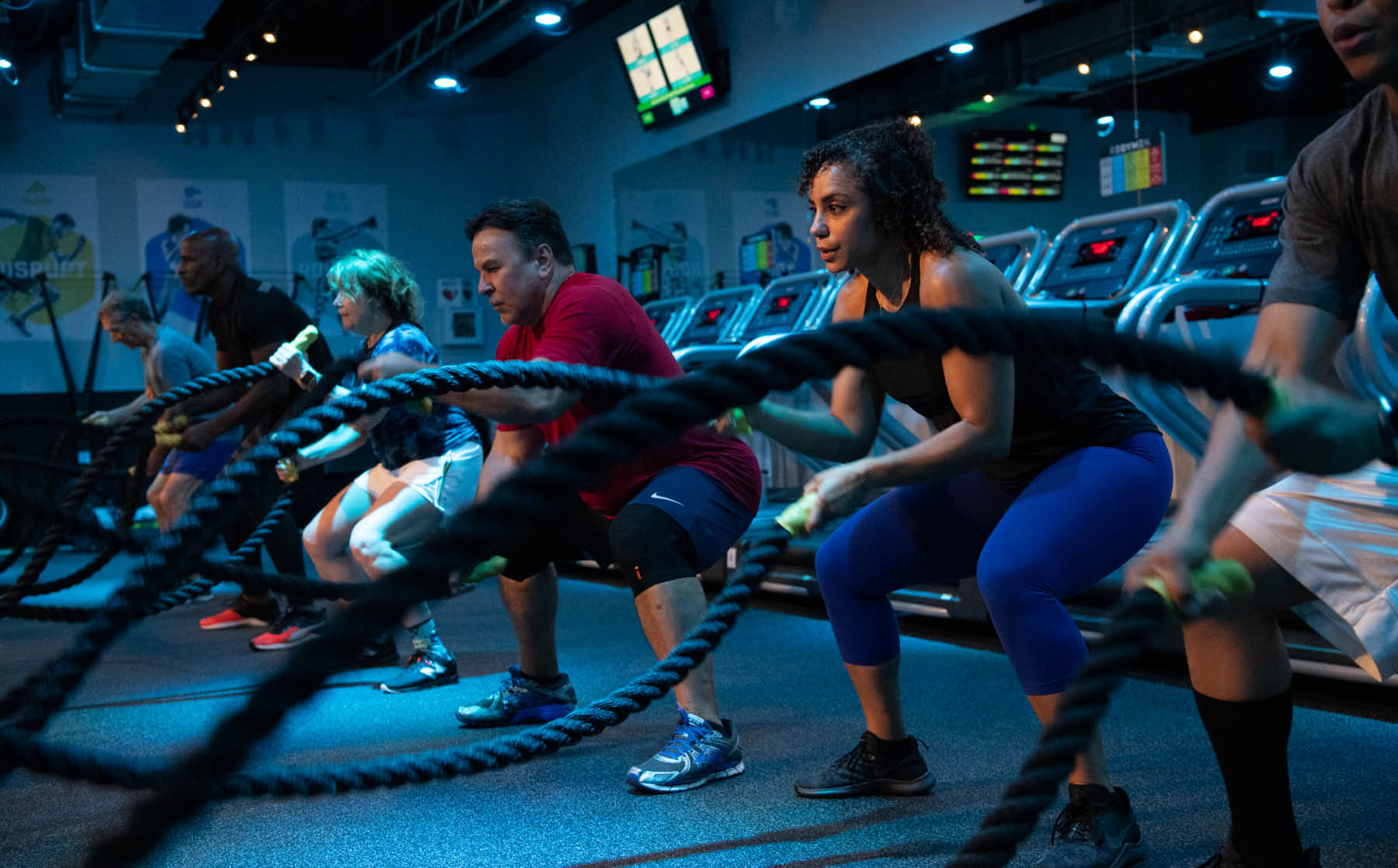 People realized that they’d just lost one of their innate rights – to look after their health.

Now, people are having to play ‘catch-up’ in order to return to their former levels of fitness. “If you haven’t been exercising, if you haven’t been looking after yourself for two years, you need to double-down and exercise more than you would have normally because you haven’t sustained your level of fitness,” he says.

“You’ve got to catch it back up, and that message isn’t out there. People don’t want to talk about the fact that you lost the right to exercise.” 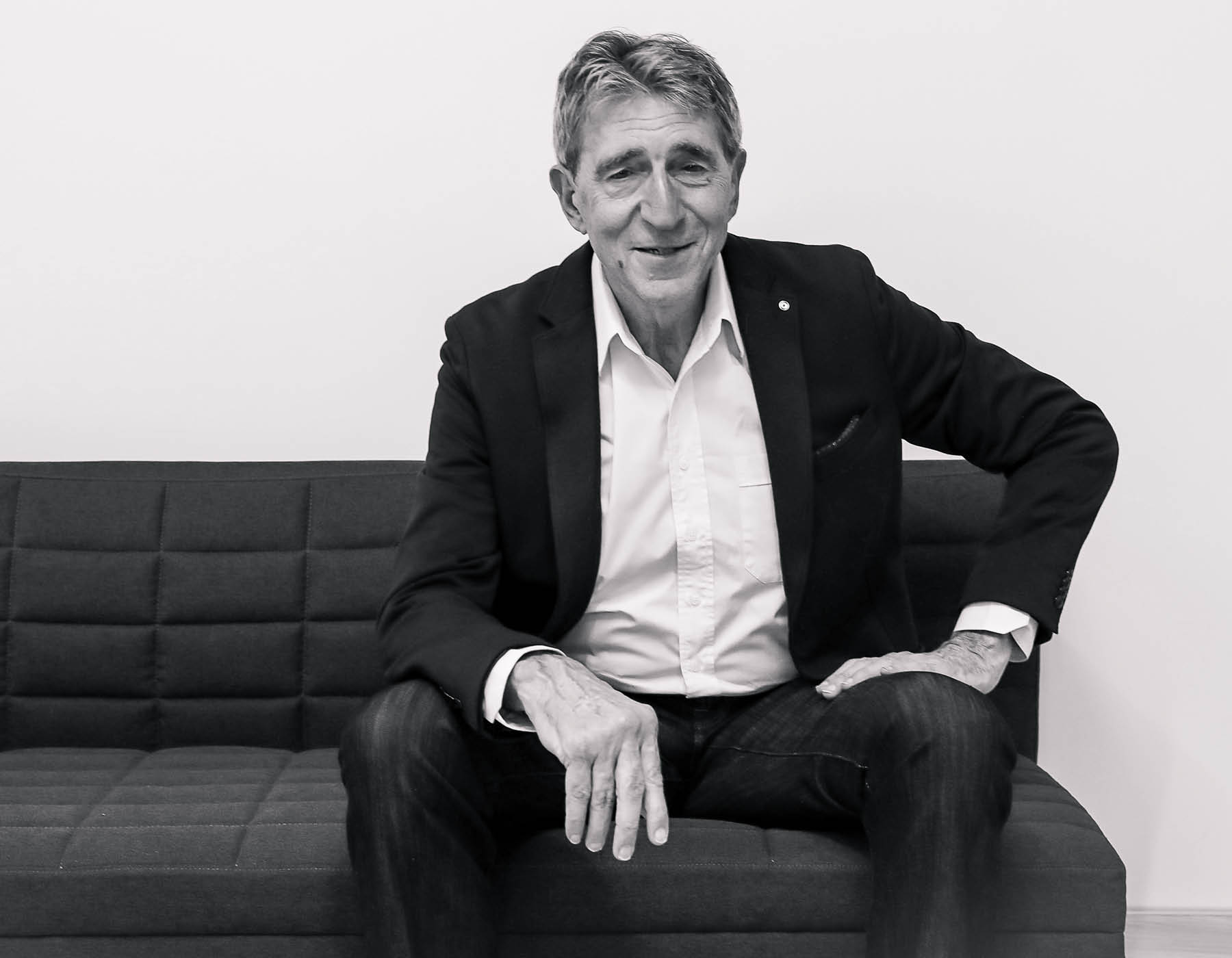 At the end of last year, GoodLife unveiled a new marketing campaign featuring ‘real people’ instead of sports models in what it described as a bid to reclaim fitness for everyone.

A nationwide casting call generated close to 3,000 applications, with the successful ‘fitfluencers’ featured in the campaign.

Despite this, people are still coming to the realization that they need to take care of themselves which is great news for GoodLife, but Patch is keen for the company to take a more positive stance in terms of its messaging. “The idea that if you don’t get in one of our clubs, things are going to get worse for you – that’s not great,” he insists.

“That wasn’t my purpose. My purpose was to take what was good and make it even better. What I want is for people to want us in their lives and enjoy the benefits of it. And so, we have an opportunity here to get a message out that health is good for you.”

Fundamental to helping GoodLife achieve Patch’s vision are the company’s people – divided between those physically present in the clubs, and those who support the fitness chain from the company’s headquarters in London, Ontario, or from their own home offices.

The transition from a 3,700-square-meter office to a hybrid working scenario, while delivering total flexibility to GoodLife’s staff, has come with its difficulties, he admits. “Our office was a huge beehive of connection. It was one of the most engaging places that I’ve ever been to – it just rocked,” he recalls. “But a lot of those people are working from home now.”

While the long term impact of this shift remains to be seen, for now the positives far outweigh the negatives. The offer of “total flexibility” has seen the company retain most of its people who have the vibrant company culture embedded within them. The challenge is to keep that sense of connection as new people come on board. “Maintaining that rhythm and connection is very important,” he stresses.

This is where leadership comes in and Patch is a true believer in both sacrifice and leading by example.

“Don’t put yourself above others,” he urges. “I like being with my team, being in the clubs, getting my hands dirty, working the front desk – and why wouldn’t I? I’m not going to ask people to do something I wouldn’t do myself.” 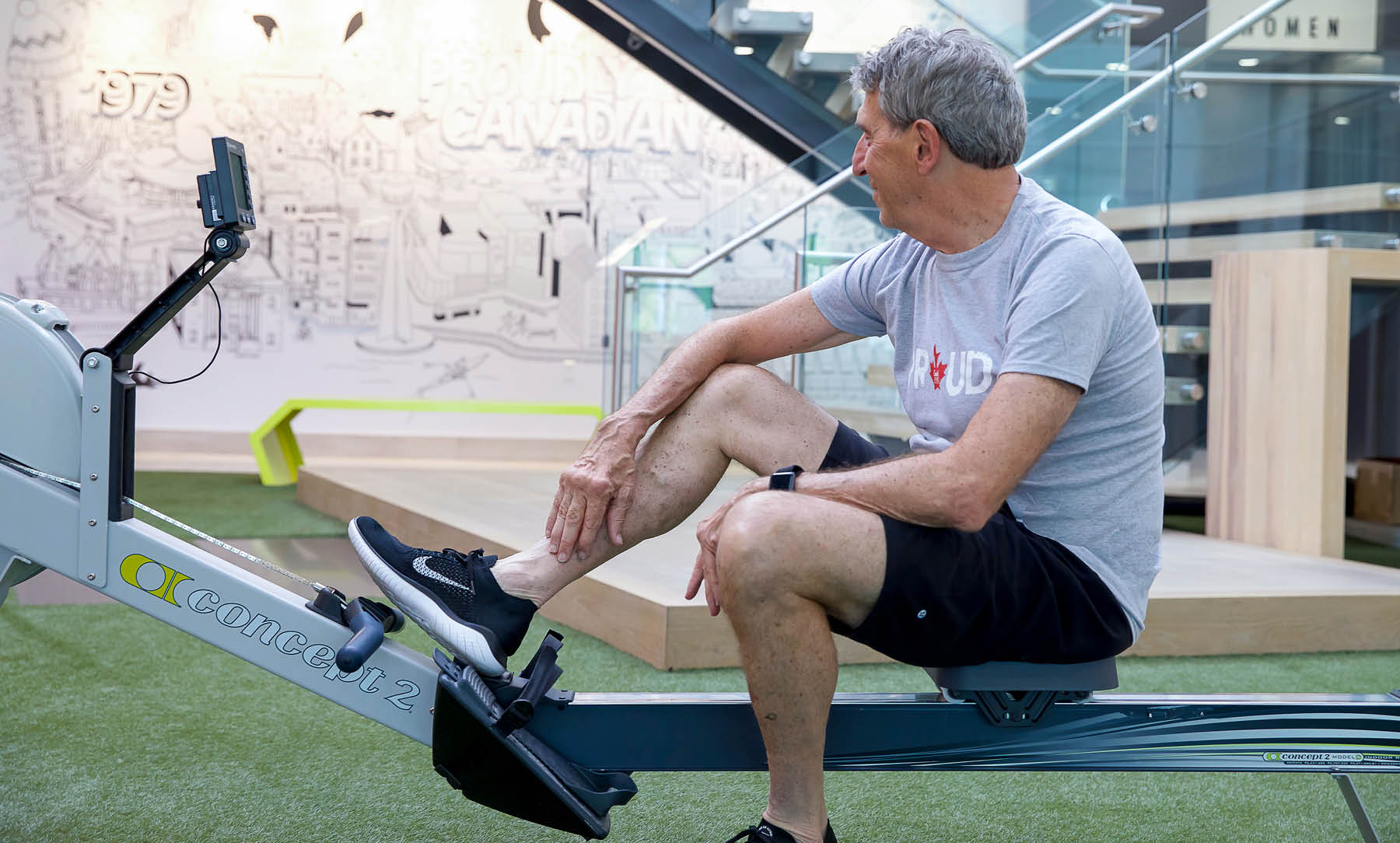 I’m not going to ask people to do something I wouldn’t do myself.

Resilience is another important factor – with practical measures in place in case an emergency occurs. As a skier, he compares it preparing to go out on the slopes.

To this end, Patch has worked tirelessly to elevate the entire fitness industry, creating Canada’s leading fitness education and certification body, canfitpro. “As the whole industry gets better, it makes people think ‘I should exercise’,” he says. “It’s just my job from that point on to do it as well or better than anybody else.”

Fit4Less and ÉconoFitness are two low-cost gyms in the GoodLife stable, where the company focuses on innovations in technology to give as many people as possible access to high-quality fitness facilities. “We lead by making it technologically easy to join, easy to leave, easy to get in the club, easy to get your membership,” he explains.

“We’re removing every barrier we can think of removing to make accessing a gym low cost and easy for everyone.”

Meanwhile at GoodLife, while removing barriers is also a priority, the focus is on the customer’s training needs and helping them to achieve their fitness goals, he explains. It works with Venngo to offer a “best in-class” corporate membership program and has also partnered with Canadian football team the Winnipeg Blue Bombers to further spread its message by “celebrating connection through football and bringing fitness opportunities to all Winnipeggers”.

“We get inside of your skin to make a difference to your interior motivation,” Patch says. “To do that we train the staff to be aware, to think of themselves as winners so that they can teach other people to be winners.”

With loneliness the latest pandemic to sweep the globe, GoodLife aims to make people “feel a part of something special”. “So all through COVID-19, our people stayed with us because that kind of culture is very rare in the world,” he continues. “It’s not a dog-eat-dog culture, it’s a team culture. We’re a movement.” 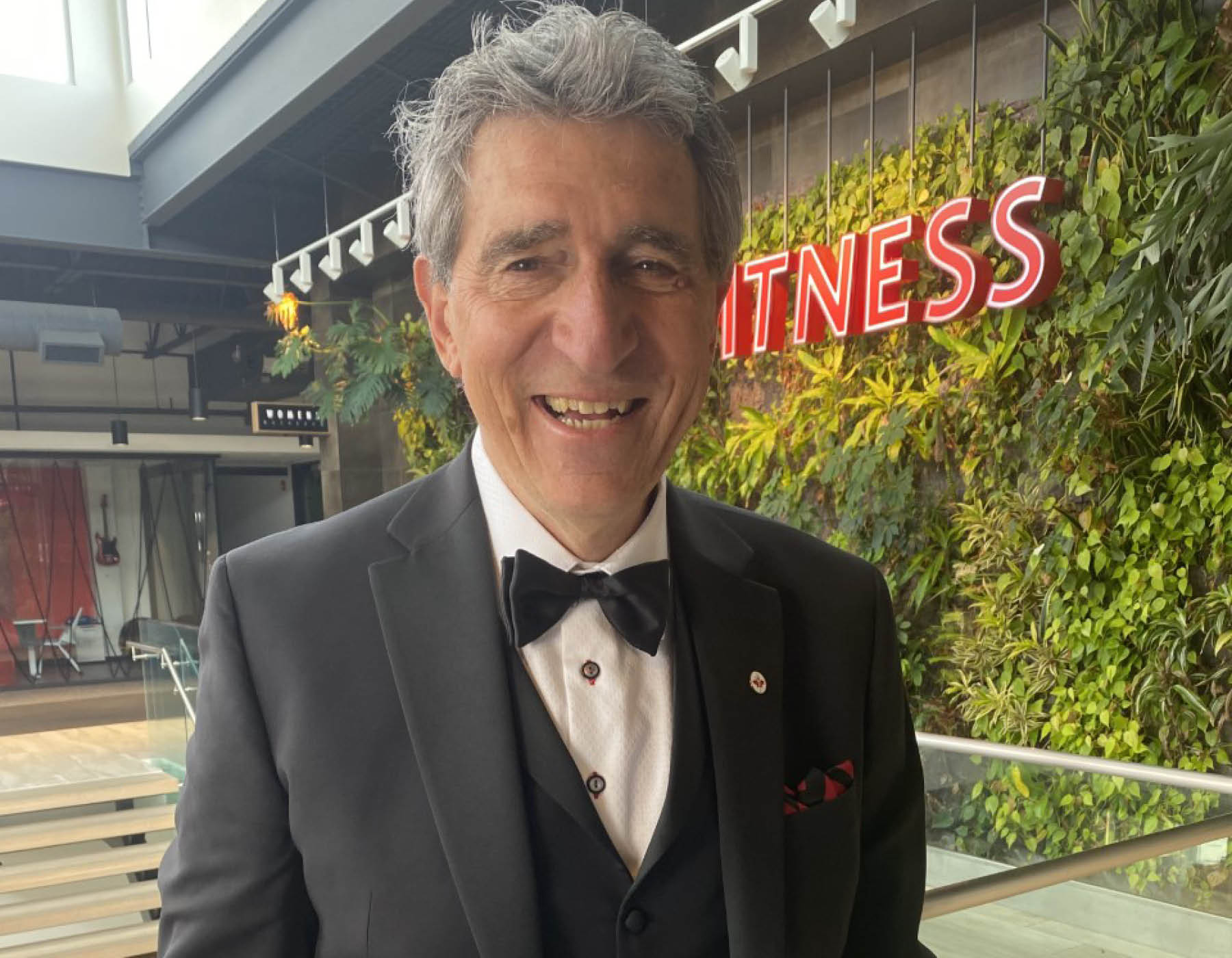 We’re removing every barrier we can think of removing to make accessing a gym low cost and easy for everyone.

It’s a people-centric focus that acts to differentiate GoodLife from the competition in an increasingly crowded space. Partnerships also play a crucial role in this, with the company working closely with long-term suppliers CORE Health & Fitness and Matrix to build a strong infrastructure of fitness equipment that caters to customers’ needs.

“Some people come in with an angle and they exploit the market for one year or five years, but I’m not playing a one-year or a five-year game. I’m playing a forever game,” Patch insists.

“If we just keep believing that we can make a difference by making people win, then everybody wins.” 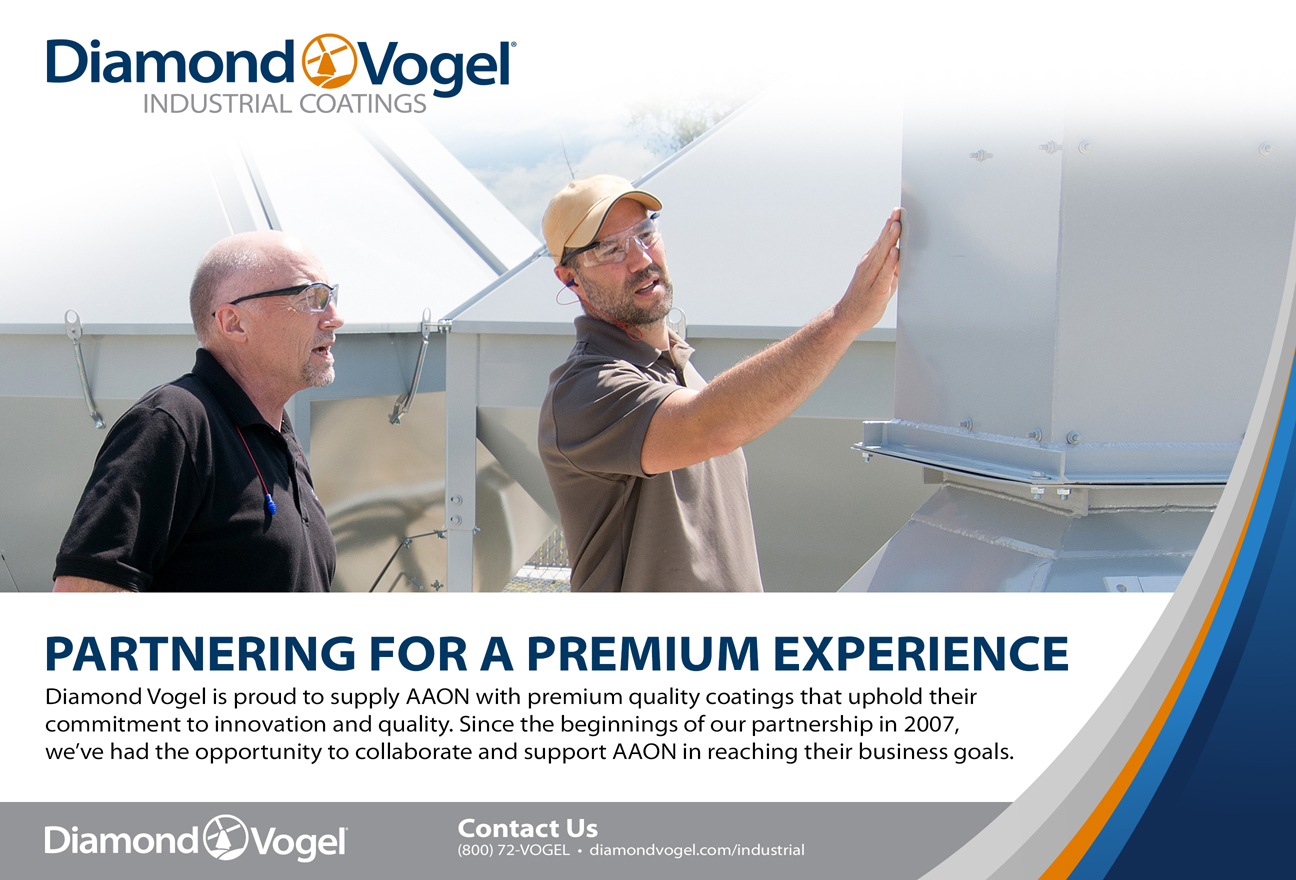 “Matrix is aligned with GoodLife Fitness in a partnership built on sincerity and transparency, which allows us to work together and adapt to each organization’s needs. GoodLife is a valued customer and we wish it continued success!” – Nasser Obeid, President, Johnson Health Tech Canada (Matrix Fitness) 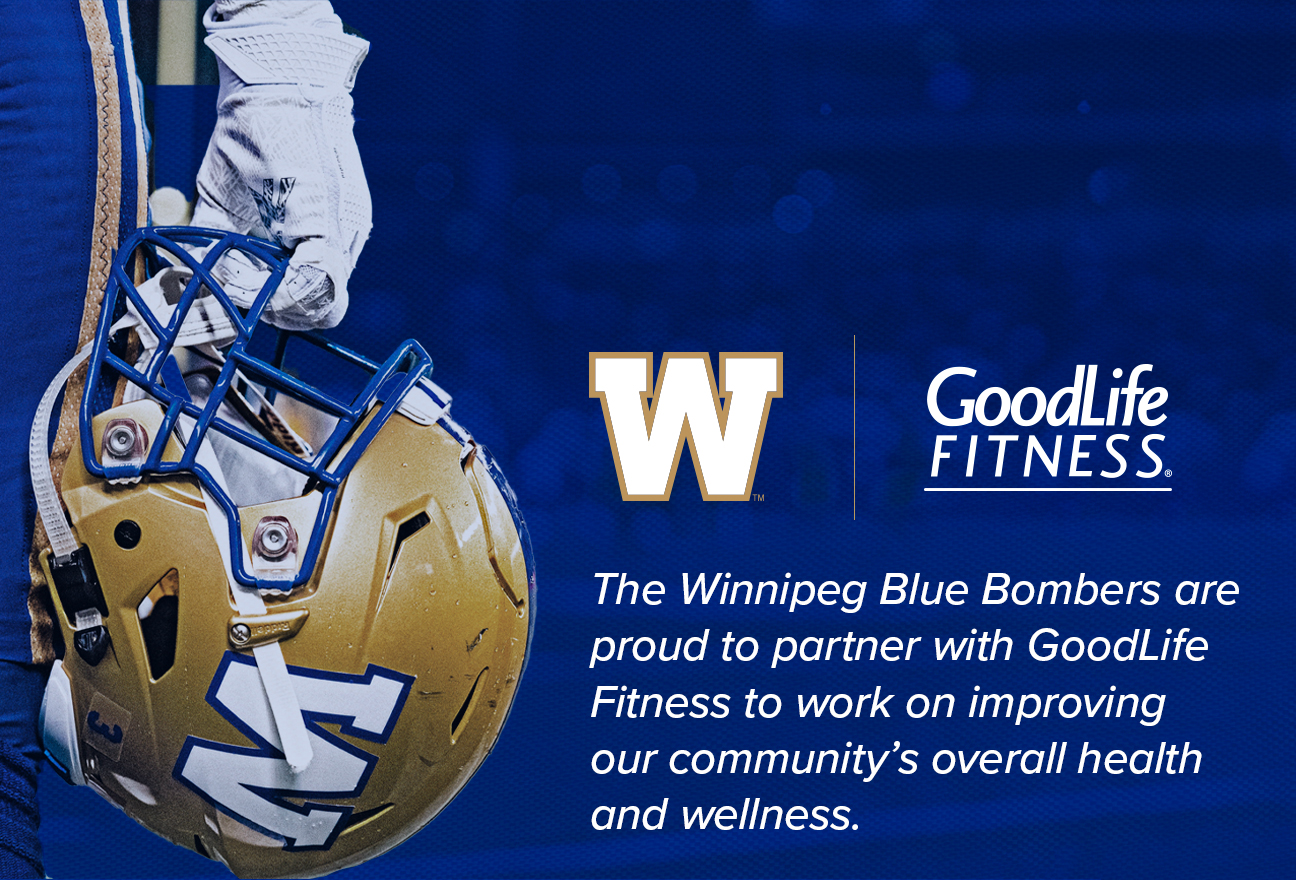 “We are proud to partner with GoodLife Fitness to develop and execute programs aimed at improving our community’s health and wellness. We believe that a healthy, active community benefits us all and are thankful for GoodLife’s innovative approach to building this.” – Wade Miller, President and CEO, Winnipeg Football Club 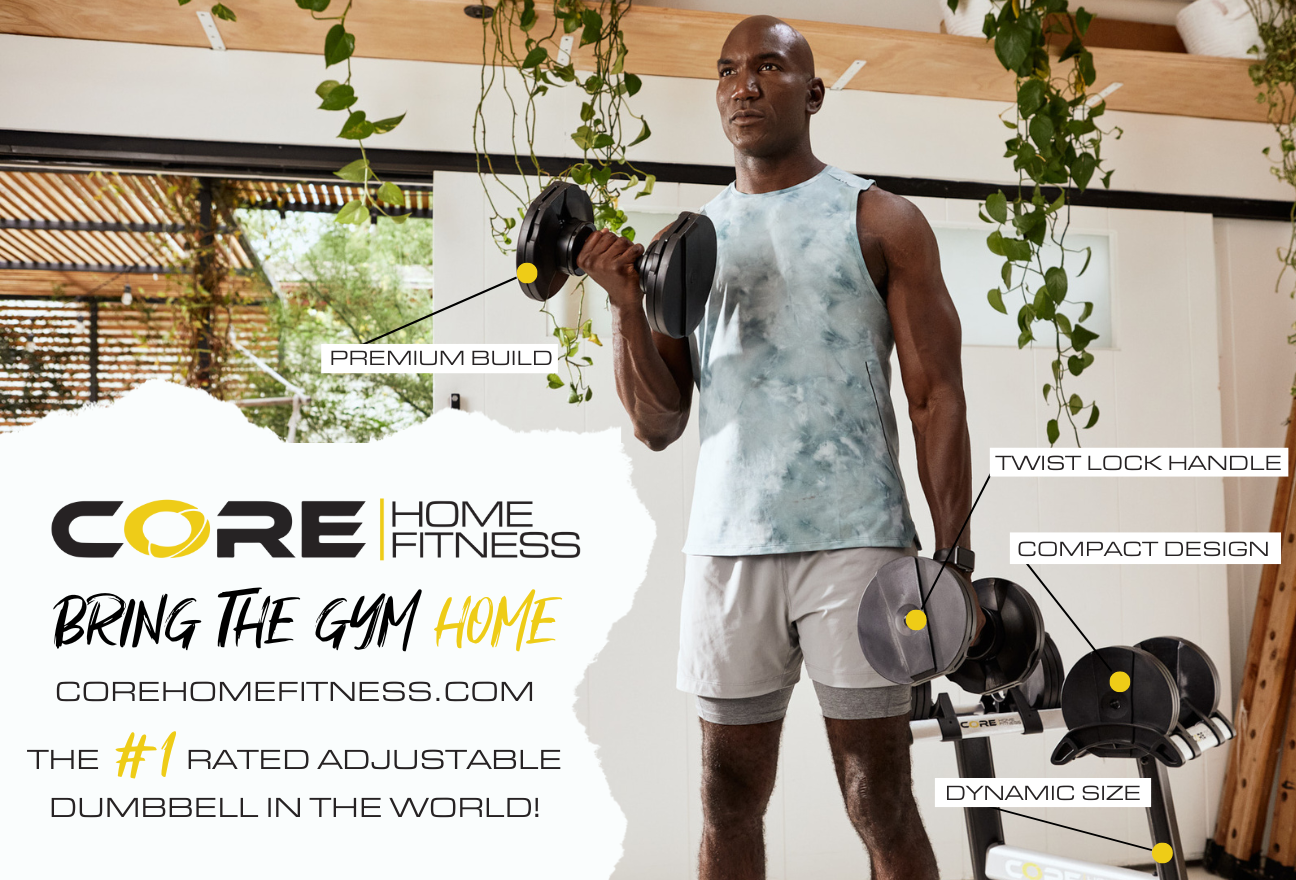 “Patch is one of the true gentlemen in the fitness industry. I’m honored to be able to call him my friend and business associate. His work outside of the industry is just as impressive as what he’s built inside of the GoodLife brand.” – Michael Bruno, Founder and Chair, Core Health & Fitness